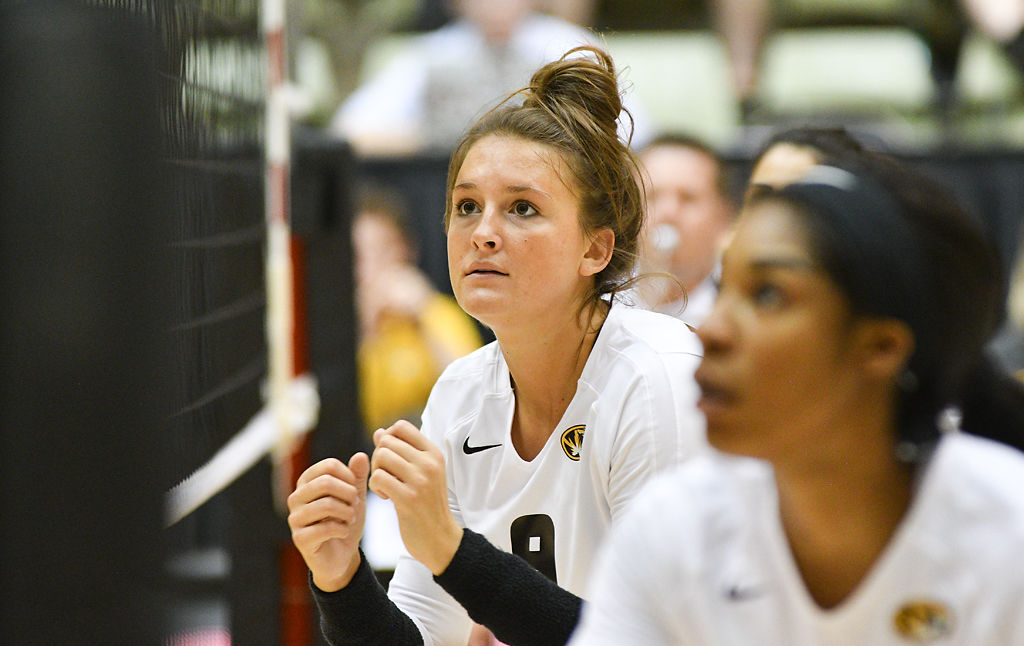 Missouri middle blocker Tyanna Omazic looks to make a block during a match against Kansas City on Sept. 14 at the Hearnes Center. Omazic had 15 kills Wednesday in Missouri’s win against Ole Miss. 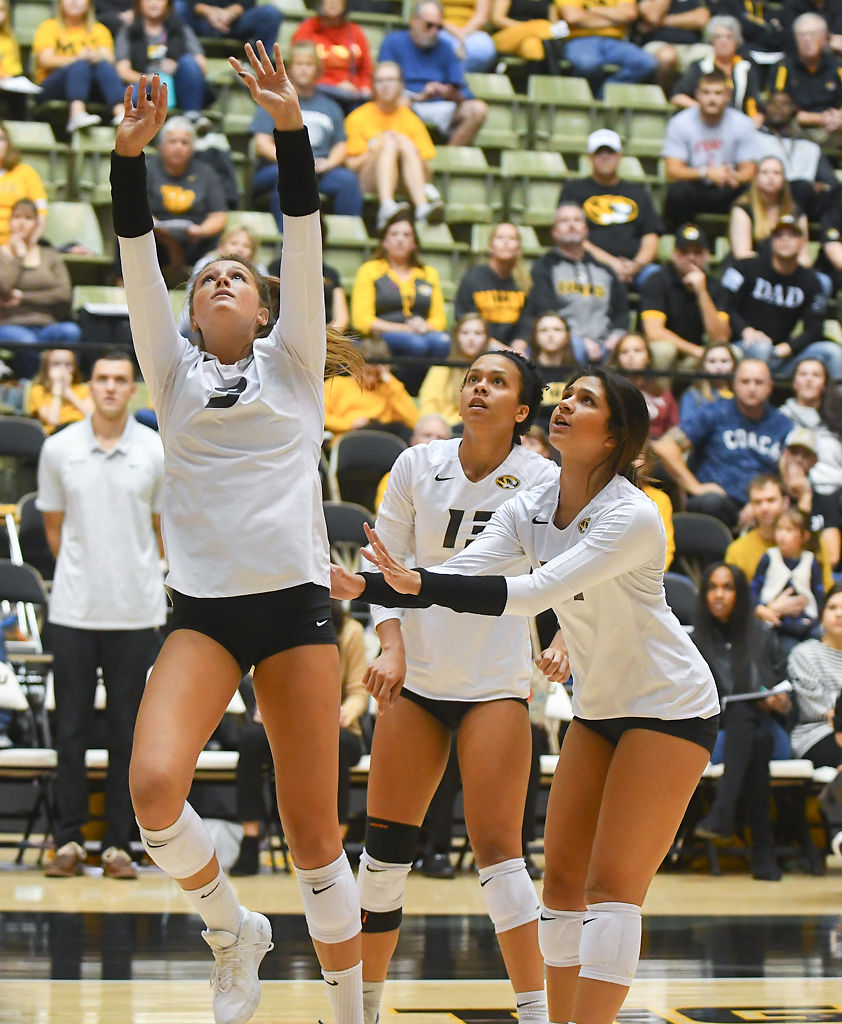 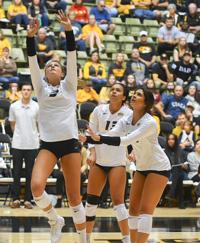 Missouri middle blocker Tyanna Omazic looks to make a block during a match against Kansas City on Sept. 14 at the Hearnes Center. Omazic had 15 kills Wednesday in Missouri’s win against Ole Miss.

Missouri volleyball followed up its heartbreaking loss to No. 12 Florida with a lifeless performance against Texas A&M last Sunday. Now, the Tigers find themselves without a clear sense of direction after two straight losses and losing its national ranking for the first time in eight weeks.

The next two matches will clear up how Missouri will respond. Two wins would solidify the team’s position as a top four team in the Southeastern Conference, but two losses could see the Tigers fall to as low as ninth in the SEC and in danger of possibly losing grip on a tournament bid.

The weekend begins with a matchup at Alabama at 7 p.m. Friday in Tuscaloosa. The Crimson Tide come into the match 12-9 on the year and 4-6 in conference play, good enough for ninth in the SEC. Alabama broke a four-game losing streak after defeating Ole Miss on Sunday in five sets.

Alabama is led by the trio of Doris Carter, Alyiah Wells and Hayley McSparin. Carter leads the group in kills with 176 but has hit an inefficient .176 this season. Wells has the second-most kills on the team with 162 on an outstanding .335 hitting percentage, which places her eighth in the SEC in the metric. McSparin is close behind with 149 kills on a respectable .292 hitting percentage.

However, the Crimson Tide rank in the bottom half of the SEC in just about every team statistical category. Alabama is 10th in hitting percentage and service aces and 11th in assists and kills. This bodes well for the Tigers, who are first in hitting percentage, kills and service aces and third in assists. Missouri’s offense has a clear advantage, but that has been the case for most of its matches. The real problem has been unforced errors.

The Tigers have had 61 total errors in their past two matches, which is over three-sets worth of free points given to their opponents The issue has been prevalent all year: Even during Missouri’s most recent four-game winning streak, the Tigers still committed 97 total errors.

The issue has been what interim coach Joshua Taylor calls a “lack of confidence.” When the team struggles, it really struggles. Slumps become common, and they snowball until the set is finished or the team loses the match altogether.

It looked like this issue had passed during Missouri’s most recent winning streak, but after leading 8-4 in the fifth set against Florida, it returned during the team’s collapse, which was defined by four unforced errors. It continued in the next match against Texas A&M, where Missouri put up two of its worst sets offensively of the entire season.

Missouri needs to turn things around quickly if it intends on keeping pace with the upper quarter of teams in the conference. It has a good chance to do so against Alabama, a team sitting near the bottom of the standings.

The Tigers conclude their three game road trip with a matchup at Georgia at 1 p.m. Sunday in Athens. The Bulldogs have caught fire since conference play began and have defeated both No. 18 Kentucky and Ole Miss, two teams the Tigers could not beat. The team is 9-2 in conference play, second best in the SEC. They also have an undefeated record of 7-0 at home.

The Georgia attack is led by the duo of Rachel Ritchie and Kacie Evans. Ritchie has 258 kills on the season, which ranks 10th in the SEC. Evans is right behind with 256 kills on the season but has committed 121 attack errors, dropping her hitting percentage to just .207. If Missouri’s blockers, led by Tyanna Omazic and Dariana Hollingsworth-Santana, can force Georgia to use Evans more frequently, the Tigers can take advantage of her mistakes.

Georgia’s defense also ranks in the bottom quarter of the SEC. The Bulldogs are last in the conference in opponents hitting percentage, allowing their competition to hit for an average of .230. Meanwhile, Missouri still ranks first in hitting percentage despite struggling in recent games. The Tigers hit for .309 on average, trailing only Texas’ .336 average for the best in the country.

The Tigers rank highly because both Omazic and Kayla Caffey are having outstanding seasons. Omazic has 192 kills on .410 hitting, an average that places her first in the SEC and 16th in the country. Caffey had tallied 116 kills on .373 hitting, good for fifth best in the SEC. Missouri needs to utilize both athletes if it intends on leaving Athens with a victory.

Following the road trip to Alabama and Georgia this weekend, the Tigers will be back at the Hearnes Center at 7 p.m. Nov. 15 for a rematch against the Crimson Tide.

How to watch: Stream online via WatchESPN

Cardinals pitchers Cabrera, Sanchez test positive, as other players have their report to camp delayed

Atlanta Braves give no indication of considering name change

Dodgers pitcher Price won't play this year because of virus