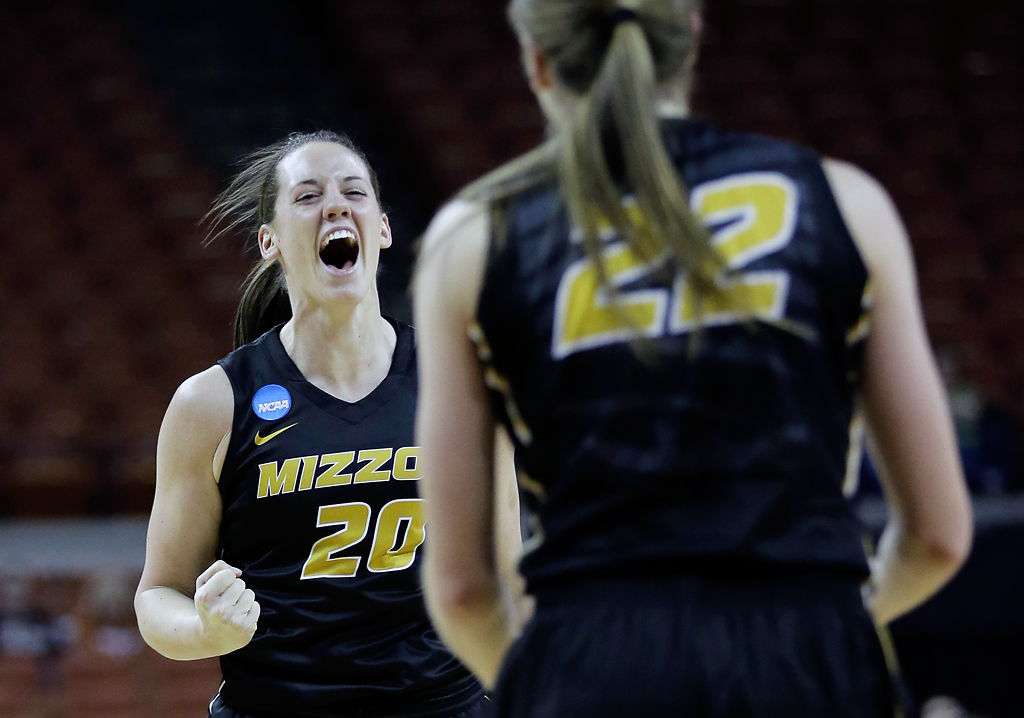 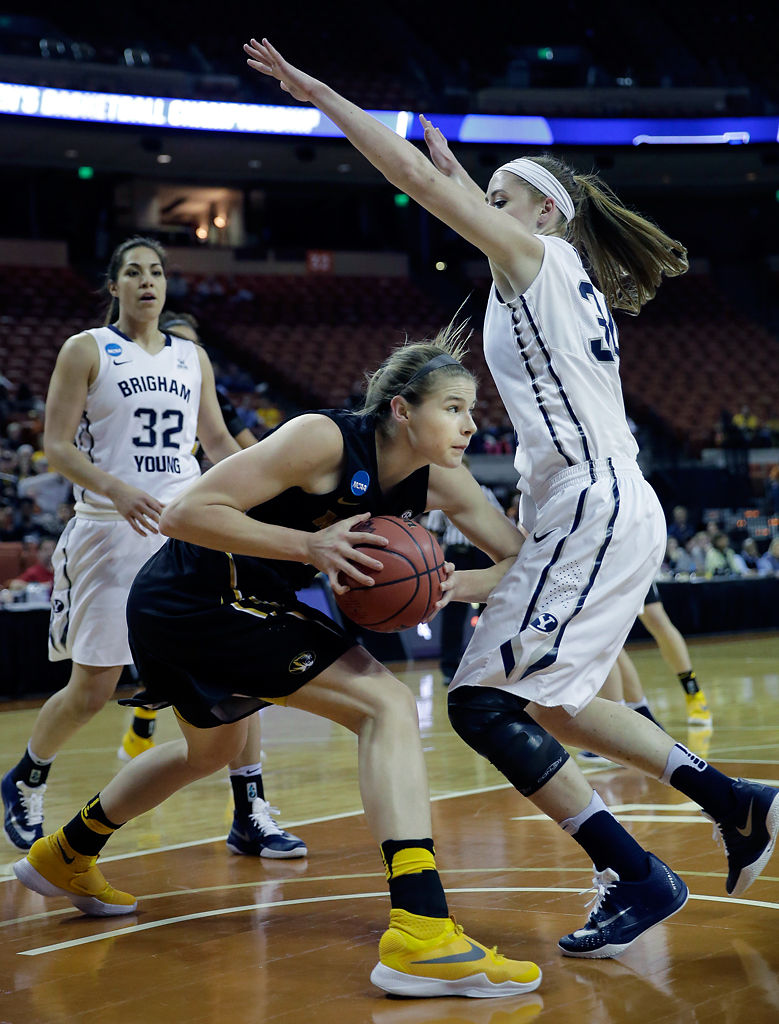 Missouri forward Jordan Frericks, center, is pressured by Brigham Young forward Micaelee Orton (34) as she looks to shoot during a first-round women's college basketball game in the NCAA Tournament on Saturday in Austin, Texas. 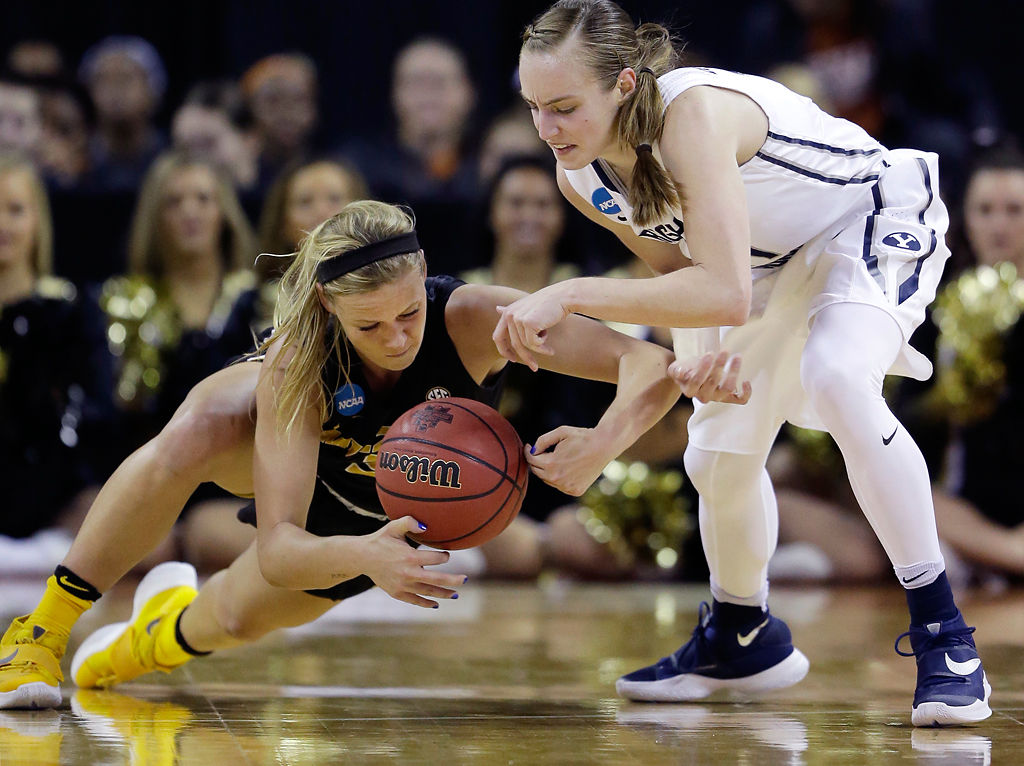 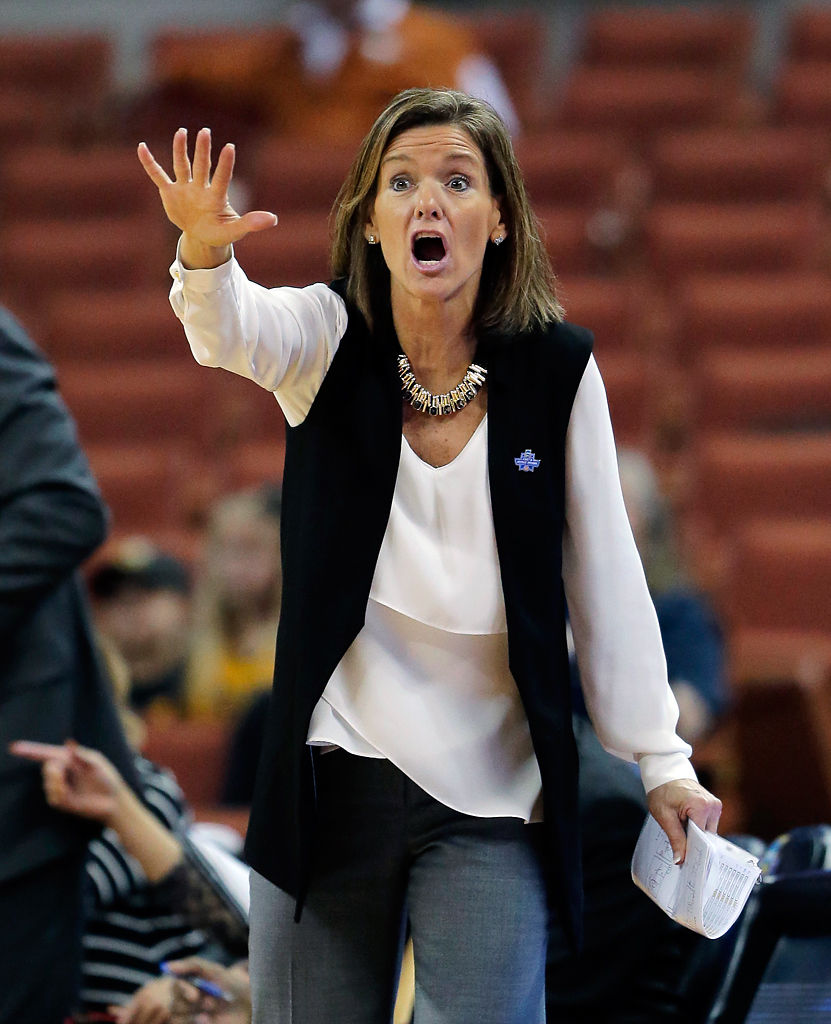 Missouri head coach Robin Pingeton signals to her players during a first-round women's college basketball game against Brigham Young in the NCAA Tournament on Saturday in Austin, Texas.

Missouri forward Jordan Frericks, center, is pressured by Brigham Young forward Micaelee Orton (34) as she looks to shoot during a first-round women's college basketball game in the NCAA Tournament on Saturday in Austin, Texas.

Missouri head coach Robin Pingeton signals to her players during a first-round women's college basketball game against Brigham Young in the NCAA Tournament on Saturday in Austin, Texas.

COLUMBIA — Stop me if you've heard this before: the Missouri women's basketball team is making history.

This time, it was in the NCAA Tournament. Ten-seed Missouri beat 7-seed BYU, 78-69, in the first round of the tournament Saturday night in Austin, Texas.

It was the Tigers' first NCAA Tournament win since 2001, and the first ever under coach Robin Pingeton. The victory also snapped a three-game losing streak.

Missouri led by 11 points going into the final quarter but got into dangerous foul territory. With less than three minutes left, the Tigers ' lead was cut to 64-62.

Senior guard Juanita Robinson dribbled the ball up the court under pressure from two Cougar defenders. Teammate Jordan Frericks came over to help but was pushed to the floor. Robinson twisted her body in a series of dizzying spin moves, her long black dreadlocks whipping back and forth, until she was inside the key.

There were two more BYU players waiting for her there. Robinson drew a foul in a five-player pileup that saw Sophie Cunningham and Morgan Stock hit the deck. While Robinson made two free throws, Cunningham stood by the sideline watching Pingeton draw plays on a clipboard.

Whatever Pingeton drew worked. Missouri's physicality held up, and the Tigers scored 12 of their final 14 points at the free throw line.

After the game, Pingeton said she was proud of her team for "bending but not breaking."

"I never saw that look in the eye that made me concerned," she said. "I felt like they knew what they needed to do to finish it off and really proud of them for doing that."

Despite 19 turnovers, the Tigers' strong post play was the difference-maker. Frericks, Missouri's leading rebounder, set the tone early and pulled down a game-high nine rebounds. Missouri outscored BYU by 10 in the paint, and dominated on the boards 30-20.

BYU attempted to set the pace on offense early in the first half, with all five starters getting on the board before the first media timeout. Missouri responded in kind, thanks to dominant post play from Frericks and outside shooting by Stock and Robinson.

At halftime, Missouri led 35-31. Both teams were shooting 50 percent, but the Tigers held the Cougars to just 1-8 from beyond the arc.

The Tigers' second-half strategy remained the same, but this time with Cunningham taking the ball to the rim.

This was Rydalch's fourth NCAA Tournament and Cunningham's first. For the first 20 minutes, it looked like experience would win out. Rydalch scored 15 of her 22 points in the first half while limiting Cunningham to a single field goal. But then the momentum shifted.

Cunningham exploded with 17 points in the second half, including four layups in the first four minutes. She danced around Rydalch with ease, even flipping in a contested reverse layup to give Missouri a 10-point lead.

"Offensively, first half, obviously wasn't falling for me," Cunningham said, "but my teammates picked me up and I just wanted to get it back for them on the defensive end. Second half, it started to click."

The Cougars made a 7-0 run over the first 2:30 of the final quarter to give the Tigers a scare, but Missouri was able to clamp down on its fouling issues. BYU was not. Rydalch and Cassie Broadhead both fouled out in the final minute.

Both teams combined for 13 points over the final 46 seconds in what was essentially a race to the free throw line. Missouri won that race and survived to move on to the second round.

"It's just an awesome thing for our program to feed off of, and I think it's just so exciting that we're back, back at it," Frericks said. "It's on to the next game now and so we want to keep making that history, so it's going to be a fun ride."

'Out of my body': Osaka sharp in debut at Tokyo Olympics

DeChambeau, Rahm out of Olympics after positive COVID tests