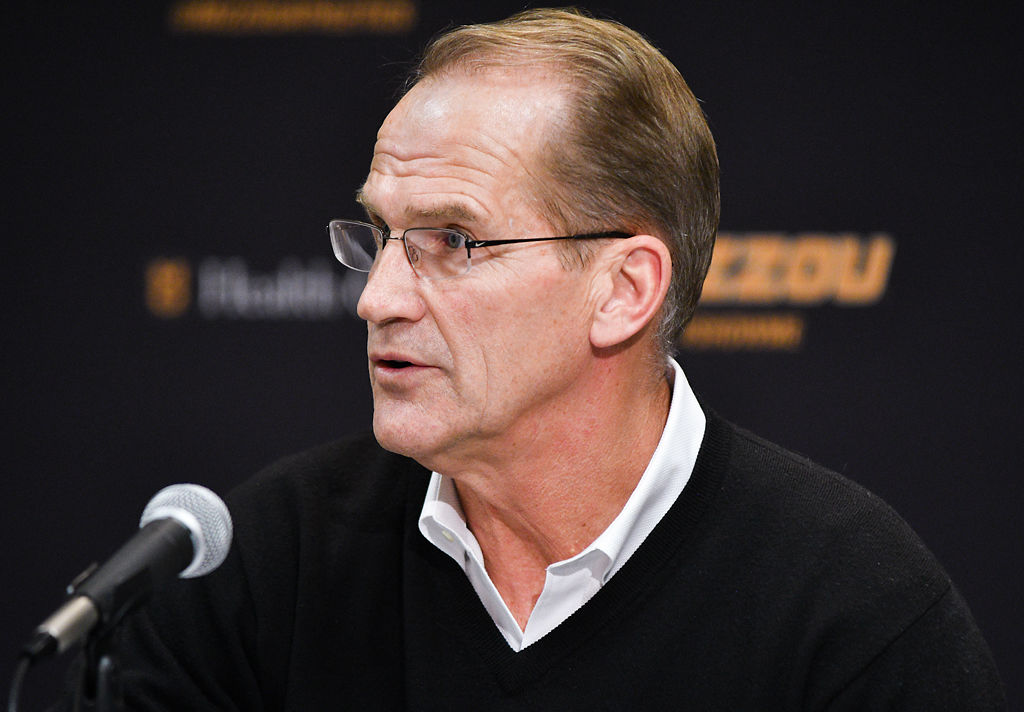 Missouri athletic director Jim Sterk announces the firing of football coach Barry Odom on Nov. 30 in the Mizzou Arena media room. Sterk spoke with media Thursday about how MU Athletics is preparing for normal operations to resume in the future. 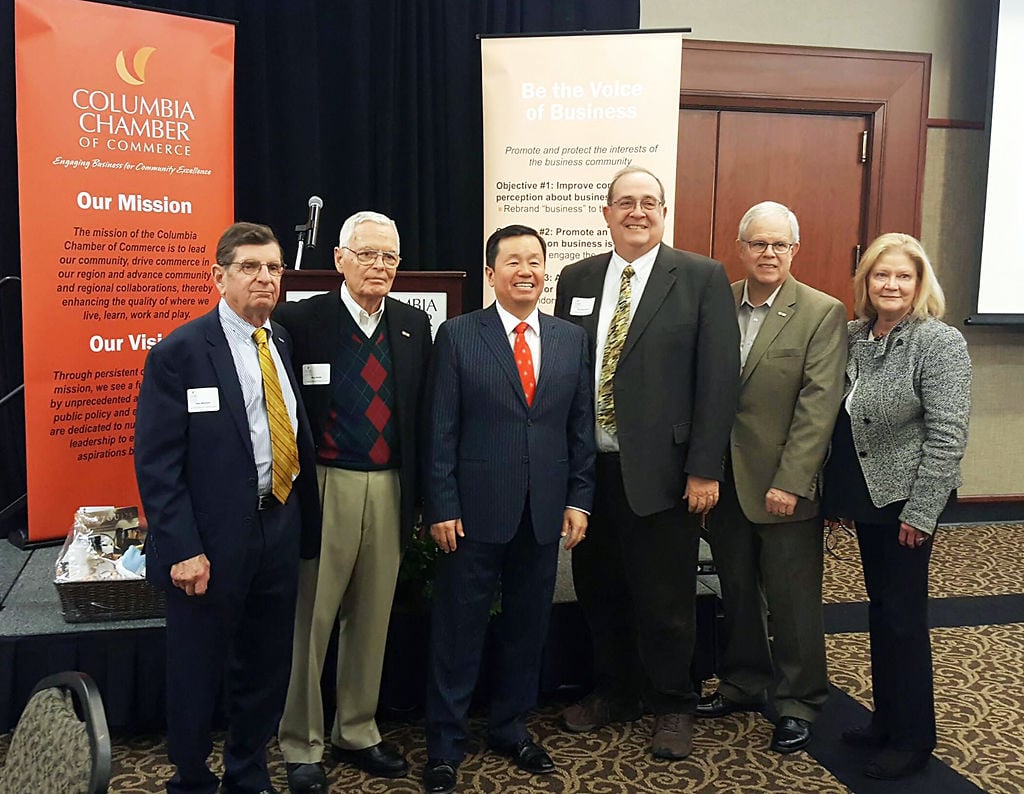 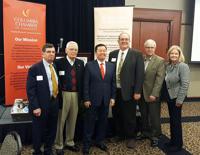 Missouri athletic director Jim Sterk announces the firing of football coach Barry Odom on Nov. 30 in the Mizzou Arena media room. Sterk spoke with media Thursday about how MU Athletics is preparing for normal operations to resume in the future.

Missouri Athletics Director Jim Sterk gave media members a glimpse into life in his pandemic-era workplace over Zoom on Thursday, pointing out a small green sticker in the middle of his shirt.

It means he’s had his temperature checked, and that he’s okay to be at the Missouri Athletics facilities for the day.

It makes him “legal for today,” he said.

It’s one of the several changes he and the department have made on the way to resuming normal operations as the COVID-19 pandemic continues. Sterk, as well as UM System President and interim Missouri Chancellor Mun Choi, spoke about a number of facets of returning to normalcy Thursday. Choi met with the Columbia Chamber of Commerce at mid-day, and Sterk held a media availability later in the afternoon.

In Thursday’s discussion with the Chamber of Commerce, Choi noted that date as when the presidents and chancellors from all 14 SEC schools will vote on whether or not to bring student-athletes back to campus on June 1, or to extend that until a later date. In early April, the SEC suspended all athletic activities through May 31.

“I don’t know where (the decision is) going to end up,” Sterk said. “But we’ll adjust and make sure that we try to keep everyone safe and do the best things we can to keep from anything, if that happens, anything spreading and so those will be protections that we’ll have to take.”

Assuming student-athletes do return in June and that athletics resume as normal in the fall, there are still many issues to be resolved, and Sterk admitted Thursday that doesn’t have a lot of answers right now. But he and Choi stressed several of the same keys: comfort, safety and adaptability, among others.

One thing that is certain is the athletic department, like every other department in the university, will have to cut 12.5% of its budget for the upcoming fiscal year, even as it adds about $300,000 to scholarship funding to bring back 12 seniors who play spring sports. Those 12 have accepted the NCAA’s offer of an extra year of eligibility granted to seniors who were denied their last season of intercollegiate play when the pandemic shut down sports in March.

Sterk said the department has had frequent budget discussions, and that it will be taking some action that could include “HR tools” such as furloughs and layoffs.

Separately, Choi noted that the department has been “forward-thinking” when it comes to budget cuts, and he estimated that all coaches who make $200,000 or more annually, as well as department administrators, have agreed to a 10% cut in salary over the next three months.

“They’re planning for some deep cuts because they recognize that they don’t operate on an island,” he said. “They’re part of the University.”

While nothing was confirmed, Choi said the department has discussed cutting certain positions in the athletic department, as well as decreasing discretionary spending. But Sterk noted that the department isn’t considering cutting any of its 20 sports programs.

For now, Sterk and the rest of Missouri’s staff are doing what they can to bring sports back to MU’s campus.

They’re starting their days with temperature checks in designated medical areas, and adhering to social distancing. New head football coach Eliah Drinkwitz is bringing his offensive staff in to work in the mornings, and his defensive staff in the afternoons at the recently re-opened South Endzone Facility. And women’s basketball coach Robin Pingeton, as Sterk put it, “has been getting some great recruits through Zoom.”

The athletic director said jokingly that Missouri might not let anyone travel anymore for recruiting because of it. But he noted that some of his staff have found ways to do their jobs better, and more efficiently, because of this situation.

“And maybe there are some things like that that we can continue to do as we move forward,” he said.

How MU classes will be taught this fall will probably be decided by July 15 or sooner, Mun Choi said Thursday.