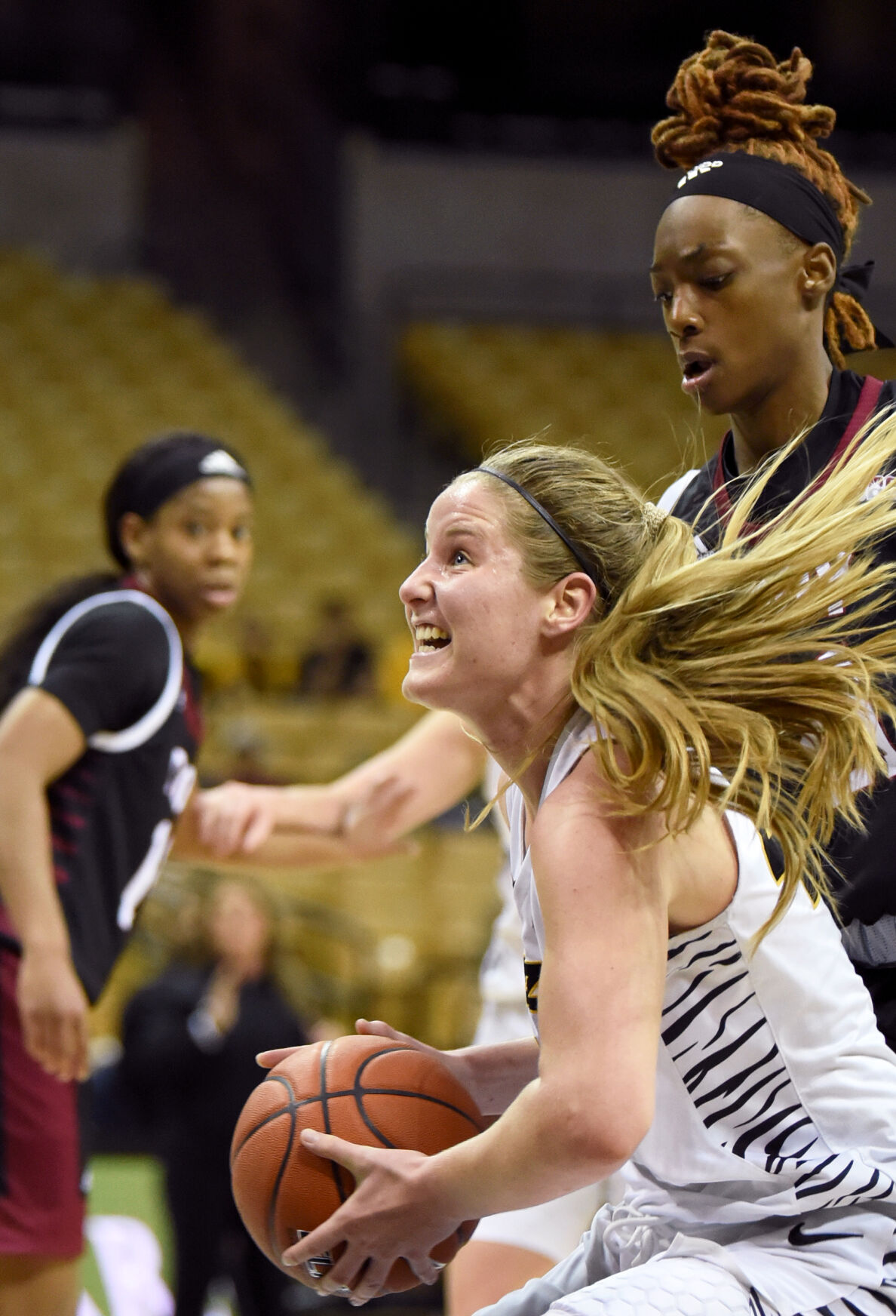 Missouri forward Hayley Frank drives the ball to the basket at the MU women’s game Tuesday in Columbia. Mizzou won, with a final score of 76 to 63. 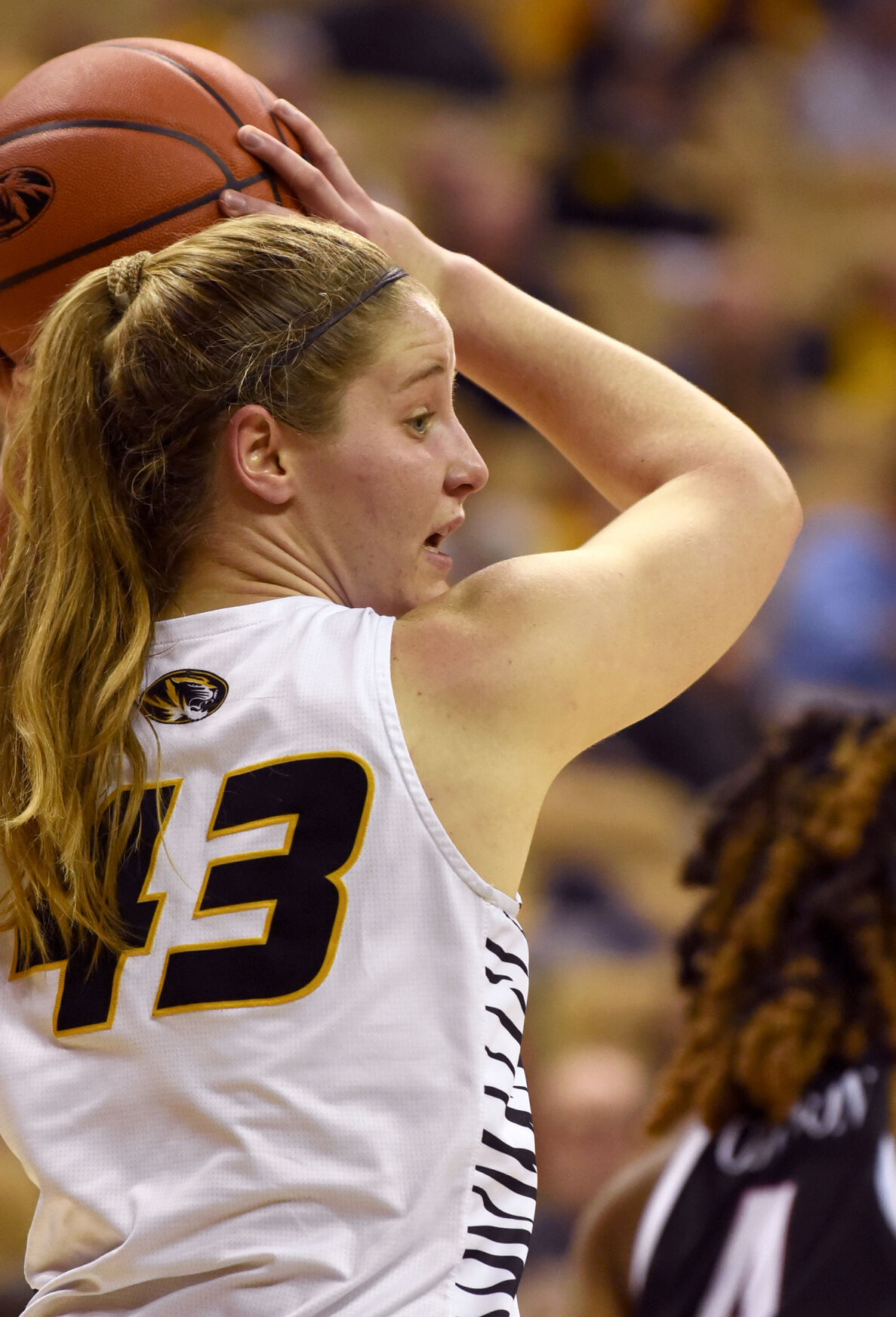 Missouri's Hayley Frank looks for someone to pass to Tuesday at Mizzou Arena in Columbia. Frank scored 20 of Missouri's 76 points against Troy. 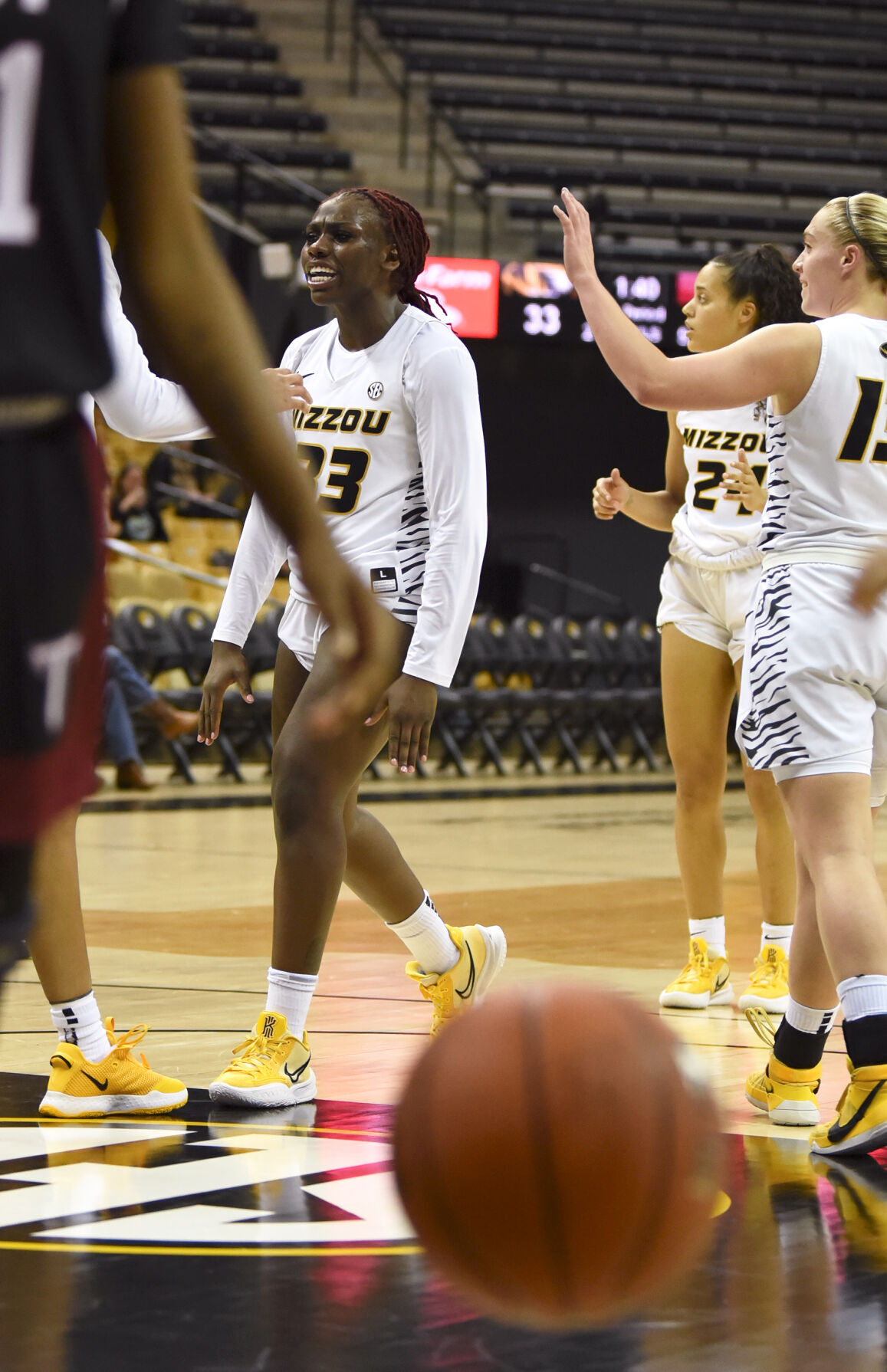 Missouri's Aijha Blackwell scores on Tuesday at Mizzou Arena in Columbia. Blackwell had 19 points in the game against Troy.

Missouri forward Hayley Frank drives the ball to the basket at the MU women’s game Tuesday in Columbia. Mizzou won, with a final score of 76 to 63.

Missouri's Hayley Frank looks for someone to pass to Tuesday at Mizzou Arena in Columbia. Frank scored 20 of Missouri's 76 points against Troy.

Missouri's Aijha Blackwell scores on Tuesday at Mizzou Arena in Columbia. Blackwell had 19 points in the game against Troy.

Troy came into Tuesday night’s game against Missouri women’s basketball leading the nation in rebounding, pulling in 53½ boards per game and besting its opponents by an average of 14.

“They are a very athletic team,” Missouri head coach Robin Pingeton said. “Their athleticism is something you can’t really simulate in practice and something that prepares us for the future.”

Missouri’s Aijha Blackwell didn’t let that happen to the Tigers. She grabbed 18 rebounds as Missouri outrebounded Troy by four on the way to a 76-63 victory to improve to 5-0.

“It’s about being relentless on the boards,” Blackwell said. “I’m just doing whatever my team needs me to do.

As usual, Missouri went to its stars early. Hayley Frank and Blackwell got the Tigers out to an early six-point lead with a barrage of shots from beyond the arc. They both finished with seven points in the first.

The game changed when Troy brought senior forward Jhileiya Dunlap off the bench. She showed impressive touch from the outside for her size knocking down two first-quarter 3s while being a menace on the defensive end with three first-half blocks.

MU ended the quarter with momentum on its side as LaDazhia Williams knocked down a free-throw line jumper at the buzzer to give the Tigers a five-point lead.

Troy established what it wanted to do in the second quarter. Tiyah Johnson got hot knocking down two 3s as the Trojans closed the five-point gap to a tie game by halftime. Troy also began grabbing offensive rebounds after only getting one in the first quarter.

Missouri was its own worst enemy in the second quarter. It turned the ball over six times in the quarter and eight overall in the half, which led directly to 12 points for Troy.

Bright spots in the first half included Blackwell, who had 12 points and eight rebounds along with guard Mama Dembele. Dembele made two first half 3-pointers and Pingeton thinks that’s going to be “huge” in opening up the offense.

“She (Dembele) looked real confident with her shots tonight,” she said. “She brings so much value to this team outside of scoring so her misses aren’t going to make or break us.”

The third quarter was not one for the offensive mind. Both teams struggled on that end of the floor as the Tigers defense bothered Troy, as the Trojans shot 31% from the field during the period.

Unfortunately for Missouri, it could not take advantage of that and extend its lead as the offense turned the ball over six times. The Tigers still went into the fourth with a four-point advantage.

The fourth quarter was exactly the same — a dog fight. The difference was an intentional foul on Dembele that gave the Tigers two free throws and the ball with a little under 90 seconds left. Missouri turned that into a four-point possession before icing the game at the free-throw line.

The one consistency on the offensive end in the second half was guard Haley Troup. Troup tied Frank with a game high of 20 points, which was a high mark for her in the early part of the season. Twelve of those points came after the second half including some key shots in the fourth quarter when the game was in the balance.

“I came into the game with confidence,” Troup said. “Luckily my shots were falling and hopefully we can keep it going in the tournament.”

The Christmas City Basketball Tournament will be the next time Missouri sees the floor. The four team event includes Columbia, Rider and the host Lehigh. Pingeton is looking forward to her team getting a chance to take a trip together.

“This is an awfully close-knit group,” she said. “When you travel, though, it’s a different kind of time you get to spend together.”

What: Missouri vs. Columbia Univerisity