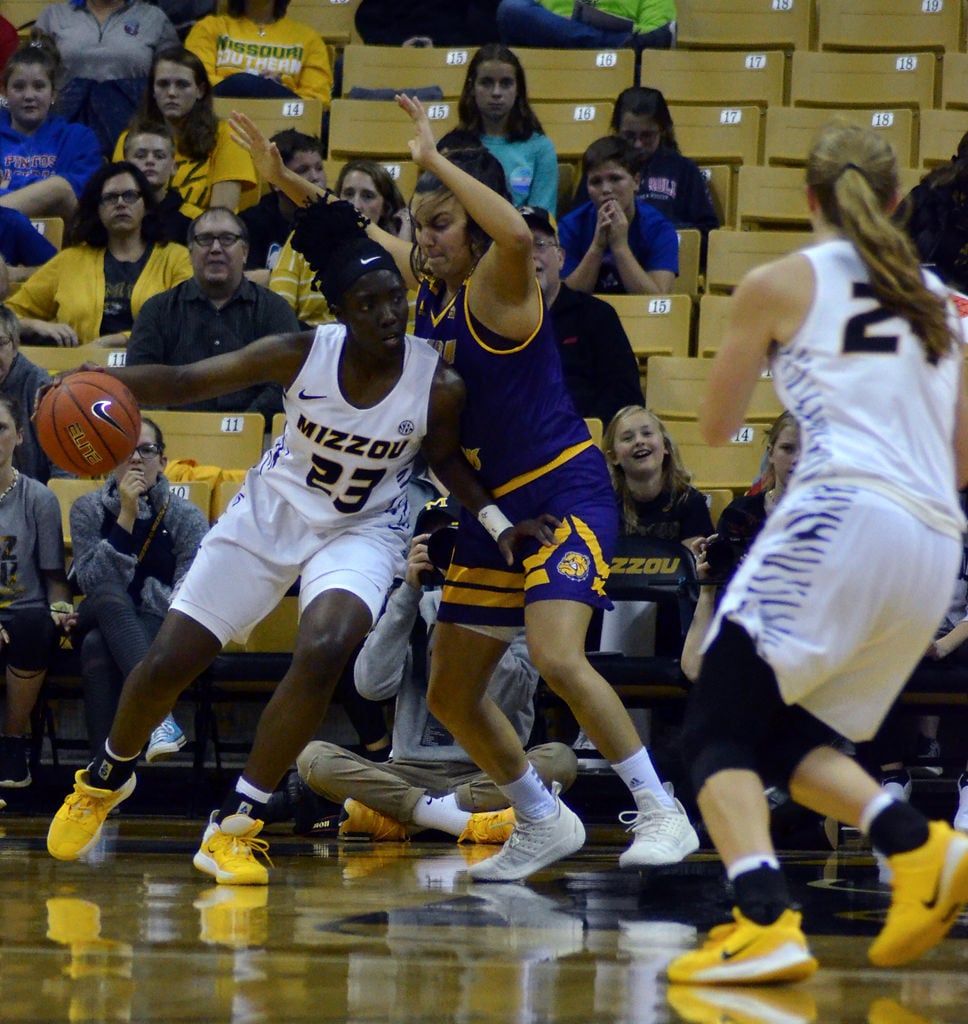 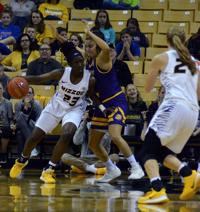 Amber Smith posts up on Western Illinois’ Carla Flores during a game Tuesday at Mizzou Arena. Missouri won its first game of the women’s basketball season. 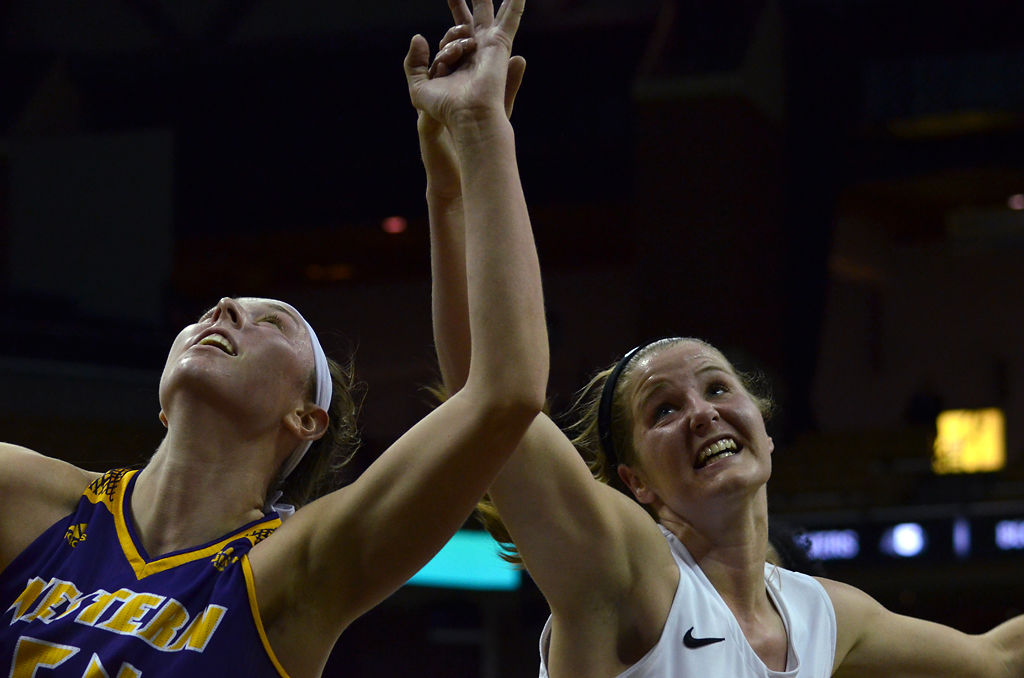 Hayley Frank battles for a rebound against Evan Zars during the fourth quarter of Tuesday's game at Mizzou Arena. Frank, a highly-touted recruit, was making her collegiate debut.

Amber Smith posts up on Western Illinois’ Carla Flores during a game Tuesday at Mizzou Arena. Missouri won its first game of the women’s basketball season.

Hayley Frank battles for a rebound against Evan Zars during the fourth quarter of Tuesday's game at Mizzou Arena. Frank, a highly-touted recruit, was making her collegiate debut.

Amber Smith tried to fight through the traffic in front of the basket, but it was no use.

As the fourth quarter dwindled to a close, the Missouri women’s basketball senior could not find her way to the rim for a game-winning shot. Instead, despite entering the night as huge favorites while opening the new season at home, the Tigers and Western Illinois were headed to overtime.

Although Missouri took care of business in the extra period Tuesday, escaping with a 97-89 victory, few would have predicted the Leathernecks to hang tough at Mizzou Arena the way they did. The result showed Missouri, which beat Western Illinois by 25 on the road in last year’s season opener, just how far it still has to go to reach its true potential.

After coming off the bench in each of the team’s exhibition games, touted freshmen Aijha Blackwell and Hayley Frank each were named in Tuesday’s starting lineup, but neither could make much of an impact in their collegiate debuts.

Blackwell racked up two fouls in the first three minutes of the game, exiting for the remainder of the half after missing her first three field goal attempts. She returned with little improvement in the second half, playing just six more minutes and scoring a single point before committing her fourth foul.

“She just wants to help our team get better and compete for championships,” Missouri coach Robin Pingeton said of Blackwell. “She’s a competitor. She’s got to learn what you can get away with and what you can’t, and make adjustments.”

Pingeton expressed a similar patience with Frank, who impressed with nine first-half points before fouling out early in the fourth quarter.

“They’re both such competitive kids; they’ve got high expectations for themselves,” Pingeton said. “I think as a coach I probably should have pulled them aside before the game and just made sure they were breathing and not too hyped.”

Western Illinois took advantage of Missouri’s struggles to hang close throughout the first half, going to the locker room down 46-44. The alarm bells started ringing in the third quarter when the Leathernecks began on a 12-2 run, extending their lead to as much as nine.

“We were just playing in rhythm, we were playing at the pace we wanted,” coach JD Gravina said. “I thought (Missouri) got tired in the third quarter and then we were just pushing the ball, and a couple times we just took it right down, dribbled right in and got a layup.”

The Leathernecks were buoyed by a robust crowd of their own supporters in Columbia, many of whom had come to see the team’s two players from Mid-Missouri. Danni Nichols, a former Hickman star, marked her return home with 14 points while Elizabeth Lutz of California, Missouri, provided six points in 10 minutes off the bench.

“We’ve been talking about it for a long time,” Nichols said of her and Lutz playing so close to home. “We’ve both been really excited about coming and playing here. And we knew a bunch of our families and friends were going to come, so we were trying to get as many tickets as we could to split between us.”

Missouri battled back in the fourth quarter behind Amber Smith, who satisfied her preseason hype with 27 points and 15 rebounds. Pingeton had noted before the season that Smith would need to be in double-double form routinely for the Tigers to win many games this year.

Following the dramatic finish to regulation, in which Western Illinois rode its starting five for much of the fourth quarter with little rest, the Leathernecks couldn’t keep up in overtime, shooting just two of nine from the field to fall short of the upset.

“We kind of put all our eggs in one basket, minute-wise, to finish regulation without any subs,” Gravina said. “So I knew that would be a (little) battle fatigued.”

The win was Missouri’s 11th straight in a home opener.

The Tigers will return to action against Nebraska in a matchup of two former Big 12 foes. Tipoff with the Huskers is set for 2 p.m. Sunday at Mizzou Arena.

MU women's basketball team versus Western Illinois on Tuesday, Nov. 5, 2019 at Mizzou Arena. Mizzou tigers start with the first game of the se…

Senators lay out plan for college athletes bill of rights

Adams sends Leipzig into CL semis with winner vs Atlético