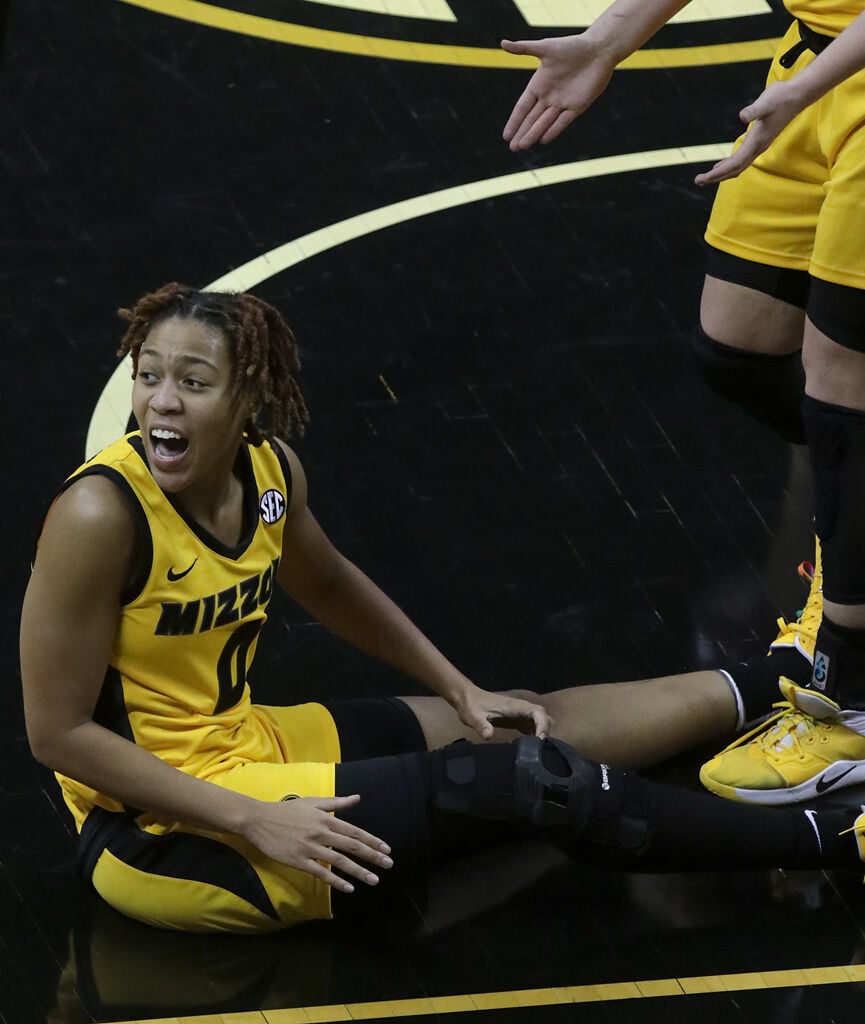 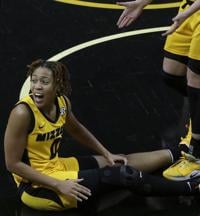 Missouri forward LaDazhia Williams reacts after being fouled during a game against Missouri State on Dec. 14 at Mizzou Arena. The Tigers are aiming for their first SEC win Thursday at Ole Miss, having had two losses and two postponements thus far in conference play. 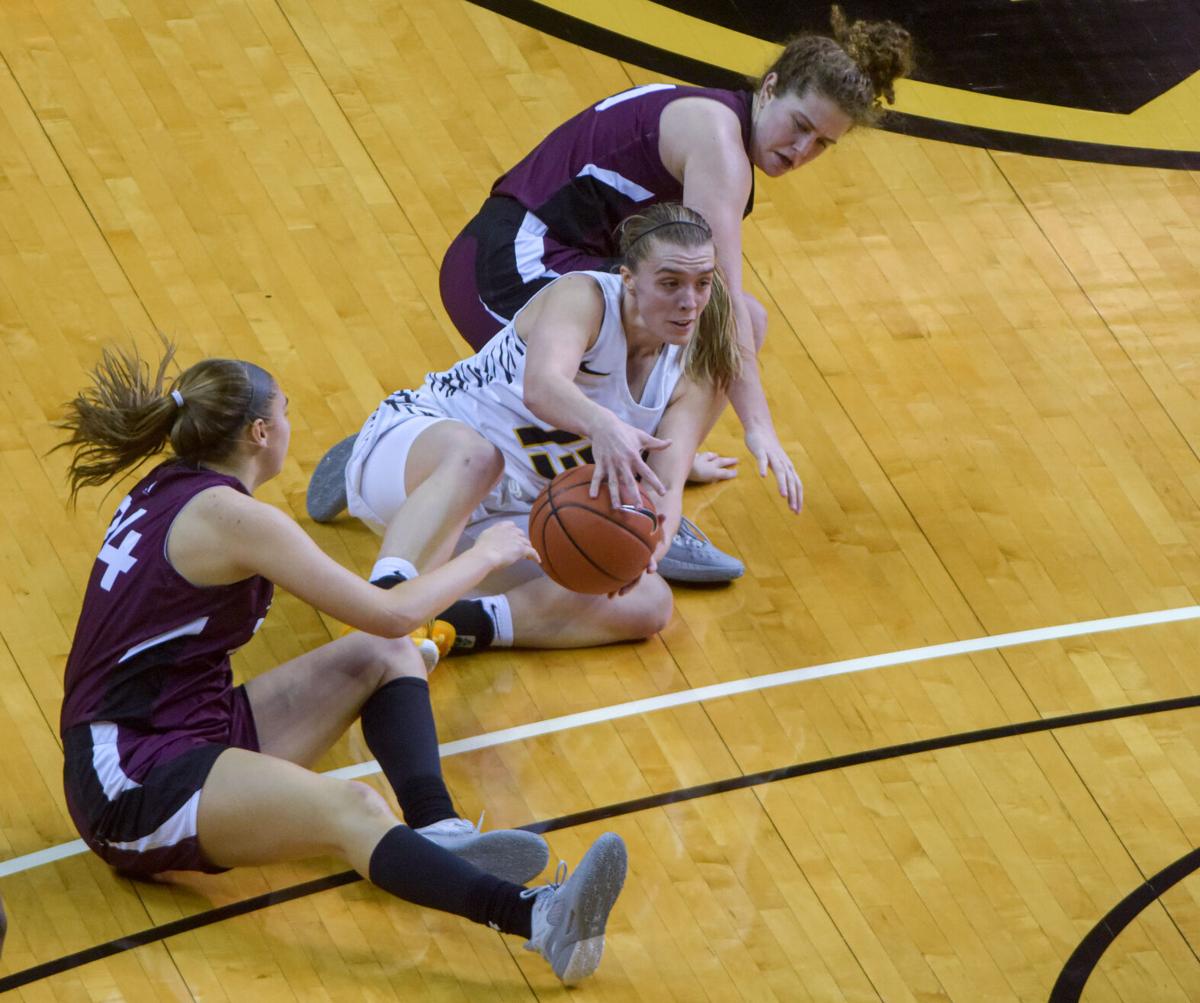 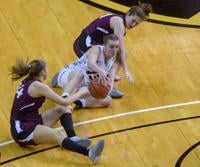 Missouri guard Haley Troup, center, holds onto the ball after being challenged by Southern Illinois players Dec. 20 at Mizzou Arena.

Missouri forward LaDazhia Williams reacts after being fouled during a game against Missouri State on Dec. 14 at Mizzou Arena. The Tigers are aiming for their first SEC win Thursday at Ole Miss, having had two losses and two postponements thus far in conference play.

Missouri guard Haley Troup, center, holds onto the ball after being challenged by Southern Illinois players Dec. 20 at Mizzou Arena.

Missouri women’s basketball was supposed to return from a seven-day layoff with a matchup against Auburn on Sunday.

But hours before tipoff in Auburn, Ala., Missouri’s time off was extended as Auburn postponed the game due to a combination of positive COVID-19 tests and contact tracing. It was Missouri’s second straight matchup to be postponed because of the opponent’s situation with the virus.

Eleven days after their last game, the Tigers are set to return to action Thursday against Ole Miss in Oxford, Miss. Missouri swept its three meetings with the Rebels last season, including a 64-53 win in the first round of the SEC Tournament, but both squads have matured since then, turning to their younger players to take the lead.

Missouri (4-3, 0-2 SEC) has been led by the triple threat of sophomores in Hayley Frankv and Aijha Blackwell and redshirt junior Ladazhia Williams. Each player has emerged as a shining light in what can sometimes be a clunky Tiger offense.

Blackwell, who has recorded double-doubles in three straight games, brings intensity every time she’s on the court. She manages to get bucket after bucket by way of put-back shots and bullying her way into the paint.

Speaking of the paint, all season long Williams has posted up against a defender on the blocks and laid the ball up whenever it is in her hand. The 6-foot-4 forward is averaging 13 points per game this season and shot 75% from the field in Missouri’s most recent game, a 91-88 loss to Arkansas on Jan. 3. Her quick post moves and ability to get to the foul line have come in handy against bigger defenders, including Alabama’s Ariyah Copeland on Dec. 31.

Frank’s role for the Tigers has been as more of a secret weapon in the past few games. The young guard spends most of the first half of games facilitating the ball, grabbing rebounds on both ends. Her peak effectiveness comes when she drains shots from mid-range and the 3-point line. As Missouri’s sharpest shooter this season, Frank reels in 13 points per game and has shot 47.8% from beyond the arc. The more she shoots, the better Missouri gets.

Ole Miss (7-2, 1-2) has an impressive young trio of its own. Despite missing the chance to upset in-state rival No. 14 Mississippi State on Sunday, the Rebels have had a solid start to SEC play. Before the 60-56 loss to the Bulldogs, Ole Miss defeated Auburn 62-58.

The main contributors in that win were junior Shakira Austin, redshirt sophomore Donnetta Johnson and freshman forward Snudda Collins. With third-leading scorer Madison Scott out, Austin, Johnson and Collins have led the pack.

Austin, a transfer from Maryland, has been a vital part of the Rebels’ offensive since her arrival. She averages 17.6 points per game and has crashed the boards for 10 or more rebounds in the past two games.

On the wings of Austin are younger players Johnson and Collins, who helped pick up the slack against Mississippi State. Johnson dropped 25 points and nearly brought the Rebels back from a 14-point second-half deficit. Collins has made her presence felt on the defensive end, where she blocked three shots in the win over Auburn.

Missouri and Ole Miss will tip off at 6 p.m. Thursday in Oxford. The game will be streamed live on SEC Network+.