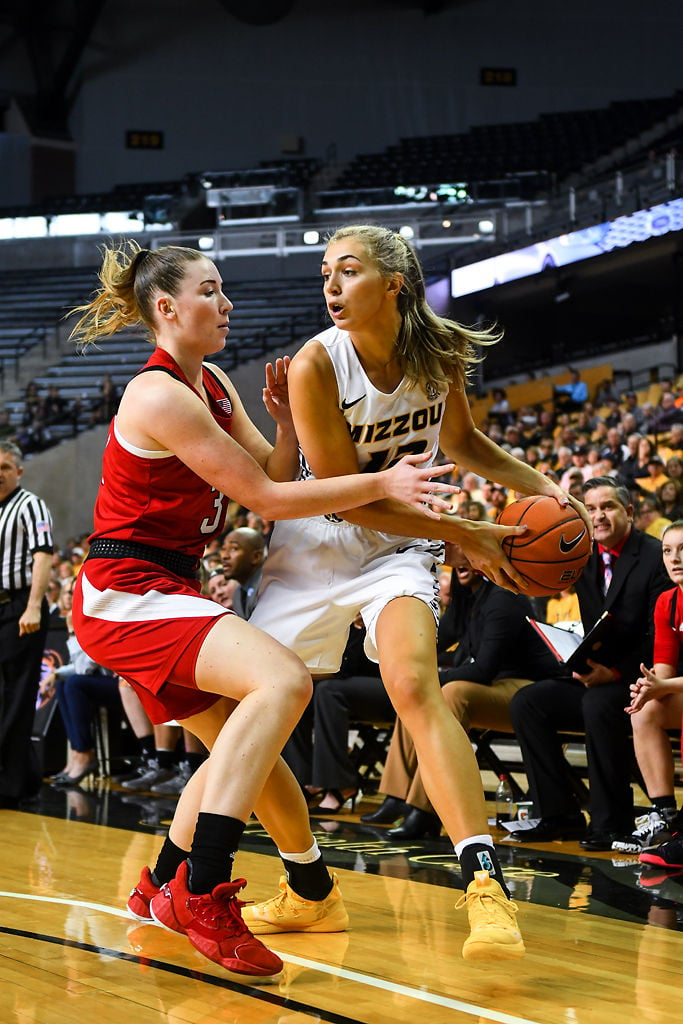 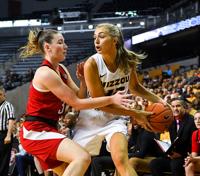 Missouri redshirt senior Hannah Schuchts is defended near the sideline by a Nebraska player Nov. 10 at Mizzou Arena. Schuchts ended the game with 13 points. 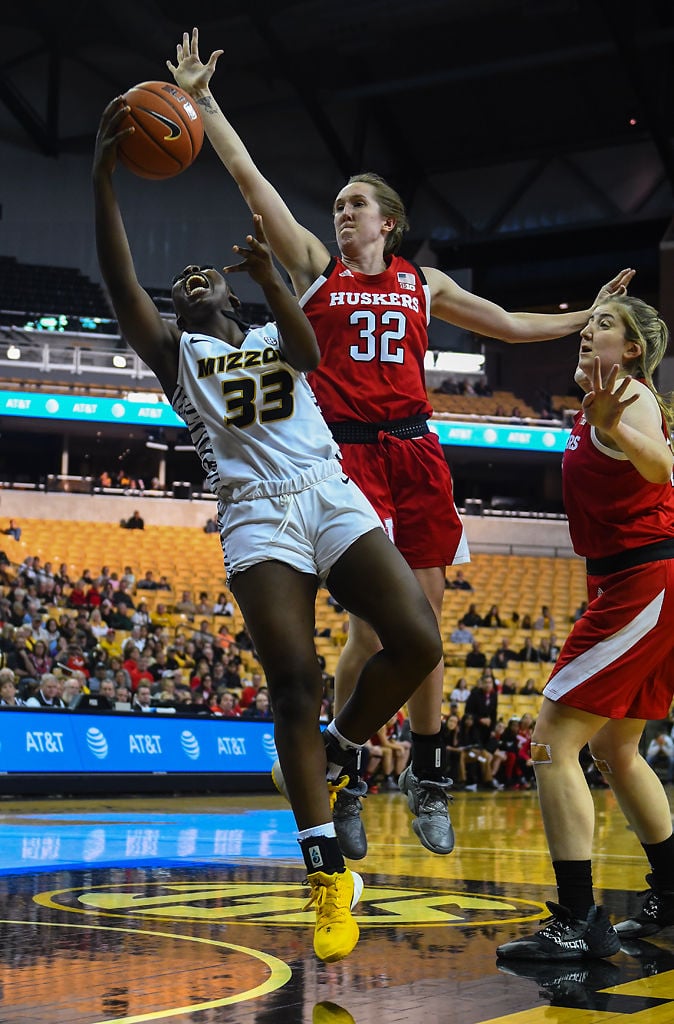 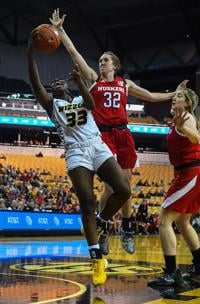 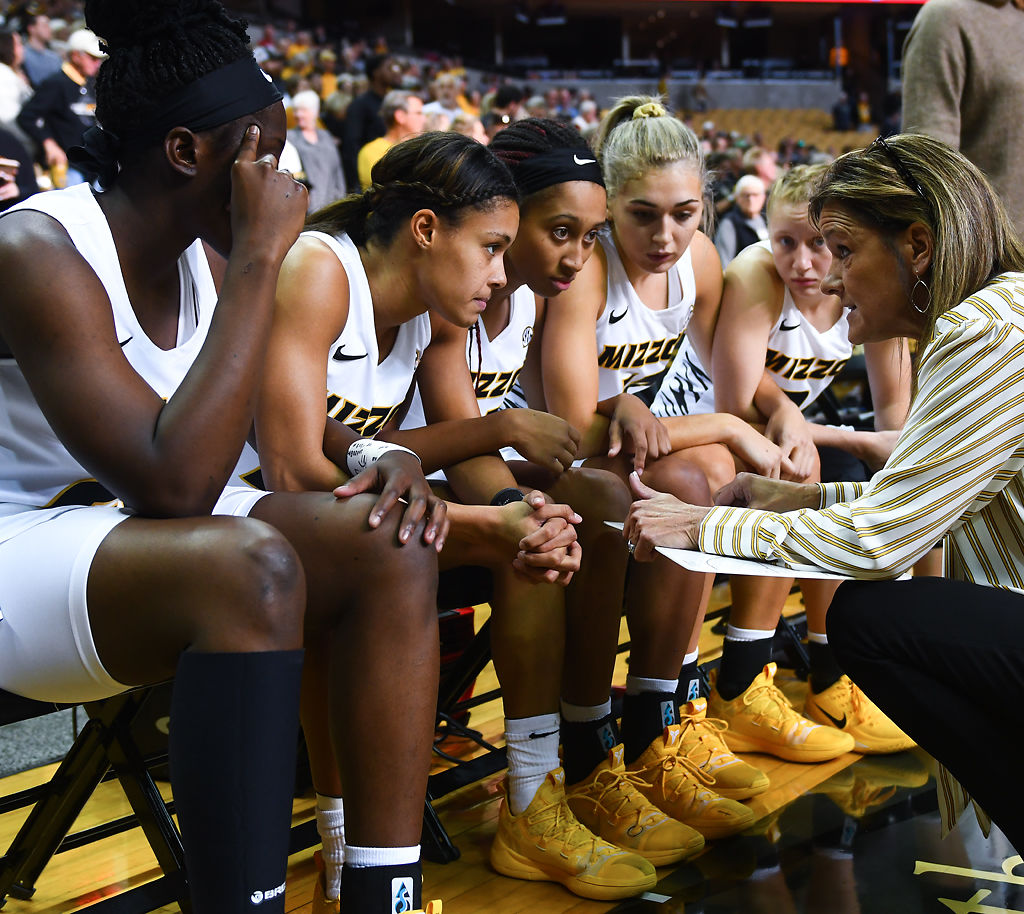 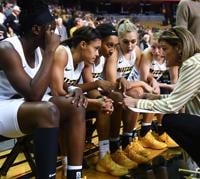 Missouri coach Robin Pingeton speaks to her team during a Nov. 10 game at Mizzou Arena. Missouri lost to Nebraska 90-85 in overtime.

Missouri redshirt senior Hannah Schuchts is defended near the sideline by a Nebraska player Nov. 10 at Mizzou Arena. Schuchts ended the game with 13 points.

Missouri coach Robin Pingeton speaks to her team during a Nov. 10 game at Mizzou Arena. Missouri lost to Nebraska 90-85 in overtime.

Missouri women’s basketball will deal with some unchartered territory in South Dakota on Thursday.

First, there’s the setting of the South Dakota Coyotes’ home in Vermillion, a place where neither the Tigers nor any SEC team have ever played. But more notably, Missouri will be taking the court with a 1-3 record — the program’s first under coach Robin Pingeton and only the second such start since the 1970s.

As much as the Tigers would like to climb out of the three-game rut that has hindered the team since its season-opening win over Western Illinois, the Coyotes will be far from pushovers. South Dakota is one of the premier mid-major programs in the country this season, a borderline Top 25 team and likely the toughest opponent on Missouri’s nonconference schedule.

Missouri will have no misconceptions about South Dakota’s talent, given what the Coyotes did at Mizzou Arena last year. The then-No. 22 Tigers were upset 74-61 in a Dec. 15 game that became one of the crown jewels on South Dakota’s résumé.

When the Coyotes fell in the Summit League Tournament at the end of the season, they became the conference’s first at-large bid to the NCAA Tournament in over 20 years, thanks in no small part to their road win in Columbia.

With the ways the two teams have begun their 2019-20 campaigns, it appears that Missouri will be the one searching for a résumé-building upset this time around. South Dakota is off to a 4-0 start behind the star power of Ciara Duffy, who has averaged 20.3 points per game and scored a game-high 20 in last season’s meeting with the Tigers.

The Coyotes would also likely not be undefeated without the heroics of Monica Arens, whose clutch shooting forced overtime in a home win over fellow mid-major power Drake and a road triumph at Utah. Arens is averaging 13.8 points and scored 13 at Mizzou Arena last year.

Another of South Dakota’s wins came at Green Bay, where Missouri wilted in a 72-64 loss Saturday. After struggling defensively in the opening three games, the Tigers couldn’t find the basket against the Phoenix, shooting just 23% in the first half and 34.5% overall.

Hannah Schuchts led Missouri with 13 points in the loss and has made two-thirds of her 3-pointers this season, but five Tigers took more shots than her in Green Bay. Perhaps finding more opportunities for the redshirt senior could help rekindle the offense in Vermillion.

It won’t be easy, but if Missouri can find a way to quiet Duffy while regaining the offensive form it flashed at times during the season-opening homestand, it may have a shot at a victory that would outshine the Tigers’ early struggles. Tipoff is set for 7 p.m. Thursday in Vermillion, South Dakota.

The Coyotes’ athletics website will host a live stream of the game. Missouri’s radio broadcast will air on KTGR.

Woods faces another Sunday at a major with little hope

A look at NFL training camps in a most unusual preseason