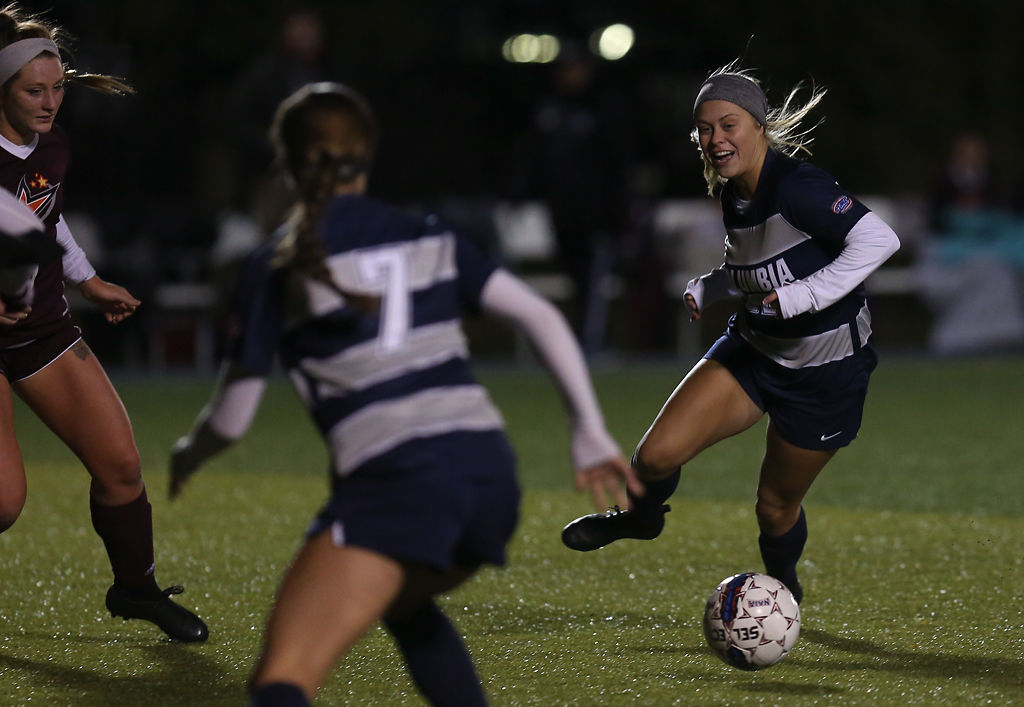 Columbia College freshman midfielder Kristen Graser dribbles the ball down the pitch into the away team's zone in a match against Stephens College Friday at R. Marvin Owens Stadium. 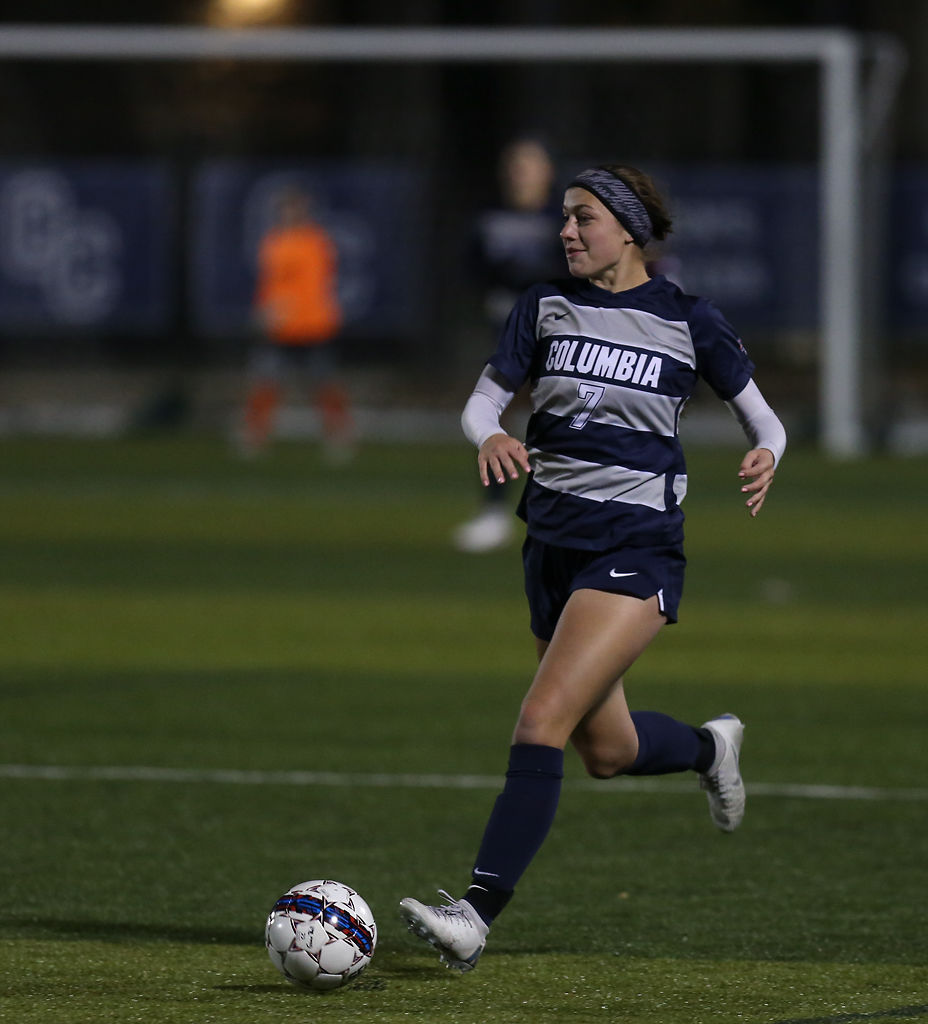 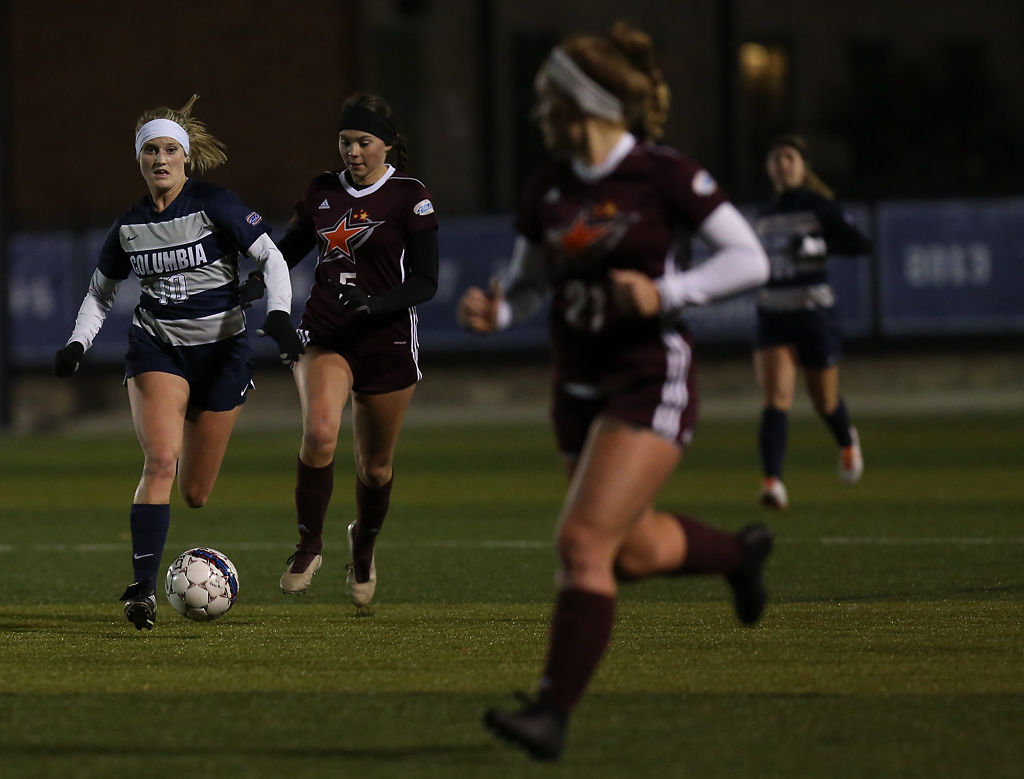 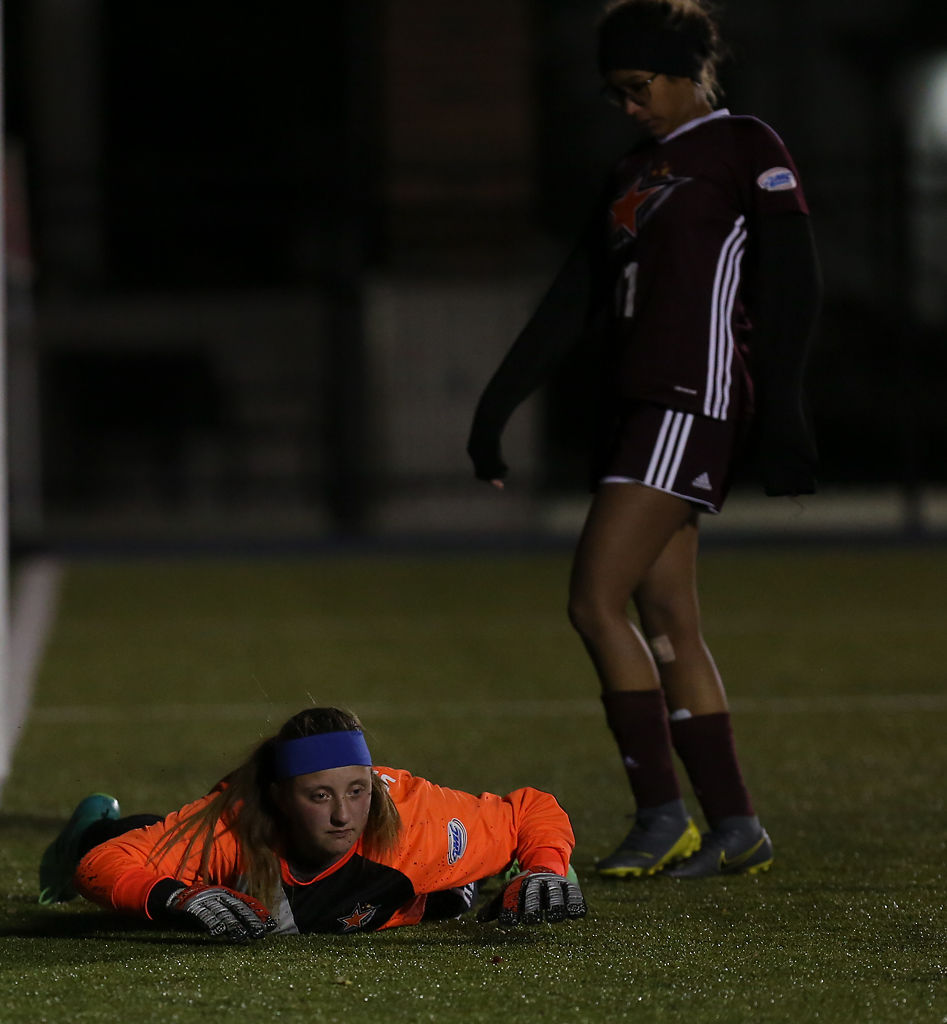 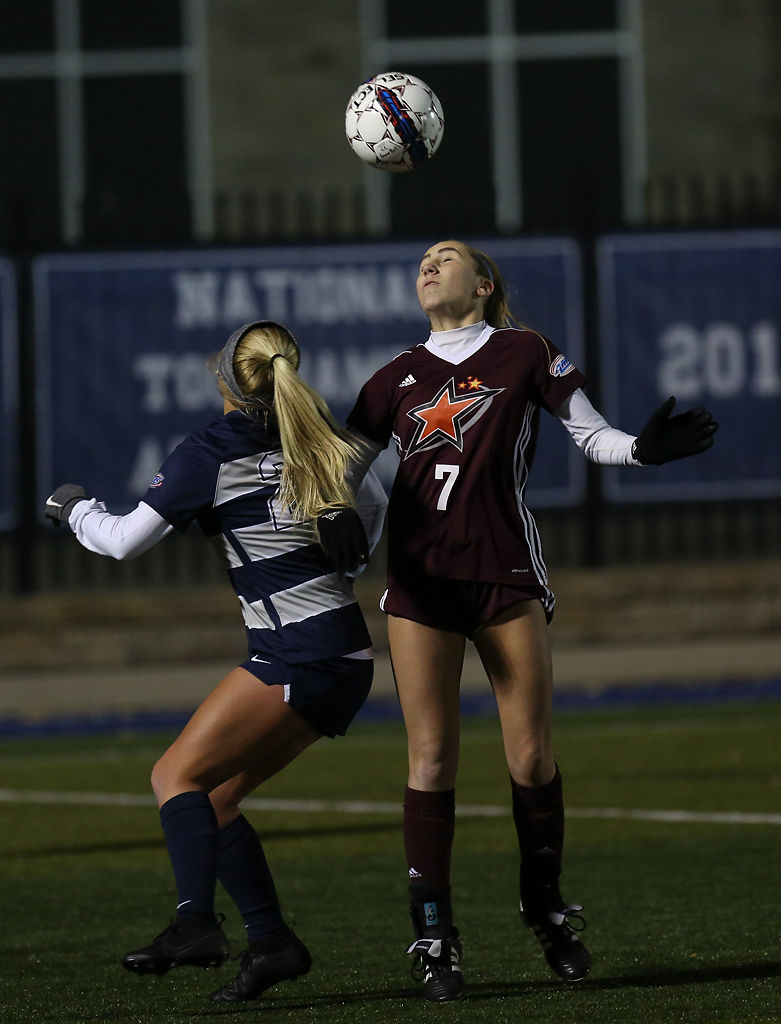 Columbia College freshman midfielder Kristen Graser dribbles the ball down the pitch into the away team's zone in a match against Stephens College Friday at R. Marvin Owens Stadium.

Much like their last match against the Cougars, the Stars simply got outclassed by their crosstown rivals. In the opening moments of the match, Stephens came out with a fired up energy. This was the Stars’ first postseason appearance for the soccer program. It was a chance to make history. Throughout the game, Stephens made physical plays, interrupting passes and pushing the ball up the field.

A few times, the Stars even got close to scoring with their excellent offensive plays. No. 8 Stephens College pushed the pace hard for 15 minutes, but CC is the No. 1 team in the AMC for a reason. The Cougars would ultimately hold on and wait out the Stars’ rush. When Stephens’ pressure finally started to wain, CC kicked it into gear and turned the tables on the Stars.

Columbia’s Kelsey Mirts, one of the leading scorers of the AMC, put the Cougars on the board with a header off a corner kick. Then a few moments later, CC scored again and again and again. Stephens’ morale drained more and more until the game finally concluded with an 11-0 shutout performance from the Cougars.

This AMC tournament game was a fork in the road for both teams. One team continues its path to greatness, another ends a year of improvement. In this tale of two colleges, here’s a look at the future of both teams.

When entering the 2019-20 season, nobody thought much of the Stephens Stars. In its previous season, Stephens had an overall record of 3-15, following a trend of lackluster performances from years past.

But this season has been a surprising one. With the help of new offensive and defensive weapons, Stephens finishes this season with a record of 7-12. And in the process, the Stars ended up making the AMC Championship Tournament for the first time in the program’s history while battling injuries. Although bittersweet, the future might be bright for the up-and-coming Stars.

“Beating a number of schools for the first time, you have to understand that this program has come a very long way. And a lot of people are starting to take notice,” said coach Kurtis Boardsen. “I couldn’t be happier for the girls. When you stop and really look back on the season, and take it into perspective, what these ladies have accomplished has never been done before by our program. So all the credit in the world for them.”

In the hopes of continuing their rebuild, the Stars will look to improve their current roster and add more weapons to their lineup through recruitment.

If Stephens can keep its momentum going into next year, there’s no doubt the team will be a regular in the conference tournament.

The Cougars will look to continue their dominating run through the AMC in this year’s postseason.

CC has gone undefeated so far in conference play and it looks like it won’t stop any time soon after Friday’s performance. The program even has its sights set on the NAIA Championship as well. But coach John Klein is taking it one step at a time.

“You got to win ‘em. You got to go find the early goal. It’s important,” said Klein. “After we got the first one, and a couple pretty quickly after that, it did seem like we were in control. It was going to be an opportunity to get everyone on the field and to rest some legs.”

Now Columbia is looking to battle No. 4 Park University and its top player, Lenvix Ochieng, in the next round of the tournament.

Klein said, “We’ll tactically address it on Sunday. Hopefully come out and do what we’ve done all year long. We’re not going change anything, and we’ll see if we can keep them off the board.”

The path to the championship has begun for the Cougars. Columbia College will face Park University at 3 p.m. Monday in Columbia.

With student-athletes coming back to campus, what will change?

NFL players both eager & anxious to return during pandemic