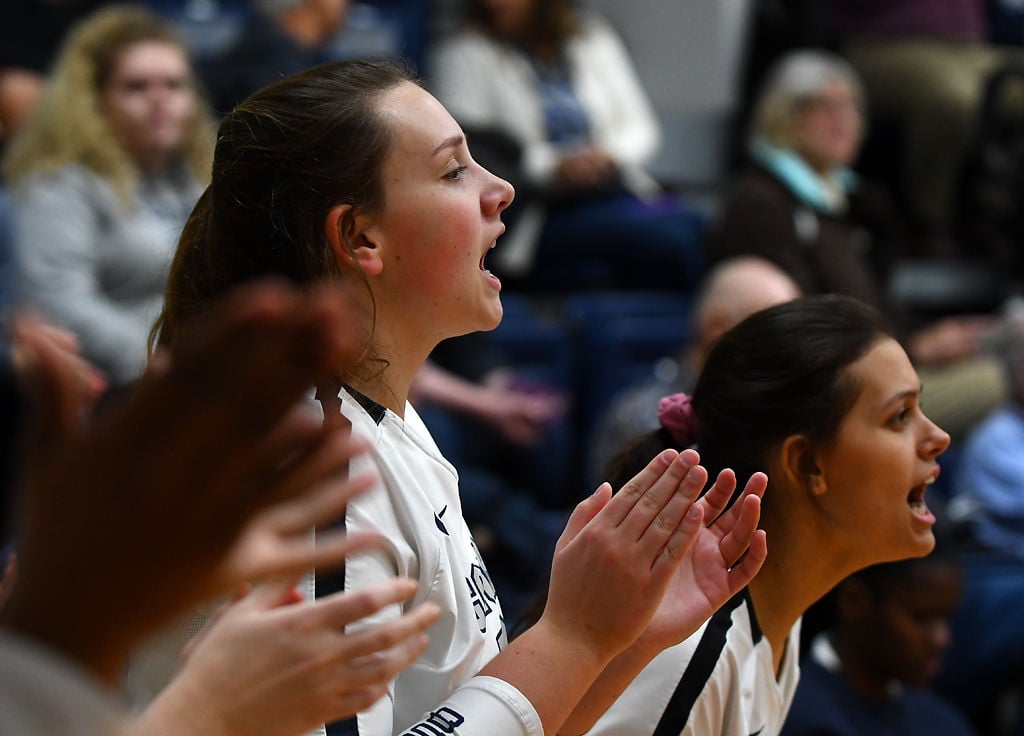 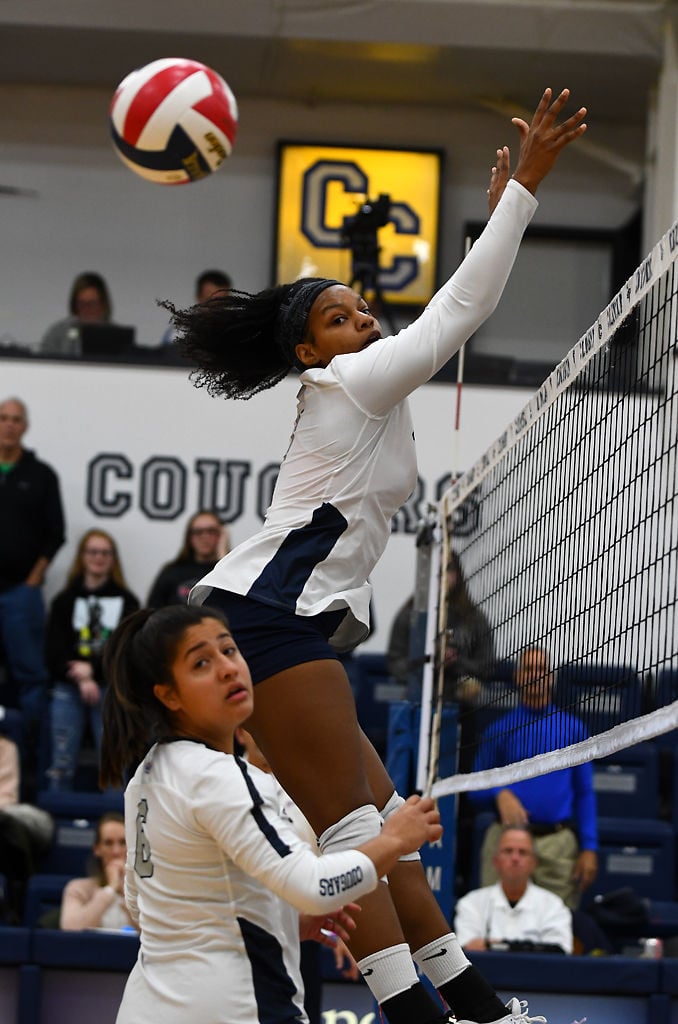 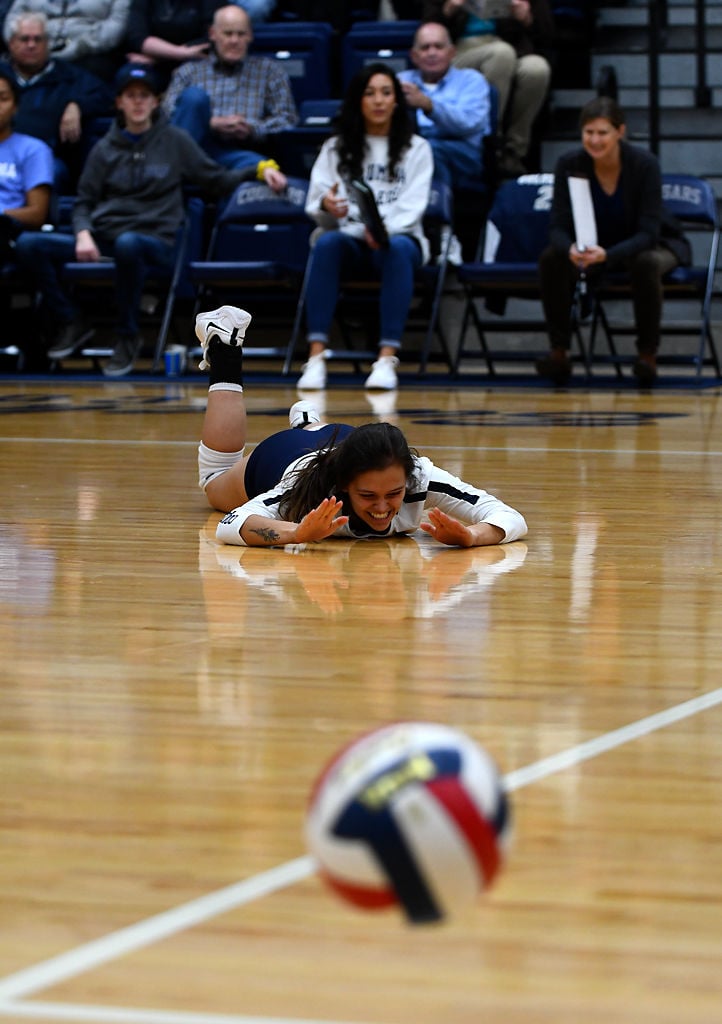 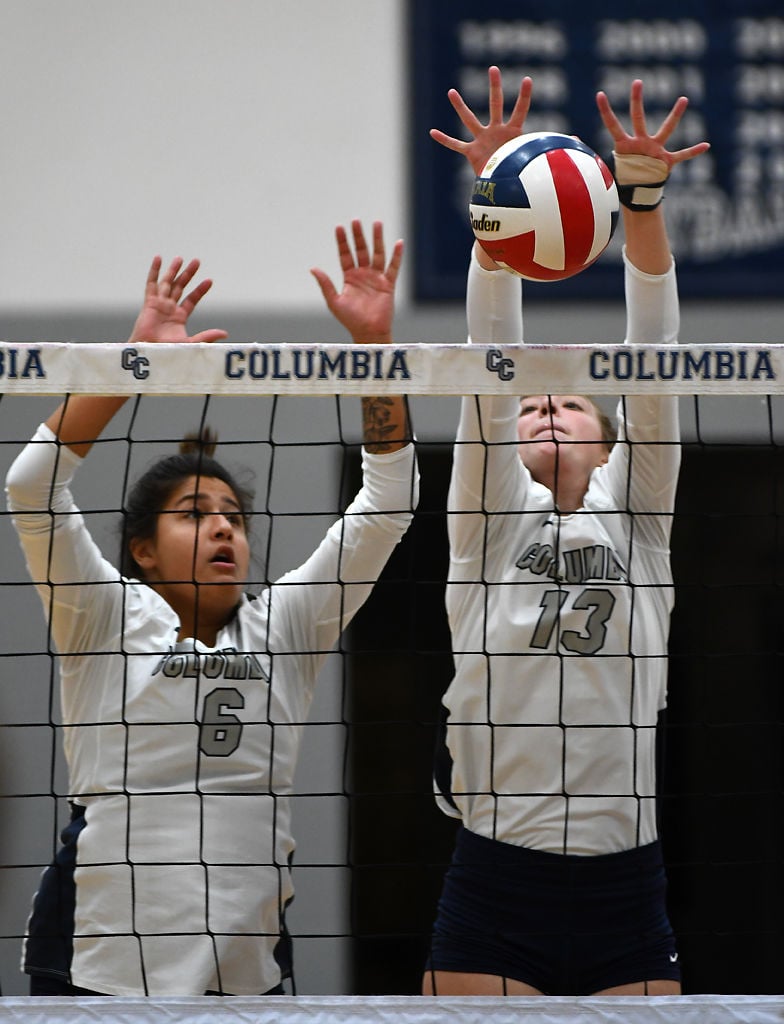 When it comes to Columbia College volleyball’s attacking threats, Jaqueline Silva has been good, but usually not the hitter the Cougars rely on.

But with a top attacker suddenly inactive, the junior outside hitter from Brazil was thrust into the spotlight. Good for CC, then, that she thrived in it.

Silva finished with a season and game-high 12 kills as No. 3-seeded Columbia defeated No. 6 Lyon (Ark.) 25-17, 25-15, 25-19 in the quarterfinals of the American Midwest Conference tournament Tuesday at the Southwell Complex in Columbia.

But perhaps bigger news was that junior Adianez Rivera — CC’s powerful, uber-athletic outside attacker who became active for the Cougars mid-season — did not play Tuesday due to injury.

With Rivera in street clothes and on crutches, coach Allison Jones-Olson said she was unaware of how she became injured, what exactly it is or how long she’ll be out. She said that she’ll know more once doctors examine her this week.

Losing Rivera could be a massive blow as she is second on Columbia in kills per set and has been one of the top attackers on one of NAIA’s best offenses (No. 5-nationally in hitting percentage — .257). But injuries in sports mean the next player in line must step up, and Silva certainly did her part Tuesday.

“I’m outside, but I wasn’t playing ... I was just playing back row,” Silva said. “(It was) the first game that I feel like, ‘OK, I’m doing well so I have to keep up.’ I think playing together is the key, and we have it.”

It was the Cougars’ second sweep of the Scots this year; just under two weeks ago on Nov. 1 at Stephens College, CC did the same to Lyon in the regular season as it did Tuesday night.

Led by Silva’s game-high .706, Columbia finished as a team with a .423 hitting percentage, only racking up 10 errors in 71 total attacks. The Cougars also finished with 31 digs, a stat that Jones-Olson was sure to point out postgame in addition to praising Silva’s performance.

“We drove our offense by our defense,” Jones-Olson said. “I thought (setter Luisa Ferreira) did a good job of holding the block and getting ... some one-on-ones on the outsides. I know (Jacqueline) started (on the outside) and did a good job, and then when we needed her to play back row she did a good job. Tonight, she just put it all together.”

Perhaps most impressive about CC’s attack Tuesday was that it still remained multi-dimensional even without Rivera. Silva and Kiersten Anderson (10 kills) got theirs on the outside, as is usual for the Cougars, but middle hitters Bailee Ulrey (five) and Aaliyah Durant (four) also did damage through the center when needed.

But almost all of those attacks were set up by Ferreira, who put up a 33-assist match in another stellar outing in a fantastic freshman season. The Brazilian currently sits No. 3 in NAIA in assists per set (11.6).

“Part of that is when you can hold your pass well, then you can run a lot of different things,” Jones-Olson said about the variety of her attacking options. “We were able to move the ball around and ... (Bailee and Aaliyah) had good games. I thought Aaliyah did a nice job playing middle and being aggressive offensively.”

A massive match for Columbia awaits in the semifinal. No. 2-seeded Missouri Baptist — also the nation’s No. 2-ranked team — will meet the Cougars Friday at 6:30 p.m. in Parkville on No. 1-seeded Park’s campus.

The Spartans swept CC on Oct. 24 in St. Louis, a game in which the Cougars had a healthy lineup. With Rivera almost certainly out, pulling an upset on MBU is much harder.

But Jones-Olson remains hopeful of her team’s chances, stating now since the Cougars have already played the Spartans once, emotions may not get in their performance the second time around.

“I don’t think we played our best game, even though they played very well,” said Jones-Olson about the first meeting with Missouri Baptist. “I don’t think we were mentally and ready to go that game. We have another chance at them and hopefully we’ll match up well against them this time.”