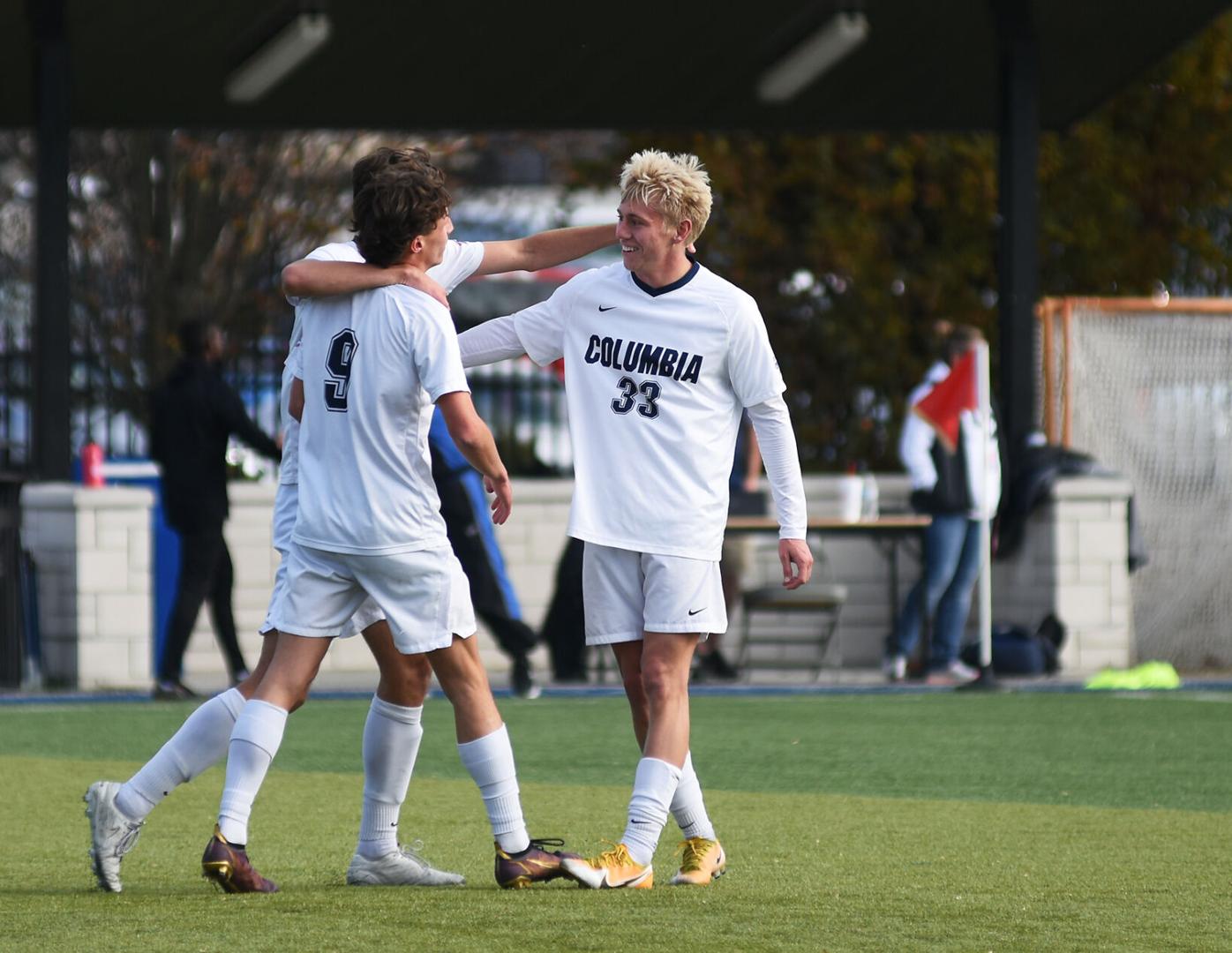 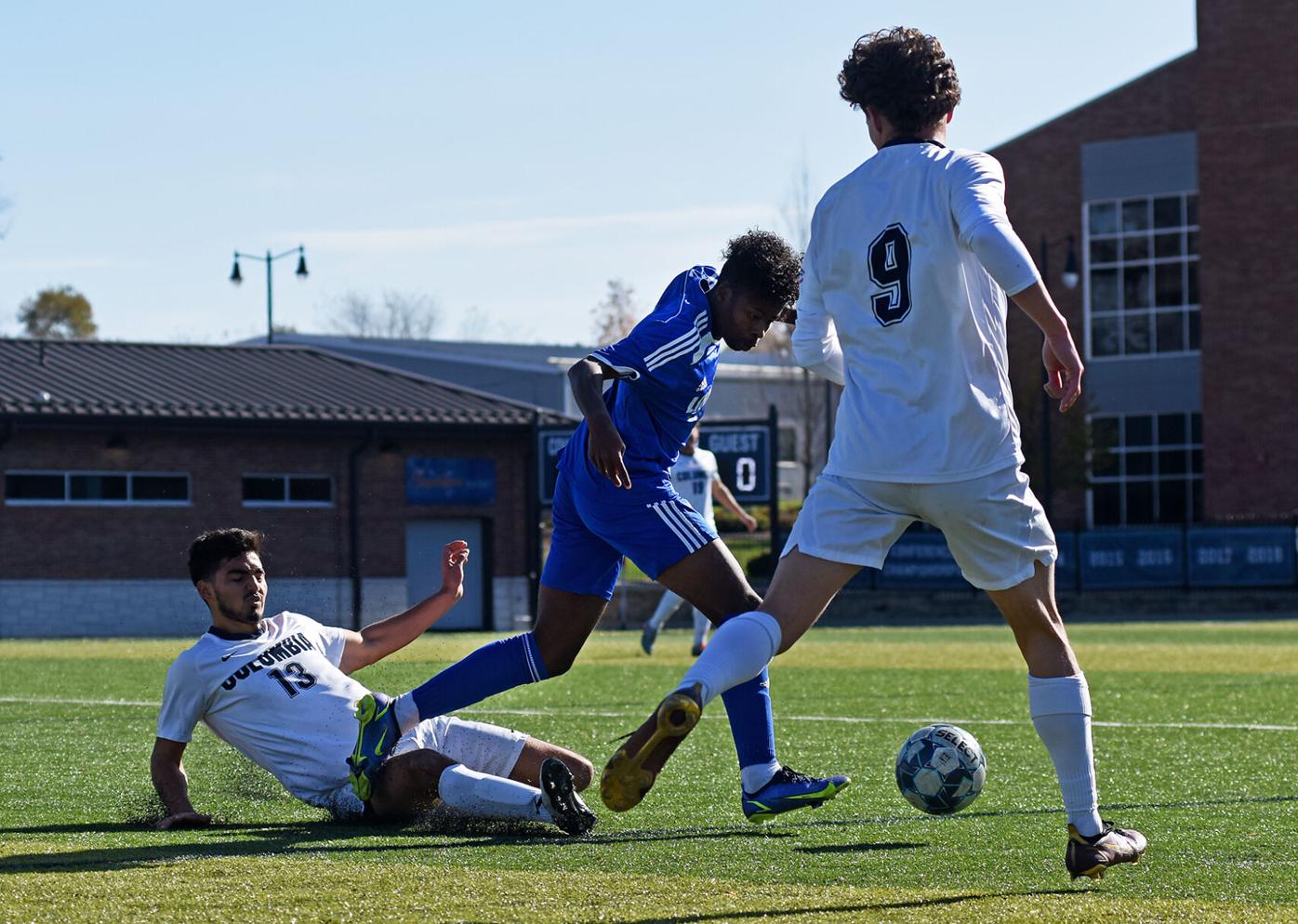 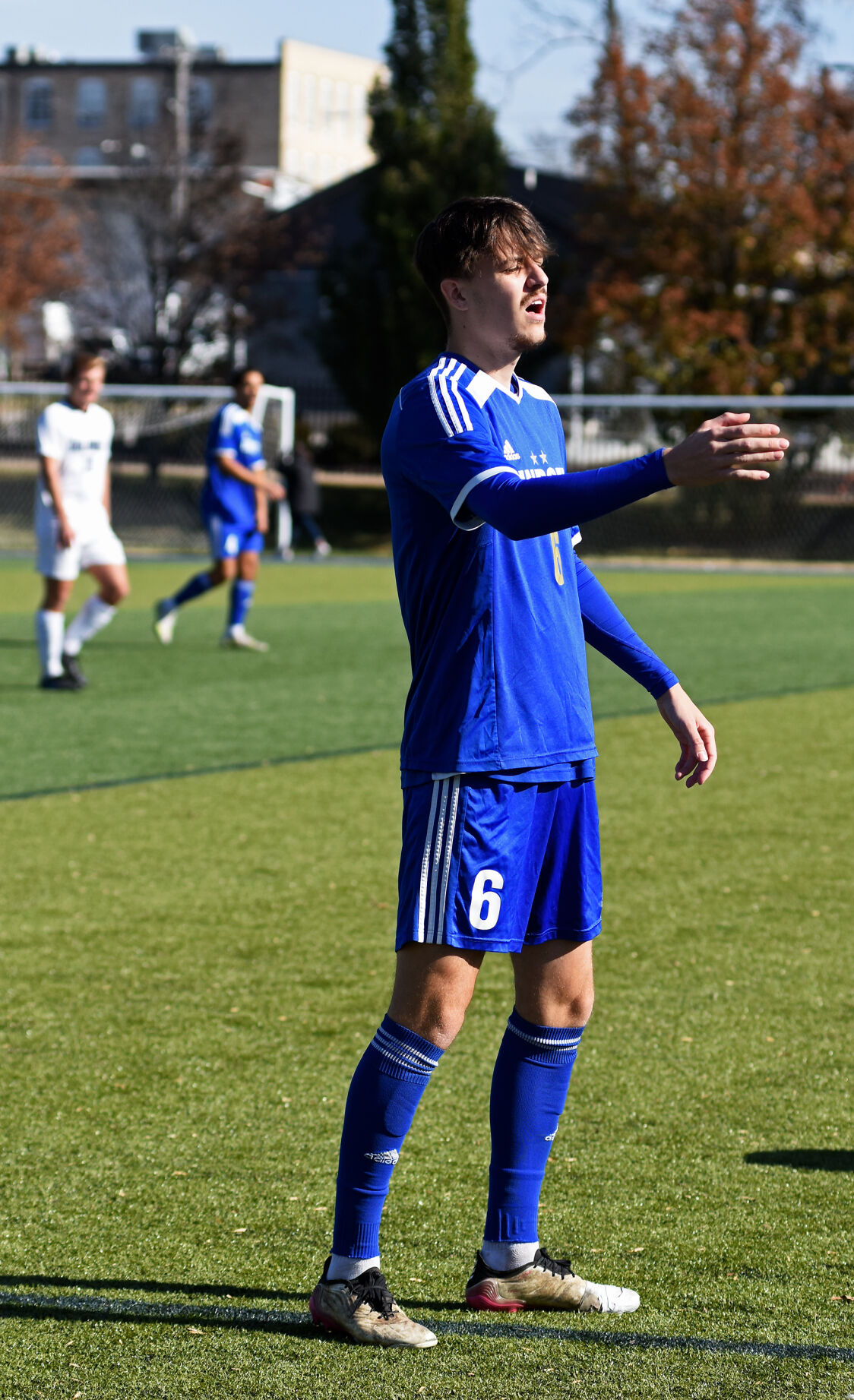 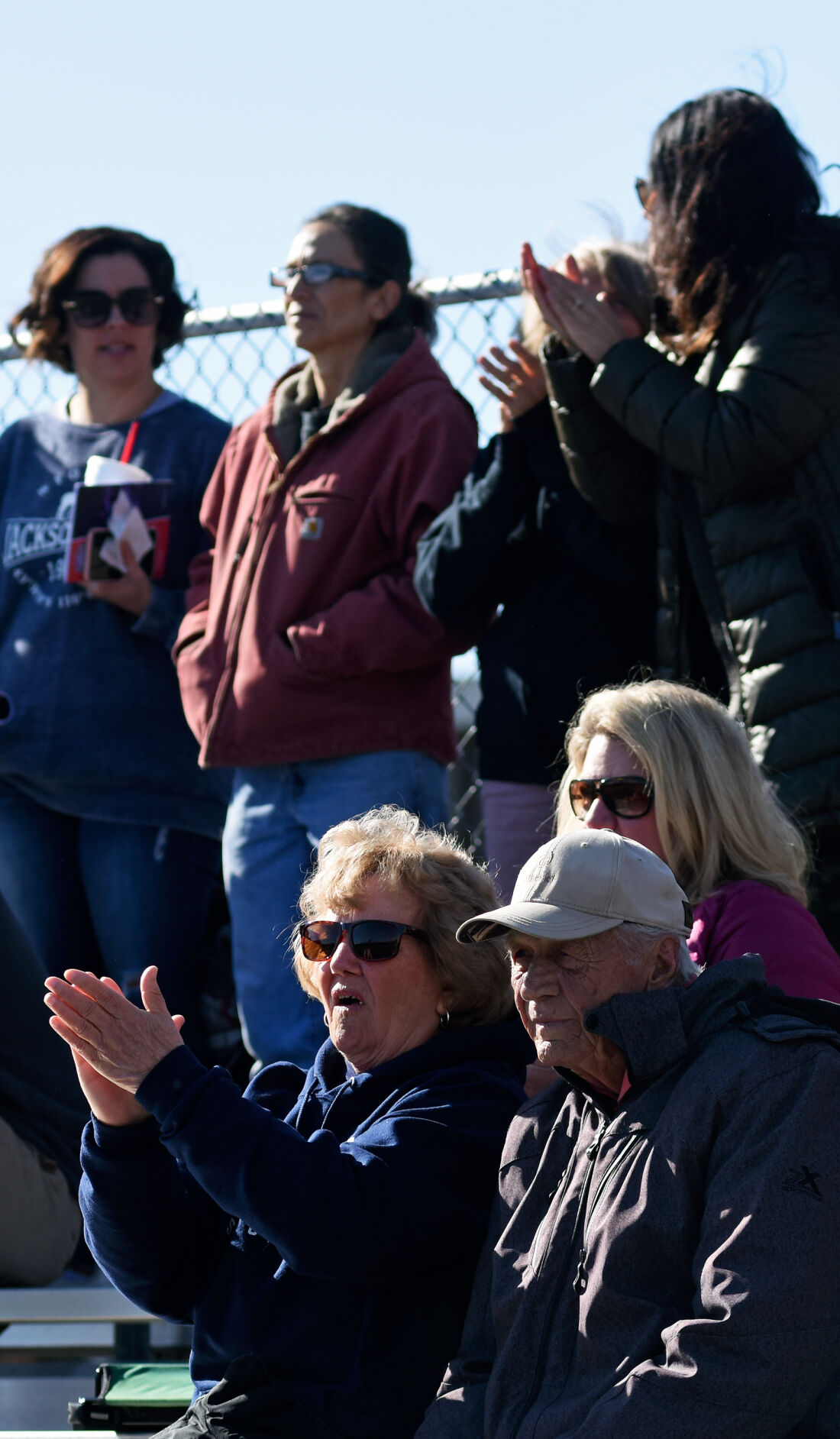 Columbia College fans cheer in the first round of the NAIA Championship on Saturday at R. Marvin Owens Field in Columbia. 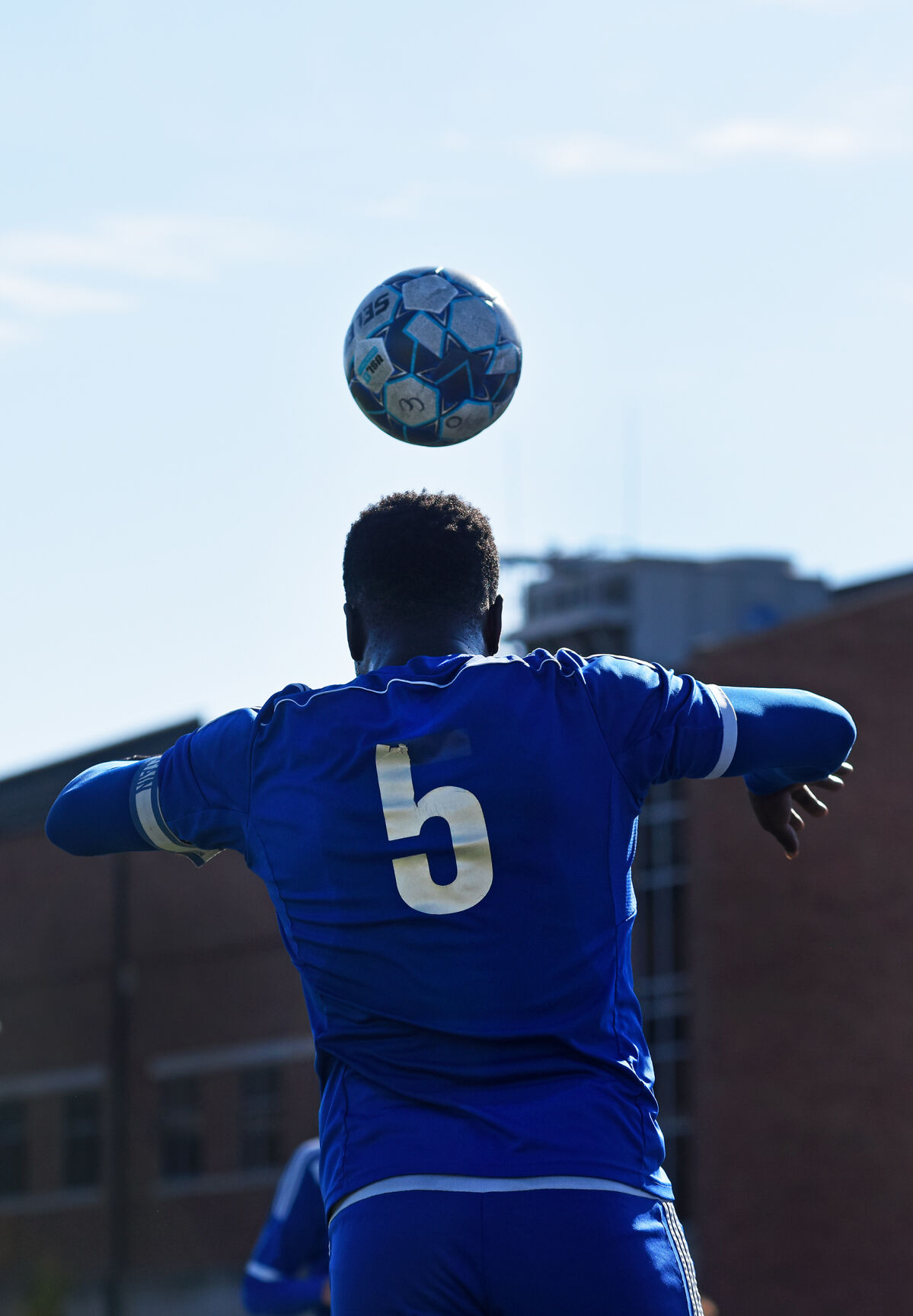 Lindsey Wilson defender Anouar Adam throws the ball in against Columbia College on Saturday at R. Marvin Owens Field in Columbia. This was the first time the two teams played each other since 2002.

Columbia College fans cheer in the first round of the NAIA Championship on Saturday at R. Marvin Owens Field in Columbia.

Lindsey Wilson defender Anouar Adam throws the ball in against Columbia College on Saturday at R. Marvin Owens Field in Columbia. This was the first time the two teams played each other since 2002.

“It was amazing,” Durdle said. “I’m happy I got to help my team to the next round.”

“We’ve been working a lot in practice on countering, fast breaks, going to goal,” Durdle said. “Been doing good so far.”

Carter Redford, who also assisted Durdle’s opening goal, crossed the ball into Durdle in the 61st minute, who headed it in for his second score.

Durdle saved his best for the last, firing in an exceptional goal from right outside the box in the 85th minute, which all but guaranteed a Cougars win.

“That legitimately is the greatest individual Cougar soccer performance of all time,” Columbia coach John Klein said. “In a critical match, he comes up with three terrific goals. But on top of that, he was behind the ball, helping them defend.”

While Durdle’s hat trick was the main act, Columbia’s stout defense kept a clean sheet and allowed only four shots.

“I think from top to bottom today that was the most perfectly executed game plan,” Klein said. “Solid pressure, organized defense, every single one of those guys on the field committed to defending outstanding attacking soccer team.”

Opoku came into the game with 19 goals on the season in just as many games.

Cougars defenders Jackson Schrum and Aaron Fernandez were able to neutralize Opoku’s threat, holding him to just three shots, none of which were on goal.

“In the back like they had the biggest test of the year against that No. 10 (Opoku), who was just a special soccer player with tremendous speed and skill,” Klein said. “They shut him down. They legitimately shut him down for 90 minutes.”

“For me, this was really a special day to get to coach and compete against the greatest NAIA soccer coach of all time,” Klein said. “I’m just honored and grateful that I had the opportunity to coach against him one more time. I only coached against them one time in my career and it was early part of my career and they beat us down at their place.”

Durdle’s four goals in the two opening-round games and Columbia’s defense against two of the top offensive NAIA teams are the primary reasons for the Cougars moving on to the final site.

“That’s probably as big of a test as you could have in soccer right now, but there’ll be good players, really good players,” Klein said. “At the final site, but this weekend, we saw the leading goal scorer in the country (Point’s Jeronimo Leguizamon) and one of the more special attacking players in all of college soccer (Opoku).”

Along with nine other schools, the Cougars will be heading to Decatur, Alabama, for the NAIA Championship final-site matches, which start Nov. 30.