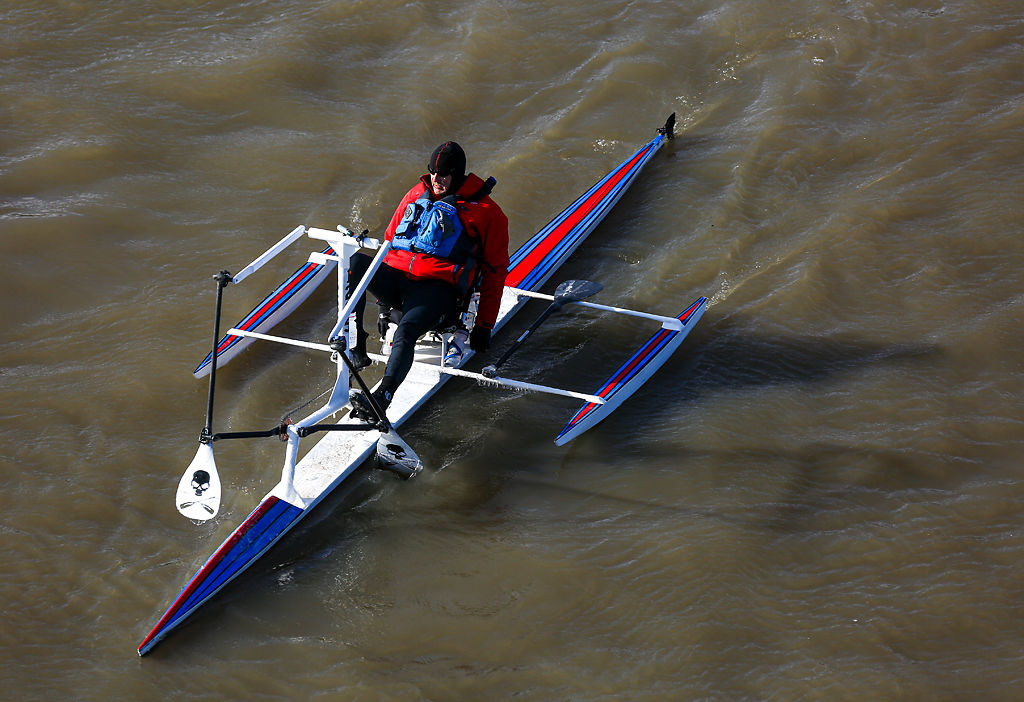 Matt Walters passes the Christopher S. Bond Bridge during the 2019 Missouri American Water 340 on the Missouri River in Hermann. 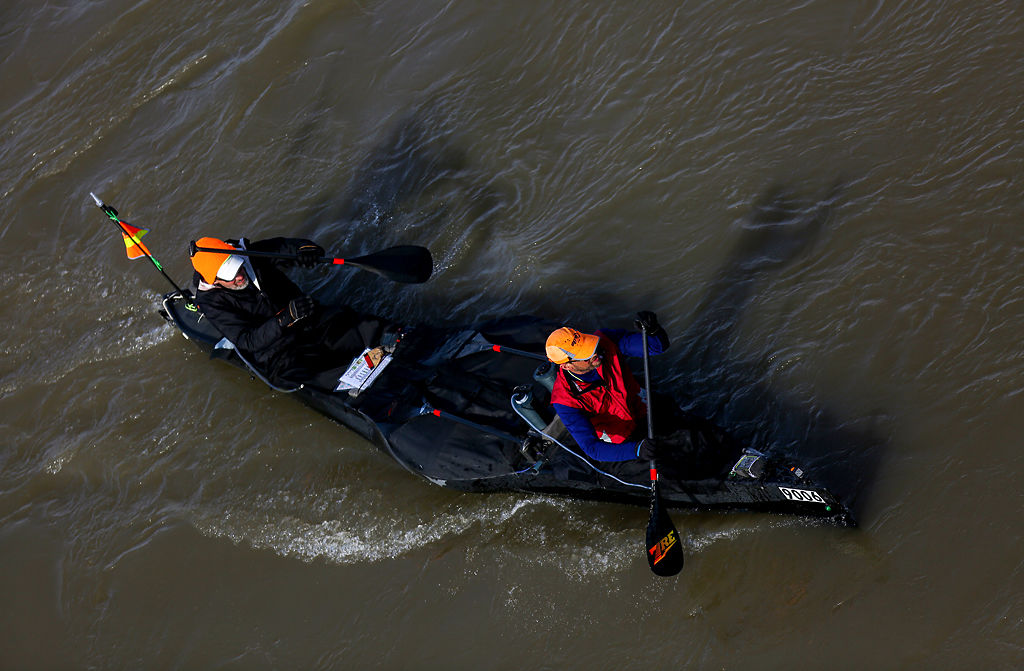 Steve Landick and Jeremy Vore paddle their boat down the Missouri River on Saturday in Hermann for the 2019 Missouri American Water 340. Landick and Vore finished the race in 35 hours, 27 minutes, falling short of the record they were attempting to set. 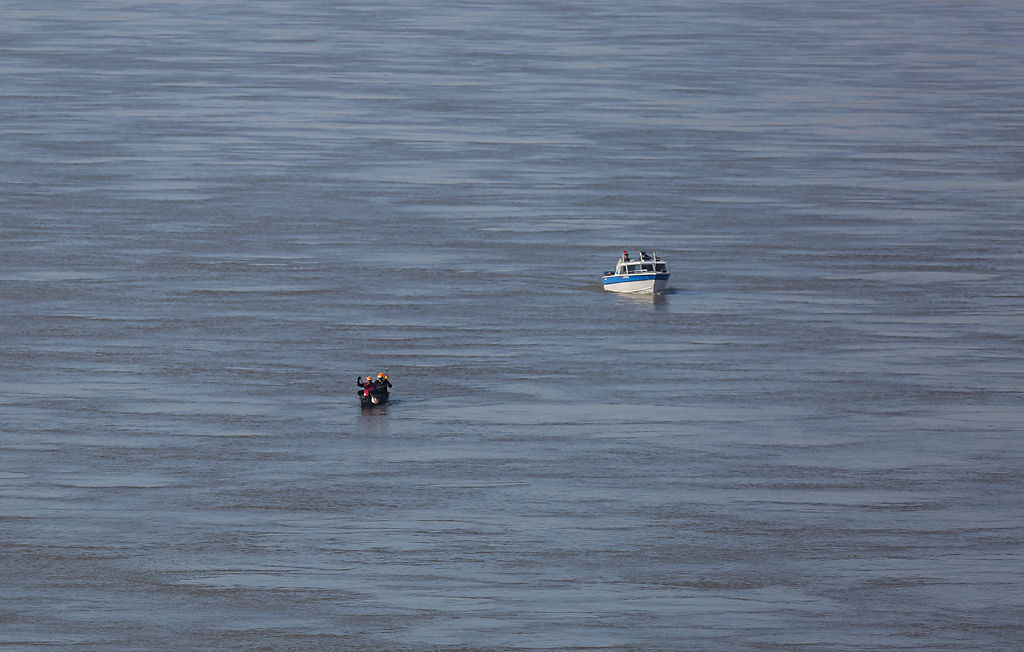 Steve Landick and Jeremy Vore approach the Christopher S. Bond Bridge  on Saturday on the Missouri River in Hermann. The 2019 Missouri American Water 340 race was rescheduled after flooding on the river over the summer. 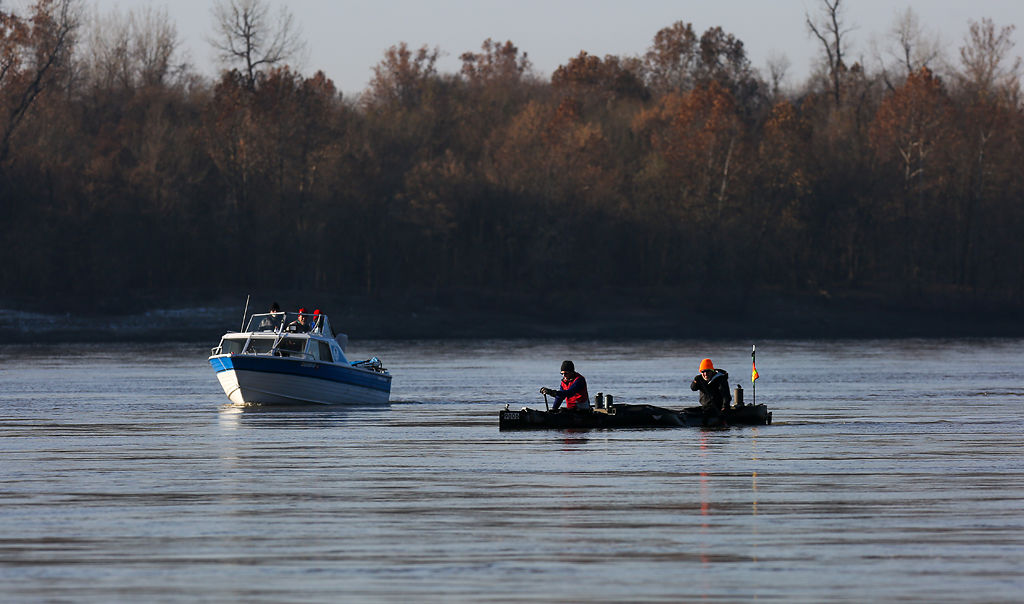 Steve Landick and Jeremy Vore paddle their boat, Dark Knights, on Saturday  for the 2019 Missouri American Water 340 race down the Missouri River in Hermann. The low temperature in Portland on Saturday was expected to be 32 degrees. 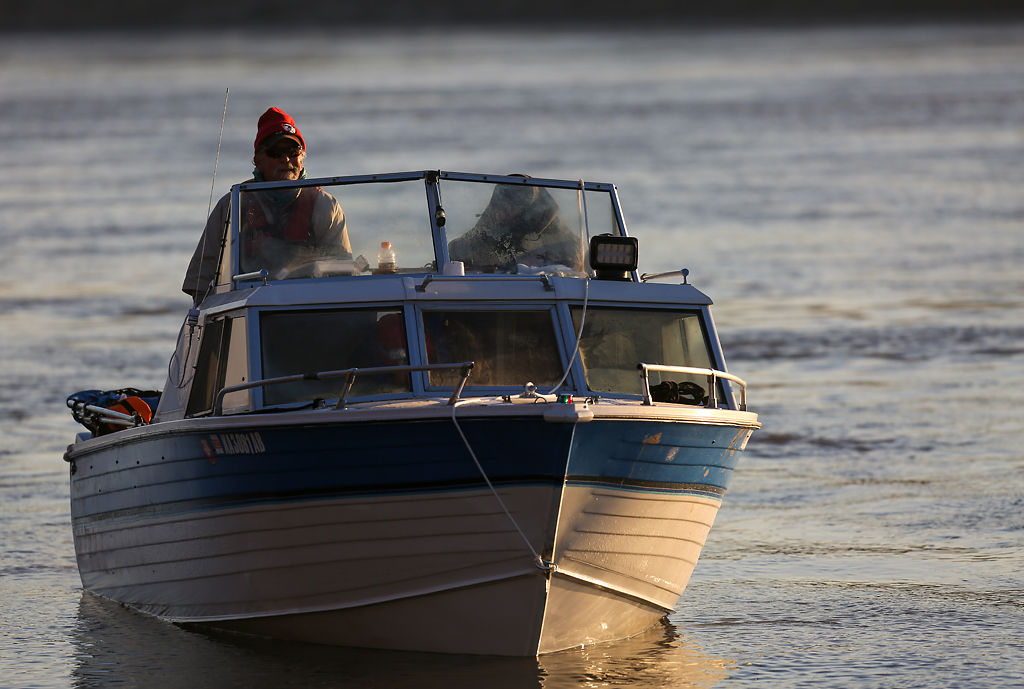 Jeff Barrow drives a support boat called Rose Marie toward a boat ramp in the early morning Saturday for the 2019 Missouri American Water 340 on the Missouri River near Mokane. Four support boats followed the competitors for the race.

This story was updated at 12:45 p.m. Nov. 15 to include an update about the boaters' progress on the river.

When Scott Mansker knew he would have to cancel the 14th annual Missouri American Water MR340 because of the combination of high water and cold weather, he still had a gauntlet to throw down.

Anyone still registered for the race who thought they could complete the 340-mile trip down the Missouri River in 34 hours or less would get the opportunity, beginning Friday morning in downtown Kansas City. Four boaters took him up on the challenge, which Mansker has dubbed the Rocket Run. The boaters were trying to reach St. Charles by 5 p.m. Saturday.

Landick and Vore won the race with a time of 35 hours, 27 minutes, according to online race statistics. They were the last remaining boaters on the river after Walters dropped out after 286.1 miles. Mann dropped out of the race at about 1 a.m. because of freezing temperatures and falling behind the other boaters.

As of noon Friday, the boaters were passing Lexington, with the pedal-drive boat 4 miles ahead of the other two. All three were slightly ahead of pace and enjoying a beautiful day filled with wildlife, said Jeff Barrow, a member of Missouri River Relief’s safety crew.

By 2:30 Saturday morning, the remaining boaters passed through Cooper’s Landing, according to Barrow. And as of 10:30 a.m., they passed through Hermann, with Walters, at that point, leading the way by about 9 miles.

The MR340 normally takes place in mid-July, when there’s a lot more daylight and a heck of a lot more warmth. Competitors during a normal run have 88 hours to complete the race, which features nine checkpoints along the way.

Persistently high water, caused by heavy rain and large releases from dams on the upper Missouri, forced Mansker to postpone the July race to August, then to September, then to October. The number of boats registered to participate dwindled each time, from an original roster of 500 down to 21 for the desperation November date.

The 34-hour goal was a monster. The all-time record for the MR340 is 33 hours and 1 minute set in the Voyageur class by Phil Bowden, Wendell Smith, Brad Daniels, Michael Matthews and Dylan McHardy in 2018.

Landick and Vore's finish makes them the second all-time best time for the men's tandem. Texas tandem team Phil Bowden and Chris Issendorf set the record in 2015 when they finished the race in 34 hours, 34 minutes.

To put things in perspective, just two-thirds of the racers who competed last year were able to complete the course within the 88-hour time limit, according to the Missouri 340 website.

That percentage has been pretty consistent throughout the race’s history.

Landick is no stranger to endurance races. He and his father-in-law, Verlen Kruger, completed a 28,000-mile journey crisscrossing North America from 1980 to 1983. They remain the only two boaters to paddle the Colorado River upstream through the Grand Canyon. They were featured in a 1983 article in The New York Times.

Mann is a veteran of the MR340 and holds the men’s solo record time of 36 hours, 39 minutes, which he set last year.

“All boats have previously demonstrated that they are capable of completing the course in that time,” Mansker said of the 34-hour time limit. “They’re well equipped to paddle in the cold and have done it before.”

The competitors left Kaw Point in Kansas City at 7 a.m. Friday and had four safety boats escorting them throughout the race.