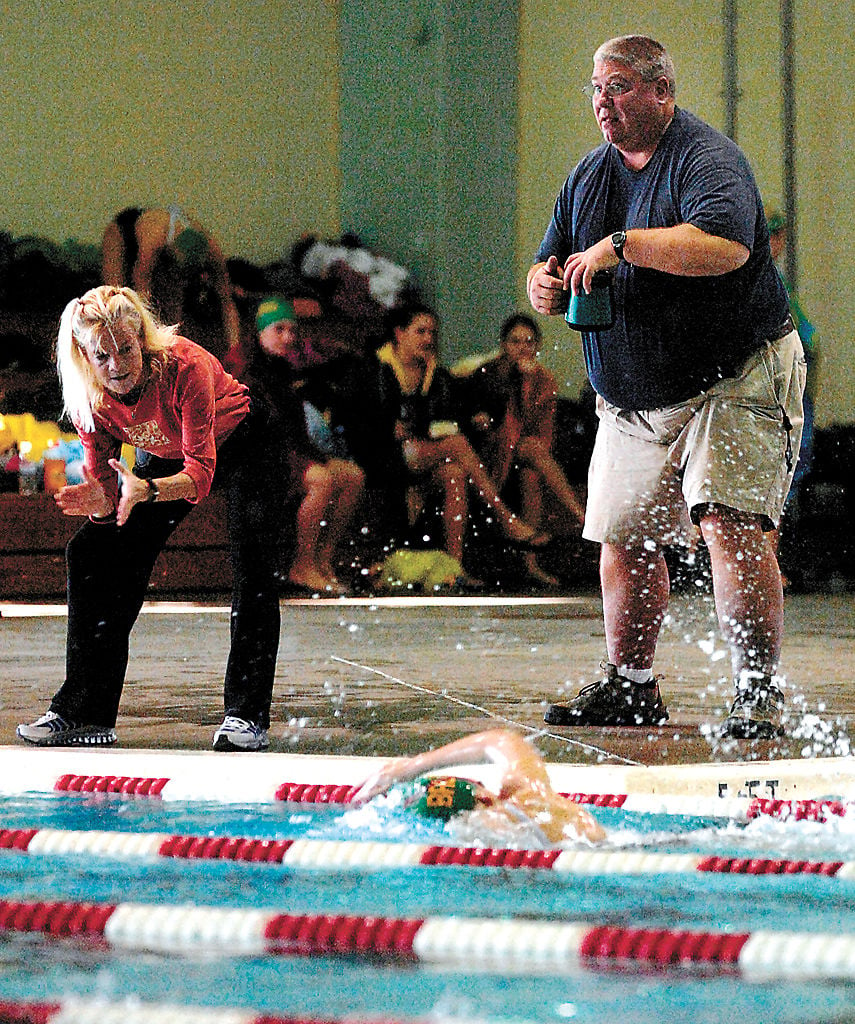 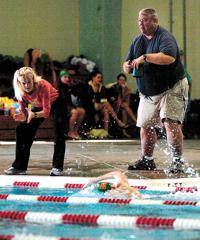 Linda Hamilton, left, and John Hamilton cheer on a Rock Bridge swimmer together at a swim meet in January 2008. 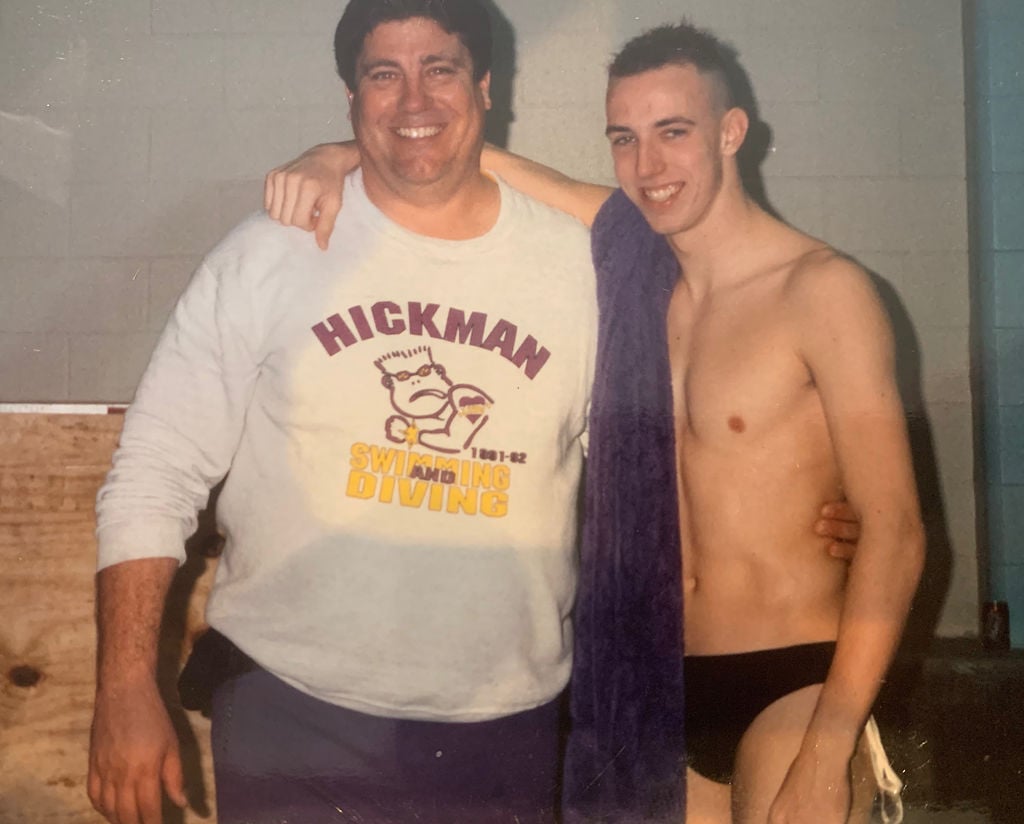 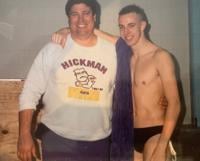 John Hamilton, left, poses for a photograph with David Townsend at the state championships in 1993 at Hickman.

Linda Hamilton, left, and John Hamilton cheer on a Rock Bridge swimmer together at a swim meet in January 2008.

John Hamilton, left, poses for a photograph with David Townsend at the state championships in 1993 at Hickman.

Coach John Hamilton wasn’t someone that could be easily missed. His tall frame, broad shoulders and booming voice commanded any room he entered. Simply put, Hamilton was larger than life.

Mr. Hamilton, who died June 22 at 69, coached both the Rock Bridge and Hickman high school boys’ and girls’ swim teams from 1977 to 2011. He had tremendous success over the course of that 33-year career, including numerous top-four finishes at the state championships. But he eventually was asked to step down.

“You don’t have that much success for that long unless you’re doing things right and really caring about the people you’re working with and supporting,” Townsend said.

As a coach, Hamilton was supportive, but tough. He promoted hard work from all of his swimmers in the form of focus, discipline and visualization.

Julia Alexander Mees, a Hickman girls swimmer from 1993-96, said Mr. Hamilton would talk his athletes through their races so they could visualize everything they needed to do to win: “the perfect stroke technique, the perfect start, the perfect turn, the perfect finish.”

Although he expected hard work and everyone on his respective teams to put forth their best, he did so through gentle guidance that allowed swimmers to showcase the best version of themselves, Molly Critchlow Liberto, Hickman girls swimmer from 1991-95, said.

“He was quiet. Rarely did he raise his voice, but he respected us so completely that he had our complete respect,” Liberto said. “He didn’t have to yell. He just loved and that’s how he was able to reach us and for us to be such a successful team.”

“He had a quiet confidence... We knew that if we trained hard all year that we would drop time and do well at state.”

“He instilled in his swimmers an inspirational belief that we could do great things if we worked hard,” Mees said.

Hamilton promoted teamwork and sportsmanship in and out of the pool. He made sure everyone on the team knew they were important.

“A lot of people see swimming as an individual sport, but I don’t think swimmers do, especially Coach Hamilton’s swimmers,” Liberto said. “It was a team sport. No one on the team was allowed to not give their best, and he encouraged the team to support one another, and we did. We pushed each other in the pool and cheered for each other on the deck, and we also had a lot of fun.”

A hallmark of being coached by Hamilton was the opportunity to see how he and his wife, Linda Hamilton, worked together. They fostered a supportive atmosphere.

“She was Coach’s rock. She was truly an assistant coach, but also a team mom. She’s one of the most supportive people I have ever met, not only to John, but the swimmers as well,” Townsend said.

Although many of Hamilton’s swimmers have moved on from swimming, the lessons they learned from him have had a lifelong impact.

“When I look at the people that went through his swim program, I see success across the board in life, and I think a lot of it started there with the work ethic and the drive and the ability to overcome that they learned swimming for Coach,” Townsend said. “Whether it be in business, medicine or with their families, there’s a lot of success stories throughout.”

COLUMBIA — From across the pool it is easy to see the bond that Linda Hamilton shares with her swim coach husband John.

Chiefs grind out win over Bills before Bell's arrival