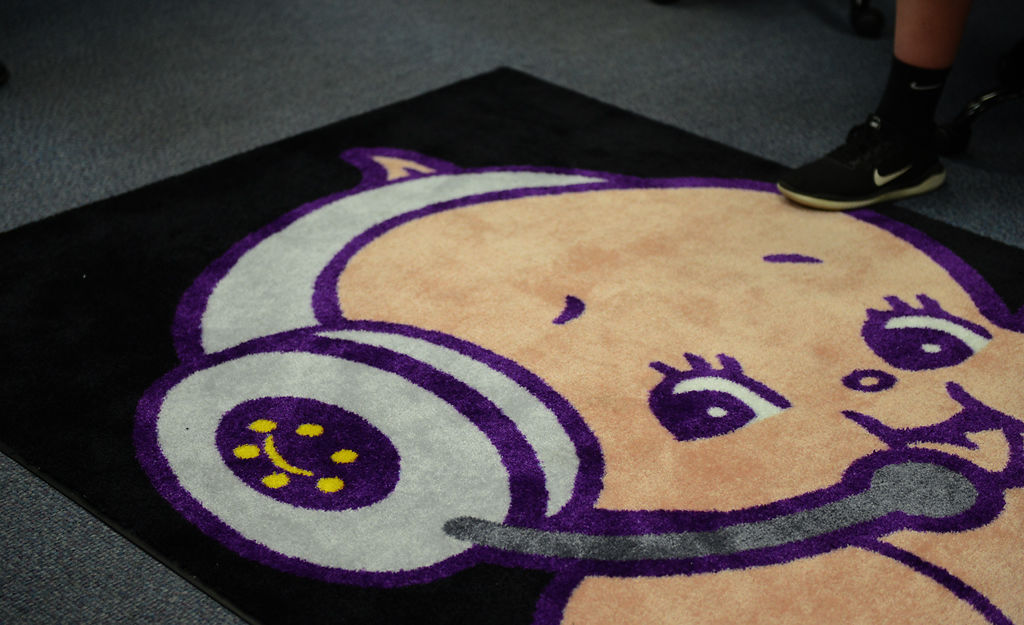 A Kewpie rug lays on the floor of Hickman's gaming room Tuesday. The eSports room was built with money donated by the Columbia Public Schools Foundation. 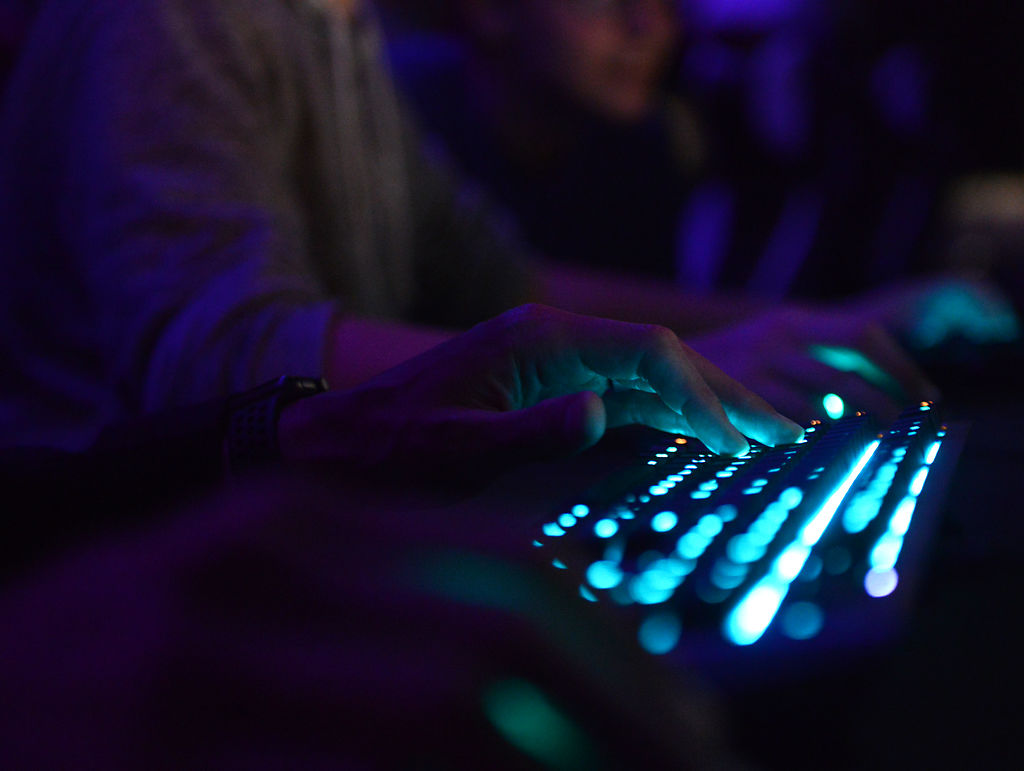 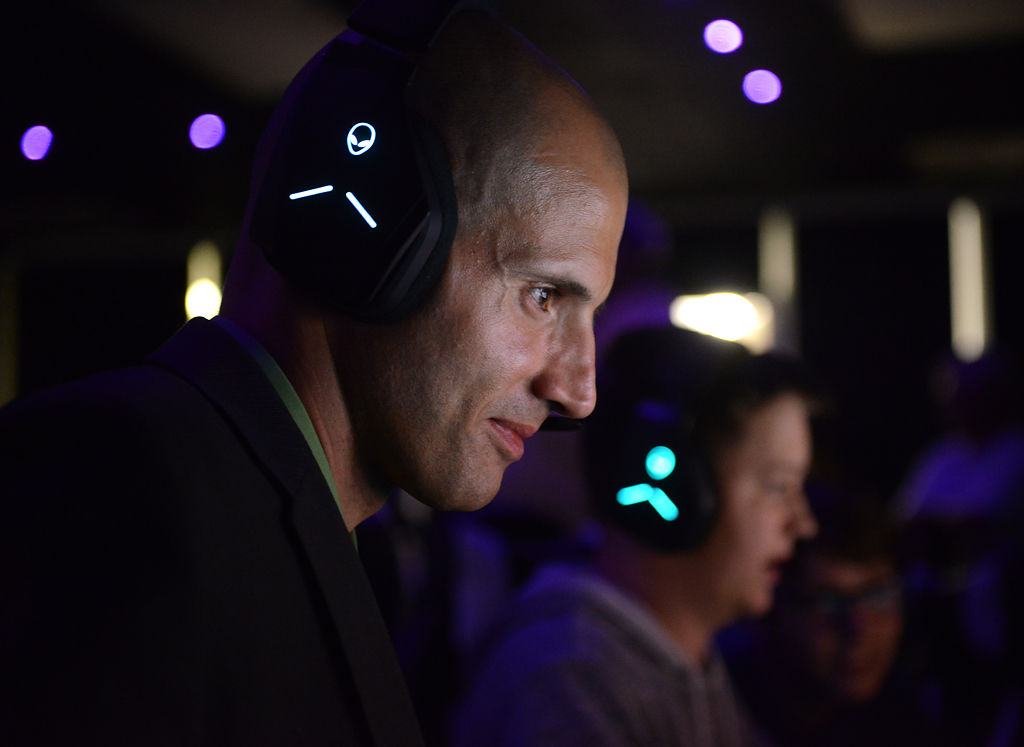 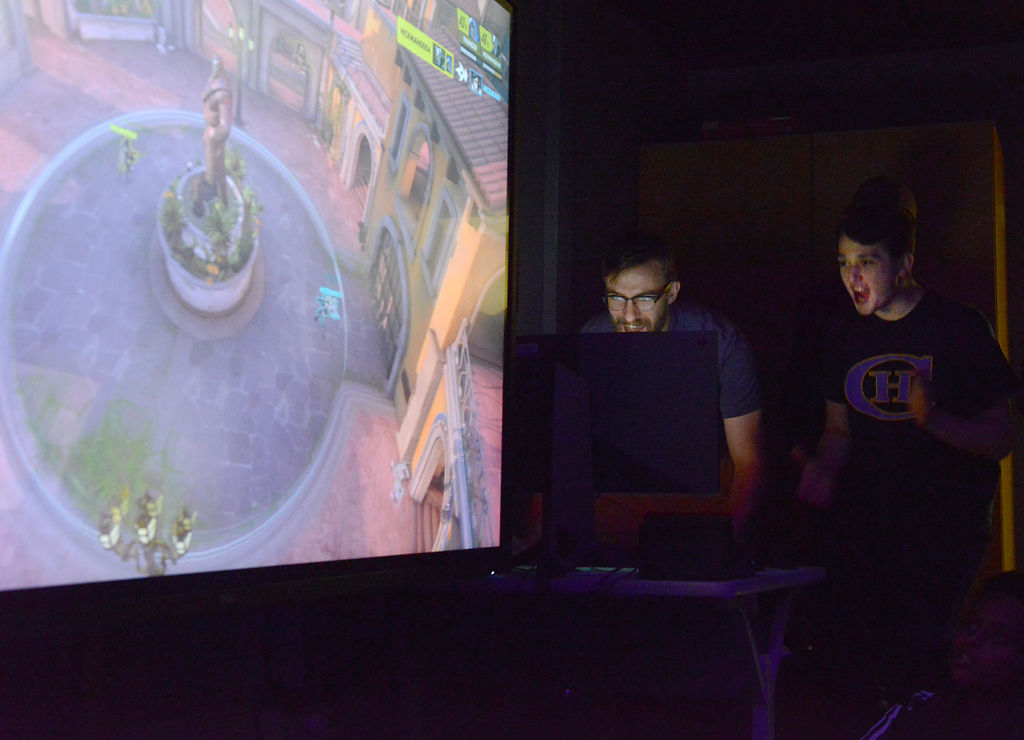 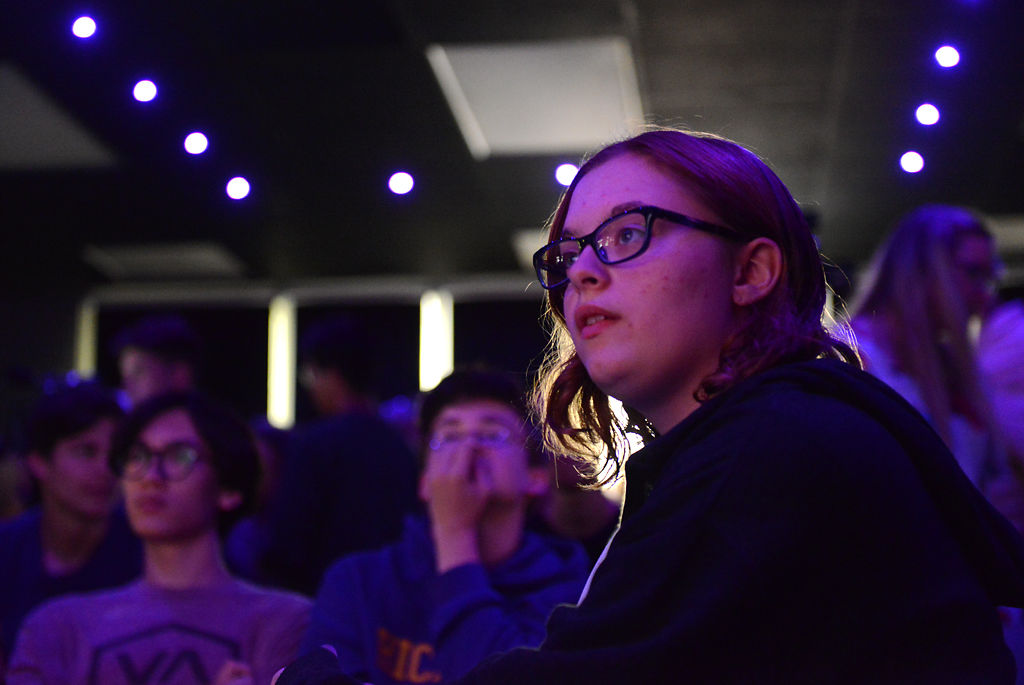 Madison Schisler, a Hickman sophomore, watches the Overwatch match Tuesday. Schisler is also a member of Girls Who Game, a girl-centered gaming club at Columbia College.

A Kewpie rug lays on the floor of Hickman's gaming room Tuesday. The eSports room was built with money donated by the Columbia Public Schools Foundation.

Madison Schisler, a Hickman sophomore, watches the Overwatch match Tuesday. Schisler is also a member of Girls Who Game, a girl-centered gaming club at Columbia College.

Video games in high school? That was the flavor of the day at Hickman on Tuesday.

Thanks to a grant from the Columbia Public Schools Foundation, Hickman has a state-of-the-art gaming room for its esports team.

The Kewpies’ esports team began as a special interest club five years ago. Hickman students came to Principal Tony Gragnani, or referred to as “Tony G” by friends, wanting to start a “League of Legends” club.

Gragnani is a gamer himself, so when his students came to him imploring to start an esports club, he was all-in. He is one of the driving forces and voices behind Hickman’s esports club.

The last two years, Hickman has been playing a yearly tournament in “League of Legends” against Rock Bridge and Battle. Jefferson City participated in the first year. “Overwatch” was added to the tournament in 2018.

The event was hosted by Ukatsu, a Columbia organization aimed at developing esports and gaming. Hickman took home the hardware last season for “League of Legends”.

“These students train just like any sport, it’s very serious to them,” Gragnani said. “I think the most touching thing from that first league that we got was a lot of these kids had never worn a jersey before. This was their first opportunity to represent their school and be celebrated in front of their peers”.

Club play is available for students on Tuesdays, and practices are held on Thursdays. The esports room and club has already grown into a school hotspot, with queues of students lining up to watch the action live on a giant flat screen TV.

“It was standing room only for our Overwatch tryouts,” Gragnani said. “What’s cool is this room has been able to engage so many students”.

Gregnani began talks with CPSF last October in hopes of receiving five gaming computers so that more players could engage.

As the talks grew it turned into a $8,500 donation. Along with help from Dell, Hickman was able to exceed the five computers target. It also added gaming chairs, custom keyboards with the school’s colors, Hickman esports logos, couches, and a large flat screen for viewing.

Gragnani was blown away by the support.

Cindy Mustard is president of the Columbia Public Schools Foundation. Her goal aligns with that of CPSF’s to support teachers and students by enhancing their education. One of its main ways is by supporting local schools with grants.

“We’re reaching out to a lot of students that may have never thought of being part of a team, going for championships, winning trophies. That’s what it’s all about,” Mustard said.

The foundation looks for unusual opportunities where without its help schools might not have those opportunities.

“What I like about (esports) is that it’s boys and girls, anyone can be a part of it,” Mustard said.

The main event of the evening was the friendly scrimmage between vice-president of CPSF Abe Bahadori, and superintendent of Columbia Public Schools Peter Stiepleman. Two students from the esports program teamed up to provide help.

Stiepleman joked that he’d been practicing and receiving some pointers from his kids.

Bahadori’s team was able to sweep both matches in “Overwatch”. The two then moved on to “Super Smash Bros. Ultimate”. Bahadori again took the win. Perhaps there’s a career in esports for him.

The esports club is led by Andrew Bechtel. He is the sponsor/coach of Hickman esports, and provided color commentary for the competition Tuesday.

“Mr. Gragnani asked me is there anything I’d want to teach. I said I want to teach people how to not get mad at video games,” Bechtel said. “He said funny enough I have this esports club, and it needs a sponsor.”

Hickman student Joey Barbis is the president of the Kewpie esports club. Barbis has been able to meet new people and make friends through the group.

“It’s an encouraging thing to have that allows people to learn vital skills they need like communication,” Barbis said.

Columbia has proved to be a hub for esports in the past five years with MU, Stephens College and Columbia College starting their esports teams.

With Hickman, Rock Bridge and Battle starting their own esports clubs it provides opportunity in esports, whether it be professional gaming or computer software.

Organizations such as the Columbia Public Schools Foundation is vital to the growth of esports. It’s encouraging to Gragnani, coach Bechtel and all the players on Hickman’s esports club to see this outpouring of community support.

The top 75 — plus 1 — players in NBA history are revealed

Formula One foothold growing, series here to stay in USA