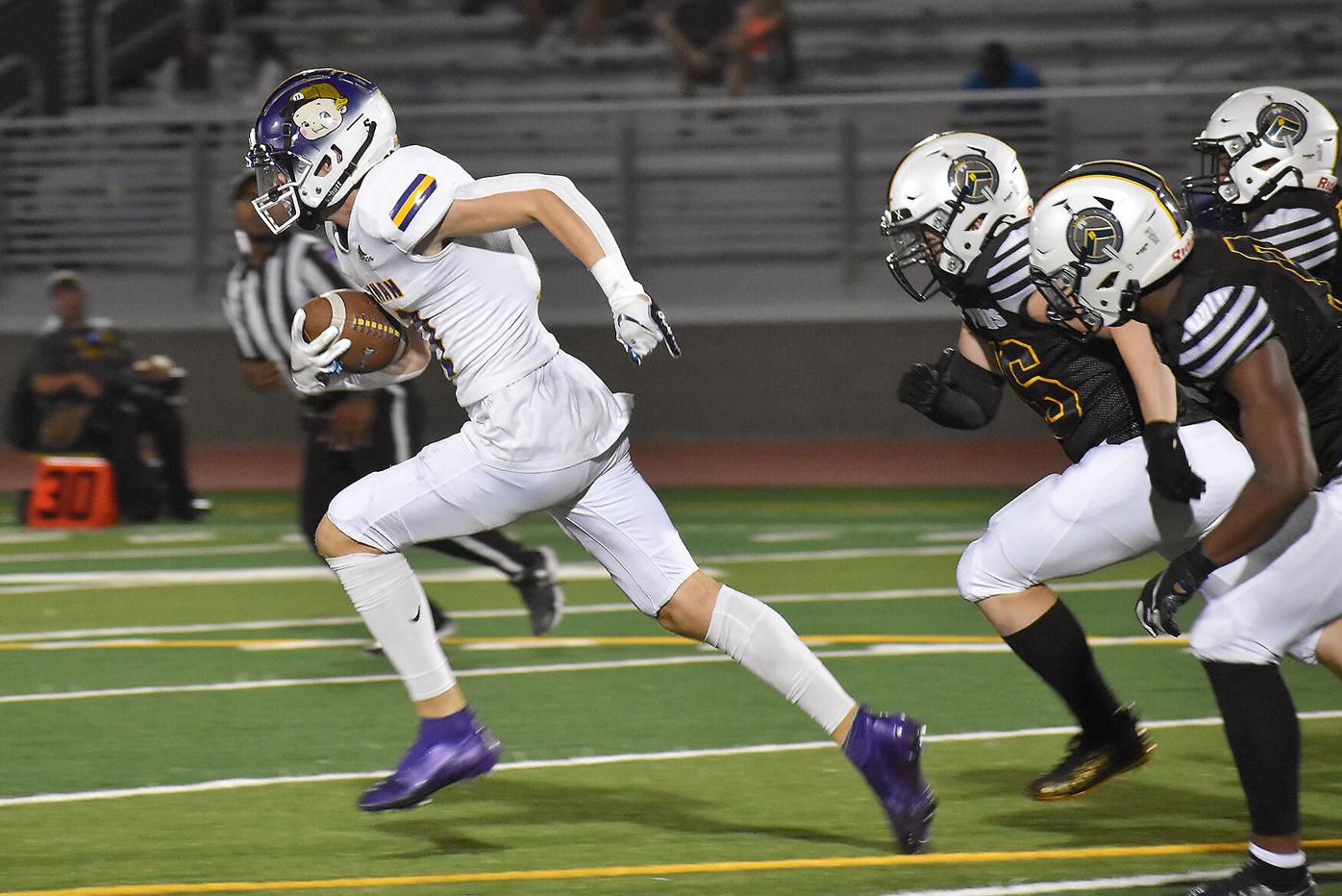 Hickman senior George Nickolaus dashes towards the end zone during the fourth quarter of the game on Friday in Columbia. 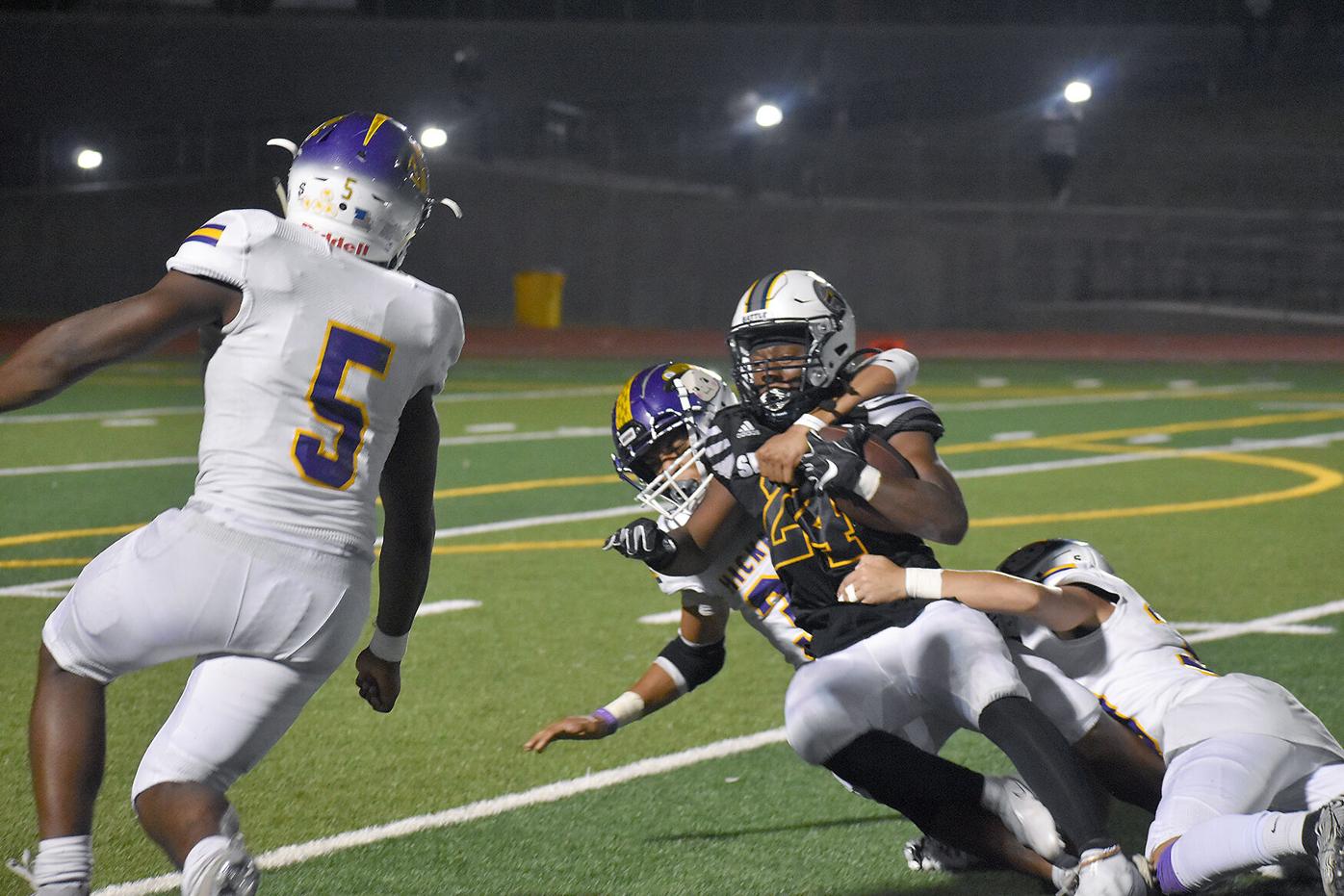 Battle senior Tre Richardson is tackled with the ball during the fourth quarter of a game against Hickman on Friday in Columbia.

Hickman senior George Nickolaus dashes towards the end zone during the fourth quarter of the game on Friday in Columbia.

Battle senior Tre Richardson is tackled with the ball during the fourth quarter of a game against Hickman on Friday in Columbia.

Battle’s LJ Williams and Justin Goolsby were the story of the night as they diced up the Hickman secondary, producing 87 yards and two touchdowns between them in the first half. Williams, the former Kewpie, transferred to Battle this year and sliced up his former team, adding a kick return touchdown on top of dominant receiving performance in a 35-22 win.

Goolsby was effective all night throwing deep passes for the Spartans (2-1) as he threw for 275 yards and four touchdowns. He hit multiple throws of 40-plus yards.

“We can’t stop big plays,” Alvis said. “Bad eyes, looking in the backfield instead of having the eyes on our person, letting people get behind us.”

On offense it was a story of miscues that stopped the Kewpies from capitalizing on running back Deon Weston’s second straight dominant game. He rushed the ball 27 times for 199 yards and three touchdowns, but Hickman had multiple offensive penalties including five false starts in the game.

“Only we can stop him when we can’t get out of our way and can’t execute,” Alvis said. “It’s a lack of focus, same thing we have been seeing the last few weeks.”

“We just gotta get the ball out of his hands,” Alvis said. “Quicker passes.”

Hickman (1-3) has a week to clean up its mistakes in all three phases of the game as it was the second straight week with a blocked extra point.