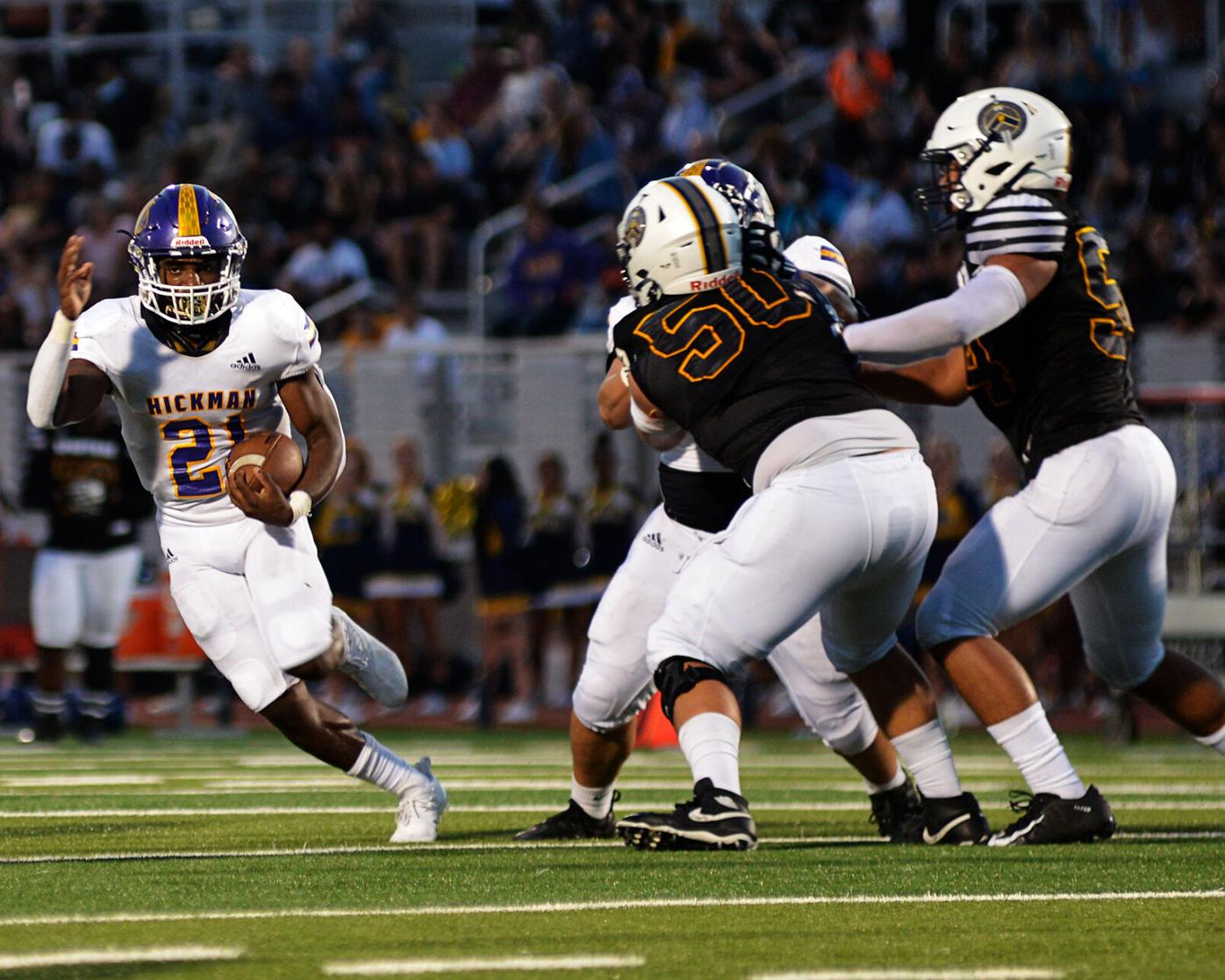 Hickman senior Deon Weston away runs from Battle senior Hayden Hicks during the Spartans’ 35-22 victory over the Kewpies last Friday. Weston has rushed for more than 100 yards in each of the past three games. 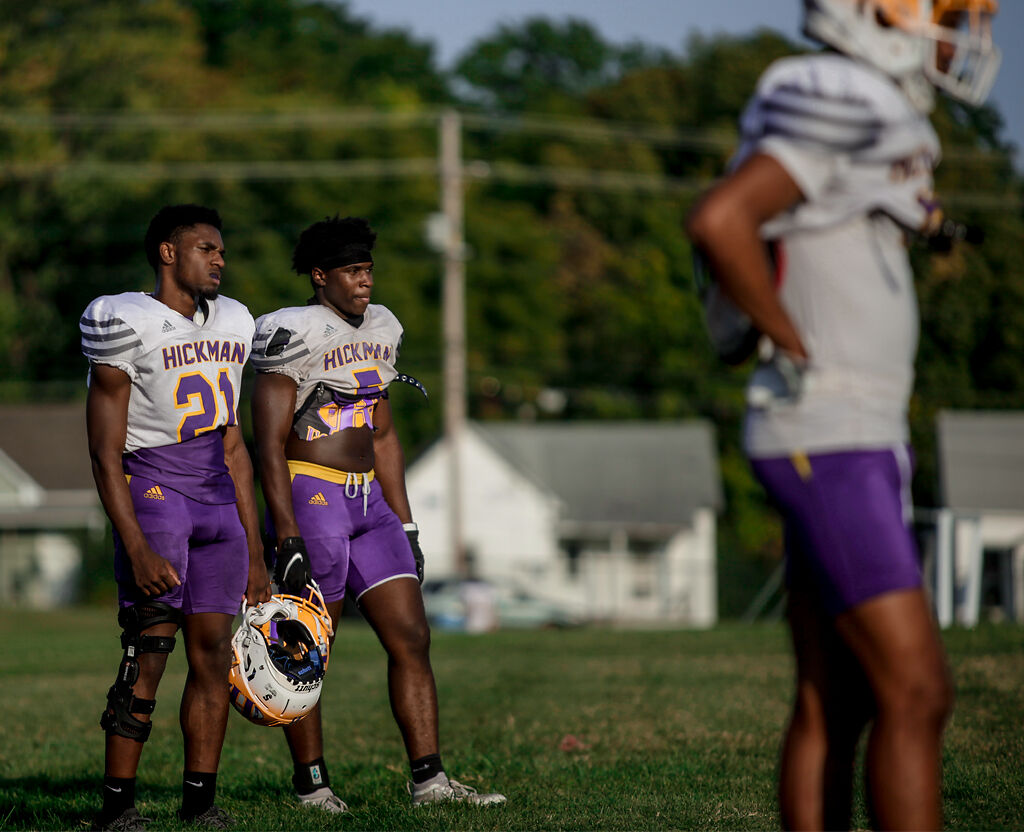 Hickman senior Deon Weston away runs from Battle senior Hayden Hicks during the Spartans’ 35-22 victory over the Kewpies last Friday. Weston has rushed for more than 100 yards in each of the past three games.

Deon Weston’s approach to football dates back to his introduction to the game as a first-grader.

“I just liked to run, and I didn’t like to get hit a lot,” he said. “So I would try to not get hit and just ran a whole bunch back and forth.”

Now a senior at Hickman, Weston’s still playing the same way, still just as dangerous in open space. It’s part of the reason he’s rushed for more than 100 yards in three straight games and has 506 rushing yards over that span, including three touchdowns of 30 or more yards.

“For me growing up, it was Dante Hall. He had the X-factor — any time he touched it, it was like something electric was going to happen,” Kewpies coach Cedric Alvis said. “Deon has the same vibe.”

After sharing a backfield last year, Weston has been in a starring role for Hickman this season. The senior running back has rushed for 506 yards and six touchdowns over his past three games.

The talent was always there. Now he’s finally getting a chance to show it.

“Last year, we had a couple different backs playing that were seniors,” Alvis said. “The difference for him is a year.”

“I kinda miss those dudes,” Weston said. “But at the same time, I am glad I get the ball and get to show people what I can do.”

The season started slowly, as the Kewpies fell 45-0 to Francis Howell in their season opener. It was the only time this season Weston has run for fewer than 100 yards in a game.

“That first game, we had a lot of young people starting,” Alvis said. “There was a lot of nerves O-line-wise, blocking-wise. Things are starting to improve.”

They’ve improved enough that in the very next game, Weston ripped off a 34-yard run for a touchdown, showing off the speed that he has cultivated on the track as a two-sport athlete. Weston credits track for helping with his “leg strength and conditioning.”

“Honestly, what that kid was able to do on the track has carried over,” Alvis said “The confidence that he can run by whoever — if he can get a yard, he’s gone.”

Although things have come easy for Weston this year, he did not always have the same success he has today. In his freshman year, he suffered a torn ACL that ended his season.

“That was real hard,” Weston said, “actually having to motivate myself that I would be able to play football again and just be out here and run.”

“The thing is he’s always been a fighter,” Alvis said. “He always has had a great attitude.”

That attitude, combined with his play, makes him a leader on offense for Hickman. Whenever the Kewpies are in need of a big play, they know they can rely on him.

“That kid has been the same (since he was) a freshman,” Alvis said. “He has always done what you needed him to do. He’s (proved) it over and over again repeatedly.”

That focus on team success over his individual accomplishments has helped endear Weston to his teammates.

“I don’t really look at my stats and stuff like that,” Weston said. “So I didn’t realize how good I was doing until this week when everybody started coming to me.”

Despite his red-hot statistical run, Weston hasn’t decided yet whether he is going to play football in college or run track. For now, he’s focused on this season and how he can help the Kewpies improve as a team.

“It is hard to not get excited when you watch him run the football,” Alvis said. “It is hard to feel like we can’t score. We have a chance to be great when the ball is in his hands.”

Where: Hickman High School in Columbia