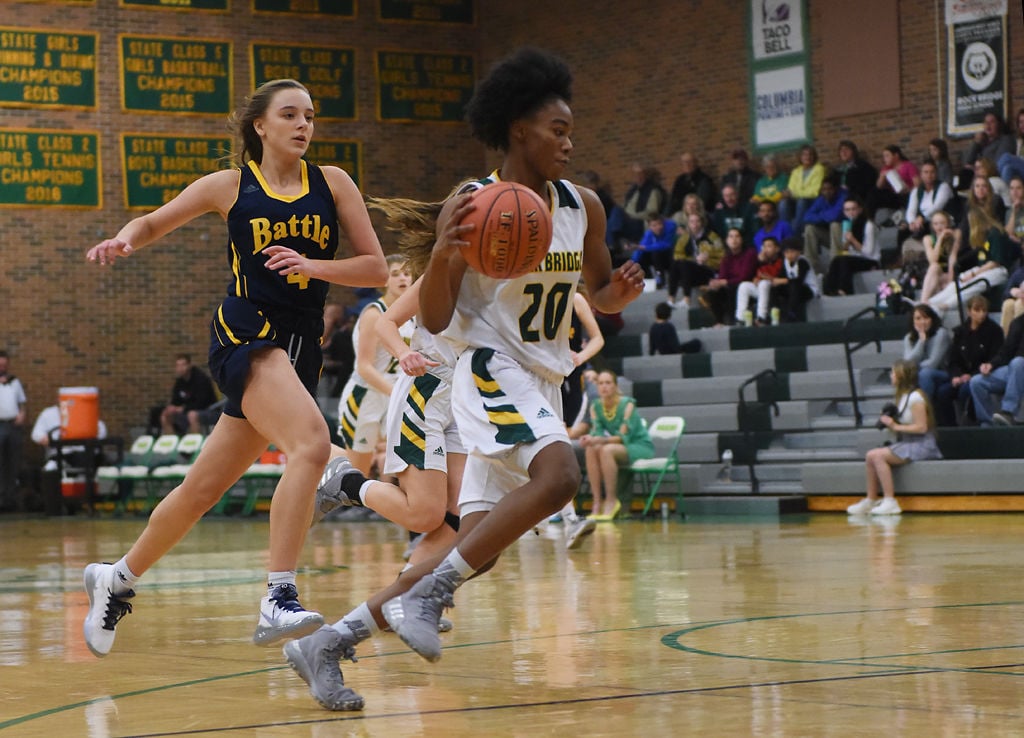 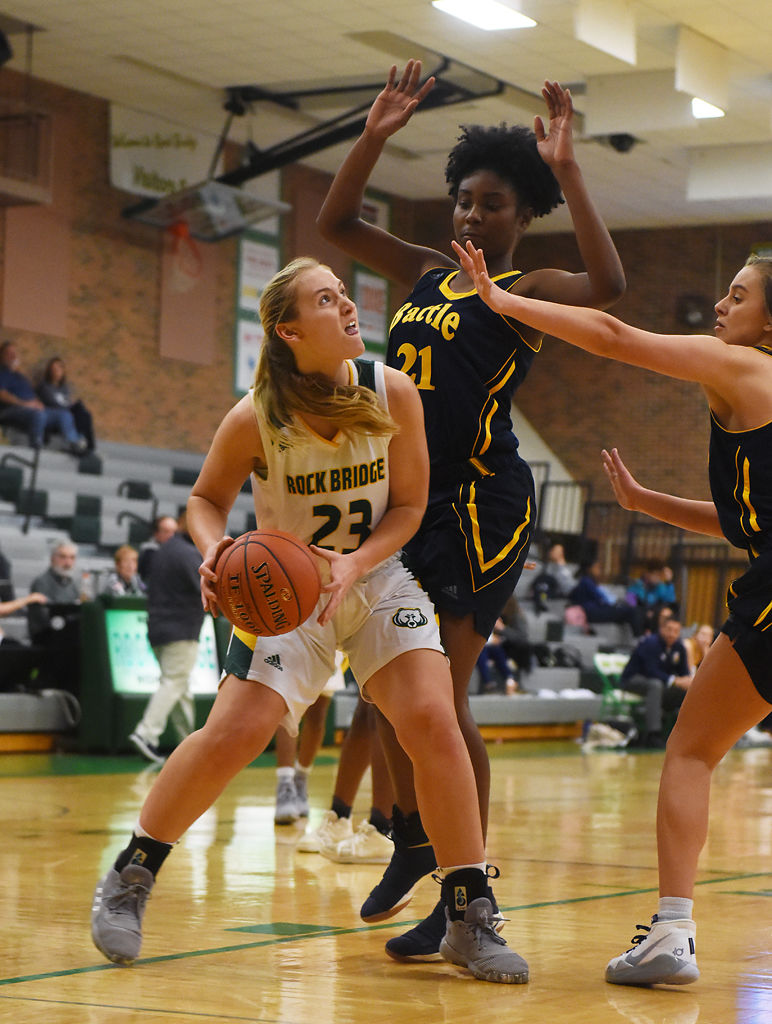 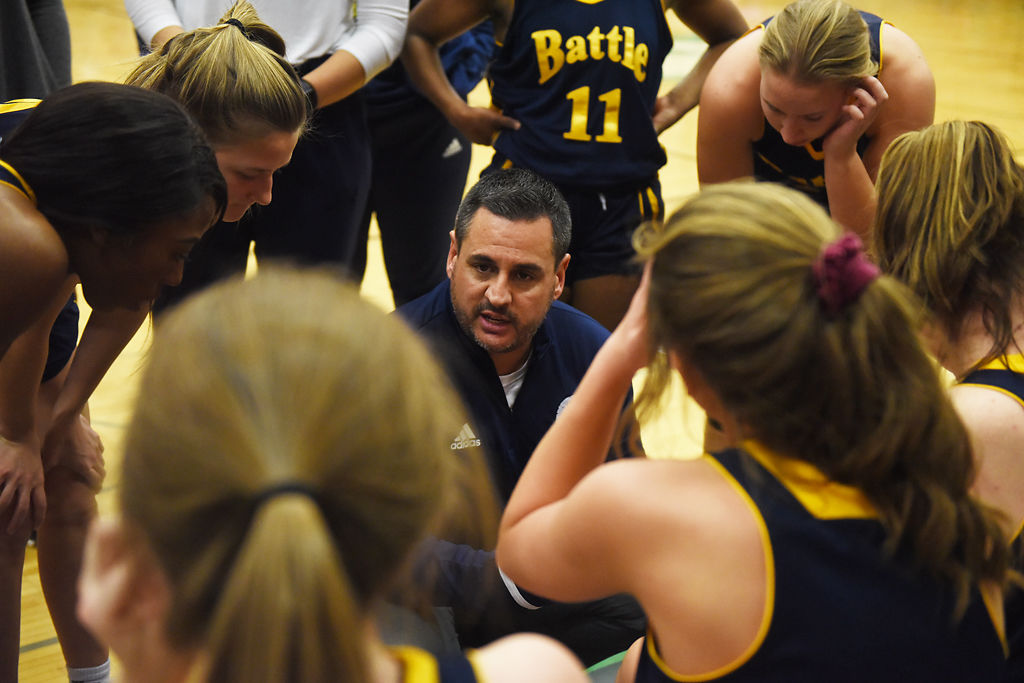 Battle head coach Michael Fernandez speaks to the Spartan girls basketball team during the second period of their varsity away game against Rock Bridge Thursday at Rock Bridge. Battle's next game is at Smith-Cotton on Dec. 21. 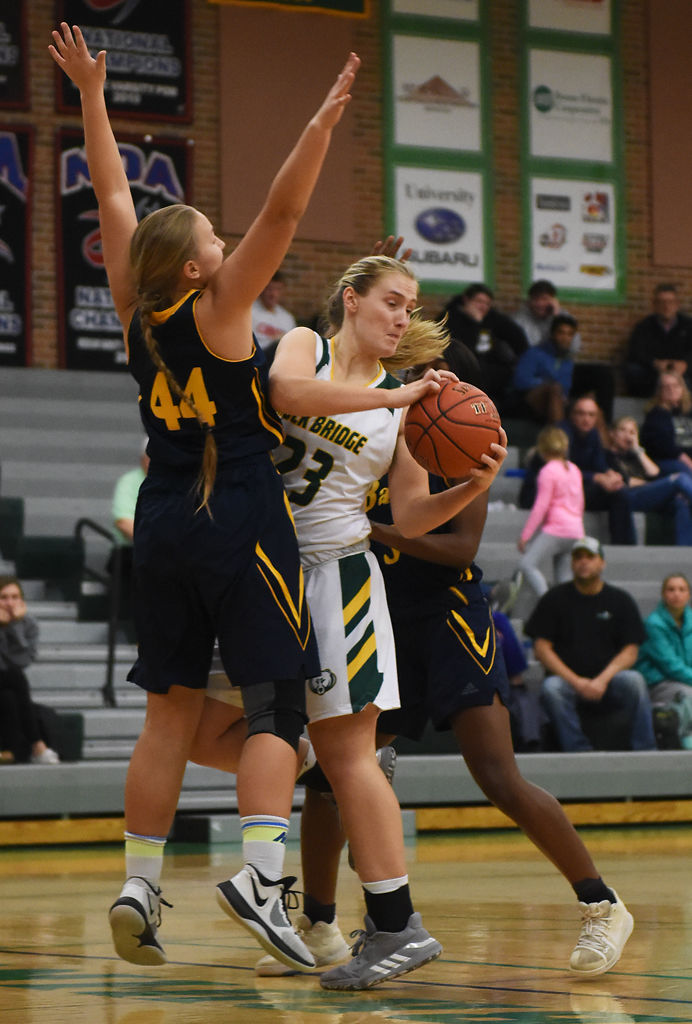 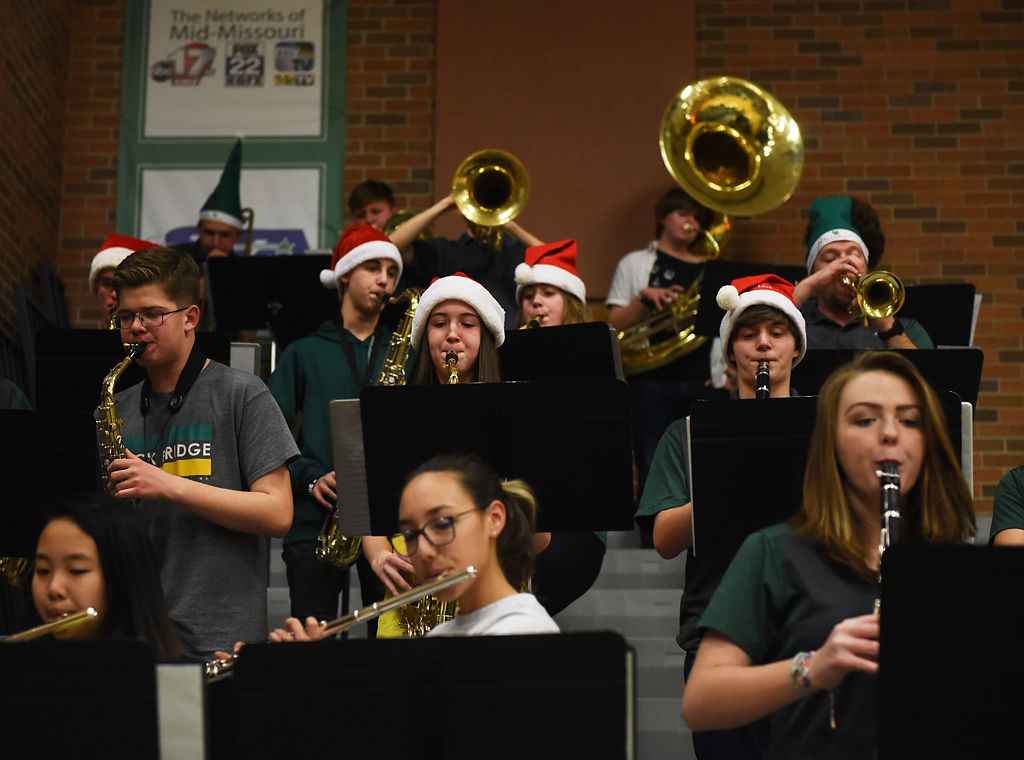 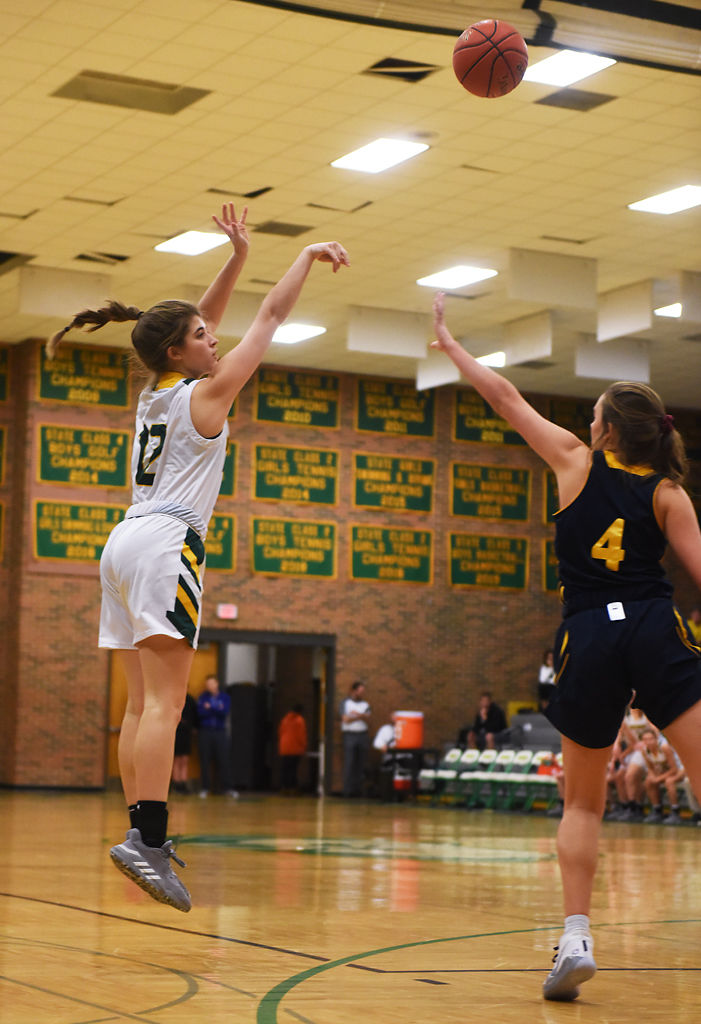 Rock Bridge senior Samantha Mackley takes a jump shot as Battle sophomore Brooklynn Spillman tries to block her shot Thursday at Rock Bridge. The Bruins' next game is at Nixa on Dec. 16.

Battle head coach Michael Fernandez speaks to the Spartan girls basketball team during the second period of their varsity away game against Rock Bridge Thursday at Rock Bridge. Battle's next game is at Smith-Cotton on Dec. 21.

Rock Bridge senior Samantha Mackley takes a jump shot as Battle sophomore Brooklynn Spillman tries to block her shot Thursday at Rock Bridge. The Bruins' next game is at Nixa on Dec. 16.

Rock Bridge won the tip, scored the first basket and didn’t look back.

The Bruins girls were dominant on both sides of the basketball court Thursday, beating Battle 81-21 at Rock Bridge.

Despite the lopsided score, Thursday night’s game was defined by the home squad’s defense. The visiting Spartans struggled to get anything going against Rock Bridge’s stingy defense, failing to score or even attempt a basket until the second quarter.

Rock Bridge smothered the Spartan offense in the half-court, scoring most of its points after forcing turnovers. The Bruins poked, prodded and pressured Battle all game with a tough full-court press and 1-3-1 zone defense.

Bruins coach Jill Nagel said earning fast-break points off turnovers is a point of emphasis for her team this season.

“We don’t want to practice offense much because that’s a good way to get your points with layups (on fast breaks) instead of having to set up your offense,” she said.

Rock Bridge played well in the half court, too. The Bruins, led by Averi Kroenke, came out hot against Battle’s 2-3 zone. Rock Bridge put up 26 points in the first frame, half of which came from the sophomore guard. The only shot Kroenke missed in the first half was a three-quarter court heave as time expired in the first quarter.

“I was feeling pretty hot. I was just trying to attack and get good shots and my teammates set me up well,” Kroenke said.

A 3 from Taryn Criblez, the Spartans’ first field goal attempt, put Battle on the board in the second quarter. Her effort was futile, however, as Battle trailed 46-8 at the half. The senior guard ended the night 2-for-3 from behind the arc, with all six of her points coming from deep.

“We were just against a team that is on another level, in a different place than our program right now,” Battle coach Michael Fernandez said.

Eliyah McCarth led the Spartans in scoring with eight.

Kroenke went cold shooting after her performance in the first half, settling to be a facilitator rather than a scorer. But the sophomore still led all players in scoring with 15 points, going 6-for-9 from the field.

The Bruins’ star point guard, Sanaa’ St. Andre, started slow but heated up in the second quarter, and the senior ended with a respectable 13 points on her birthday. Sharpshooter Kate Linnemeyer also scored double-digits for the Bruins. The junior was 3-for-4 from three and ended with 11 points.

Following Thursday’s drubbing, Battle has a much-needed break in the schedule. After winning their first game, the Spartans have dropped four straight by double-digits. Battle will look to get back in the win column at 9 p.m. Dec. 21 at home, when it will welcome the Smith-Cotton Tigers.

Rock Bridge is back on the road for its next matchup after a two-game homestand. The Bruins play next in a tough road environment in what Nagel calls “a hornet’s nest” at 7:30 p.m. Monday at Nixa.

SEC in Review: Wildcats open up gap atop conference standings

Colleges, universities would be required to insure student athletes under new bill