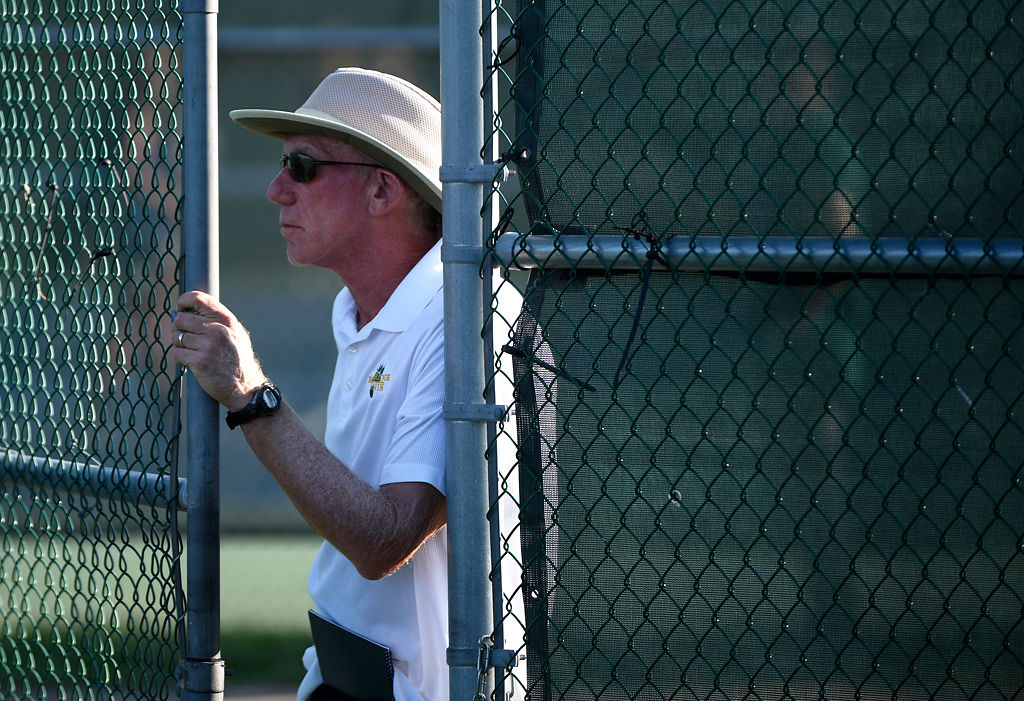 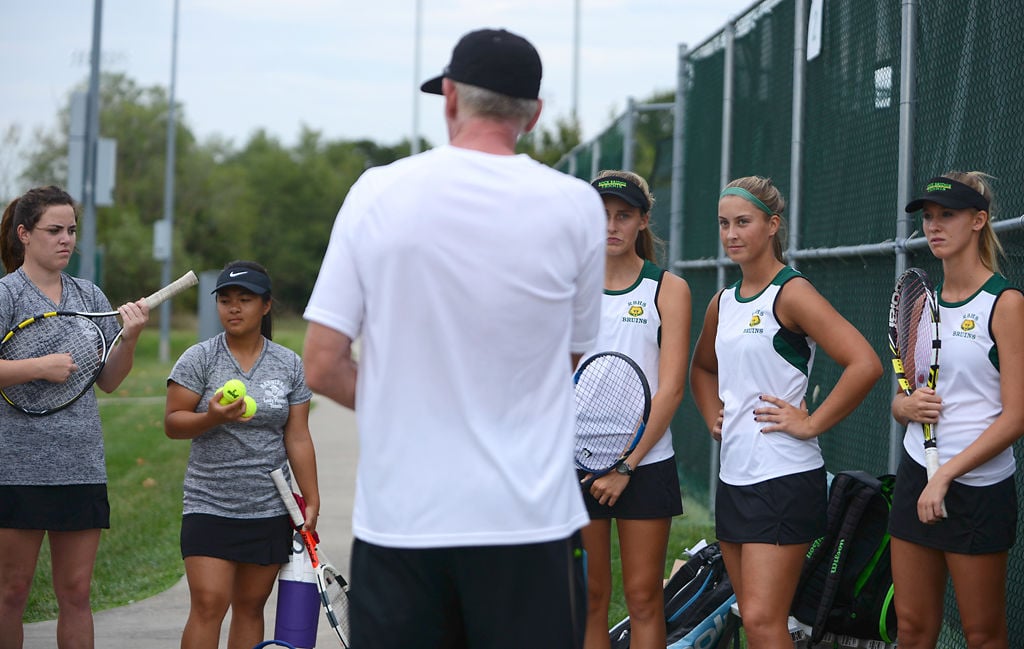 Rock Bridge girls varsity tennis coach Ben Loeb introduces the teams to each other on Sept. 26, 2017, at Cosmo-Bethel Park. 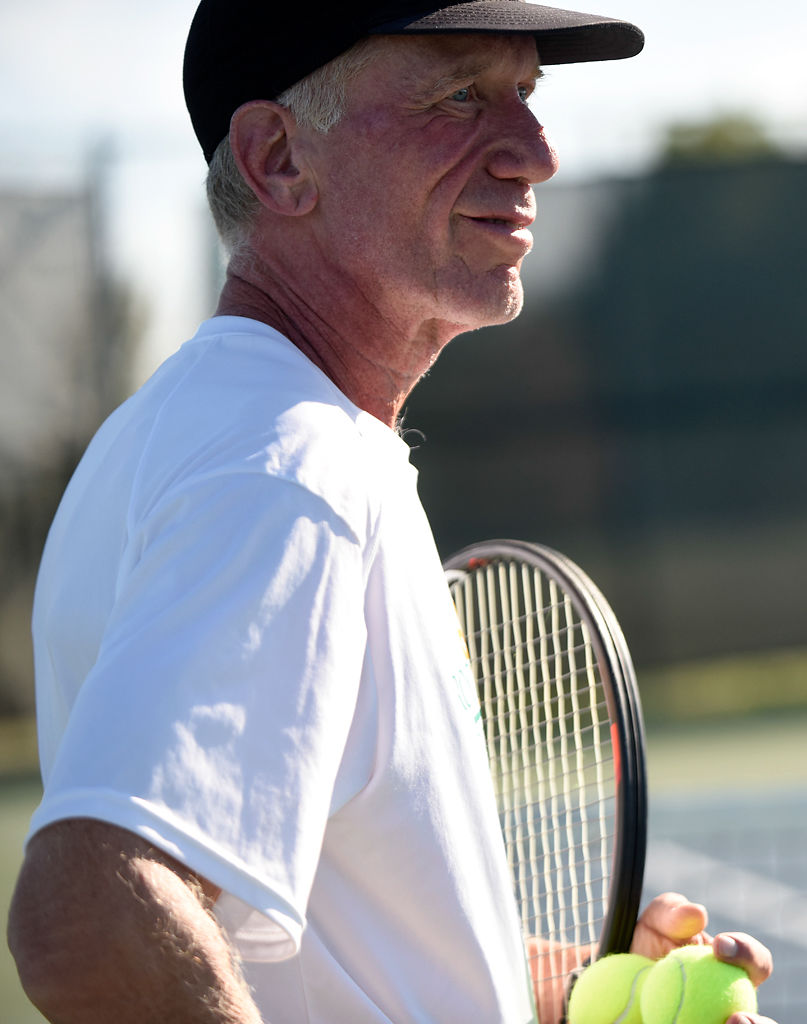 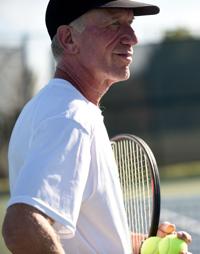 Rock Bridge girls varsity tennis coach Ben Loeb introduces the teams to each other on Sept. 26, 2017, at Cosmo-Bethel Park.

In every sport, there is an obvious physical element to each athlete’s performance. But what can sometimes be lost in impressive physical achievement is the underlying mental aspect of sports. This side of sports is especially important in tennis — an individual sport — and Rock Bridge coach Ben Loeb is fully aware.

“You can’t run out the clock, there’s no way you can be subbed out, there’s nowhere to hide,” Loeb said. “So, consequently, it makes the psychological side of it even more challenging.”

Senior Eleanor Fay is the Bruins' No. 2 player and understands how important it is to be mentally tough in tennis.

“In a lot of other sports, you have a team to fall behind you, so you can switch out players who aren’t doing that well. But, in tennis it’s just you, your opponent and the court,” Fay said. “Just one-on-one playing can really take a toll on your mind. It is really important to have that psychological factor down so that you can do well and get yourself out of tough spots.”

During his 20-plus years of serving as Rock Bridge’s coach, Loeb’s boys and girls teams have amassed 16 state titles since 1999. The girls team has missed the state semifinals just once since 1999 and have won the state title the past four years. The boys team has also won the last three state titles.

All along the way, Loeb has preached how mentally taxing tennis can be.

“If you don’t want to put yourself on the line psychologically, you better not get involved in tennis, unless you’re there for social reasons,” Loeb said. “If you are there to truly be a competitor, this is a very tough arena and this arena isn’t for everybody because you have to be responsible for your wins and losses.”

Although Loeb’s teams are mentally tough, he understands it is not the lone reason for his teams’ success over the years.

“I think the biggest reason for success is having enough talented players that make a commitment to the sport, that’s No. 1,” Loeb said. “I do think that if you try to be as strong as you can psychologically, that certainly can make a difference as well. It is not going to guarantee you’re going to be better than your opponent, but hopefully it puts you in the best position possible to be successful.”

Corinne Farid, a junior and the team’s No. 1 player, said her team tries to prioritize psychology more than its opponents.

On top of Loeb’s successful track record as a tennis coach, he has also taught a course on sports psychology at Rock Bridge since 2011.

Over the summer, Loeb finally finished a project that had been in the works for years, a book called “Next-Level Coaching.” The book consists of many short readings and exercises aimed to help an athlete with the psychological side of sports.

Naturally, Loeb uses many of the techniques from the book to help coach his players. On a regular basis, Loeb will print out an exercise from his book to give to his players. Often times, the practices are phrases or acronyms that players can remember during a match to help with their play.

Along with on-the-court help, Loeb uses his book to teach lessons applicable to life.

“It’s easy to take losing and relate to it to facing a tough spot in your life, no matter what it is,” Fay said.

“(Tennis) has made me realize what I want and how to get what I want,” she said. “I realize it is not going to come easily, and there are always going to be other people who are going to either beat you or put in more effort than you.”

And those lessons all started with her coach.

Nets' Aldridge retires at 35 due to irregular heartbeat

MLS season starts with hopes of returning to normalcy