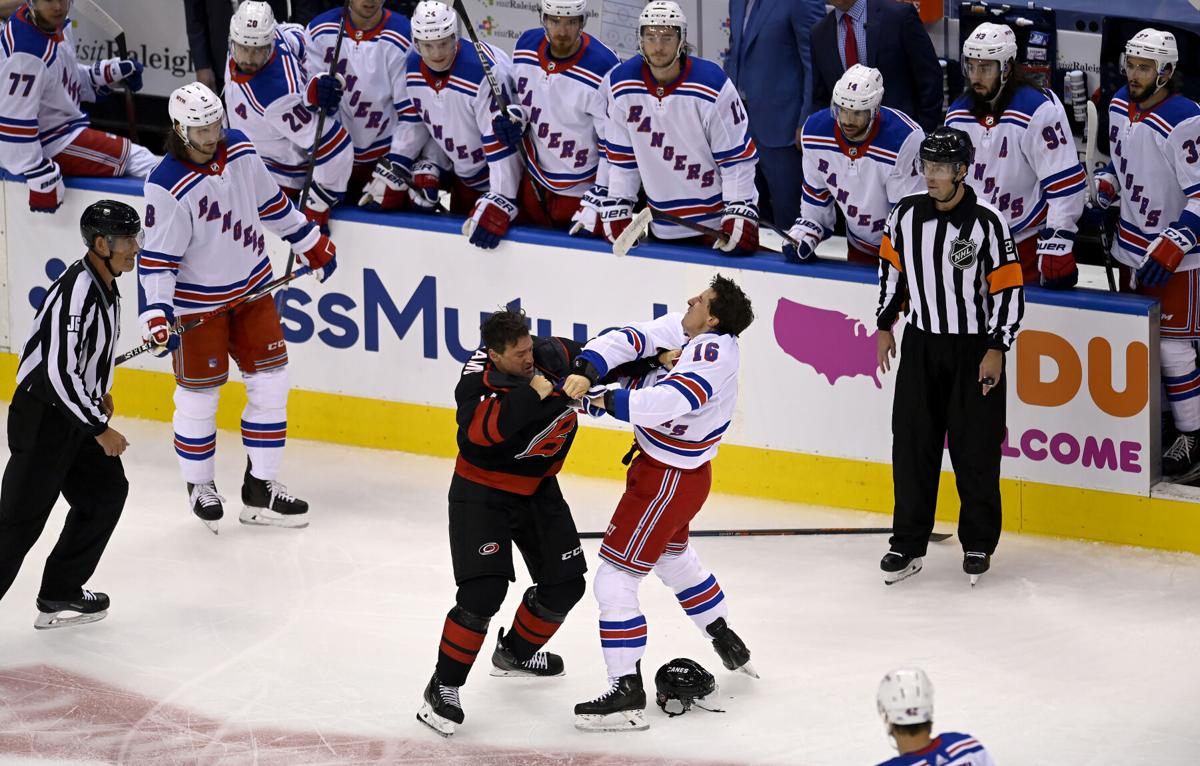 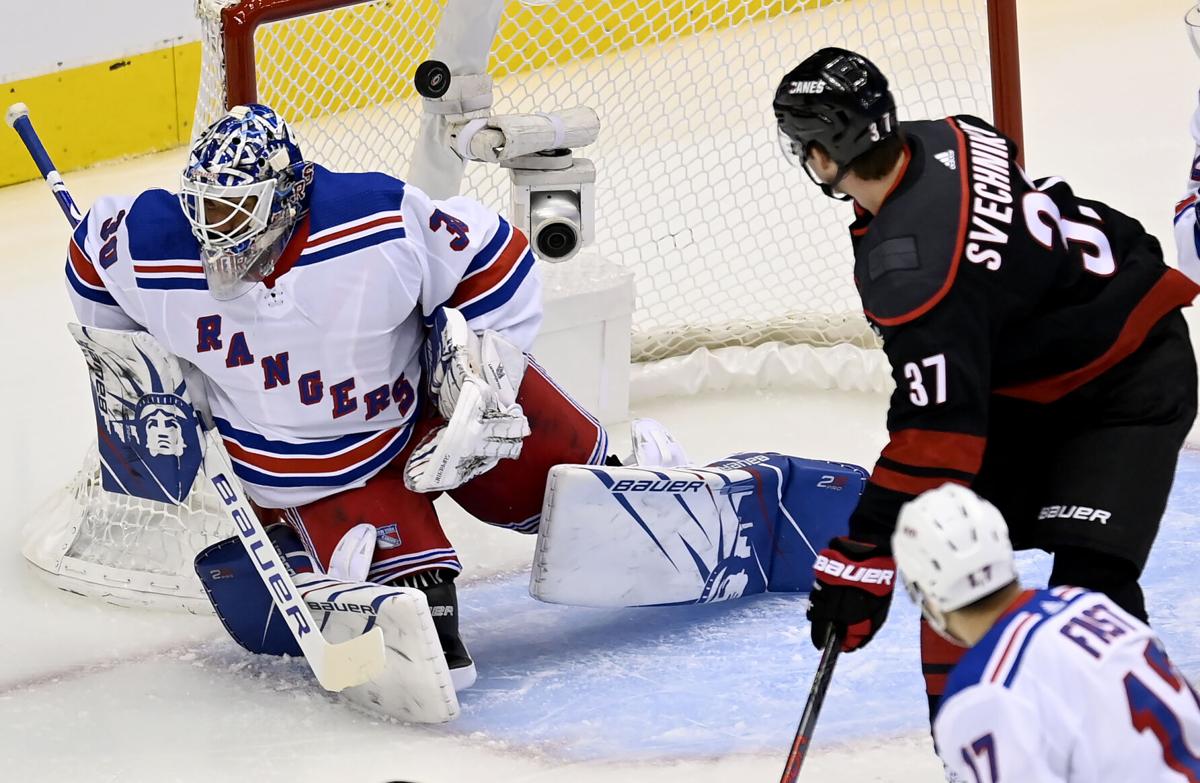 TORONTO — Players watching the opening minutes of the first NHL game in several months marveled at the familiar feeling from half a continent away.

“Not necessarily laughing but just (noticing) how intense it was right away,” Vancouver’s Tyler Toffoli said.

If the first game is any indication, hockey hasn’t missed a beat.

The most unusual playoffs in league history got underway Saturday with games in the Canadian cities of Toronto and Edmonton, Alberta. The dynamics are far different than usual: It’s the middle of summer and all games are being played in empty arenas. But the big hits and fight from Game 1 provided ample evidence the Stanley Cup is still on the line.

“It was a boxing match back and forth,” New York Rangers goaltender Henrik Lundqvist said after a 3-2 loss to the Carolina Hurricanes in Toronto in the NHL’s first game since March 11.

Carolina’s Jaccob Slavin carved his name into history 61 seconds in with the first NHL goal ever scored in August. Teammate Justin Williams fought Ryan Strome a couple of minutes later, and the Hurricanes took a big step by taking a 1-0 lead in their best-of-five qualifying round series.

The Edmonton Oilers and Chicago Blackhawks picked right up with five goals in the first 13 minutes of their Game 1 in Edmonton. The wall-to-wall hockey on opening day also included the Florida Panthers against the New York Islanders, Montreal Canadiens against the Pittsburgh Penguins and Winnipeg Jets against the Calgary Flames.

At Scotiabank Arena, the first dozen or so rows are covered in grey and white tarp, with the NHL shield on four of them and Toronto in all capital letters on another four.

In each of the end zones are NHL Eastern Conference banners book-ending a banner that reads “Stanley Cup Qualifiers 2020.”

The remainder of the arena is as is, with the 19 Maple Leafs player banners, from Frank Mahovlich in the east end to Doug Gilmour in the west, and Turk Broda smack dab in the middle.

Behind them are the Raptors banners, including the 2019 NBA championship, and beyond the row of Maple Leafs Stanley Cup banners.

Outside the arena, the streets are generally bare of people, with Maple Leaf Square fenced off and with security personnel at each entrance.

Inside, there were reminders of the pandemic: the ice crew wearing masks, disinfection of benches at intermission and the din of piped-in crowd noise filling the air.

On the top banner of the video scoreboard at center, are the words: ”#WeSkateForBLACKLIVES.” Minnesota’s Mathew Dumba made a pregame speech in Edmonton on behalf of the Hockey Diversity Alliance he and several other Black players started recently.

“Racism is everywhere, and we need to fight against it,” Dumba said. “We will fight against injustice and fight for what is right. I hope this inspires a new generation of hockey players and hockey fans because Black lives matter, Breonna Taylor’s life matters. Hockey is a great game, but it could be a whole lot greater, and it starts with all of us.”

Dumba kneeled during the U.S. anthem, with Black players Malcolm Subban and Darnell Nurse standing with a hand on each of his shoulders.

The puck has dropped in two Canadian cities to usher in the return of the NHL after a hiatus of more than four months.

A look back: What Odom meant to Missouri

Breaking down the Battle Line: Assessing the Arkansas-Missouri series