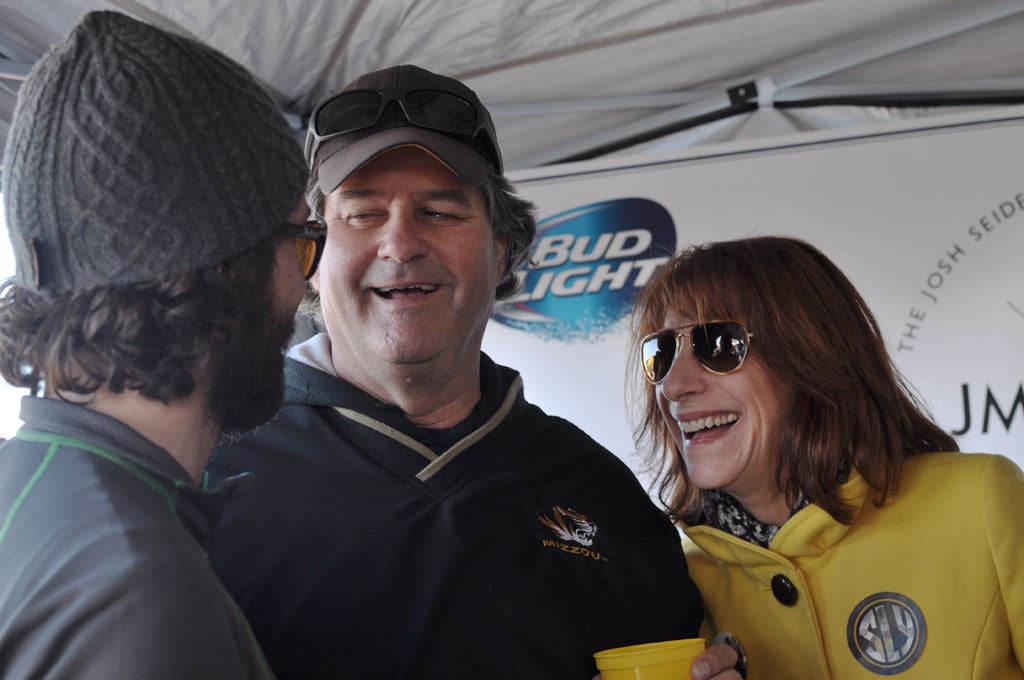 Mike and Terri Seidel laugh with a guest Saturday during the second annual Tailgate 4 Josh near Memorial Stadium. The tailgate raises money for the Josh Seidel Memorial Foundation, which offers scholarships to students studying engineering or other related fields. 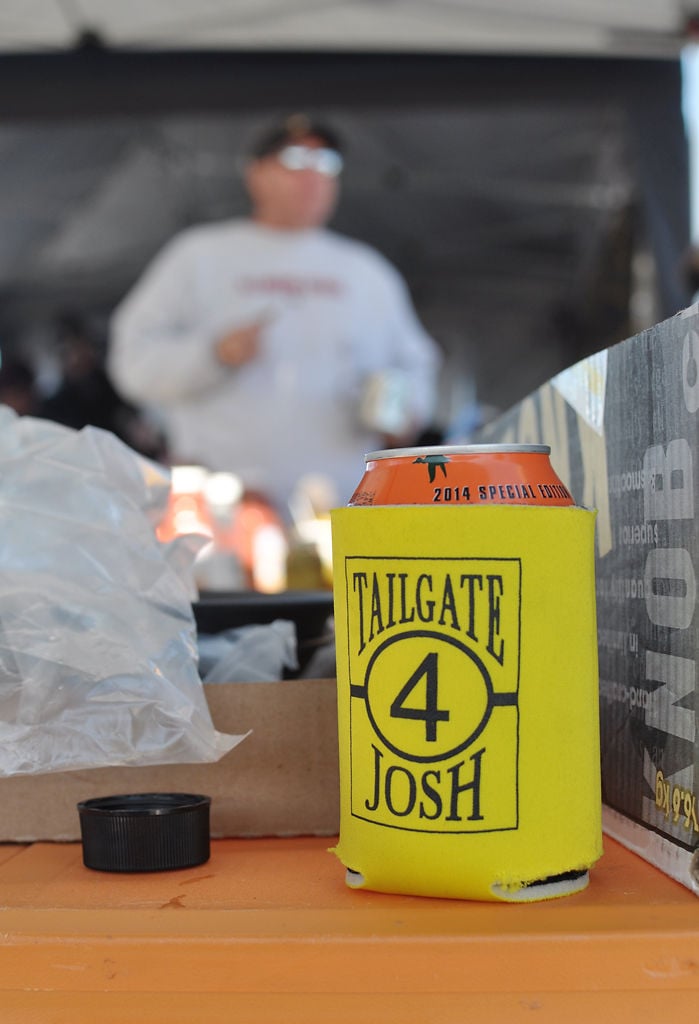 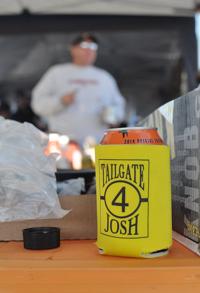 A koozied beer sits on the table Saturday at the Josh Seidel Memorial Foundation's Tailgate 4 Josh. In addition to the koozie, the foundation also had T-shirts, cups and pins for sale. 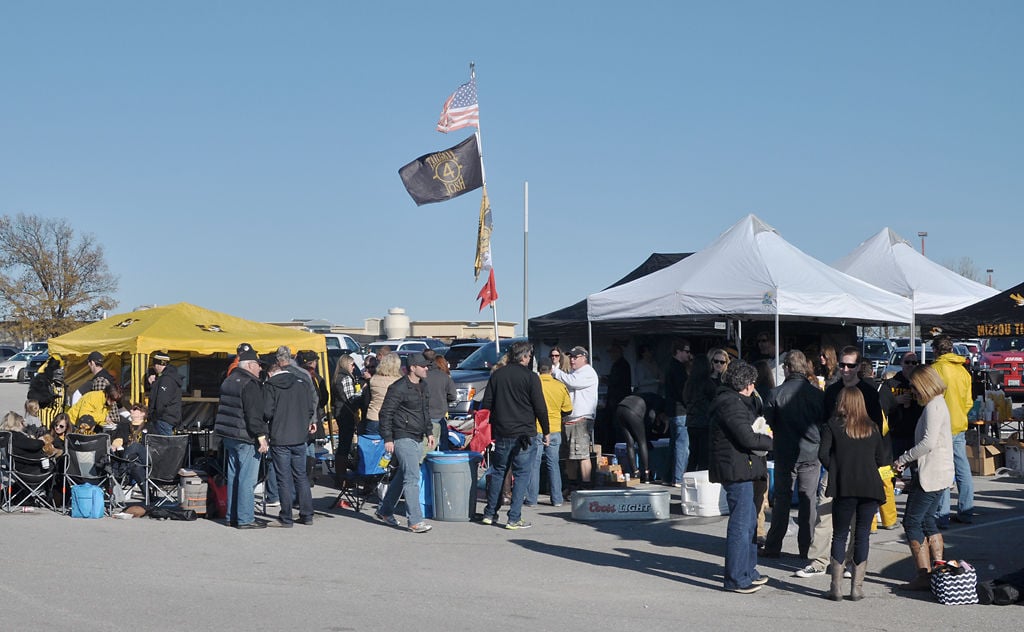 Mike and Terri Seidel laugh with a guest Saturday during the second annual Tailgate 4 Josh near Memorial Stadium. The tailgate raises money for the Josh Seidel Memorial Foundation, which offers scholarships to students studying engineering or other related fields.

A koozied beer sits on the table Saturday at the Josh Seidel Memorial Foundation's Tailgate 4 Josh. In addition to the koozie, the foundation also had T-shirts, cups and pins for sale.

Sure, it wasn't quite like the ones he used to throw at Lot J when he was an engineering undergrad at MU in the early 2000s. The black RV he bought and sold beer out of wasn't there, nor were the legions of female students who flocked to see his slicked-back, dirty blond hair (although some of those women, now in their 30s, can still picture him combing through it with his hands).

But boy, did it have the goods. There were 72 bottles of wine, 18 coolers filled with cold Busch, five tables full of food and more than 200 Tigers fans to enjoy it all.

Music from the 1980s blasted from portable speakers as friends of Seidel vividly remembered his mix tapes. Tailgaters drank from a ShotSki, which, by all indications, should not be used before actually skiing. A man in a gorilla costume roamed the parking lot. It seemed like the happiest place within 20 miles of Memorial Stadium.

And then there were the reminders that he wasn't there to partake in the festivities: beer koozies that said "Tailgate 4 Josh," boxes of T-shirts with his name on the front, a banner that read "The Josh Seidel Memorial Foundation."

In 2013, Seidel, then 32, had begun organizing a tailgate for Missouri's home game against Tennessee. He wanted to recreate his legendary tailgates for old classmates who were now dispersed across the Midwest.

"Josh was a guy who brought everyone together," said Mike Blake, a college friend of Seidel's who now lives near Kansas City.

Josh Seidel never got to attend that last tailgate, though. He died on Sept. 14, 2013, in an accident at his company's cast stone factory.

Blake, Seidel's parents, Mike and Terri Seidel, and other friends created the Josh Seidel Memorial Foundation shortly after the accident. Their first event was the Tennessee tailgate — Josh's tailgate — held seven weeks after his death.

"Everyone is still hurting," Terri Seidel said, "but this is a way to push away the grief."

He lived by a simple motto: work hard, play hard, help others.

His work ethic was never in question as a businessman. Seidel served as a project manager for a set of MU dormitories right out of college. Caliber Cast Stone, the company he co-owned, was extremely successful and was contracted to build parts of the new Busch Stadium and St. Louis' Ballpark Village.

The majority of those who attended his memorial service had stories about Seidel helping them fix something. He was fondly known as "The Fixer" for his craftsmanship.

"You got any problems, give it to me," he was known to say in the hallways of the Sigma Chi house.

Playing hard came easy to Josh Seidel. He enjoyed skiing, riding his motorcycle and attending sporting events — especially if there was a tailgate.

"He would have been in his element today," Terri Seidel said.

Despite the fresh nature of his untimely death, people were still having a good time.