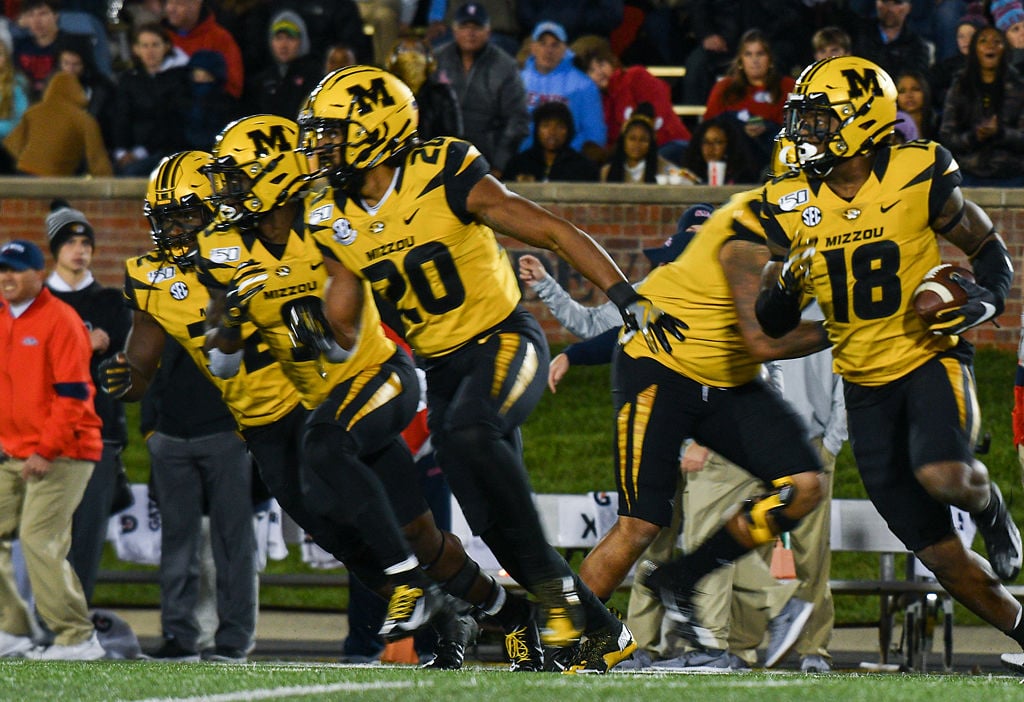 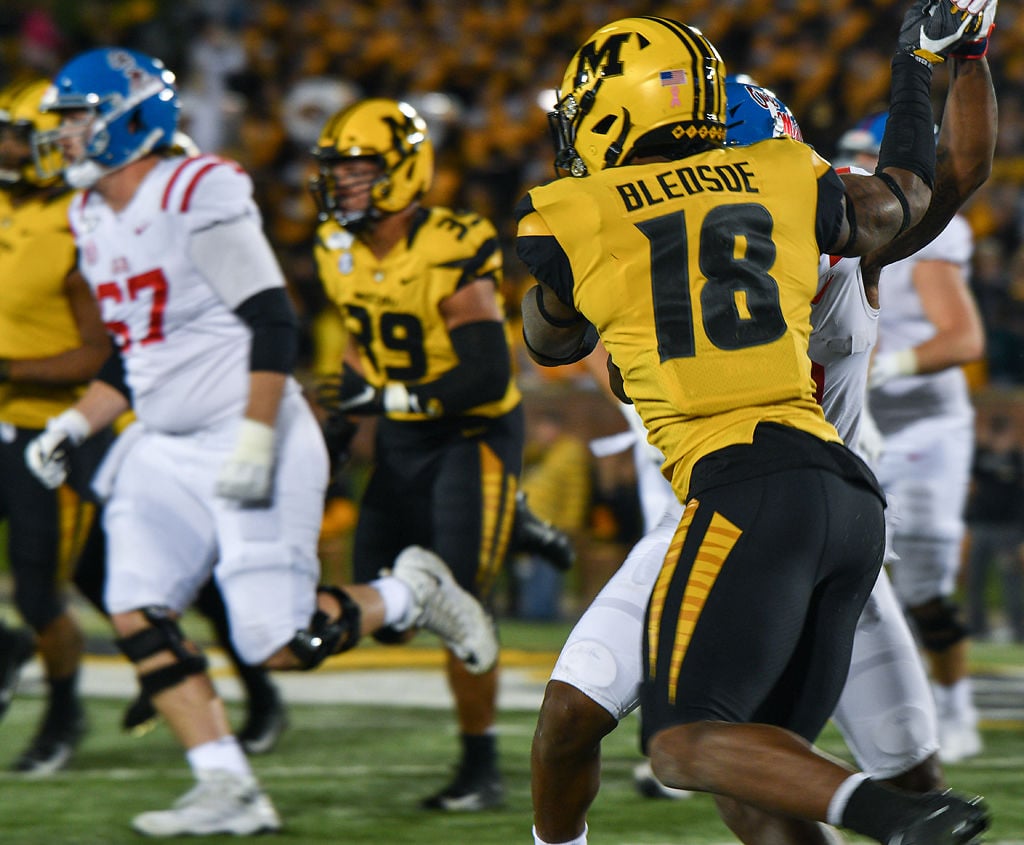 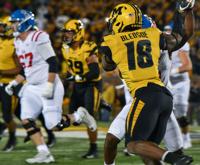 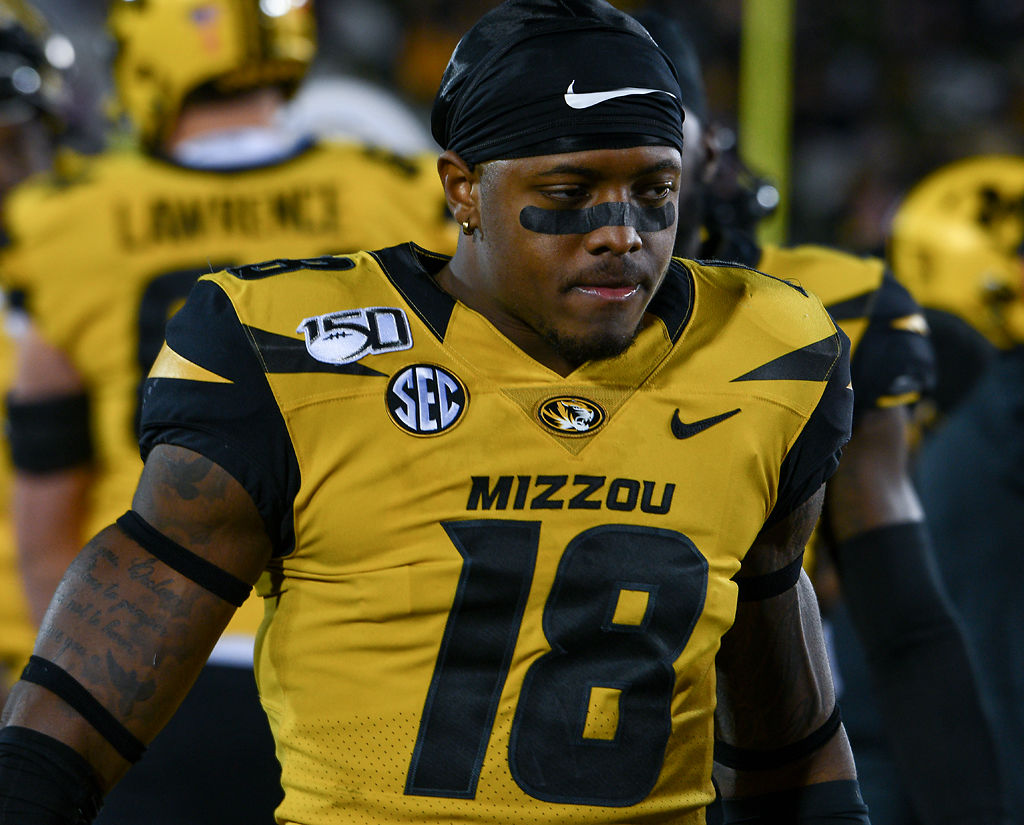 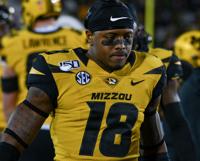 She said the names out loud with a sports broadcaster’s flare, the potential names for her soon-to-be-born son. Jamaile Bledsoe wanted to test them out. To pick the best name, she imagined how they would sound on TV if her second child became a star football player someday.

“‘Josh’ just sounds like the name of a really strong quarterback,” Jamaile said.

There was only one problem with ‘Joshua’: Everyone in the Bledsoe family had seven letters in their first names, five in their middle and seven in their last, like an inverted haiku. It was a happy coincidence, but Jamaile didn’t want to break it — so she stuck an ‘H’ on the end.

When he was in middle school, Joshuah Bledsoe would only half jokingly thank his mom for “including me in the family.”

From the beginning, the assembly of his very name took on two meanings: football and family.

“I don’t have to say it anymore,” Jamaile said, “because now I can hear the guys on ESPN say it for me.”

Bledsoe has earned some of that name recognition as a junior at Missouri, where he has become a guiding force on one of the most dynamic pass defenses in the country. The free safety ranks second in the SEC with seven pass breakups through six games and has played a hand in fueling a Tigers’ secondary that has locked down opposing quarterbacks, allowing the fourth-fewest pass yards per game in the country (154.7) and the fourth-fewest yards per passing attempt (5.04).

“He (Bledsoe) keeps his head down,” fellow safety Tyree Gillespie said. “He’s working himself into being a leader.”

Before the season, Gillespie and other teammates said Bledsoe was the best in the position group at coverage, which made him a good fit for free safety.

It’s also fitting that he would be able to read quarterbacks’ minds so well because Bledsoe grew up playing the position, starting when he was 5 years old.

Quarterback was all he knew entering high school. The future defensive back from Houston dreamed of scoring touchdowns as the star of an offense someday. But Dekaney High School coach Anthony Williams saw more than a quarterback in Bledsoe; he saw an athlete who was more likely to be recruited by colleges for other positions. Williams told the freshman team coach to move Bledsoe to defensive back.

“I was mad,” Bledsoe said. “I’d been playing quarterback all my life.”

But he embraced the new role and made Dekaney’s varsity team as a sophomore, playing at the highest level of high school football in Texas. In one of his first-ever starts that season, Williams saw the turning point in Bledsoe’s career.

It was a freak day for weather, with Wizard-of-Oz winds. Because teams switch directions every quarter, each offense would have the wind on its side two quarters and against it the other two.

Williams knew Dekaney’s opponent, The Woodlands, had to be thinking the same thing with the ball and 10 seconds left in the first quarter — the last 10 seconds with the wind on its side.

When The Woodlands called timeout, Williams told his defensive backs to prepare for a deep pass. Bledsoe was assigned over-the-top coverage.

“They’re going to take a shot,” Williams told him.

Sure enough, the next play was a deep pass, and Bledsoe got beat for a long touchdown to end the quarter. He lay on the ground for several minutes, upset with himself for the mistake, then trudged to the sideline. Williams told him not to wallow in self-pity. Just turn the page.

“And he never got beat deep again,” the coach said.

As Bledsoe progressed through his high school career, he developed into a talented safety with a knack for reading plays — perhaps because he still took some snaps at quarterback, too. He was a 3.5 GPA student, foreshadowing his place on the SEC Academic Honor Roll in fall 2018. He had a clever sense of humor, too; his mom still teases him over a text exchange in middle school, when Bledsoe was asking her for money while she was at work.

“He said, ‘Just fax a check to the school,’” Jamaile Bledsoe laughed.

Despite dreaded middle-child stereotypes — Bledsoe had an older brother and younger sister — his parents found him to be an easy kid to raise. The adults in his life echoed the phrase “perfect child.”

But as Bledsoe excelled in high school, his dream of playing high-level college football seemed out of reach. His first scholarship offer was from Rice, but as he waited and hoped for one of the big Texas schools to come calling, none did — no UT, no Texas A&M, no Baylor, TCU.

Then DeMontie Cross showed up. Missouri’s former defensive coordinator, who eventually lost his job halfway through Bledsoe’s freshman season at MU, was eager to take a chance on the safety when no other Power 5 school would. When they met in the Dekaney front office, Cross told Bledsoe he saw a “glow” in him, that Cross knew he wanted to offer a scholarship from the moment he saw Bledsoe.

“What’s a ‘Mizzou?’” she responded. She had never heard of MU or where it was.

Bledsoe was ready to commit right away. Mom advised him to wait and see if more offers came. Not long after, she was on the phone with Cross, who told her “Congratulations” multiple times. That was weird, she thought.

“So after the phone call, I told Josh, ‘Why was Coach Cross telling me congratulations?’”

“Oh, because I committed,” her son said.

“Oh you did now, did you?” she said sarcastically. “Well, thanks for telling me!”

Texas Tech and Baylor both made last-second offers trying to get Bledsoe to flip his commitment, but he told them they were too late. His mom was going to learn what a Mizzou was.

Bledsoe has worked his way up the ranks since arriving at MU, always getting playing time. But he was part of a defense that gave up 28.7 points per game over his first two seasons. In 2018, he was in a nickel back situation, just the extra guy. Now, Bledsoe is a veteran in an elite secondary that has helped the Tigers climb to the top of the SEC East standings.

In July, before fall camp began, Bledsoe went out to dinner in Houston with Williams. The Dekaney coach asked Bledsoe where he thought he would be on the depth chart this season. Bledsoe stopped eating for a second.

Bledsoe is starting, sure as that deep pass was coming his way on that windy night back in high school, and his mom still gets to hear his name on TV every Saturday.