You are the owner of this article.
Edit Article Add New Article
You have permission to edit this article.
Edit
Home
COVID-19
News
Sports
Opinion
Obituaries
Vox
Visuals
Special Sections
Classifieds
Subscribe
1 of 12 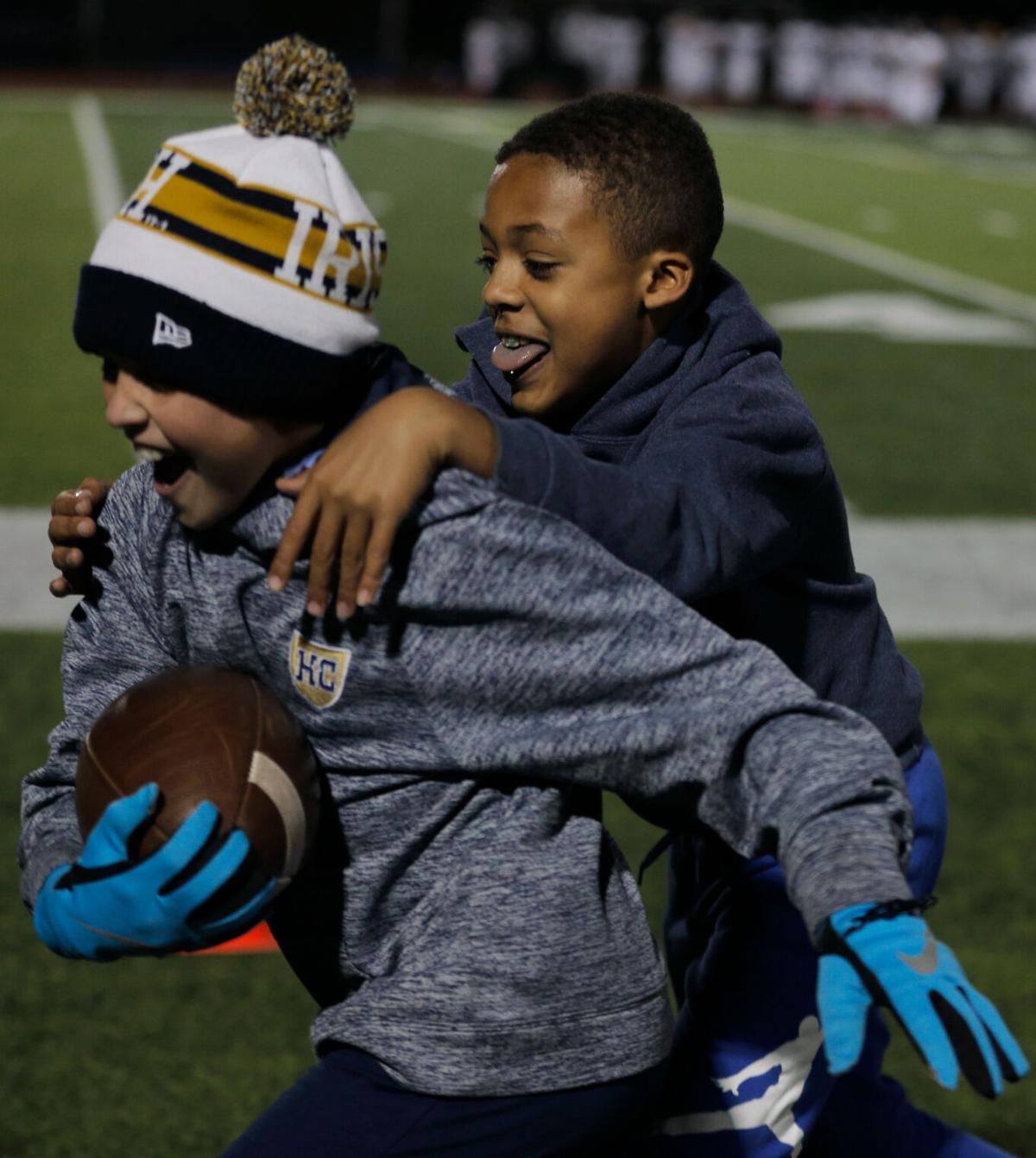 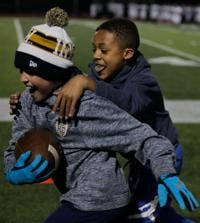 Brenden Ralston, 9, left, and Keegan Bell, 10, get their Friday night football spirits going as Helias takes on Smith-Cotton on Friday in Jefferson City. The two played their own one-on-one game on the sidelines. 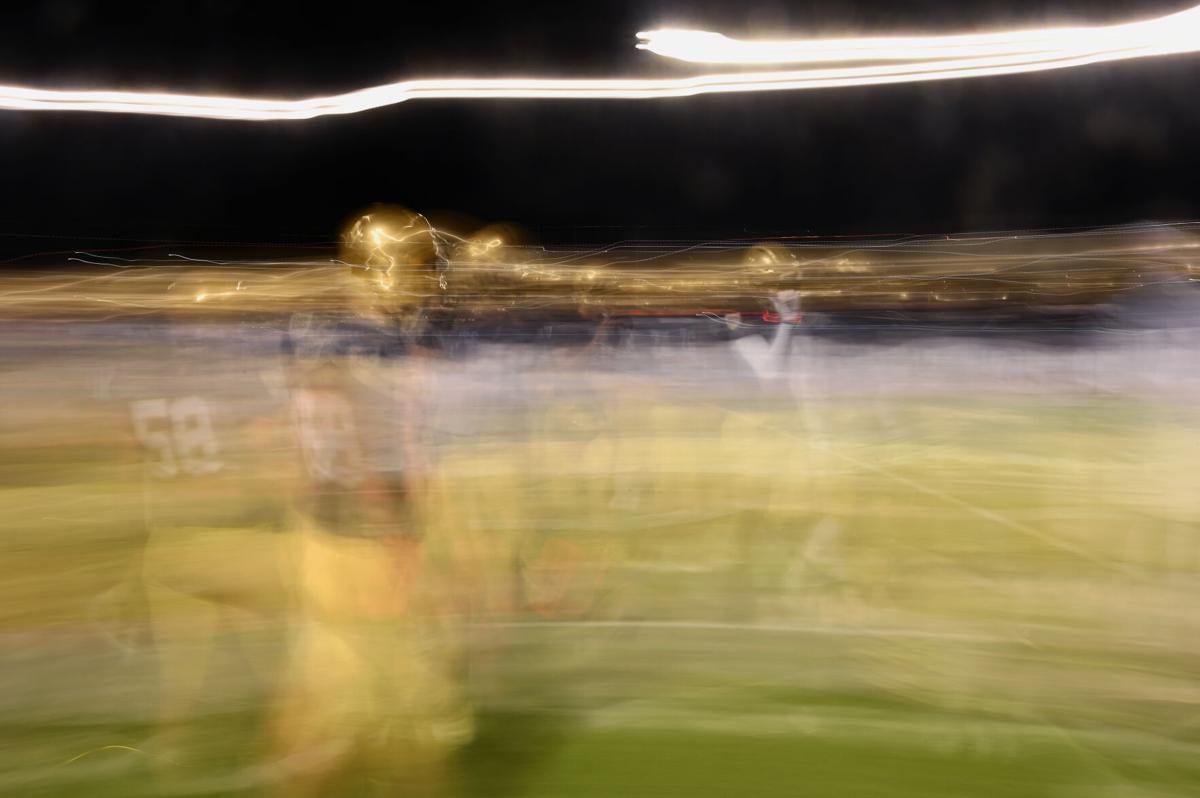 The Helias football team moves down the field in this long exposure photograph on Friday in Jefferson City. The game moved the Crusaders to 8-0 overall. 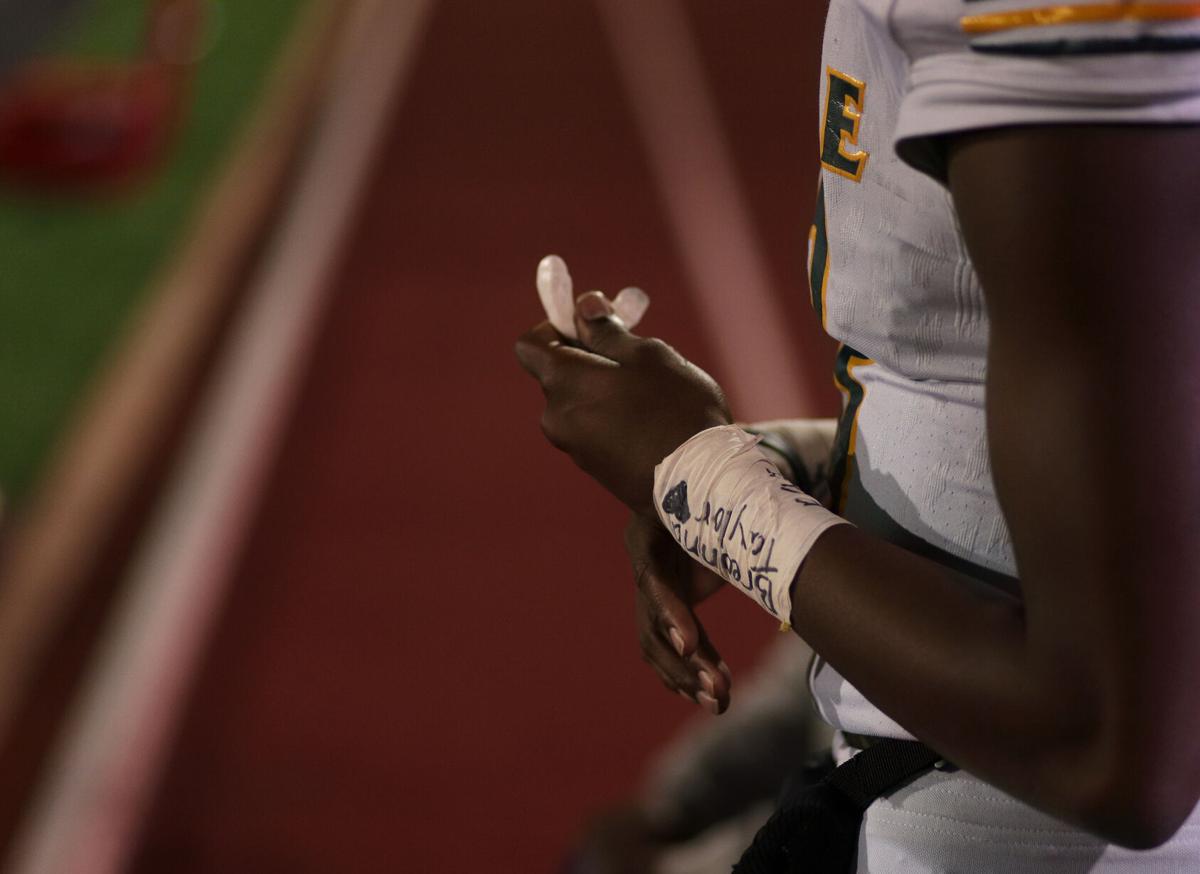 Battle senior Khaleel Dampier fiddles with his mouthpiece as he waits on the sideline on Friday at Adkins Stadium. Dampier wore a wristband in memorial of Breonna Taylor. Taylor, a young Black women in Louisville, Ky., was shot and killed by police in her home during a no-knock raid on March 13. 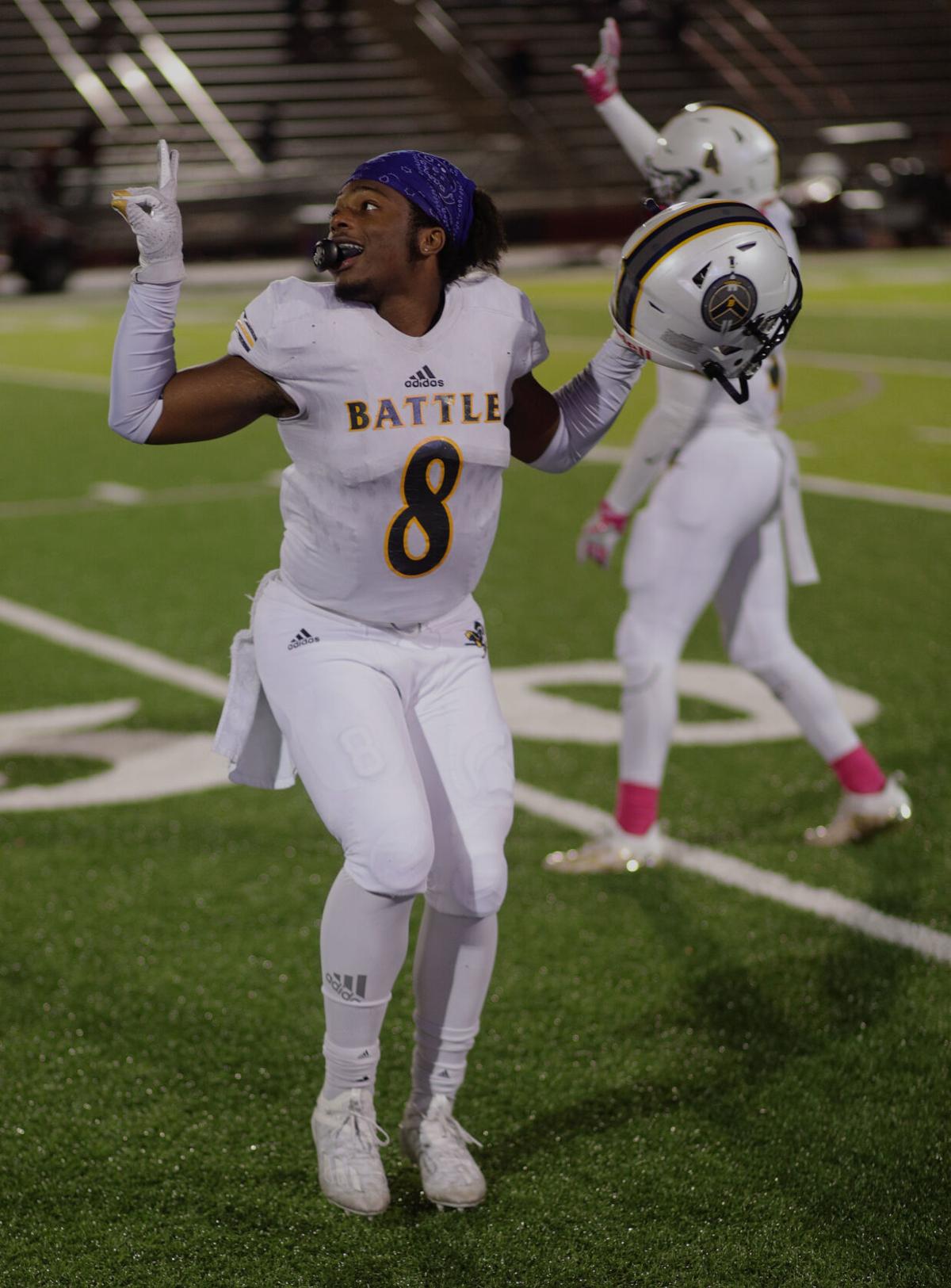 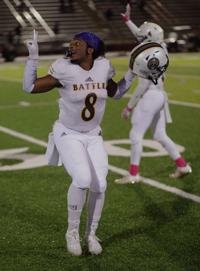 Battle senior Kendrick Harris celebrates his team’s victory against Jefferson City on Friday at Adkins Stadium. The Spartans won 39-21 to take their season record to 5-1. 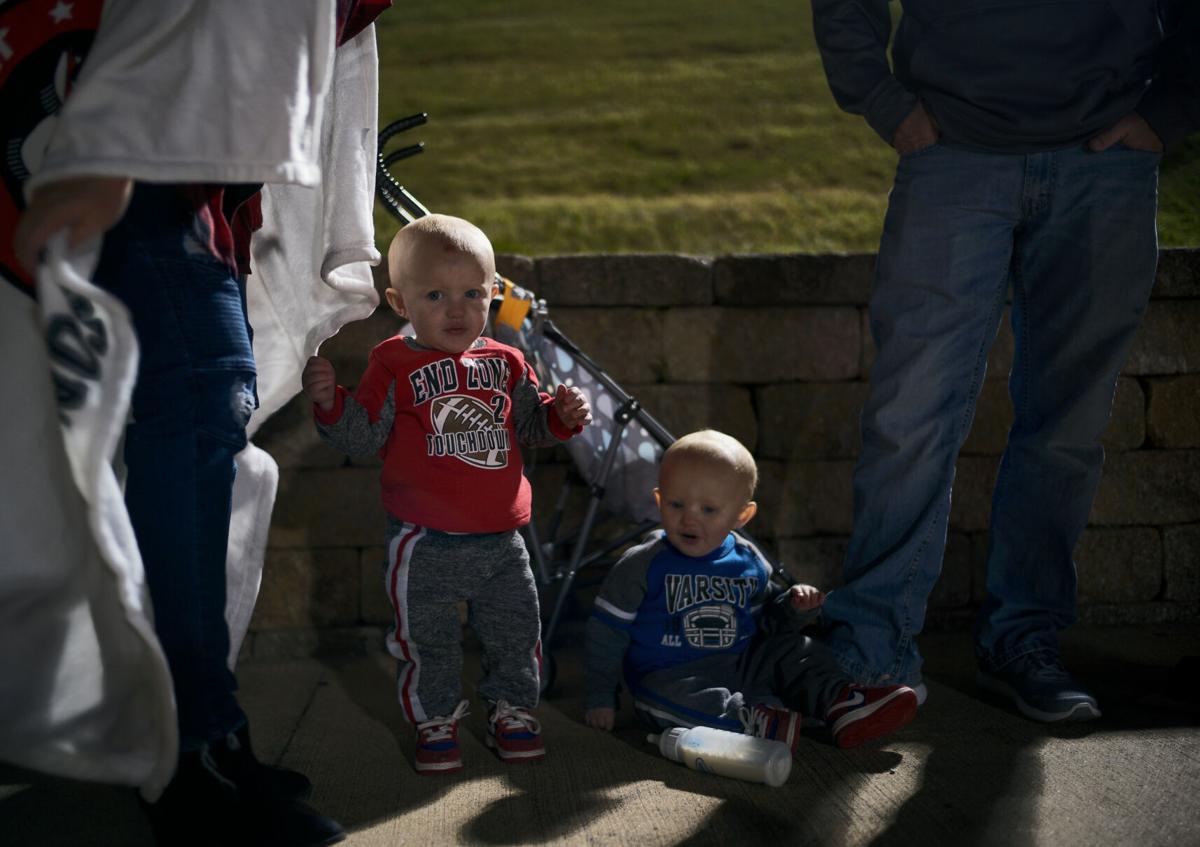 Kolton Drone, 1, and his twin Klayton Drone watch their big sister cheer for Jefferson City on Friday at Adkins Stadium. “She’s the little blonde in the front,” their mom Krystal Drone said. 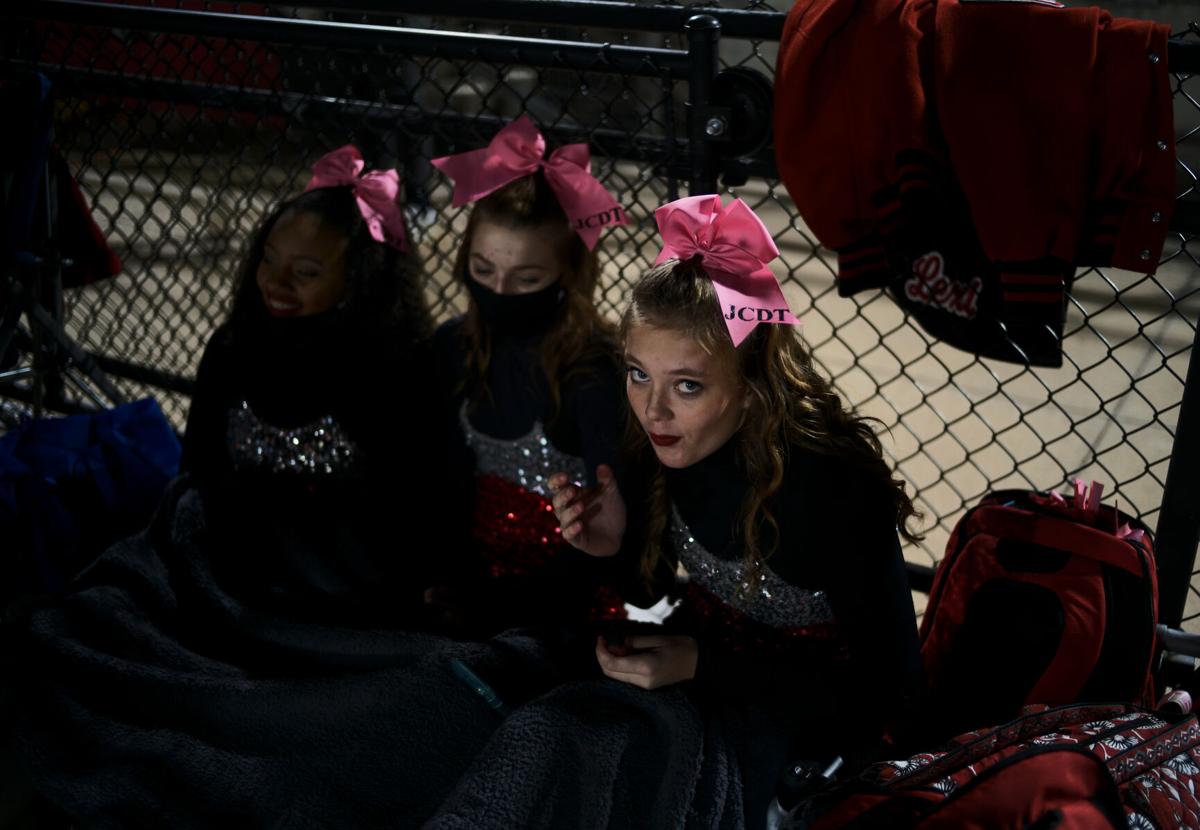 Jefferson City senior Kaelyn Halcomb touches up her lip gloss before performing for the dance team during halftime on Friday at Adkins Stadium. 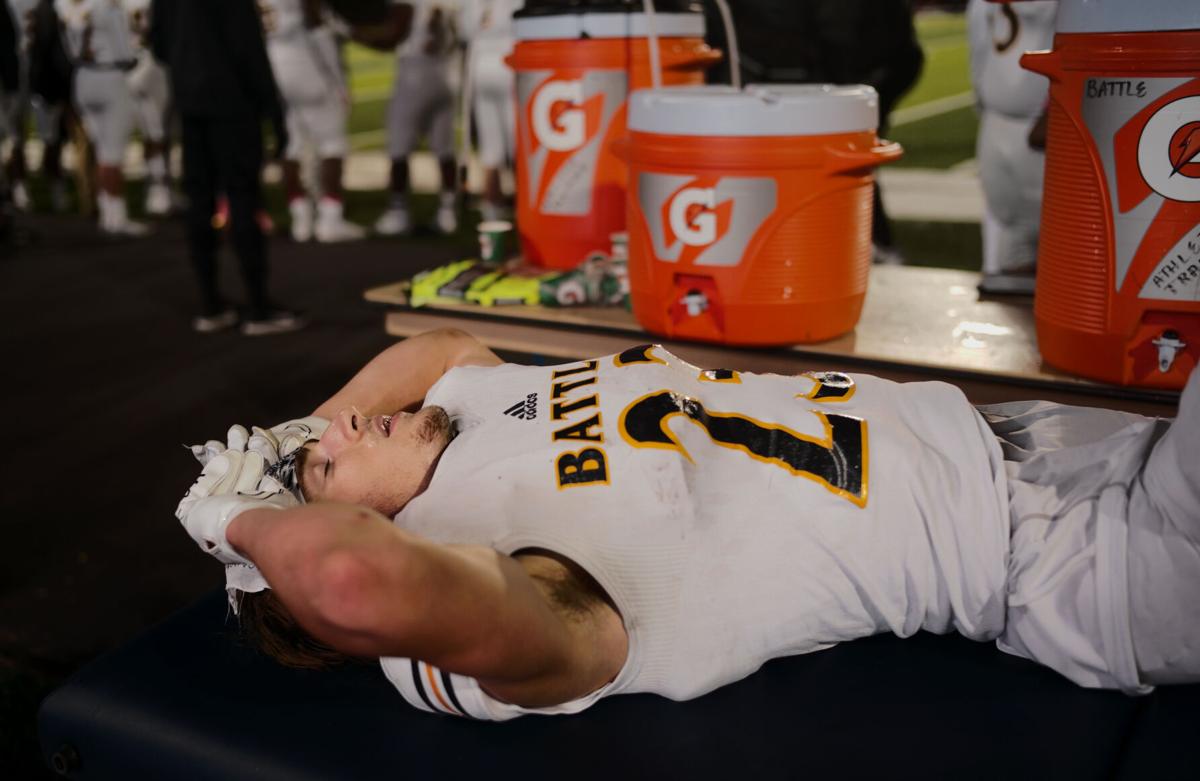 Battle senior Tommy Atherton rests after getting the wind knocked out of him on Friday at Adkins Stadium. “I thought my ribs were broken,” Atherton said. 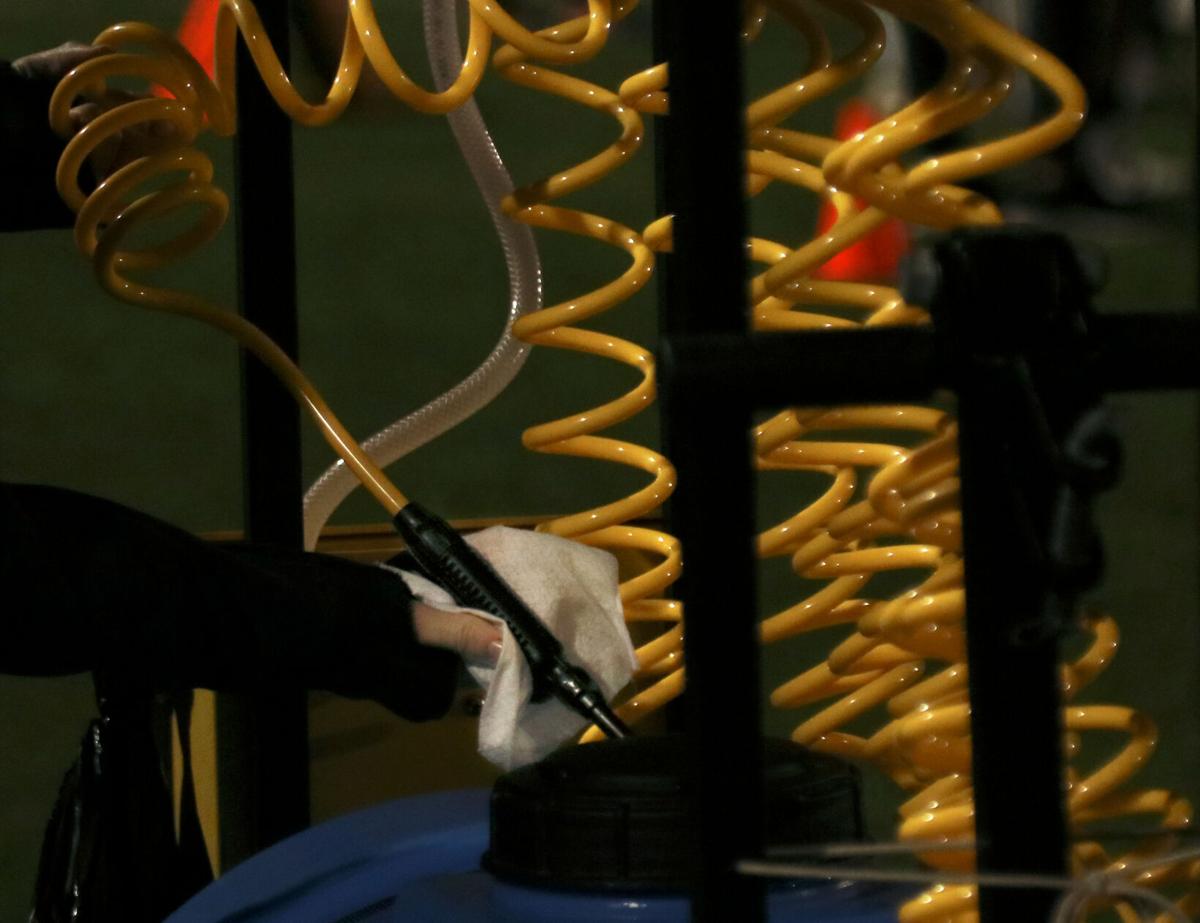 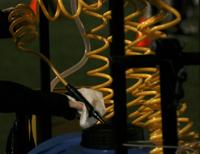 Helias freshman Hayley Lale cleans a water spigot with a Clorox wipe during a game between Helias and Smith-Cotton on Friday at Helias. The water spigots replaced water bottles this year at many area schools in an effort to protect team members from COVID-19. 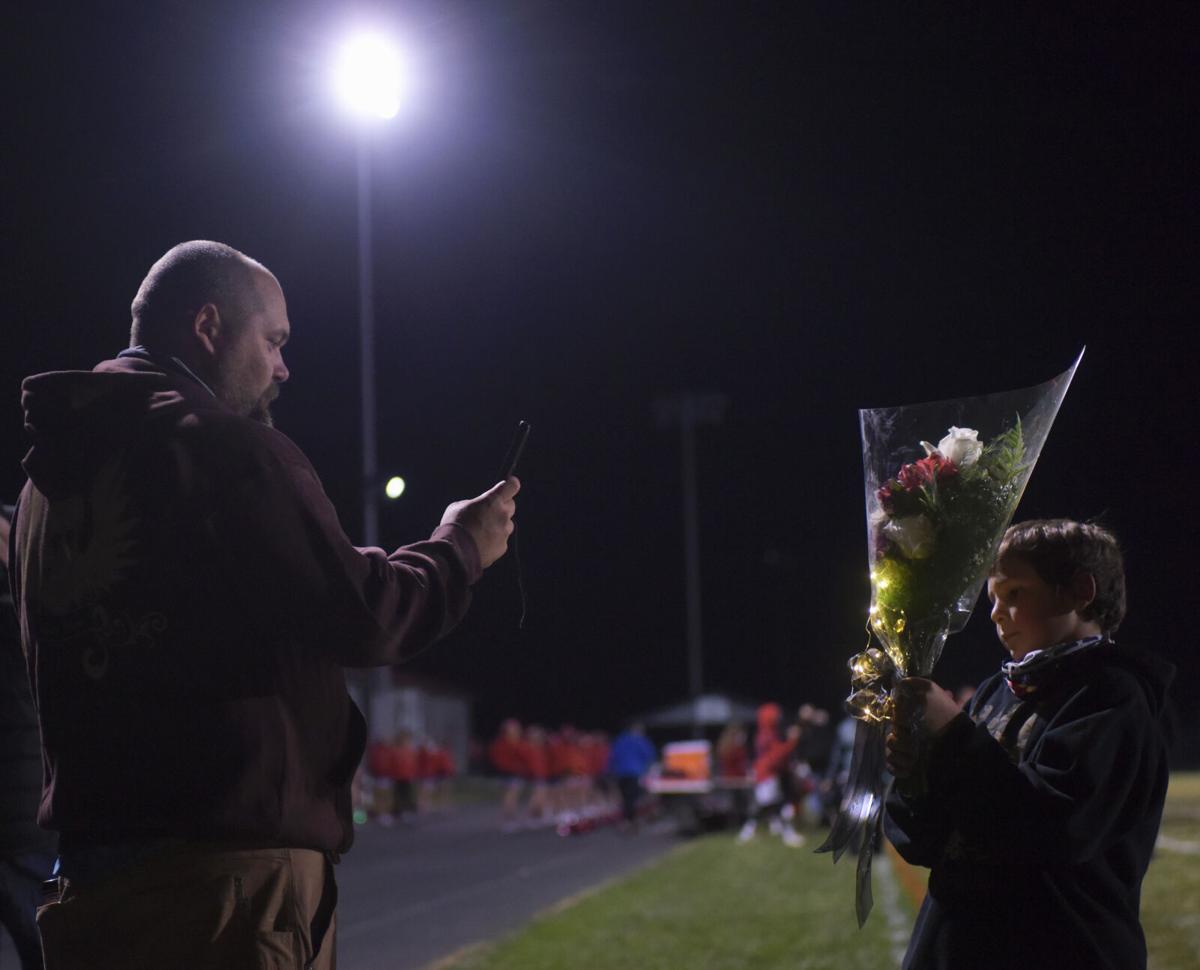 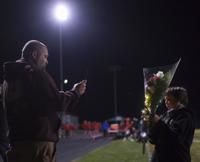 Michael Weisner, 10, poses for a photograph for his father on Friday at Southern Boone. He was preparing to present his sister Katherine with flowers in honor of her homecoming court nomination. 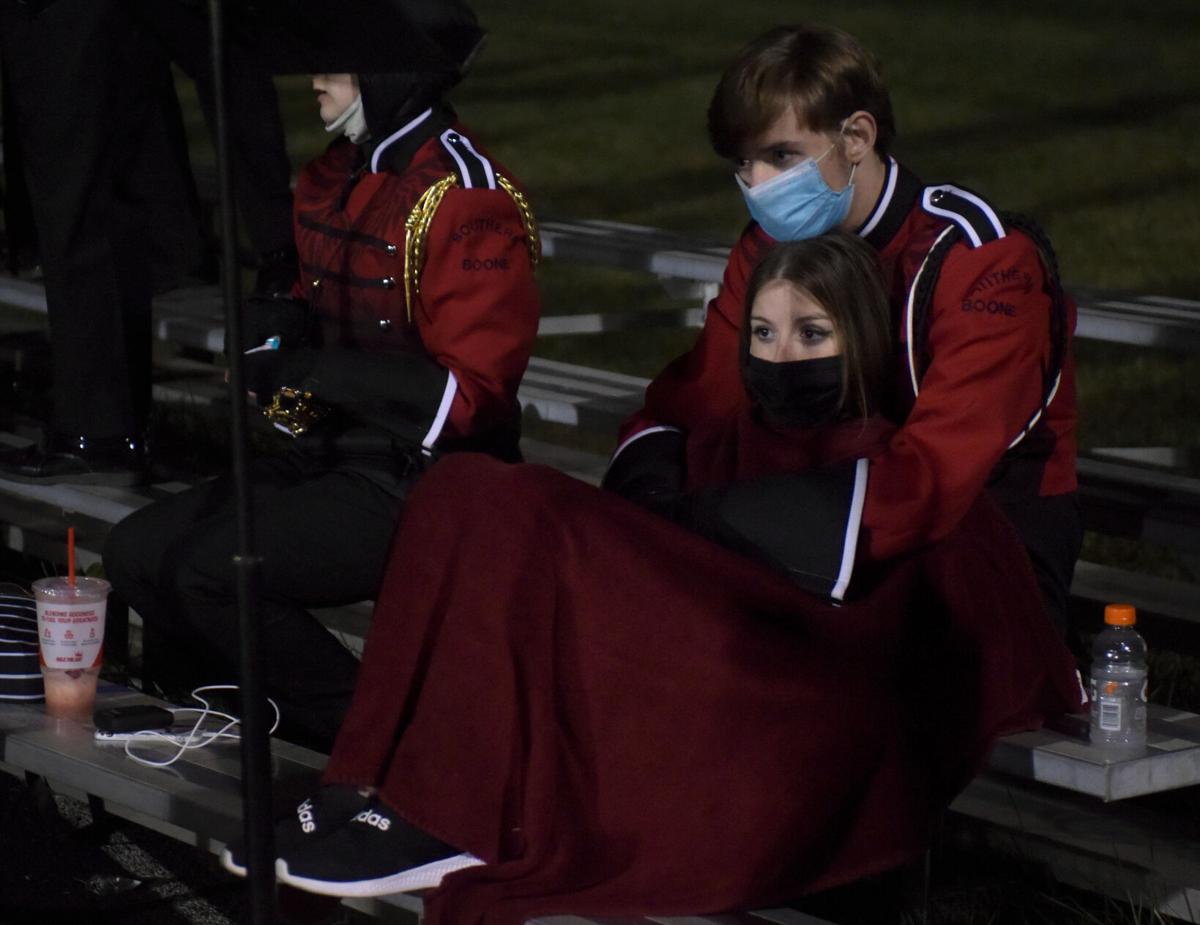 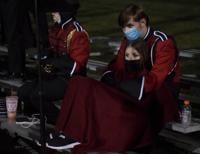 Southern Boone juniors Amanda Felmlee and Thomas Samuels rest in the bleachers Friday at Southern Boone. Felmlee performs with the color guard, while Samuels play with the band. 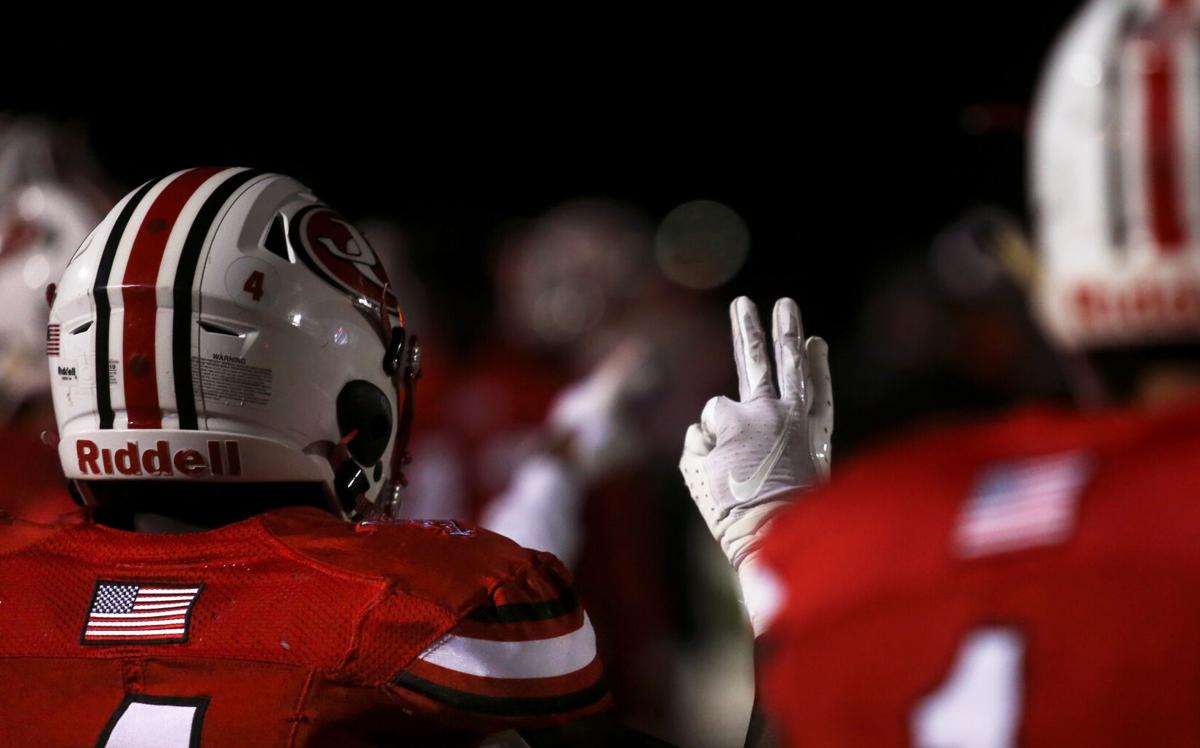 Jefferson City senior David Bethune signals for a third down from the sideline of Adkins Stadium on Friday during a game against Battle. The Spartans led the Jays 14-7 at the end of the first quarter. 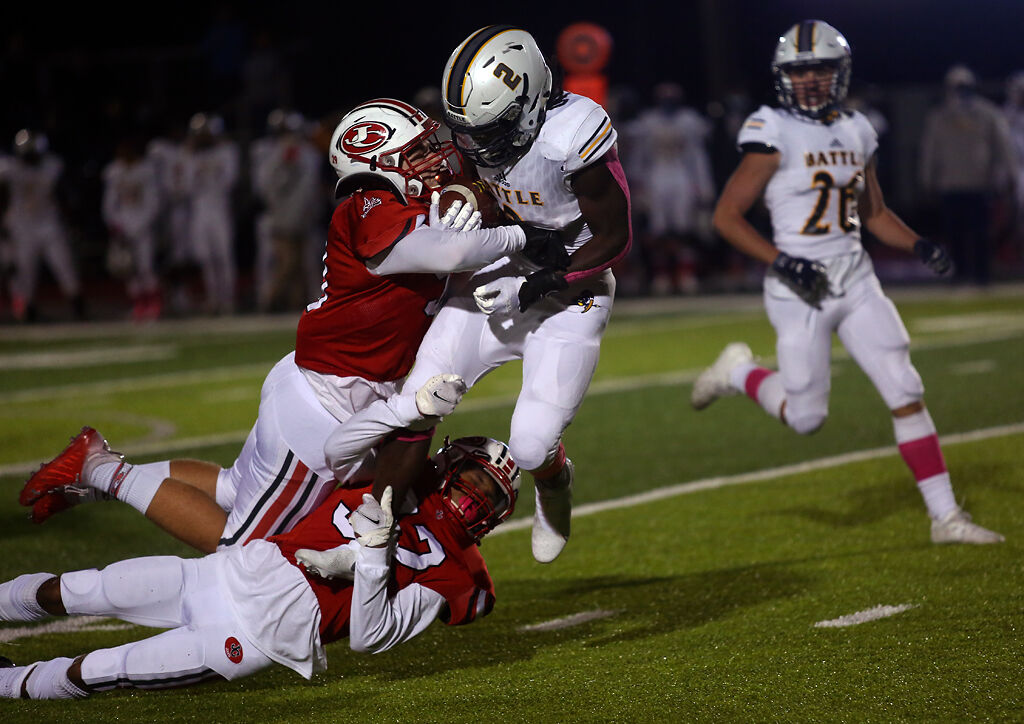 Battle junior Gerry Marteen is tackled by Jefferson City senior Josh Copeland while jumping over Jefferson City junior Ian Jones on Friday at Adkins Stadium. The Spartans topped the Jays 39-21 to improve to 5-1 overall and 3-1 in the Central Missouri Activities Conference. 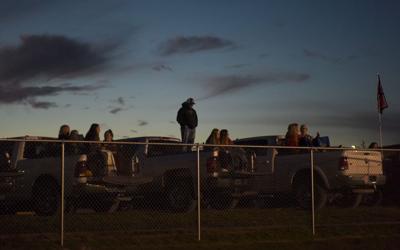 As mid-Missouri high school football approaches the end of regular season, it’s a scramble to finish second behind Helias’ 8-0 record on the top. COVID-19-related closures and schedule changes have kept most central Missouri teams from playing everyone in their conference — and it has also kept many fans away from the stadiums. The few who brave these elements hope to witness a win for their school. But, as more and more teams widen their records for better or worse, such wins may get fewer and further between.

With victories from the Helias Crusaders and Battle Spartans, and losses from the Jefferson City Jays, Smith-Cotton Tigers and Southern Boone Eagles, our visual journalists present ‘Friday Night Sights’ — the magic and wonder of Friday night football.

Football is more than simply the action on the field. While everyone else stares at the big green box, eyes fixed under bright lights, we look the other way: at the relationships, reactions, moments and memories unfolding in the sidelines. Follow along each week as our visual journalists present ‘Friday Night Sights.’