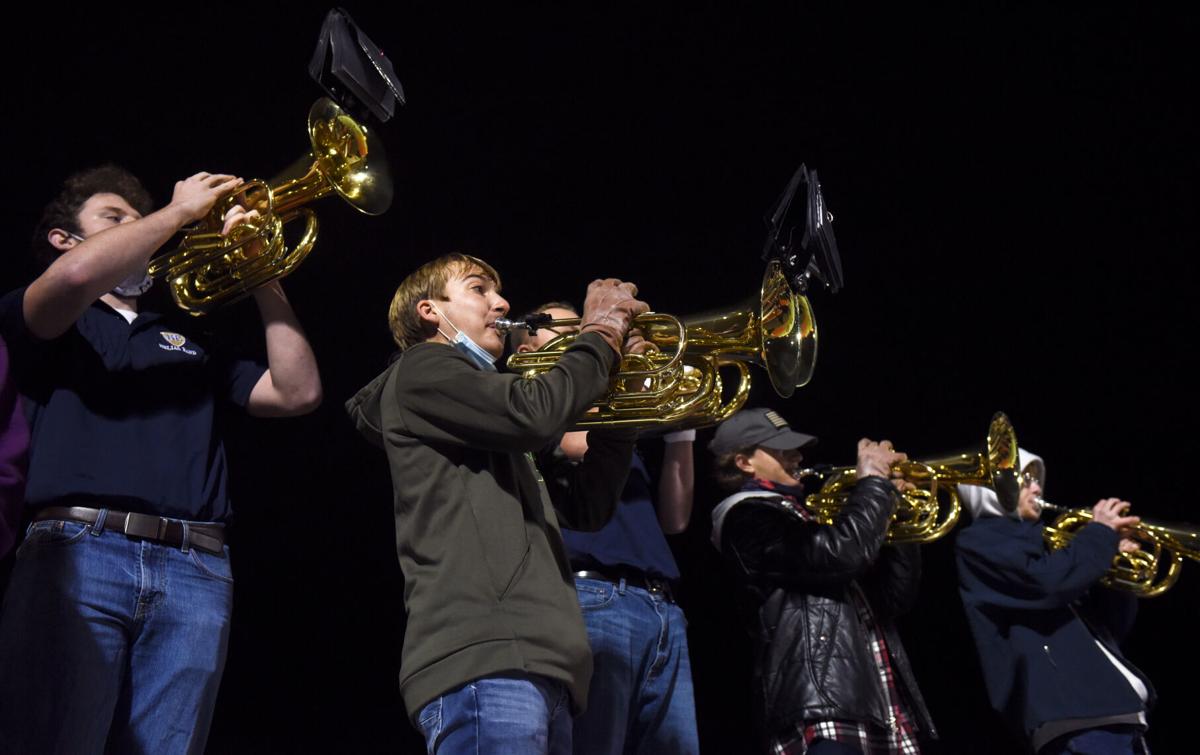 The Helias band plays an interlude between plays on Friday at Helias High School in Jefferson City. The band had to pack up once the rain started after the first quarter. 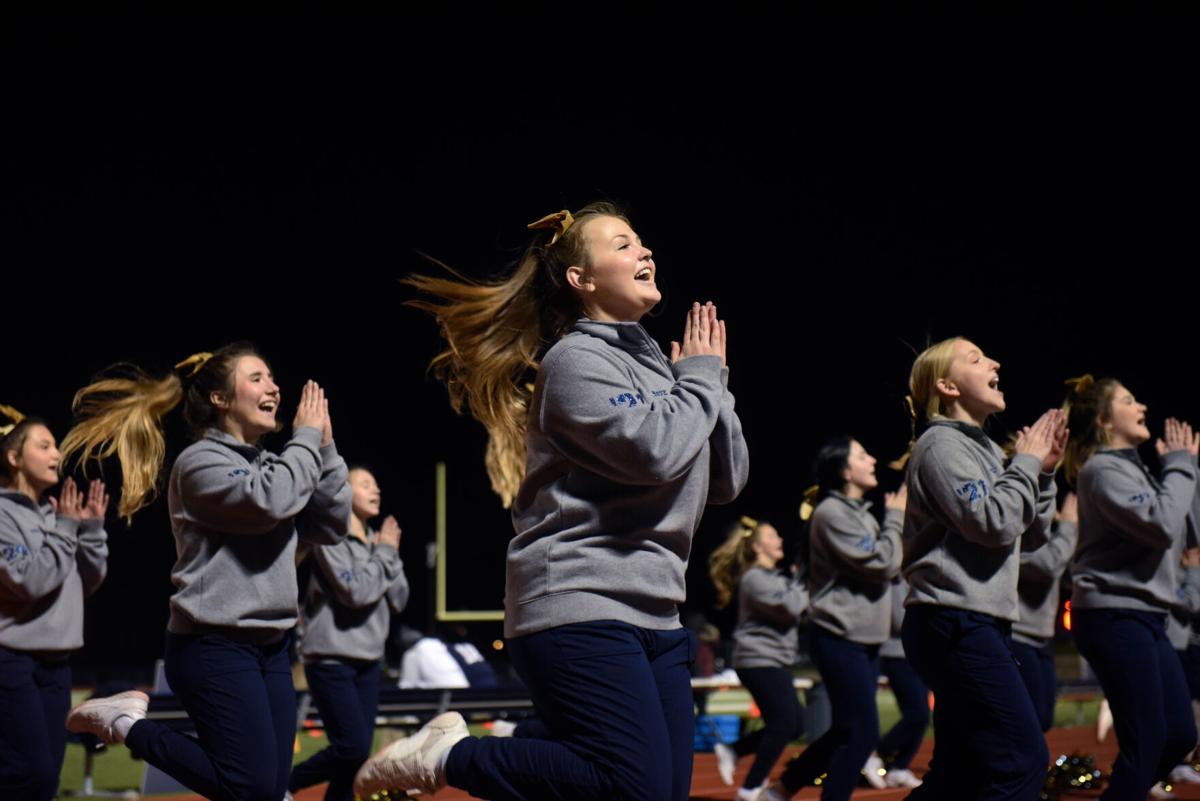 The Helias cheer team performs their fight song during halftime on Friday at Helias High School in Jefferson City. After big plays in the football game, the cheer team celebrated by getting into formations. 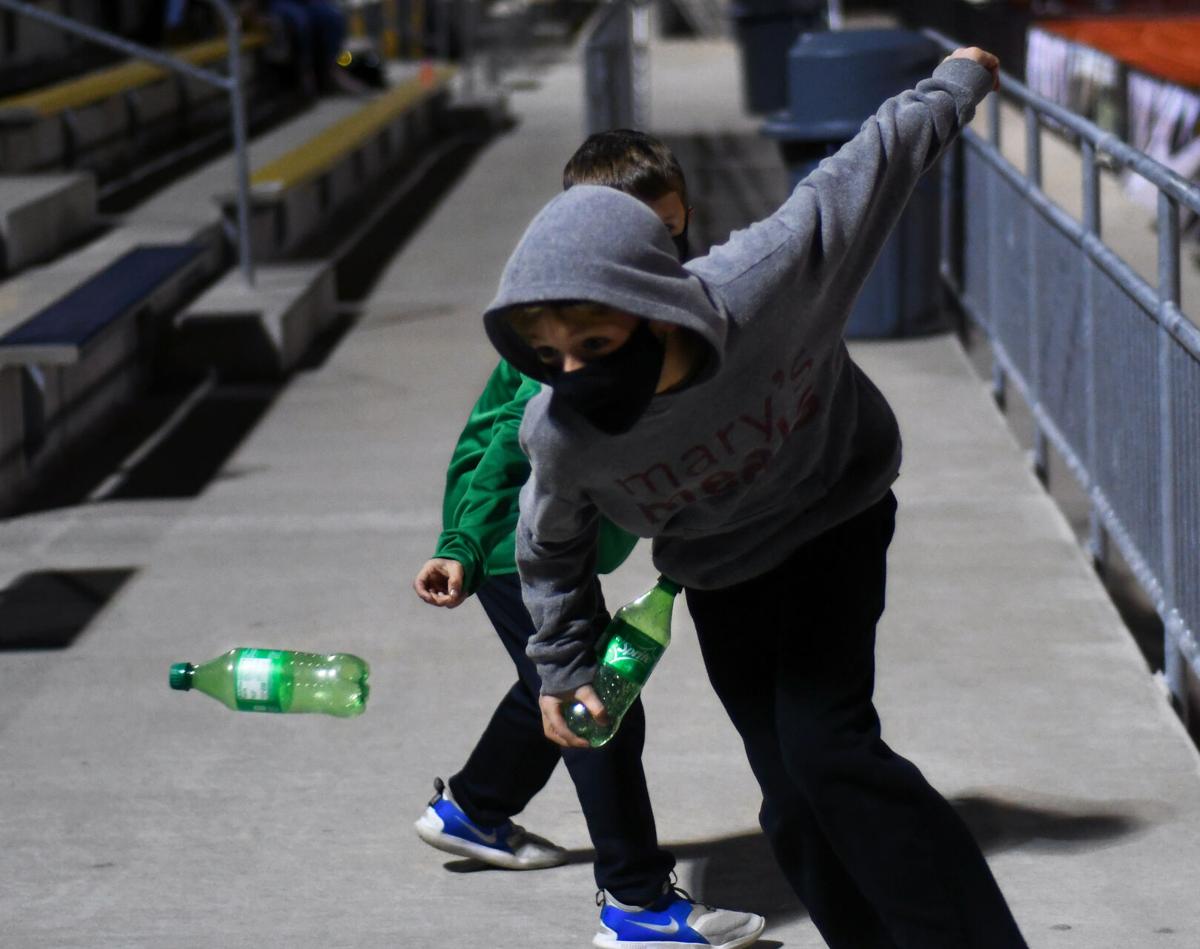 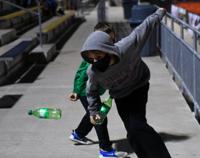 Jack Shimmens, 7, front, and Brock Ralston, 7, scrimmage with bottles of soda as a football at the Helias game on Friday in Jefferson City. Shimmens’ mask broke after this play, and his father had to bring him a replacement. 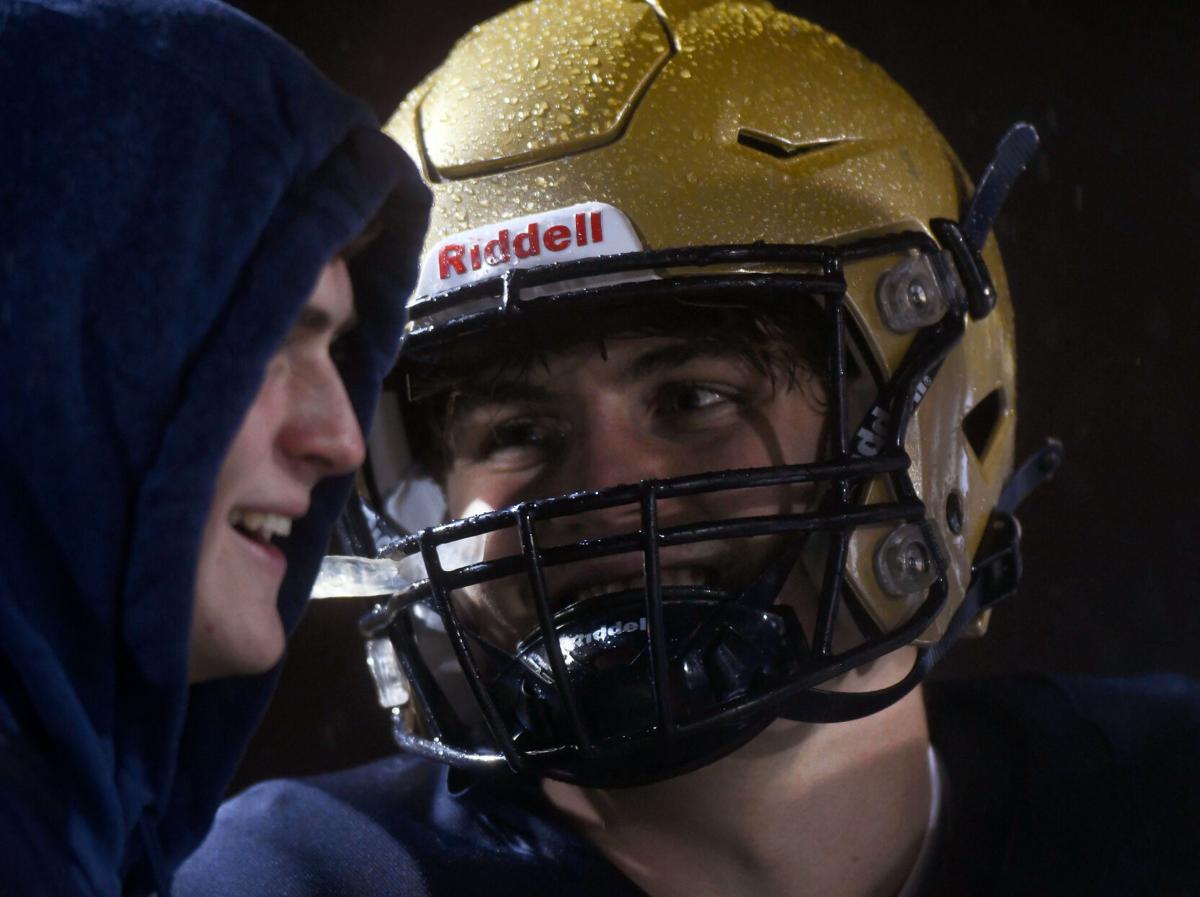 Helias players Lucas Bloomer and Harrison Miller talk on the sidelines of the game on Friday in Jefferson City. The Crusaders last won a state championship in 1998. 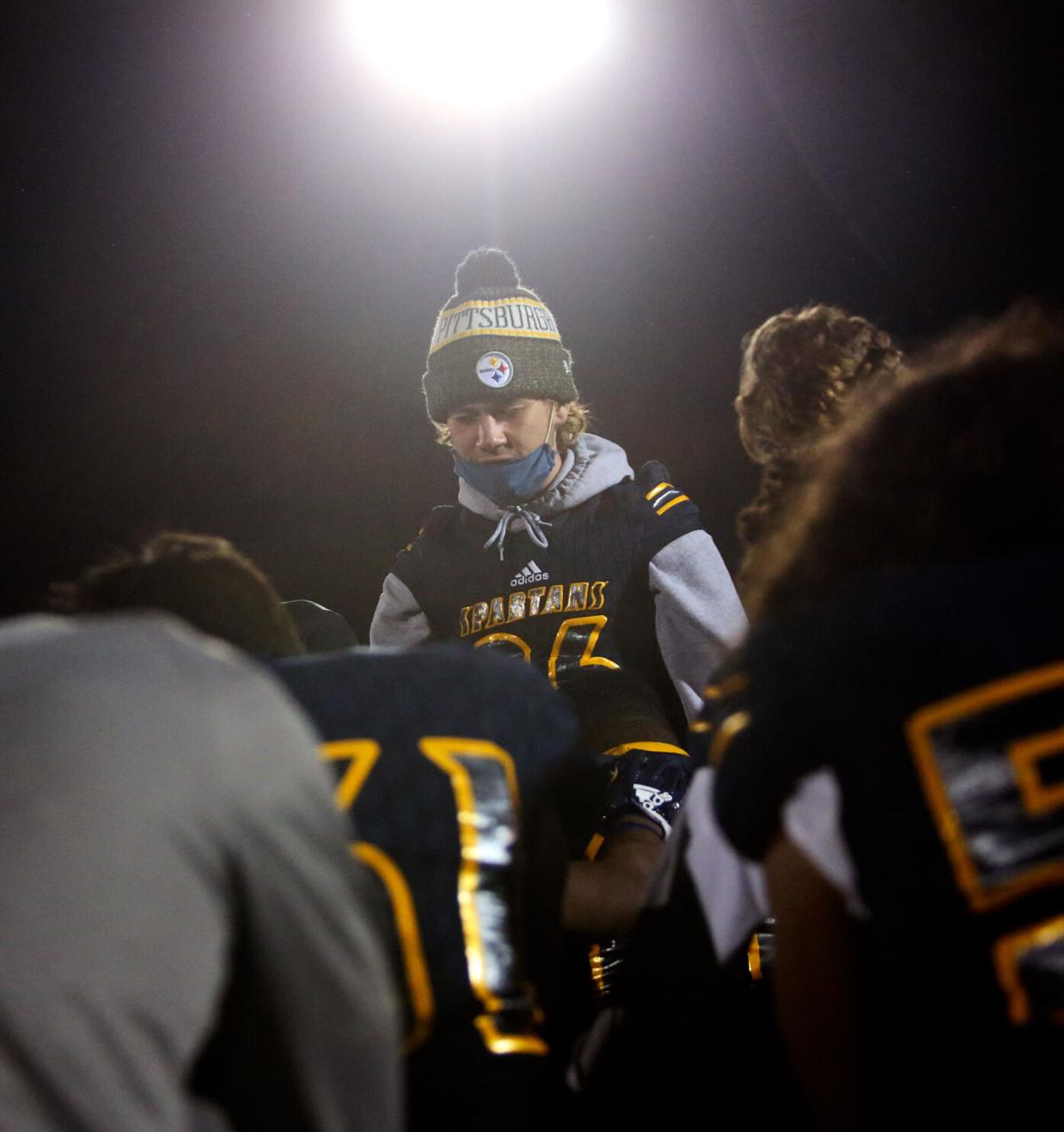 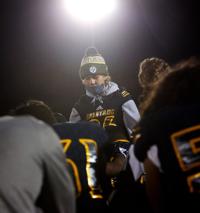 Battle senior Braden Ambra leads the Spartans in a prayer before their game against Fort Zumwalt North on Friday at Battle High School in Columbia. Battle’s season ends with a record of 8-2. 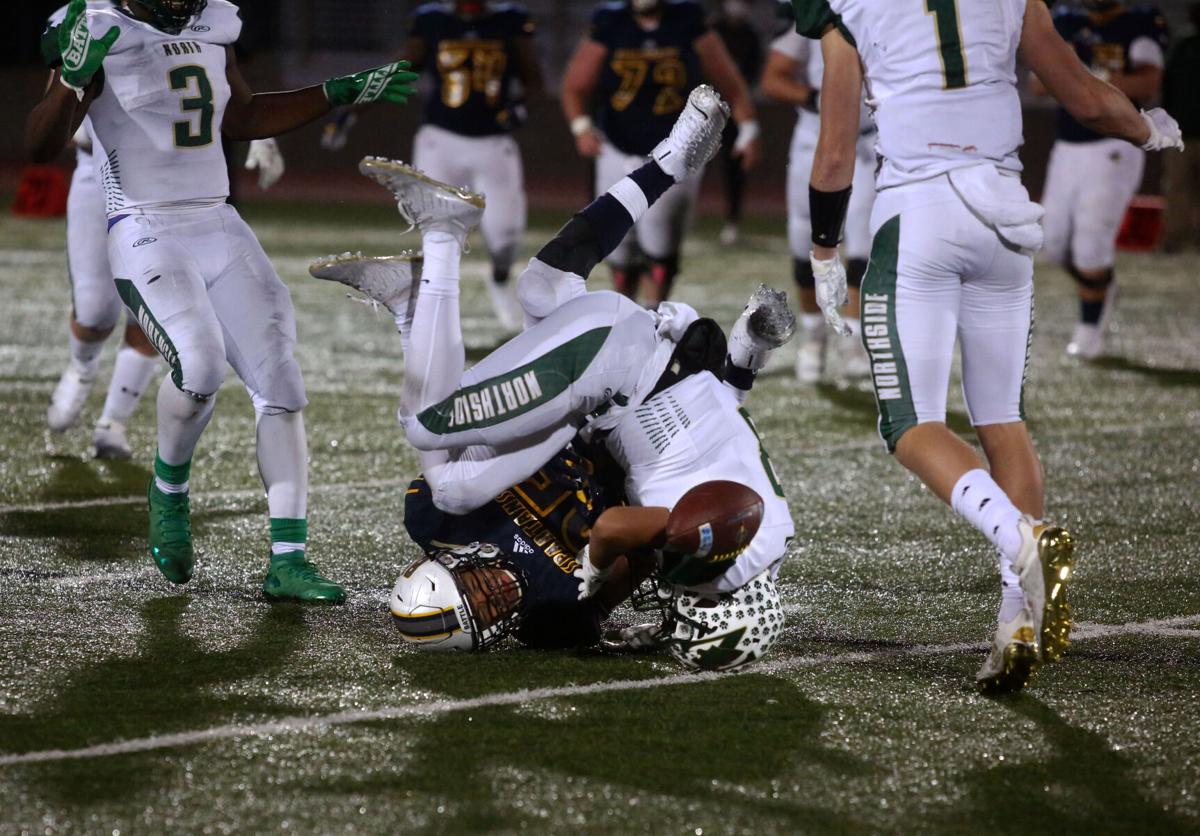 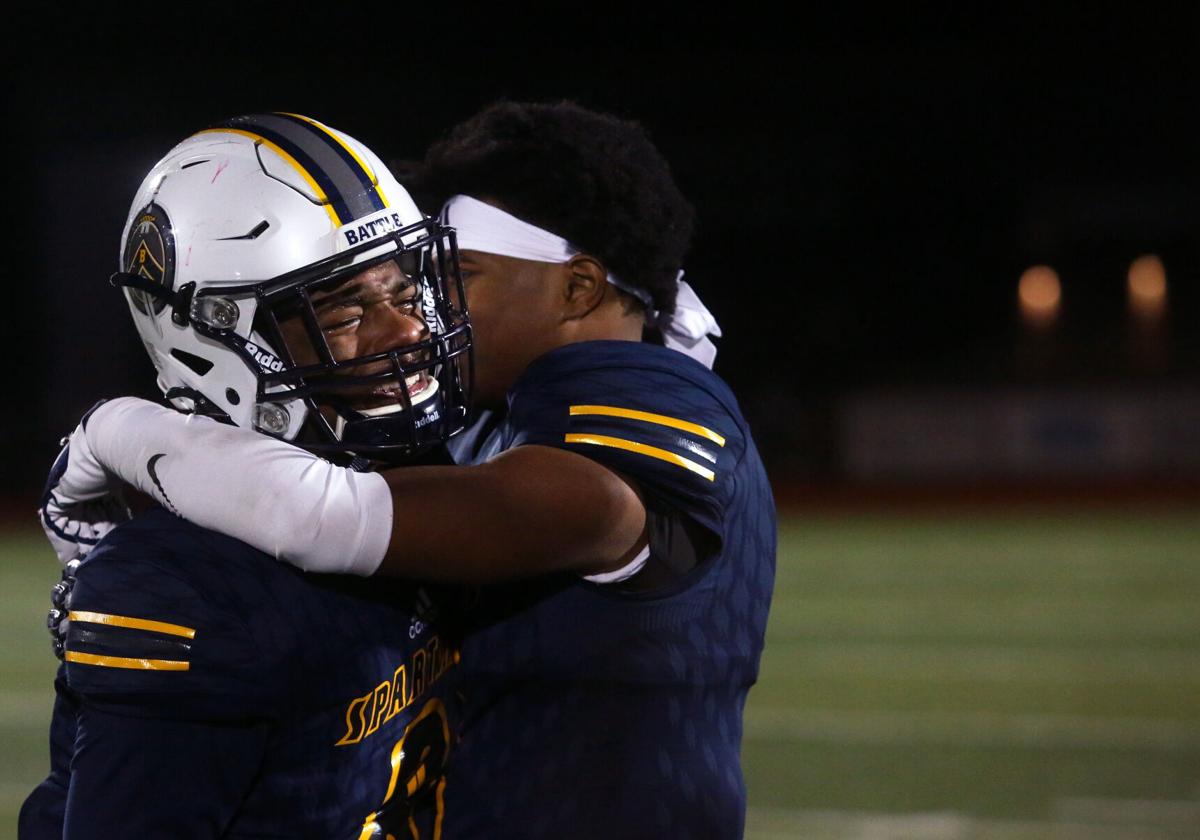 Battle senior Kendrick Perkins, left, cries while being hugged by Battle senior Jarrett Lambert after the Spartans’ loss in a MSHSAA Class 5 quarterfinal game to Fort Zumwalt North on Friday at Battle High School in Columbia. The final score of the game was 35-14. 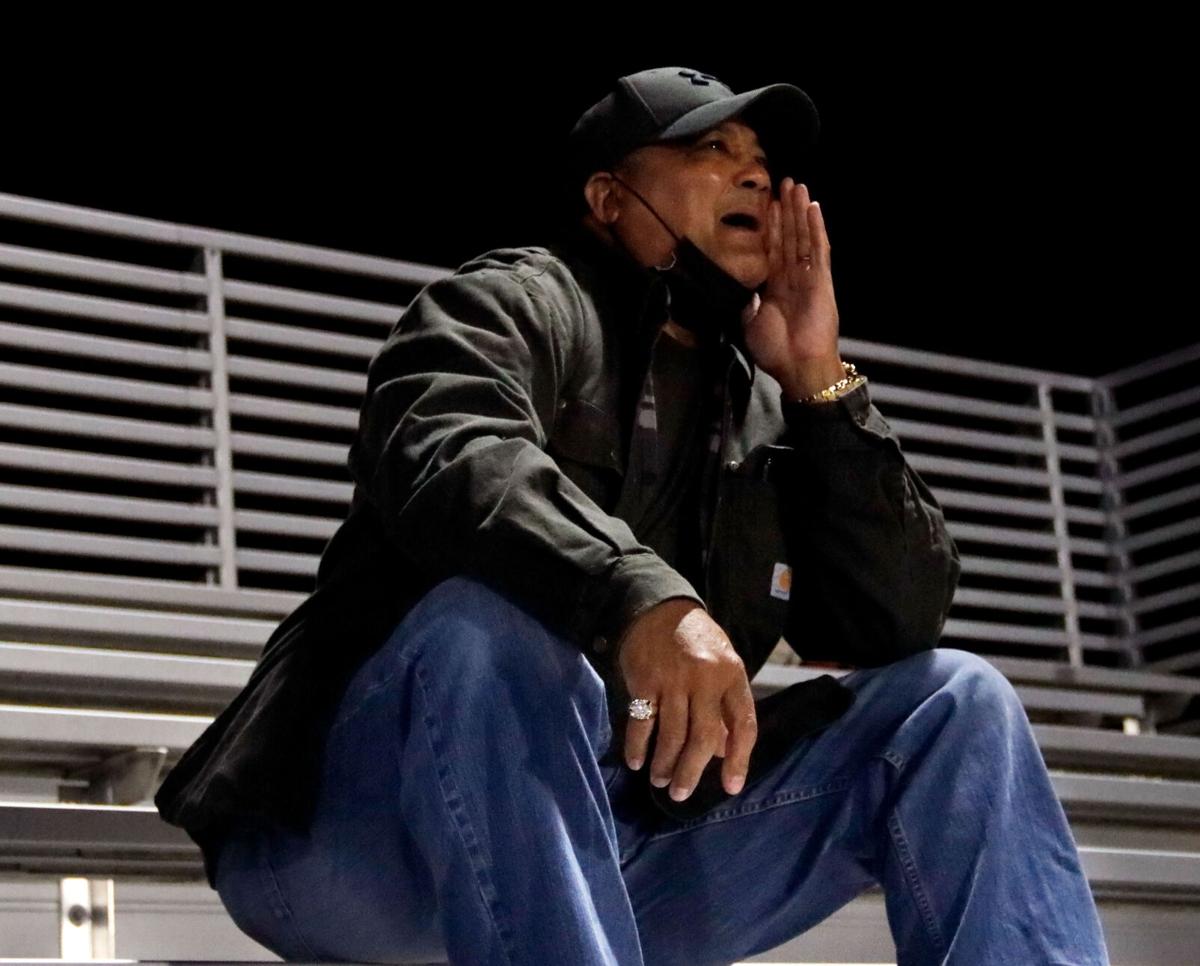 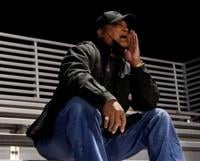 Fort Zumwalt North parent Marvin McGee cheers for his son Zach on Friday at Battle High School in Columbia. The game was tied 7-7 in the second quarter. “They’ve got a gutsy team,” McGee said. “This game is far from over.” 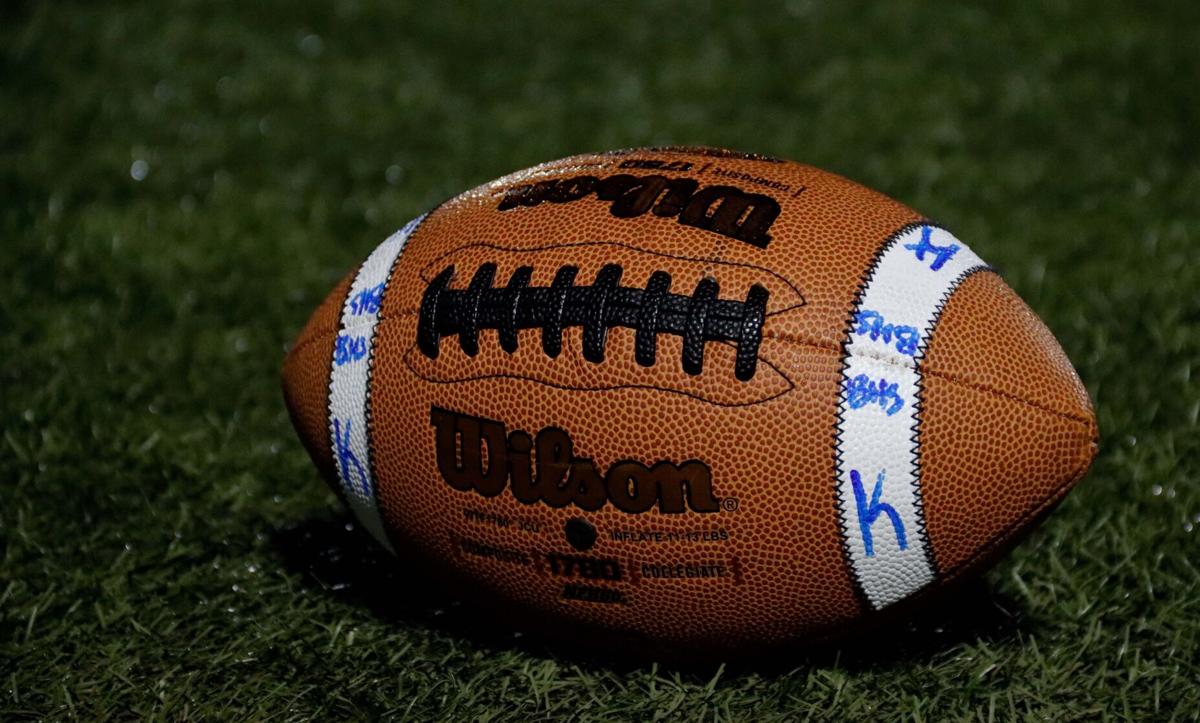 A wet ball lies on the sideline for Battle kickers to practice on Friday at Battle High School in Columbia. Battle scored both of their attempted extra points. 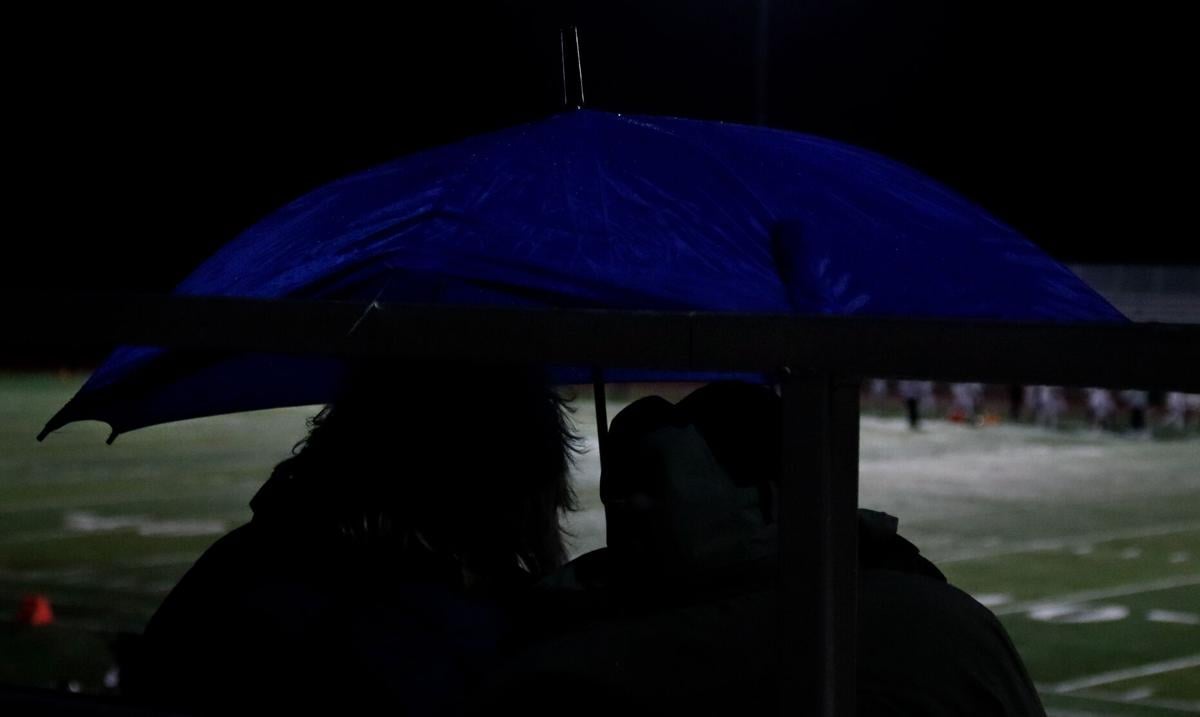 Battle fans huddle close during the fourth quarter on Friday at Battle High School in Columbia. Fans shielded themselves from light rain and temperatures in the low 50s. 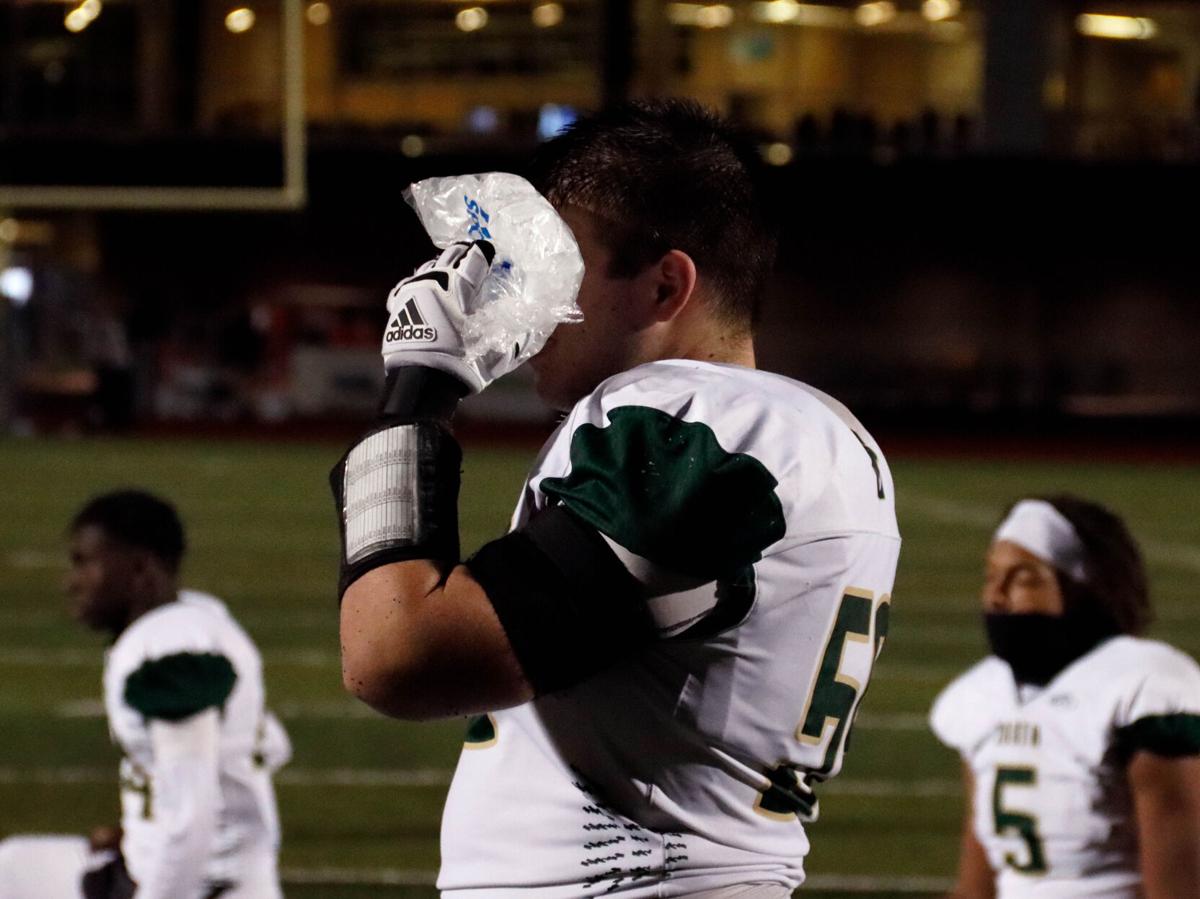 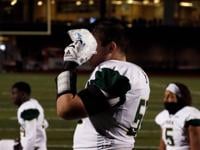 Fort Zumwalt North senior Brendan Mahoney ices his left eye after being poked in the fourth quarter on Friday at Battle High School in Columbia. The Panthers lost their first game of the 2020 season to the Spartans before returning at the end of the season to knock the Spartans out of contention for state. 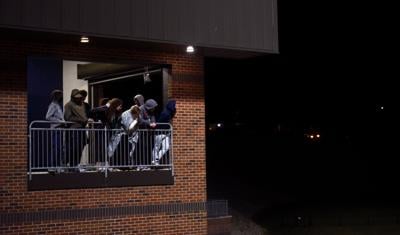 Each year, four Columbia high schools enter football playoffs; since its founding, Battle has made the deepest runs. The Spartans won their way to the state quarterfinals this year but, for the second year in a row, fell to Fort Zumwalt North. With that, Columbia is out of the running for a state title and mid-Missouri's hopes rest on the undefeated Helias Crusaders. Blair Oaks, Hallsville and South Callaway play their quarterfinal games Saturday.

With a victory for the Crusaders and a loss for the Spartans, our visual journalists present ‘Friday Night Sights’ — the magic and wonder of Friday night football.

Football is more than simply the action on the field. While everyone else stares at the big green box, eyes fixed under bright lights, we look the other way: at the relationships, reactions, moments and memories unfolding in the sidelines. Follow along each week as our visual journalists present ‘Friday Night Sights.’