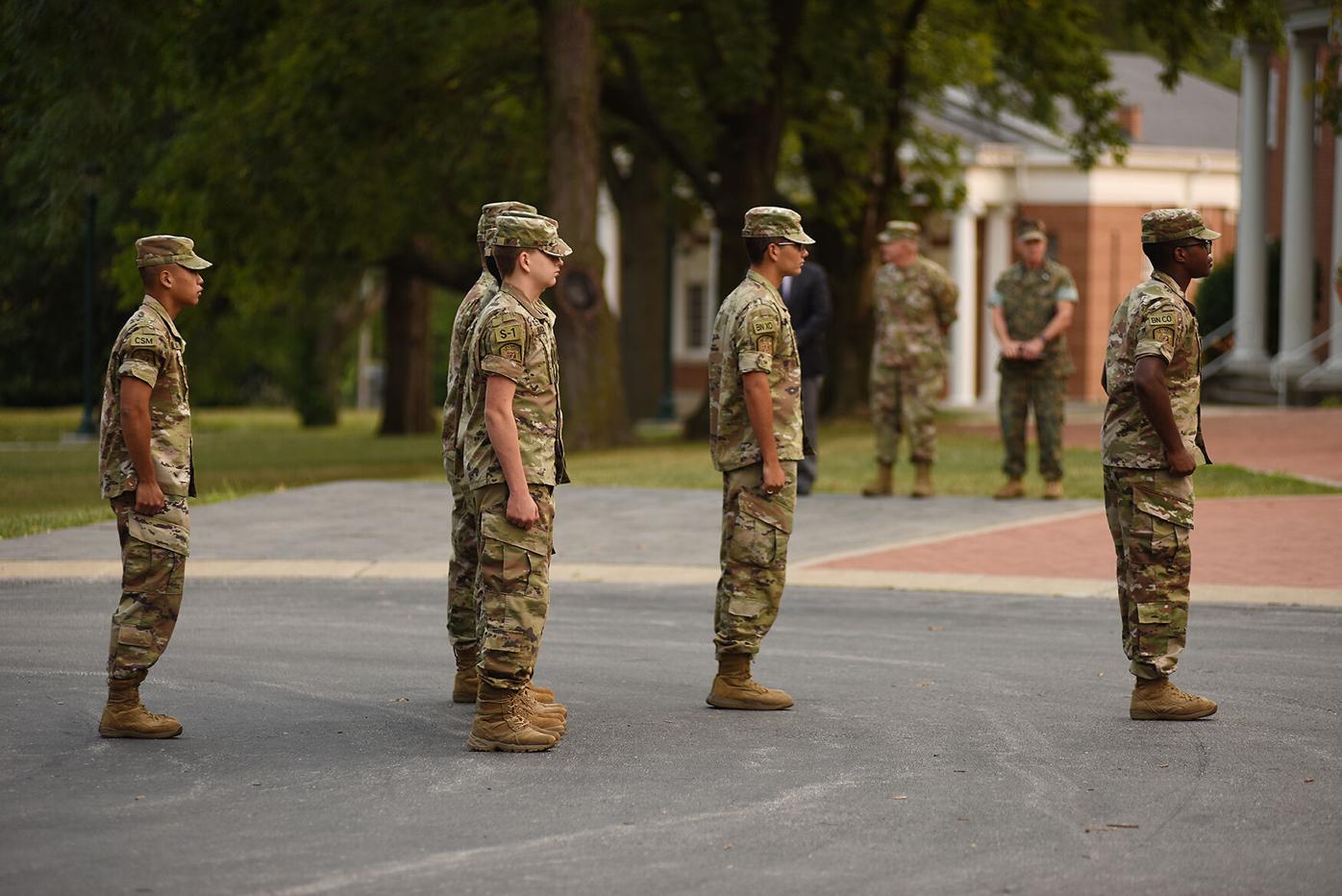 Cadets at the Missouri Military Academy observe a period of silence 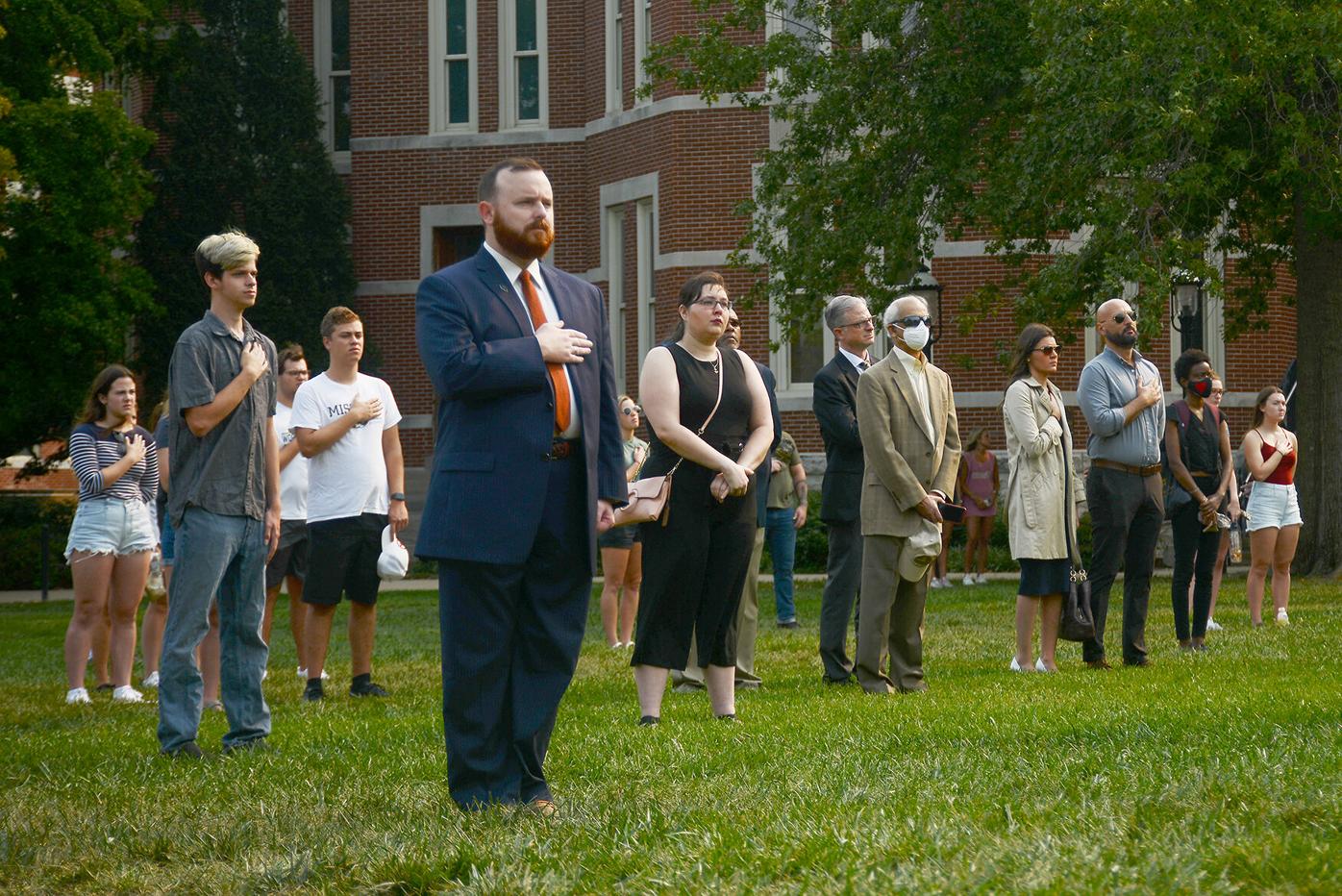 People place their hands over their heart as the band plays the National Anthem during the wreath laying Saturday in Columbia. “Our strength and resilience will overcome our most bitter struggles,” MU Provost Latha Ramchand said. 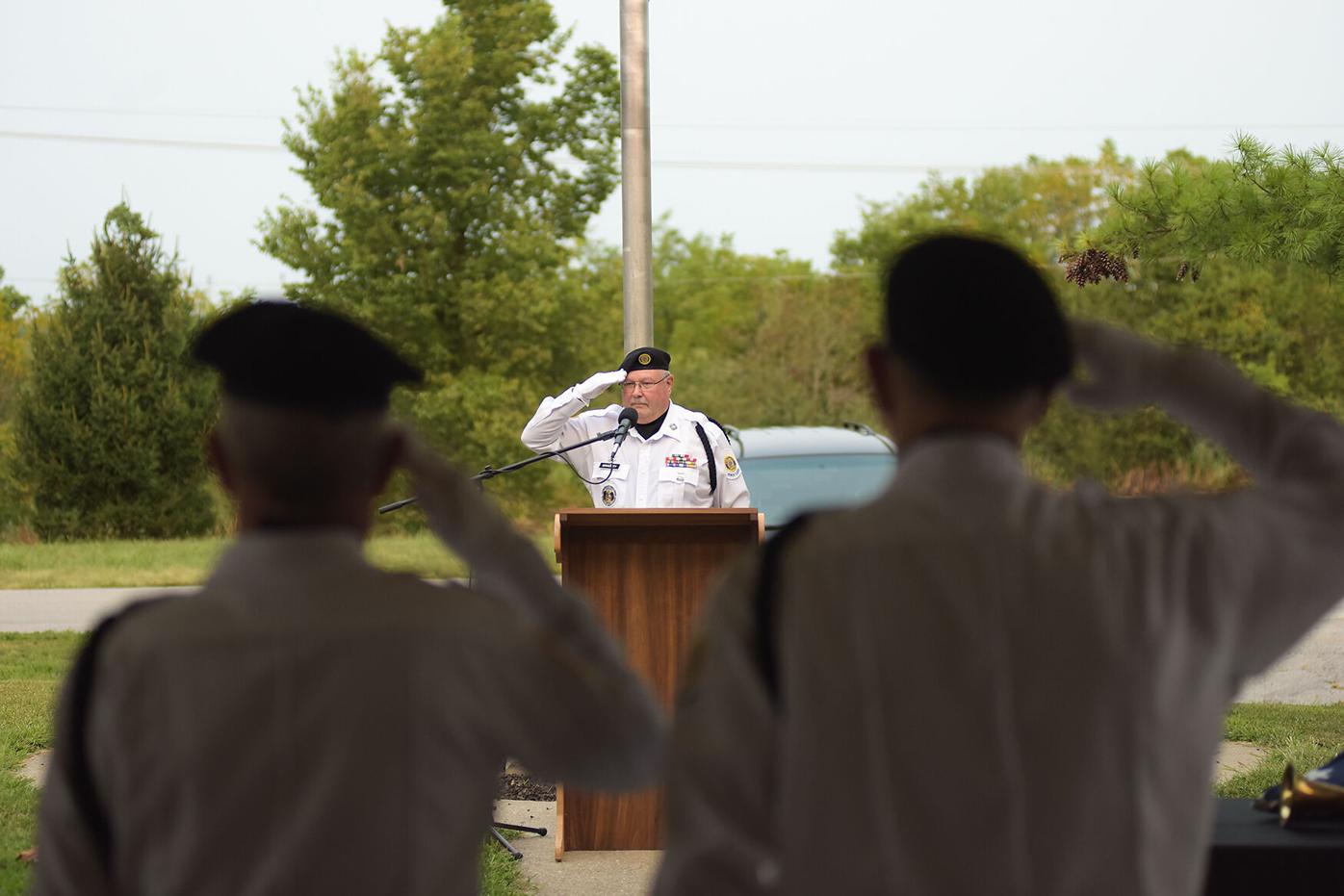 Commander Melvin Bradley pays tribute to the fallen soldiers and the 9/11 victims during the remembrance ceremony Saturday at American Legion Post 202 in Columbia. The ceremony recalled each event that occurred that day and ended with a rifle volley. 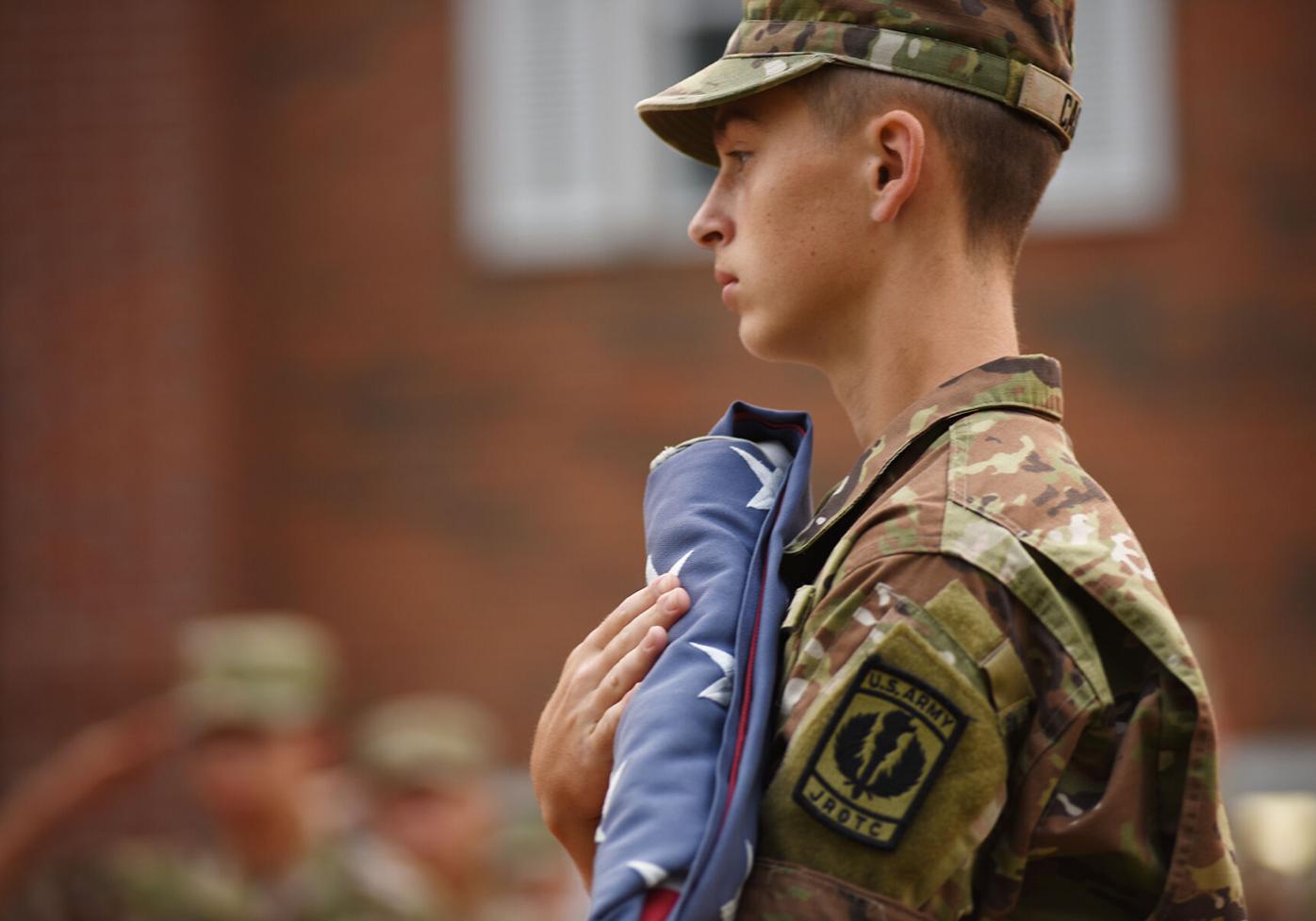 Cadet William Cash carries a folded flag Saturday at the Missouri Military Academy in Mexico, Mo. Cash and the color guard marched the flag to the front of a formation of other cadets. 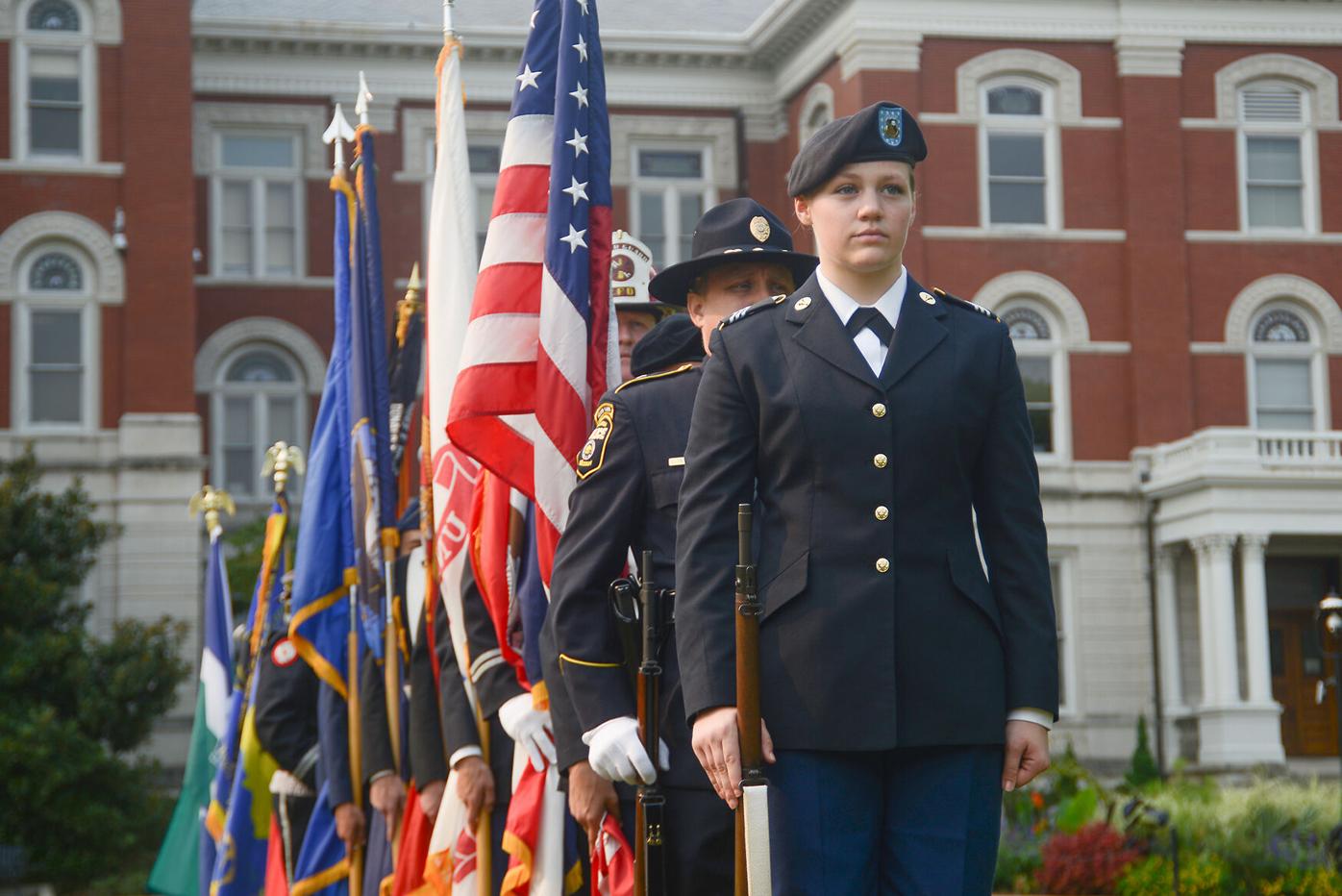 Payeton Loughead gets ready for the wreath-laying ceremony held on Francis Quadrangle on Saturday in Columbia. The event began with the the Honor Guard and Joint Services Color Guard marching through the historic columns on campus. 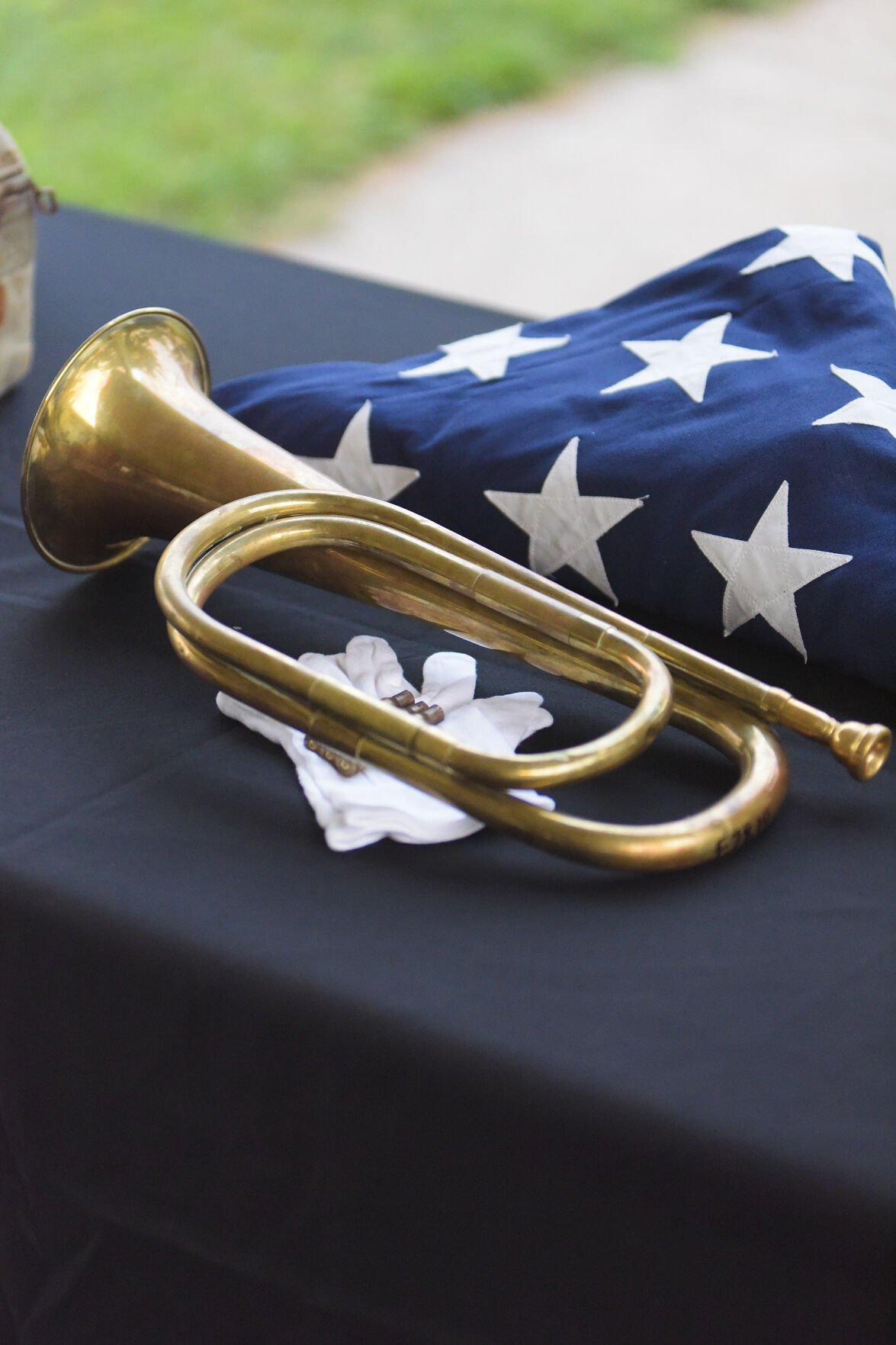 Items are displayed on a table during the American Legion Post 202 remembrance ceremony for 9/11 Saturday in Columbia. 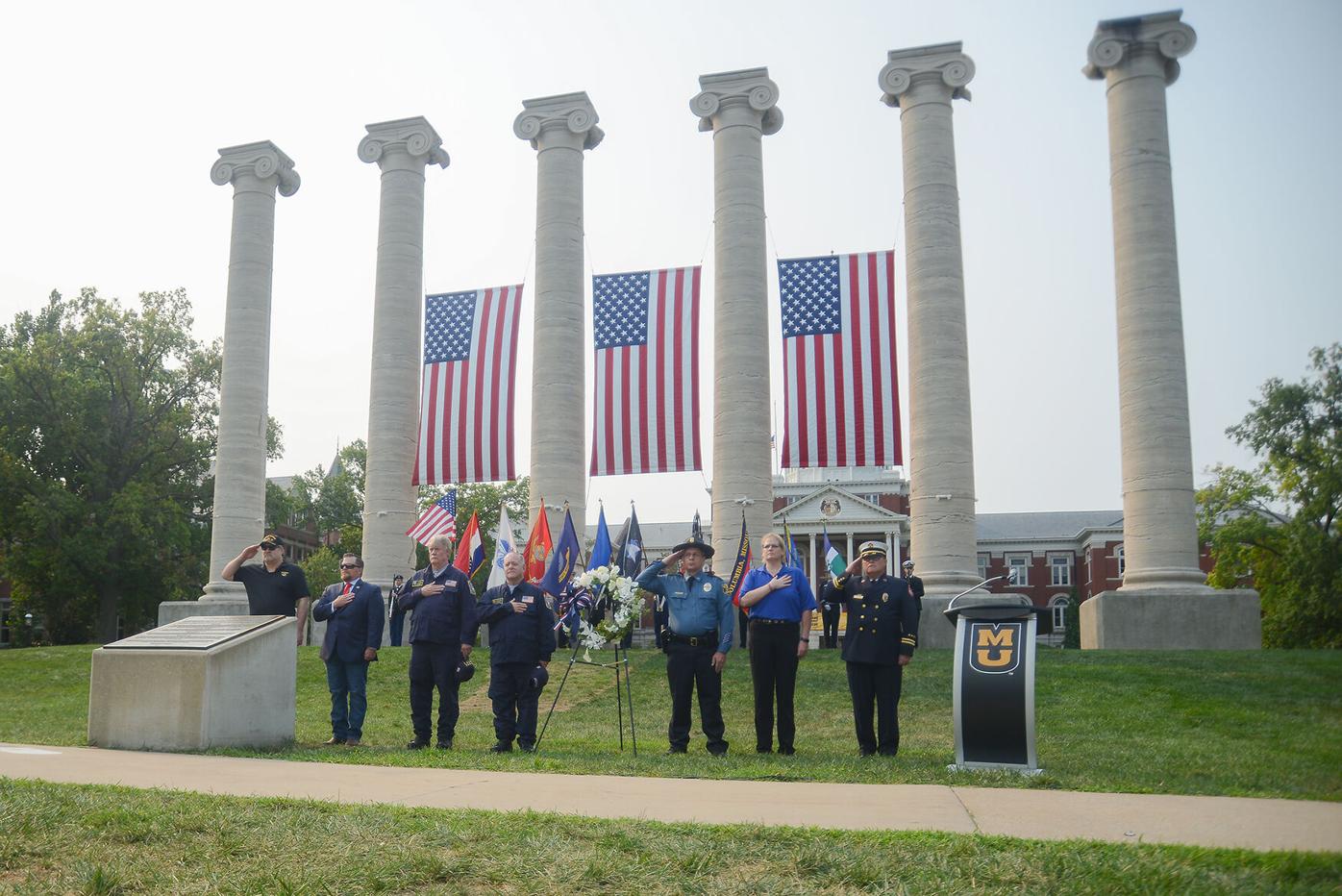 A wreath-laying ceremony was held Saturday on MU’s Francis Quadrangle to commemorate the 20th anniversary of 9/11. The city and MU came together to honor the 2,977 people who lost their lives during 9/11. 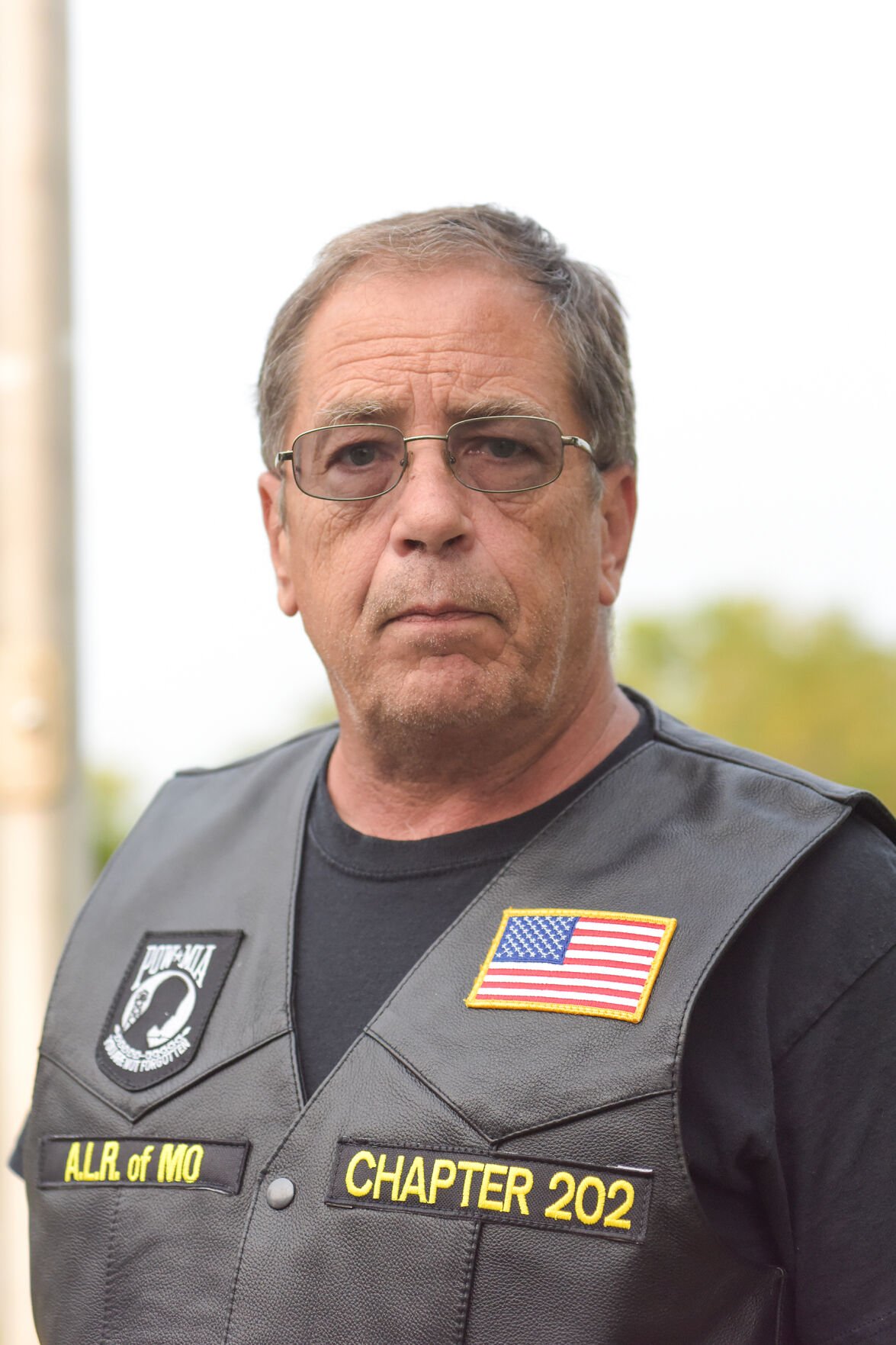 Mark Maupin was deployed at Ground Zero on Sept. 11, 2001 to help in the aftermath of the attack. “It was total chaos,” Maupin said about the day he arrived in New York City. He said he stayed for 97 days. 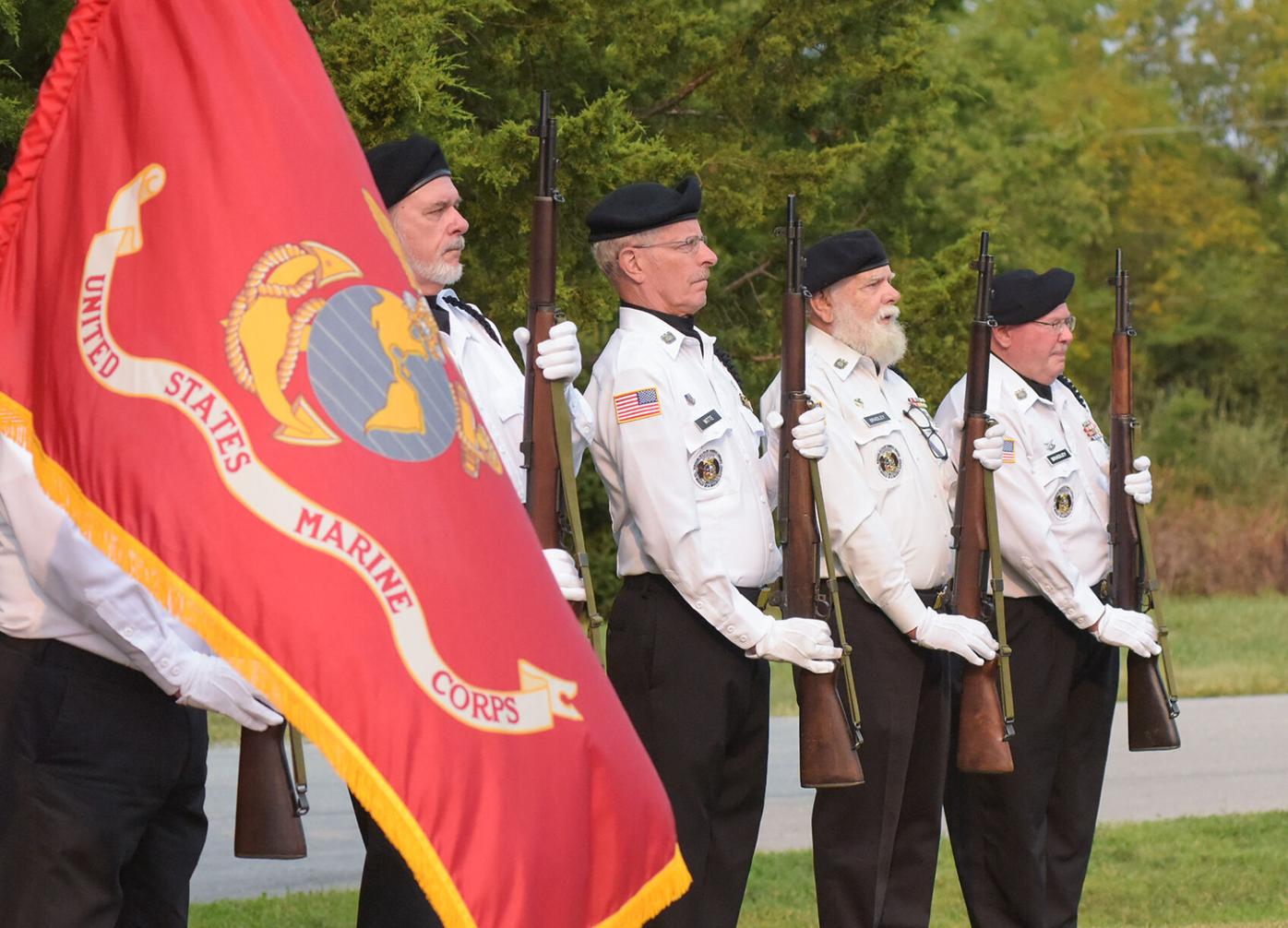 Veterans prepare to shoot a rifle volley Saturday during the 9/11 remembrance ceremony at American Legion Post 202. 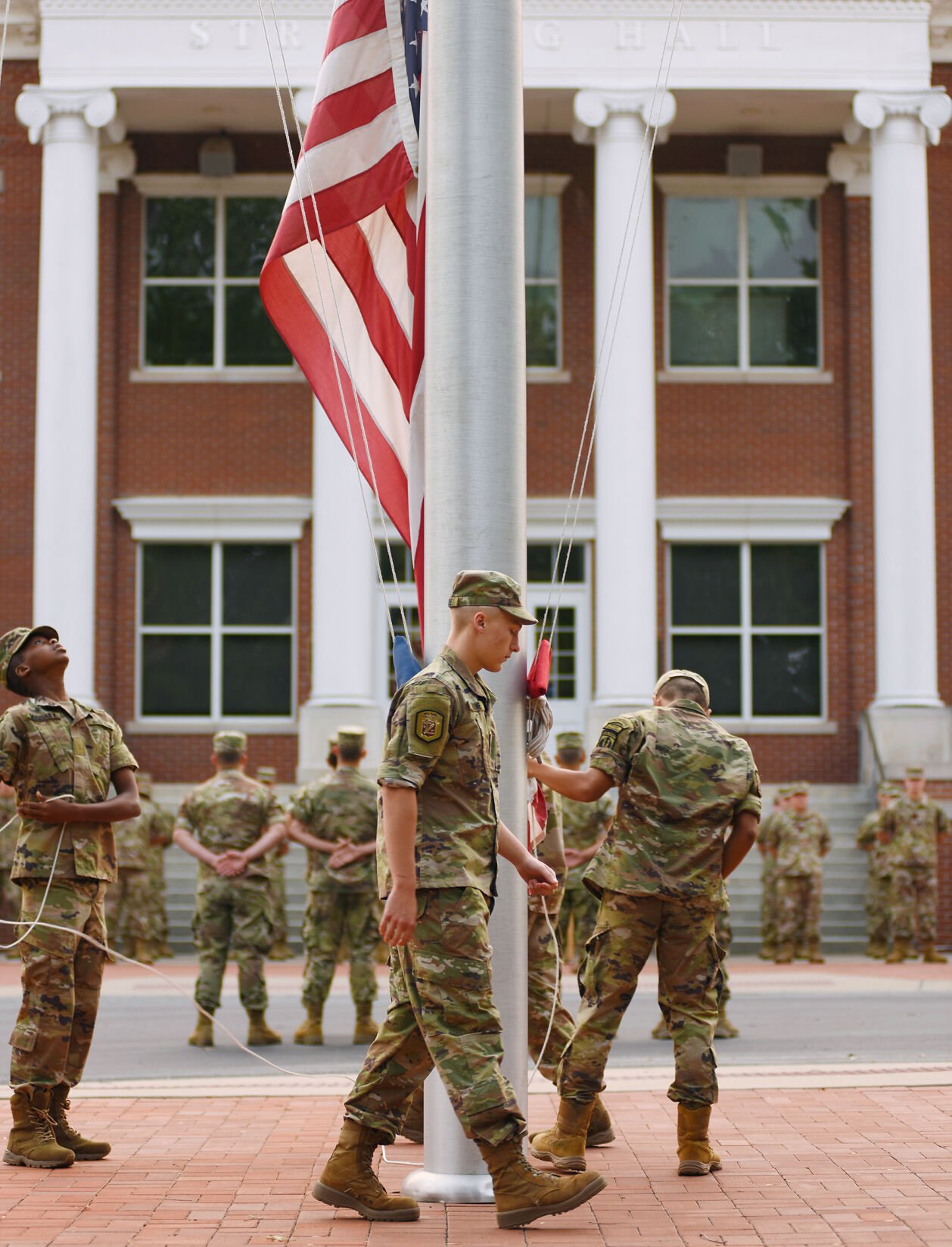 Cadet Zachary Malone raises the flag at the start of the Missouri Military Academy’s 9/11 ceremony Saturday in Mexico, Mo. Malone is a member of the academy’s color guard.

At 7:46, the sound of taps broke through the morning silence at the Missouri Military Academy in Mexico, marking the moment when American Airlines Flight 11 flew into the North Tower of the World Trade Center twenty years ago.

The academy was one of many mid-Missouri organizations that gathered to raise the flag and honor the 2,977 lives lost during the attack. MU and the American Legion Post 202 in Columbia held wreath-layings and speeches in remembrance.

American Legion Post 202, as well as the city and MU together, held services to honor 2,977 lost in the terrorist attacks.