You are the owner of this article.
Edit Article Add New Article
You have permission to edit this article.
Edit
Home
COVID-19
News
Sports
Opinion
Obituaries
Vox
Visuals
Special Sections
Classifieds
Subscribe
1 of 13 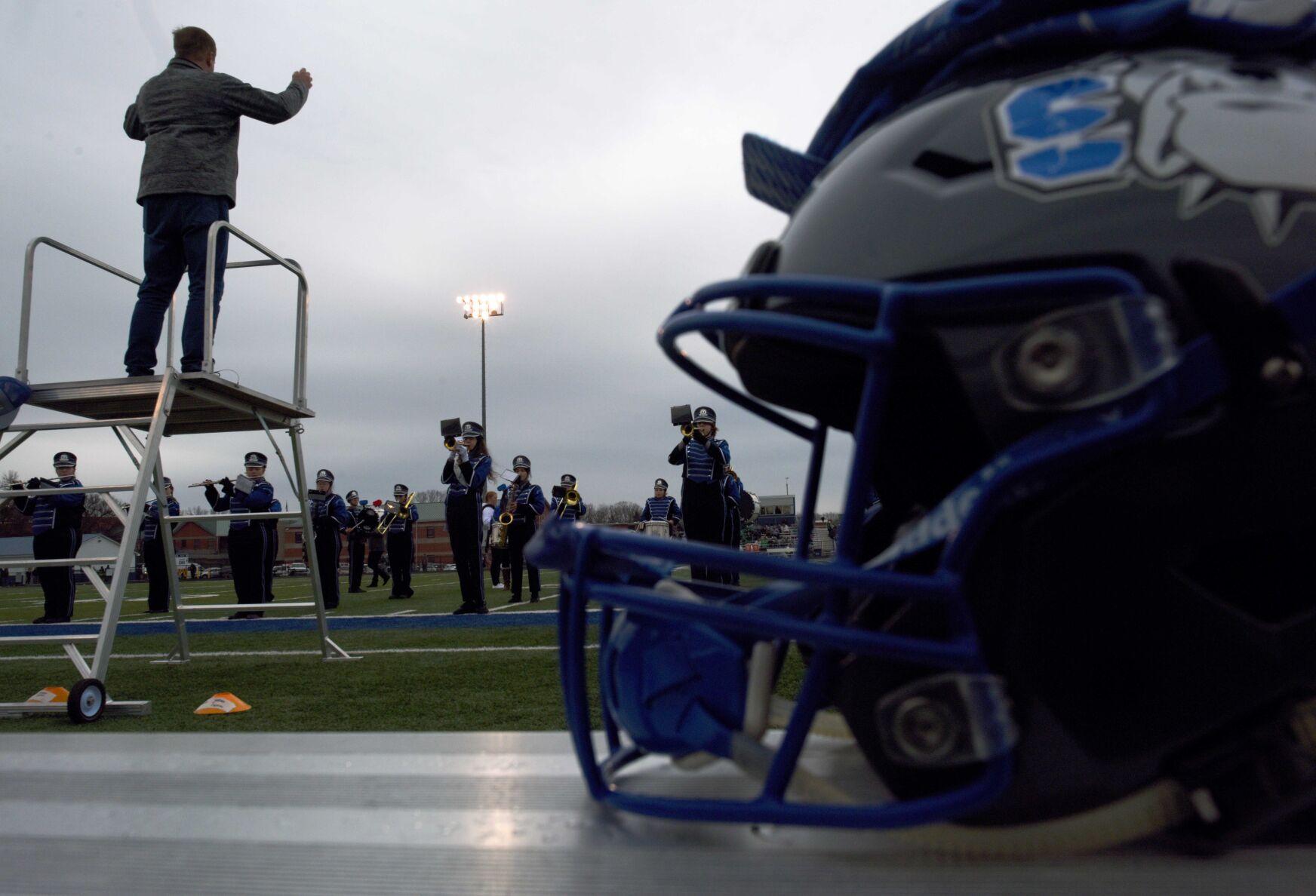 The gloves and helmet of Hunter Kistner, senior trumpet player and South Callaway Bulldogs wide receiver, rest on the team’s bench while Dustijn Hollon, band and vocal instructor at South Callaway, directs the marching band during halftime Saturday. After performing, Kistner quickly put away his instrument, slipped on his gloves and helmet and joined the team for stretches before the third quarter began. 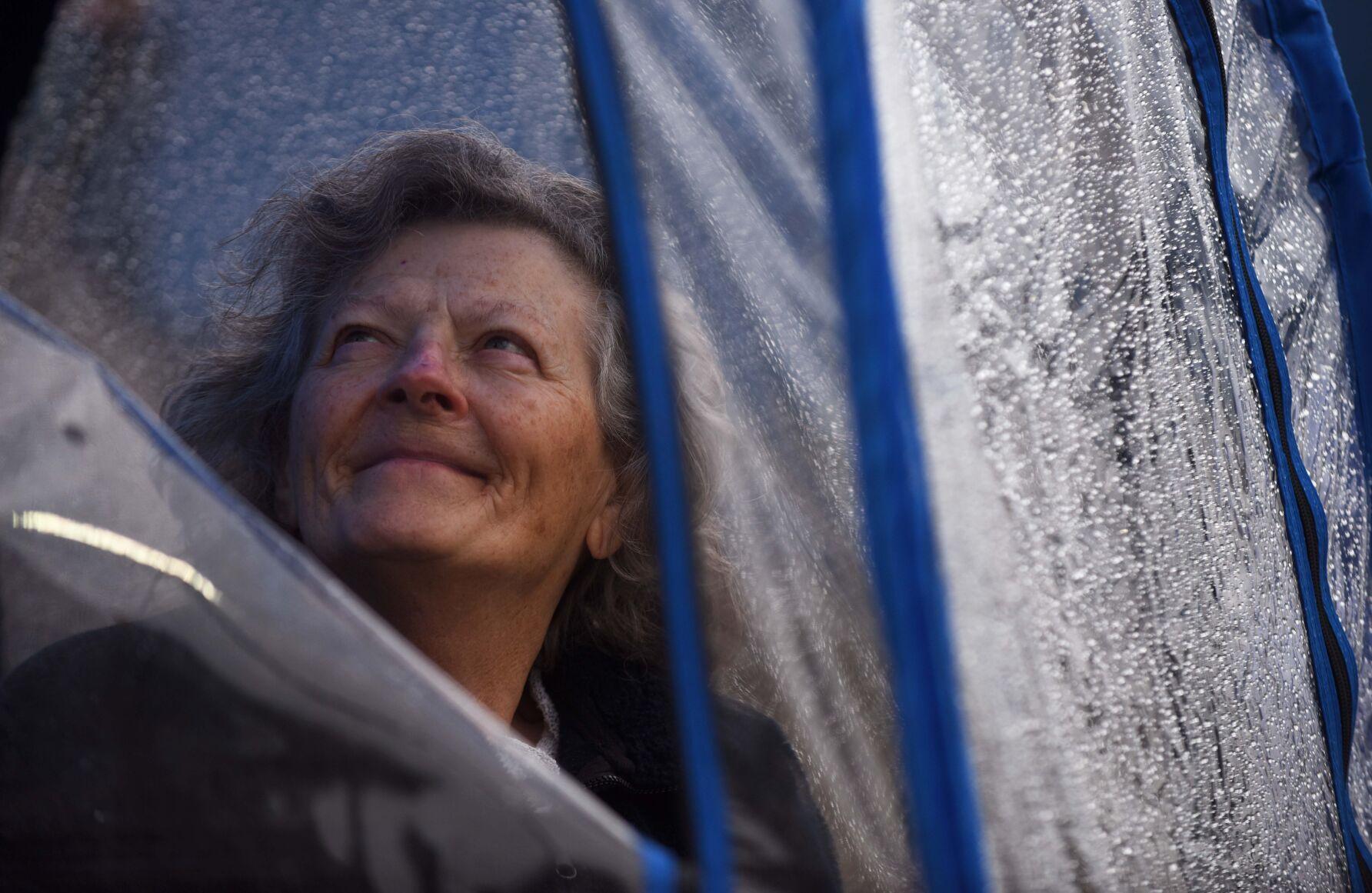 Inside her one-person tent, Martha Venningfield grins while listening to Gary Pees tell a story involving twerking during the state quarterfinal game at South Callaway High School on Saturday. The tent kept her dry from the rain and isolated her from COVID-19, Venningfield said. 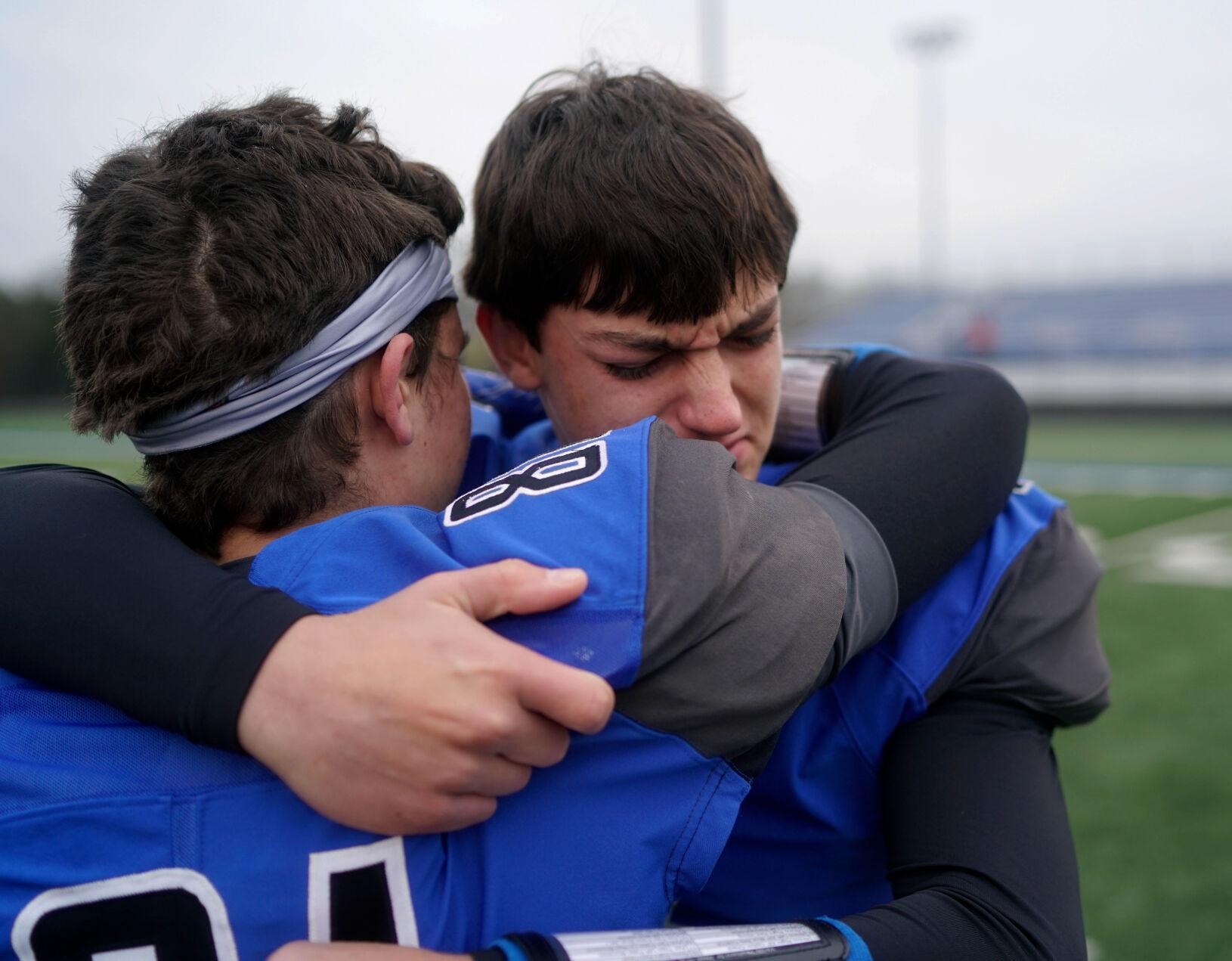 Caleb Pezold hugs Hunter Kistner after the South Callaway football game Saturday in Mokane. Kistner is a senior wide receiver and defensive back, and this is his last game for the Bulldogs. “We lost some tough games, but we bounced back,” Pezold said after the game. 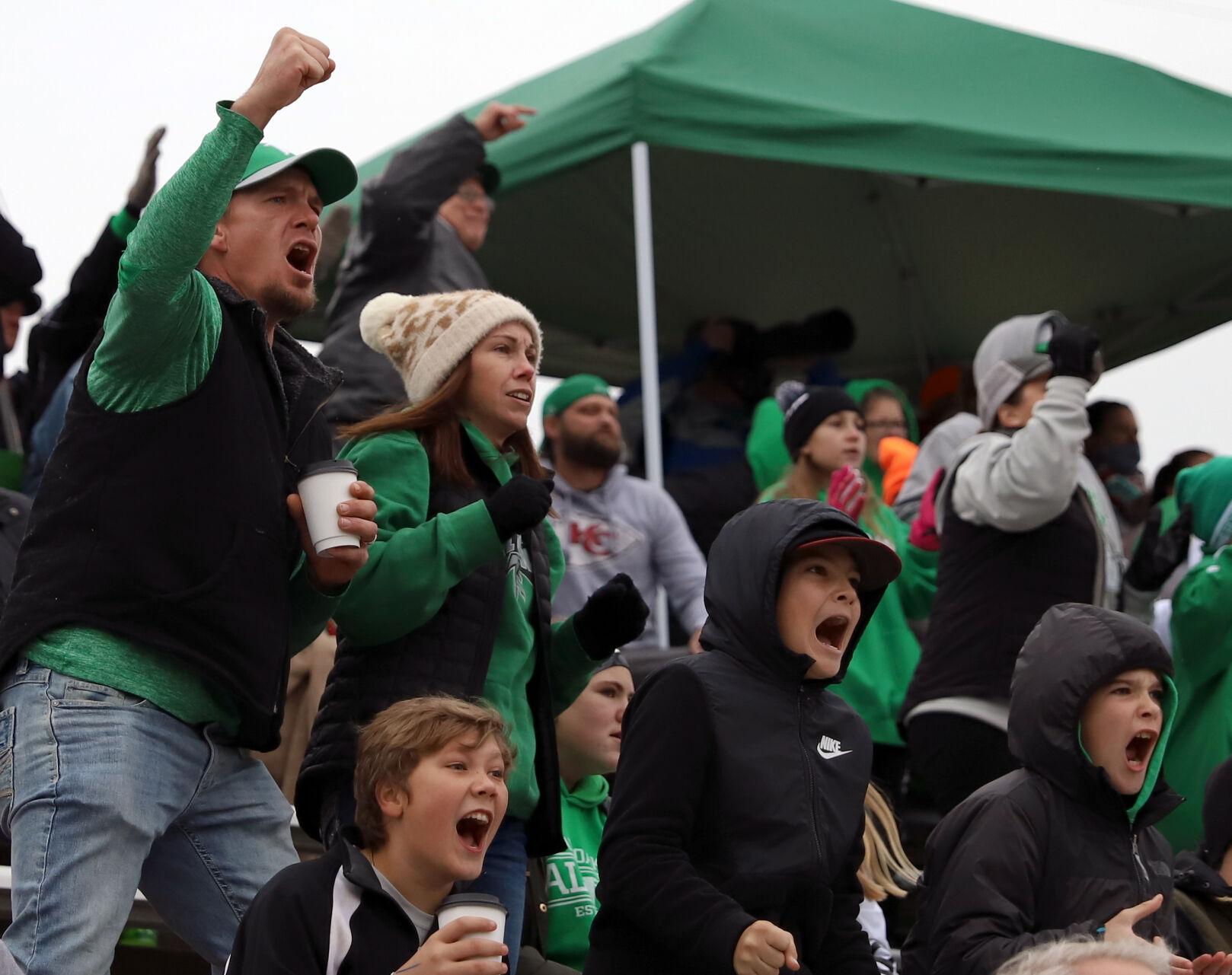 Ryan Rademan, left, raises his fist and cheers for the Blair Oaks Falcons on Saturday at Blair Oaks Athletic Complex in Wardsville. The Lutheran North Crusaders led in the first quarter with a field goal, but the Falcons soon overtook them and rolled to a 44-9 victory. 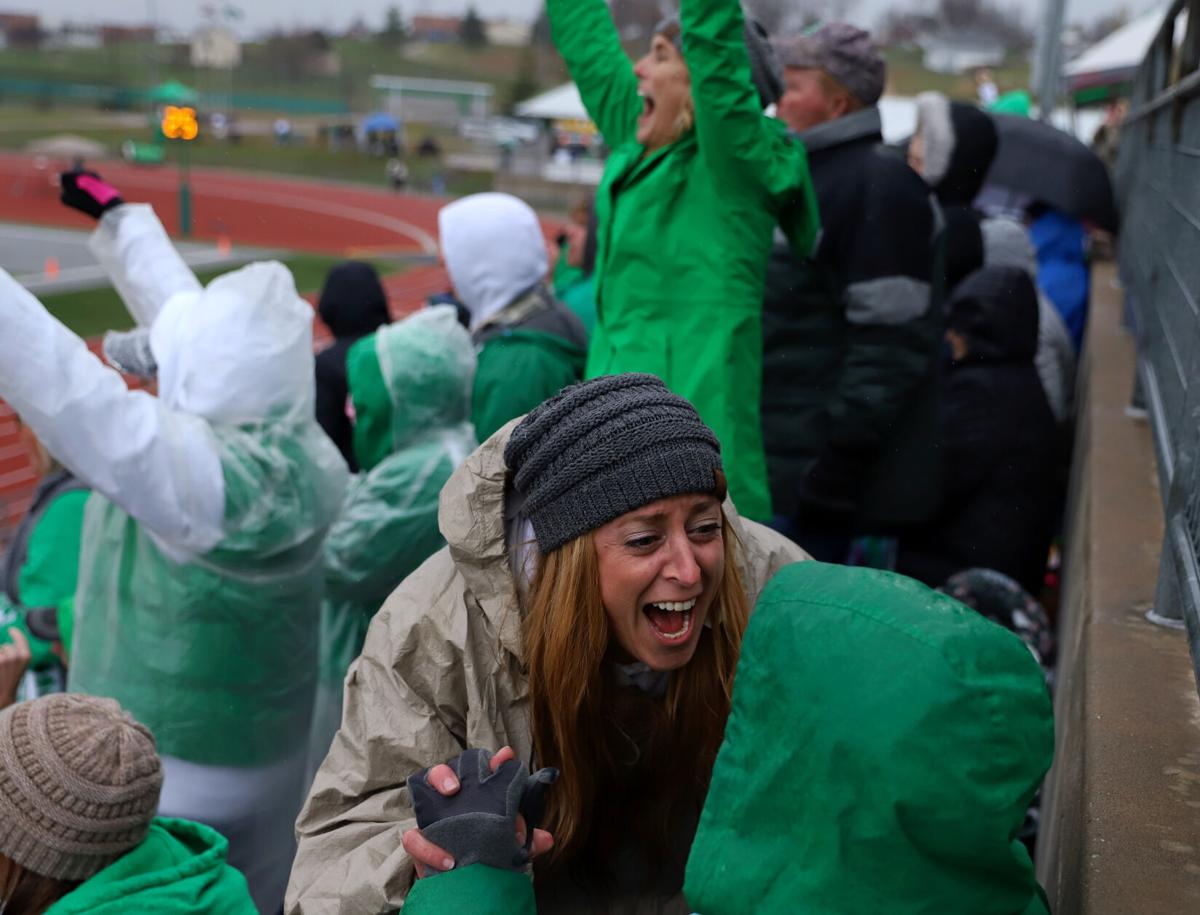 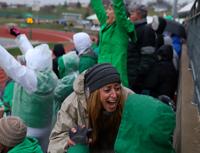 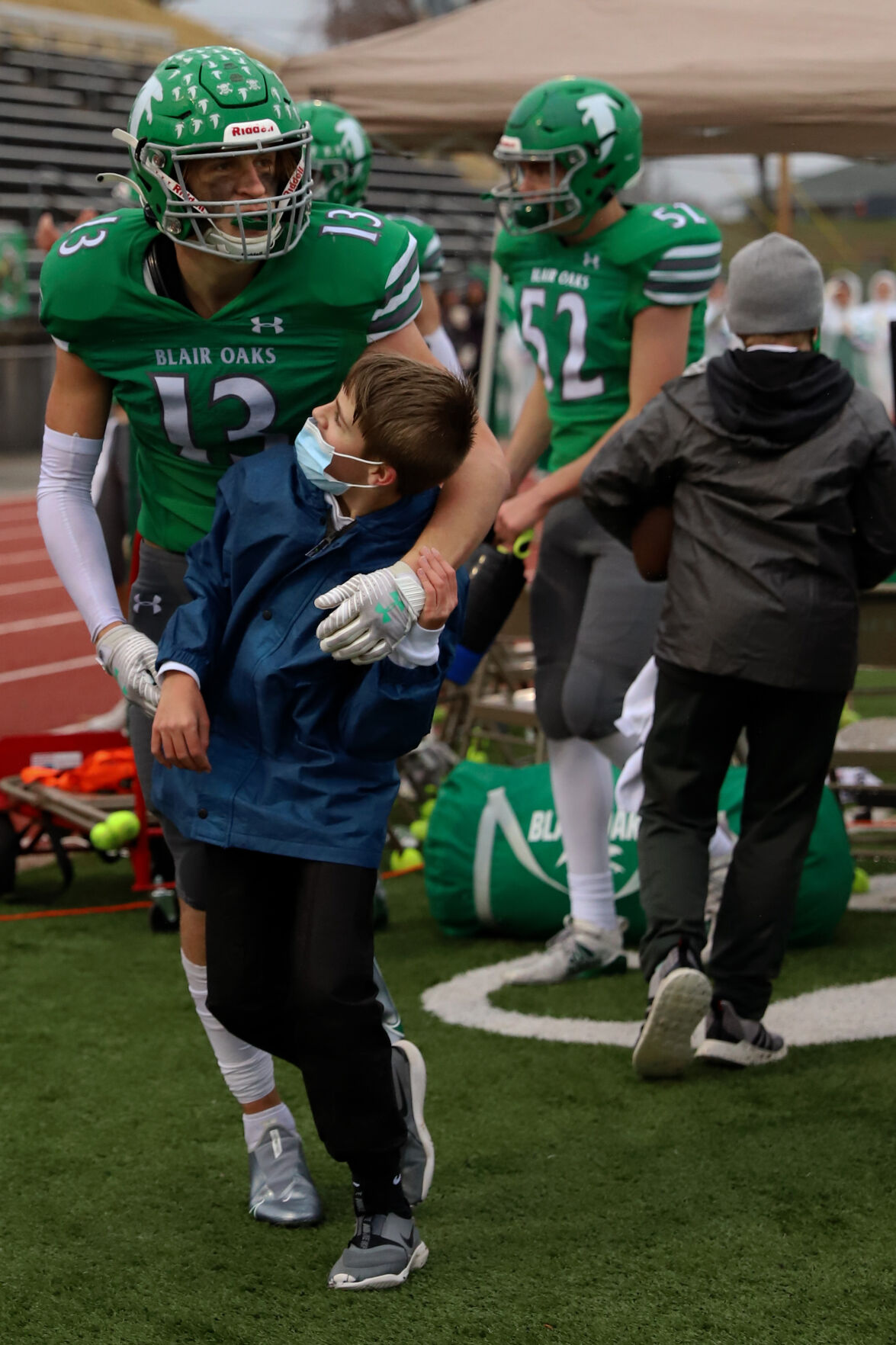 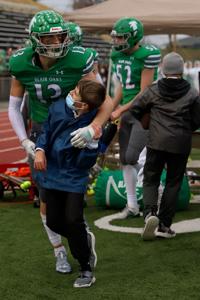 Sam Closser, 13, right, looks up at senior Carson Prenger as Blair Oaks players and fans celebrate their win on Saturday at Blair Oaks Athletic Complex in Wardsville, Mo. Closser is a ball boy and his brother, senior Jacob Closser, is a wide receiver for the Falcons. 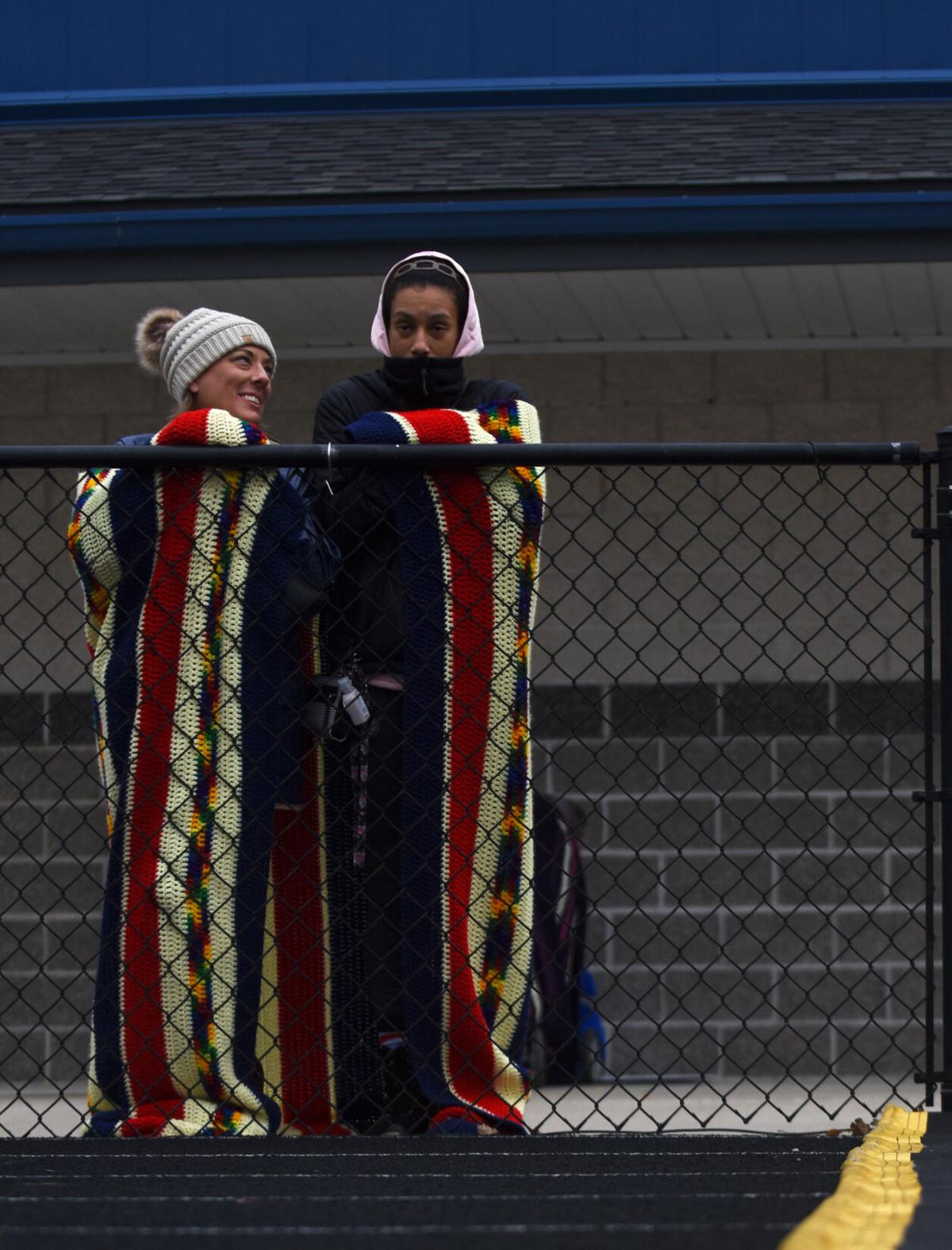 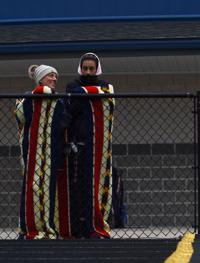 Players run toward the locker room as fans cheer on Saturday at Blair Oaks Athletic Complex in Wardsville. The Falcons will play the Cardinal Ritter College Prep Lions next week in the Class 3 semifinals. 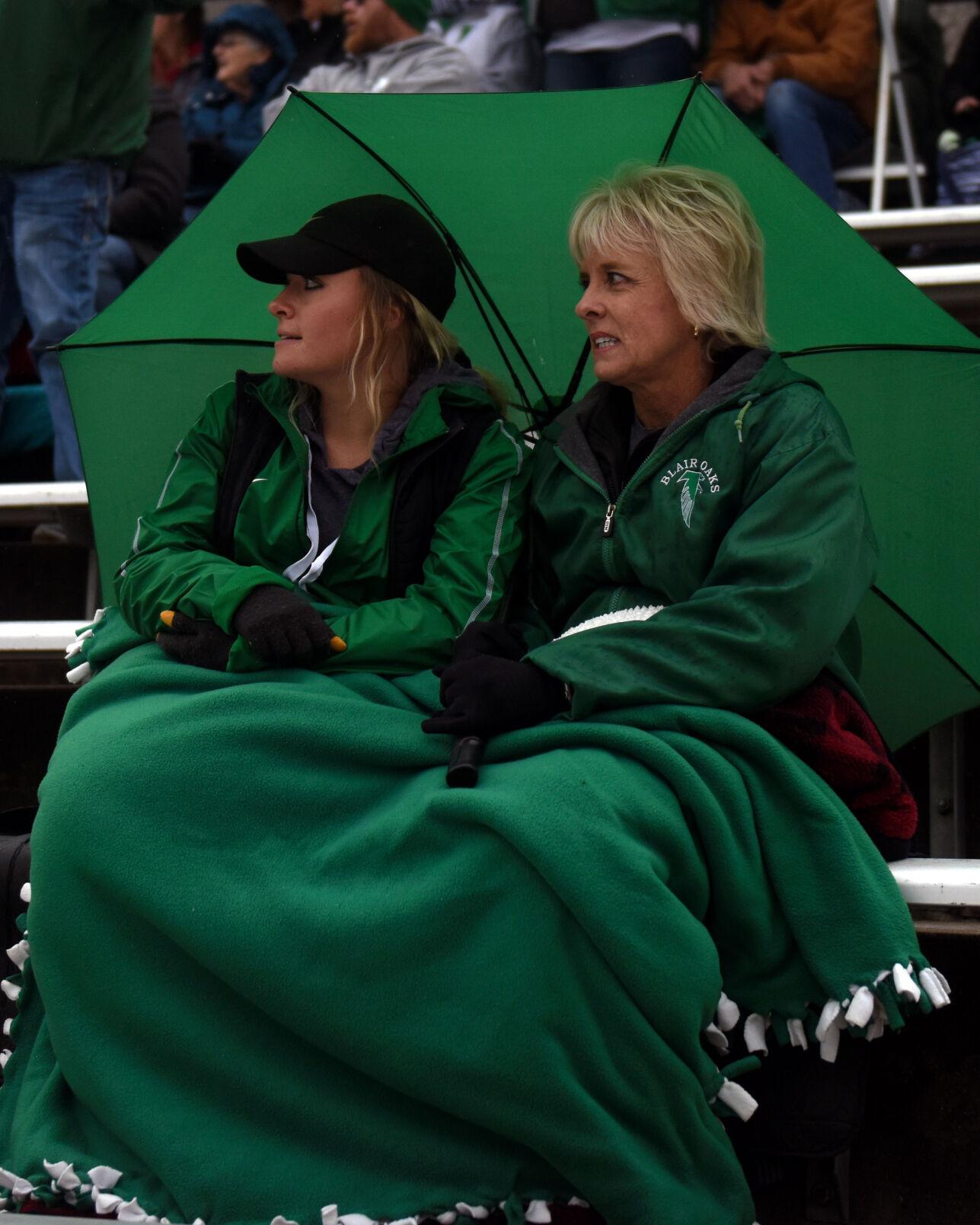 Sarah Bischoff, left, and her mother, Kelli Jones, watch the Blair Oaks Falcons play the Lutheran North Crusaders on Saturday at Blair Oaks Athletic Complex in Wardsville. Jones’ husband is the superintendent at Blair Oaks, and she has had four daughters go to school there. 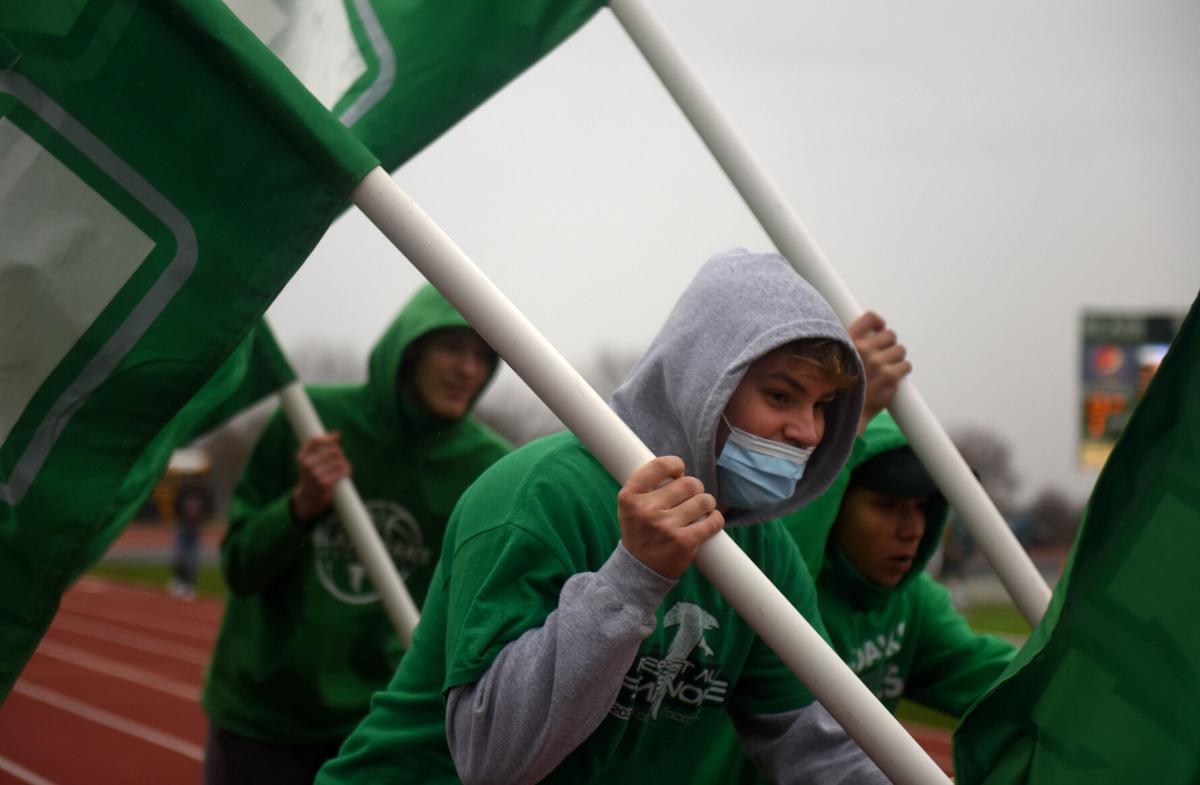 Blair Oaks senior Josh Isaacs runs with a flag to celebrate a touchdown against the Lutheran North High School Crusaders on Saturday at Blair Oaks Athletic Complex in Wardsville. This was the Falcons' 12th win of their season. 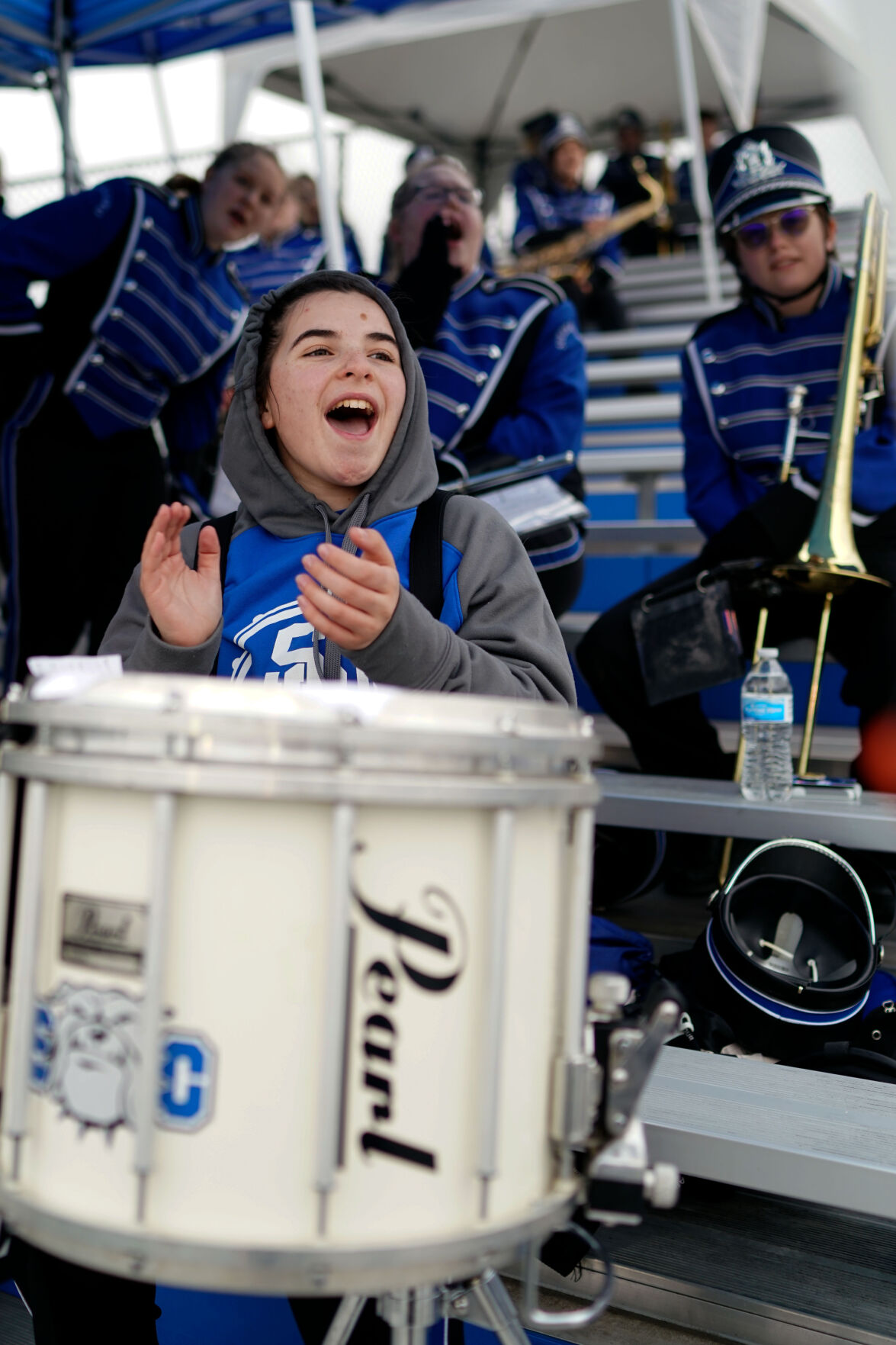 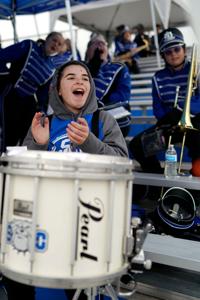 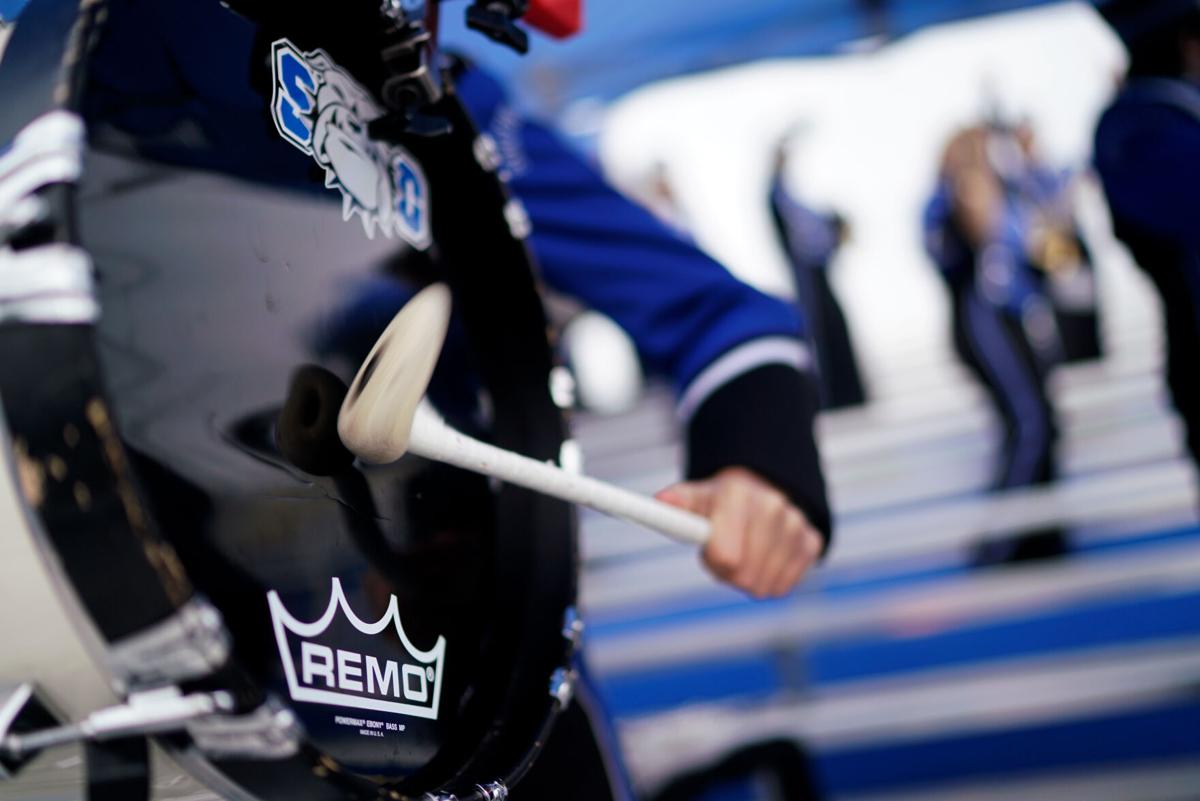 A South Callaway High School marching band member hits their drum during the game on Saturday in Mokane. The Bulldogs lost the game against the Thayer Bobcats 42-15. 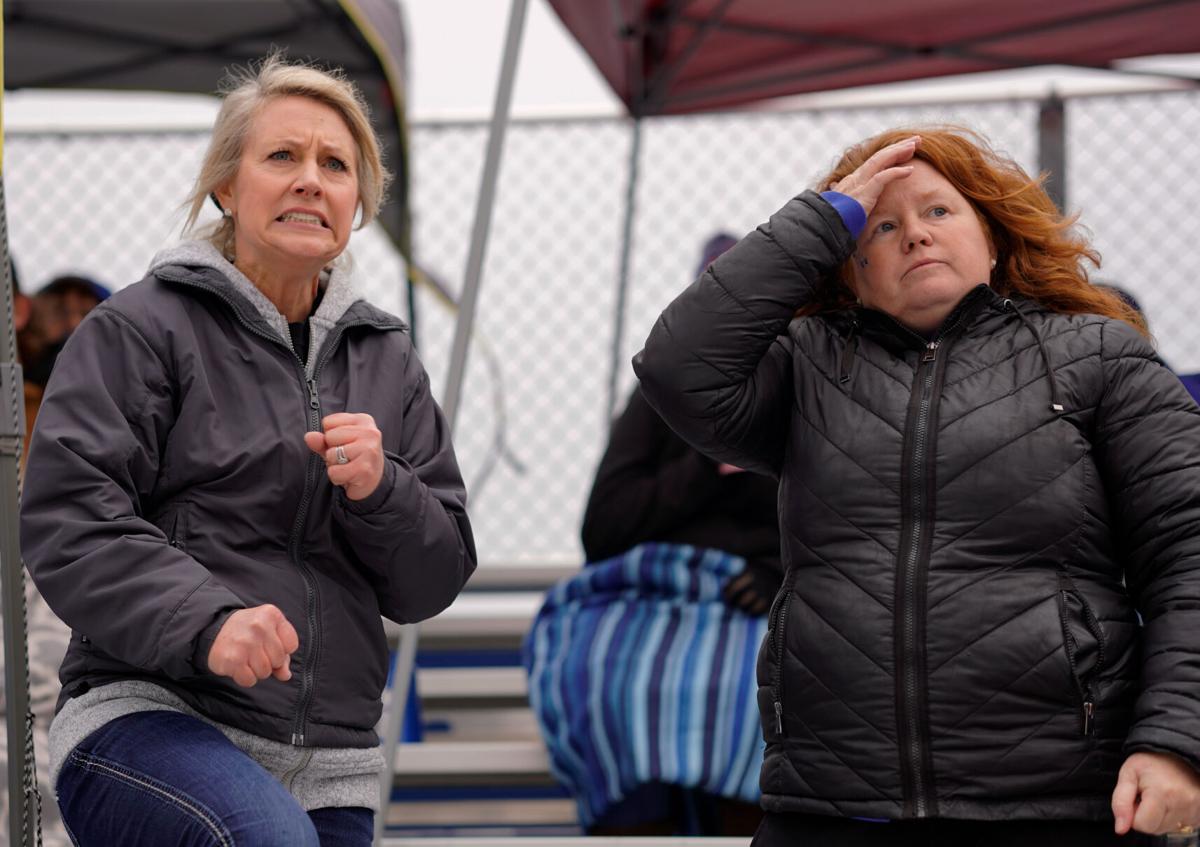 Jennifer Hess, left, and Waughan Shelly react to the South Callaway game on the stands on Saturday in Mokane. Hess is the wife of the South Callaway head coach Zach Hess. “The boys play so hard through this season,” Hess said. “I am so proud of them, no matter if they win or lose.” 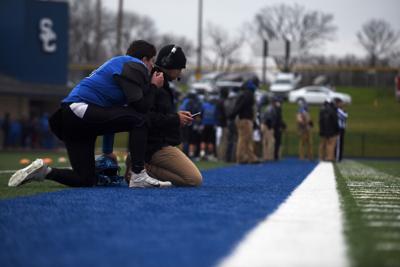 With a victory for the Blair Oaks Falcons and a loss for the South Callaway Bulldogs, our visual journalists present ‘Saturday Sights’ — the magic and wonder of high school football.

Football is more than simply the action on the field. While everyone else stares at the big green box, eyes fixed under bright lights, we look the other way: at the relationships, reactions, moments and memories unfolding in the sidelines. Follow along each week as our visual journalists present ‘Saturday Sights,’ an extension of the Missourian’s Friday Night Sights series.