Skip to main content
You are the owner of this article.
Edit Article Add New Article
You have permission to edit this article.
Edit
Home
News
Sports
Opinion
Obituaries
Vox
Visuals
Special Sections
Classifieds
Subscribe
1 of 9 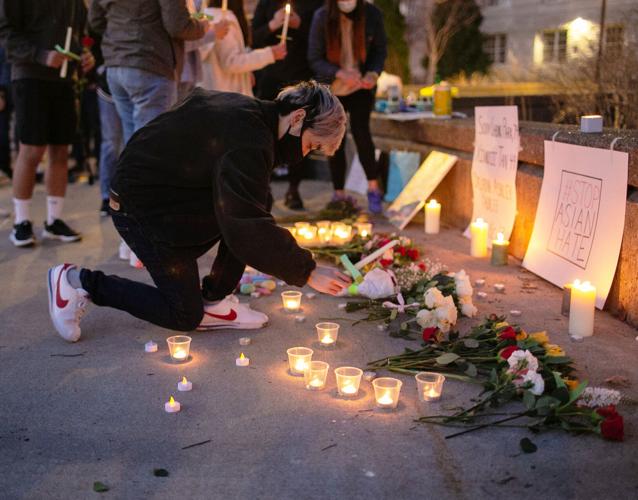 MU sophomore Dzuy Nguyen places a lit candle for a vigil at Speakers Circle on Friday in Columbia. The vigil was held for the eight victims of the Atlanta shootings, six of whom were identified as Asian and seven of whom were women. 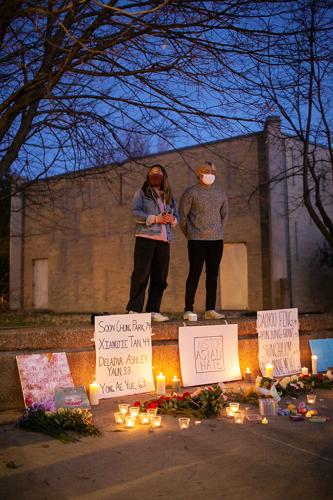 MU freshmen Amy Schaffer, left, and Kevin Duong address other MU students who gathered for a vigil Friday at Speakers Circle on the MU campus for the eight victims of the Atlanta shootings. Schaffer spoke about her late grandmother and the discrimination she faced. “I know that it would break her to know that her granddaughter is feeling the same way,” she said. 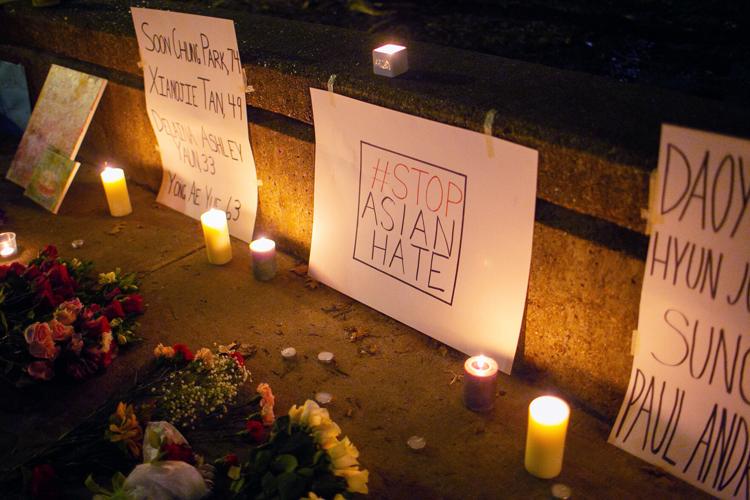 Signs with the names of the eight victims of the March 16 shootings in Atlanta were placed at Speakers Circle during a vigil Friday on the MU Campus. The vigil was attended by nearly 100 students. 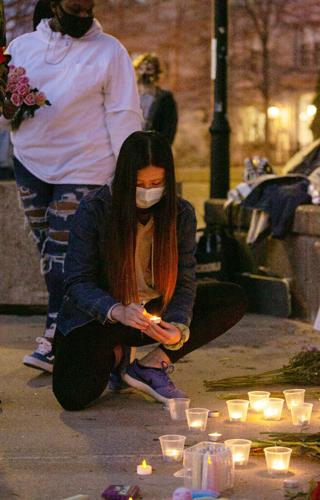 Missouri freshman Jessica Zhang places a candle in Speakers Circle during a vigil for the eight victims of the Atlanta shootings Friday in Columbia. A report by Stop AAPI Hate showed that there were 3,795 hate incidents reported to them carried out against Asian Americans from March 2020 to February of this year. 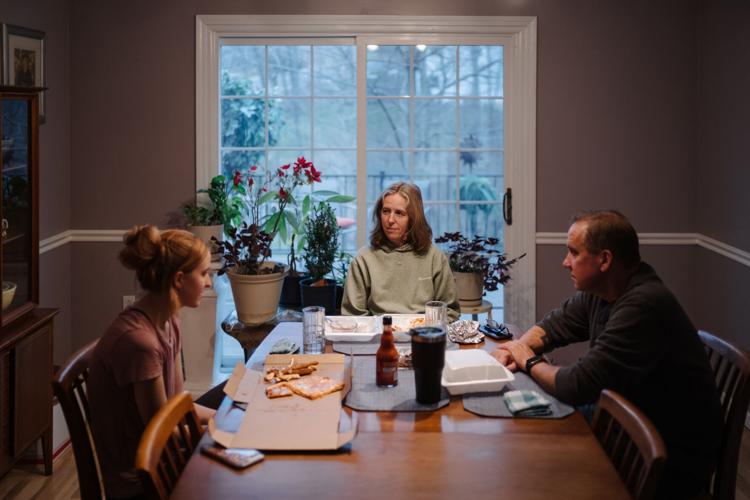 From left, Cora Windmoeller and her parents Michelle and Steve have a conversation at the end of their at-home dinner March 15. “Ever since we came back in December, we’ve done a local-restaurant dinner every Monday,” Michelle Windmoeller said. 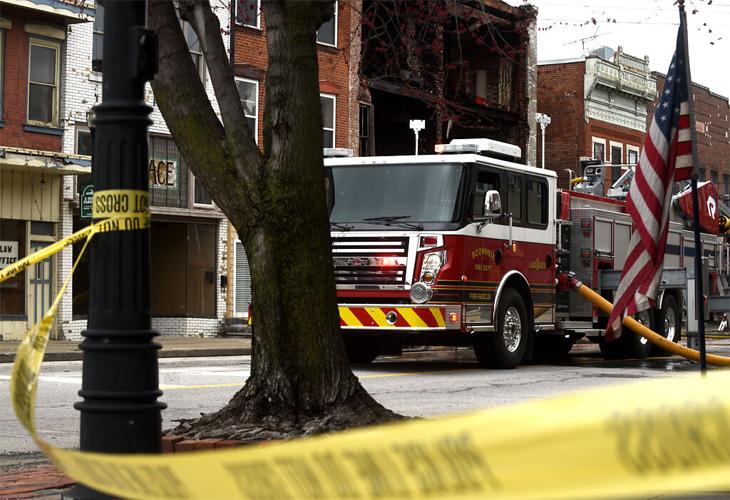 Police tape blocks off Main Street in Boonville in the wake of a building fire of a pawnshop Monday in Boonville. The fire started around 10 p.m. Sunday, according to previous KOMU reporting. 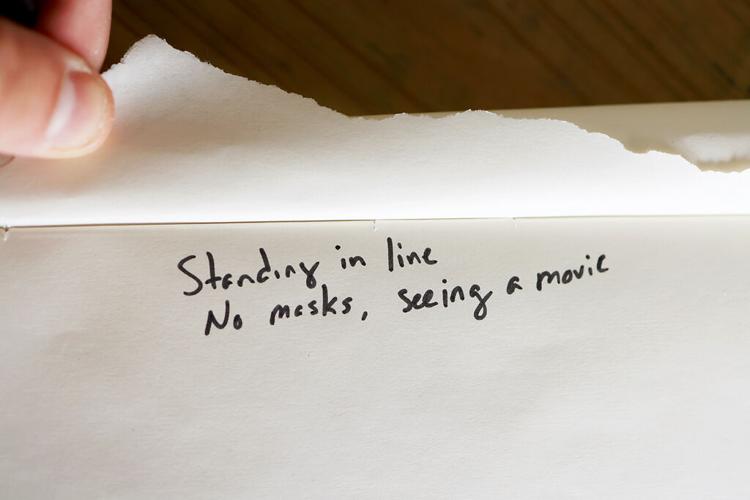 Alex Muñoz reflects on what he misses from pre-quarantine March 6 at the Columbia Farmers Market. “For me, it’s just kind of not having to think before I go, like, there’s the spontaneousness of like, yeah, let’s go see a movie,” Muñoz said. 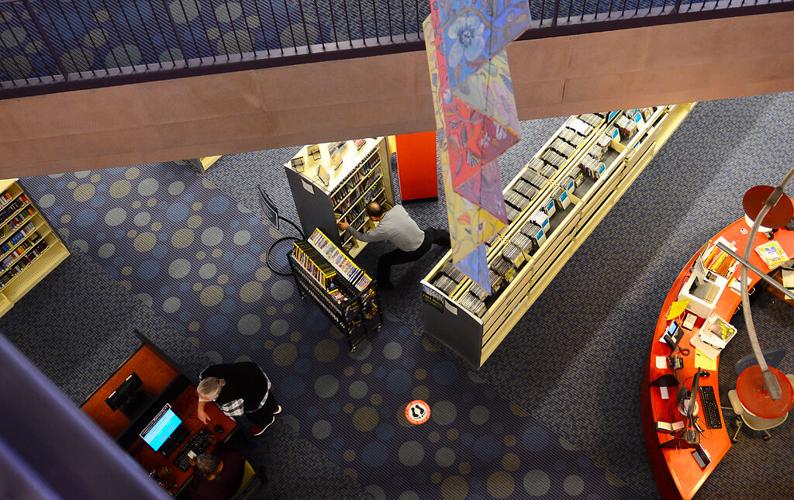 Ming Leong puts books away Monday at the Columbia Public Library. Leong has worked at the library for four years and says he loves everything about working there. 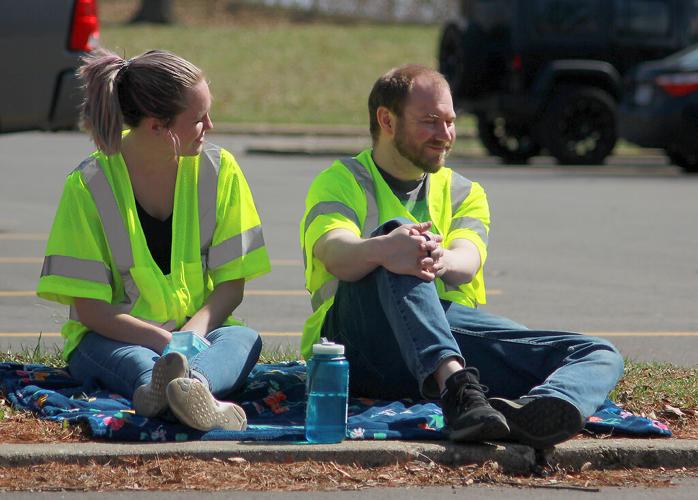 City official Colleen Spurlock, left, and Kyle Rieman sit on a blanket while directing traffic for the CoMo200 pop-up park Sunday at Cosmo-Bethel Park in Columbia. Cones sat at the entrance of the Cosmo-Bethel parking lot that led cars in a parade to visit the various sponsors.

The Week in Photos takes a deep dive into one story from the previous week of Missourian reporting. This week, we're looking at Daniel Shular's coverage of a vigil held on Friday in remembrance of the eight people who were killed Tuesday in Atlanta. Haley Singleton covered a second vigil downtown; Minh Connors was the photo editor for both.

Amy Schaffer woke up Wednesday morning to a text from her mother.

"Can you call me this morning, please?" it read. "Just so I know you're safe."

Schaffer called, confused, and listened in shock as her mom told her the news: eight people, including six Asian women, had been killed the day before during a shooting spree in Atlanta.

Schaffer, a freshman member of MU's Asian American Association, sprung into action. She suggested that the organization hold a vigil in Speaker's Circle on Thursday evening; less than 24 hours later, nearly 100 people were gathered to honor the victims and their families.

"The whole time, I felt like I was floating above it," Schaffer said. "I just knew that when I was speaking, I was looking out at a lot of faces. I didn't even want to count because I would just overwhelm myself."

This vigil is where Daniel Shular found himself Friday night — not with candles or flowers, but with a camera and notepad, documenting the evening. Shular is an experienced protest photographer, but the intimacy of the vigil, though not a new experience, wasn't quite what he's used to.

"I still feel sometimes like I'm dropping in on something I shouldn't," Shular said. "You're taking pictures of people in a very stressful, very bad time. [It's] a lot of what I do, but you're still inserting yourself into a somber setting. You stick out much more than in basically any other setting."

Once the vigil began, the crowd quieted and gathered around the speakers at the front of the pack. Shular took audio recordings of the speakers and wrote down everything he could about people in the crowd — their names, their appearances, the filename of the photo or audio he made of them. Then, he made a "mad dash" to talk to each of them before they left.

"I could've asked for names during it, but it felt like it was not the right time," Shular said. "So I ended up spending a lot of time there, which was good... As a white dude, maybe I should spend some more time at things like these and get some more perspective."

It helped, Shular said, that he knew Schaffer from volunteering together at the Missourian. Schaffer greeted him when he arrived, which served as a good icebreaker with the rest of the participants.

Schaffer, a photojournalist, was actually called on to photograph the vigil before editor Minh Connors learned she was one of the organizers. The offers to Schaffer and Shular were intentional on Connors' part.

"When I was selecting the photographers, I really wanted someone that could recognize how sensitive and important situations like these are," Connors said. "We want people to be positive players in these events."

Schaffer turned down the assignment due to her direct conflict of interest, but there was more than organization membership at play.

Schaffer identifies as both a journalist and an activist, which can be a thin line to walk when it comes to reporting objectively. There are ways that she separates her identities in certain situations — but that's not always the most effective way to tell stories.

"While I'm out in the field getting quotes from people, there's already that level of empathy," Schaffer said. "They'll look at me, and they understand that I understand. I can ask questions that a white reporter probably couldn't, and I can probably get away with asking those hard-hitting questions without overstepping."

Connors felt a similar connection to the week's events while editing Shular's photos.

"Being half-Asian, it was almost personal," Connors said. "Every story, I try to put in the best I can in effort, but I felt like this story was especially important, given the circumstances... It was important to tell the story the best way it could be and show the most compelling and impactful photos."

The Week in Photos also highlights some of the visual team's best work that you may have missed throughout the week. We hit a couple of major milestones this week marking the one-year anniversary of the COVID-19 pandemic in mid-Missouri. We focused much of our energies on projects, but caught some breaking news and casual features along the way.

'She just disappeared': One COVID-19 loss