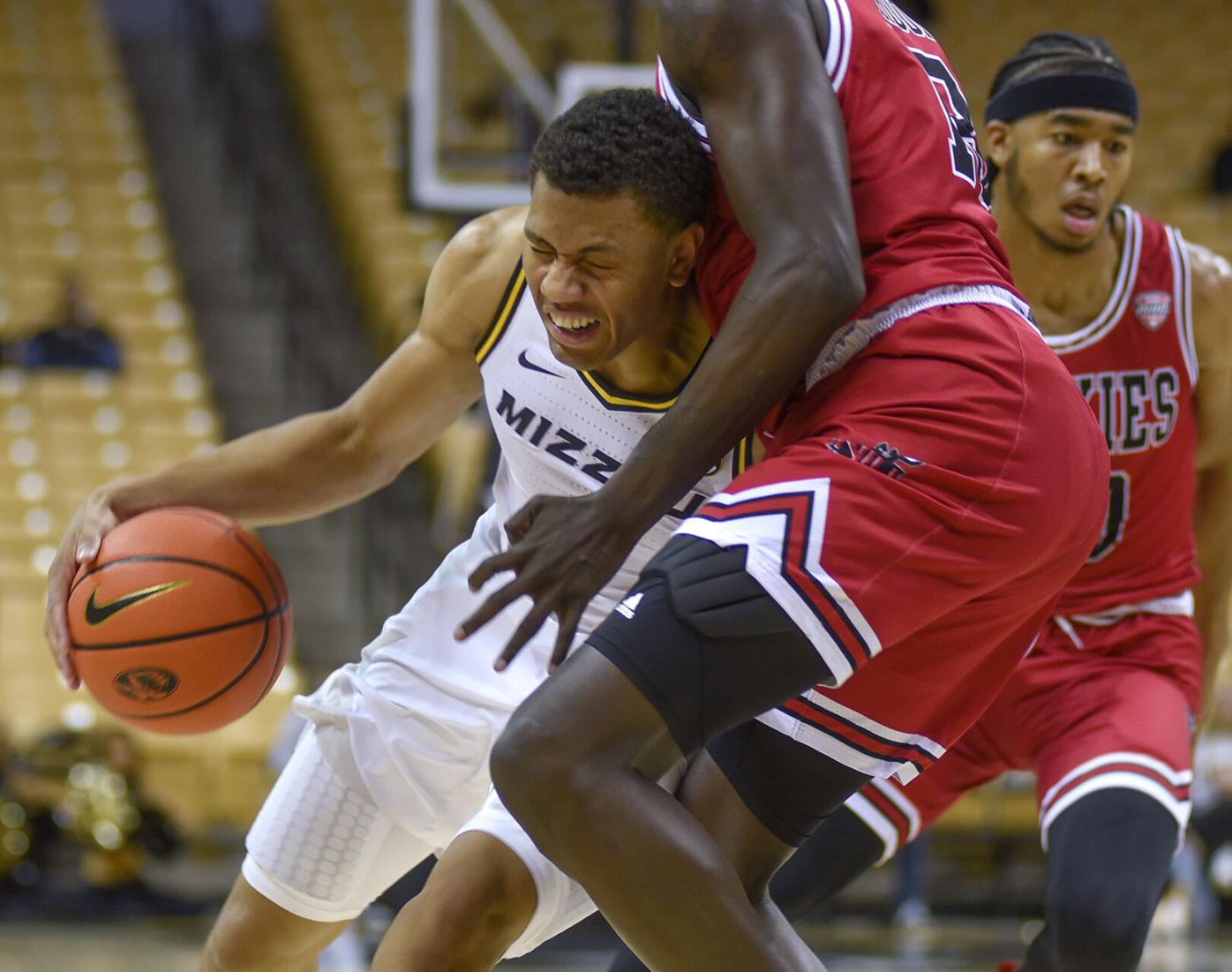 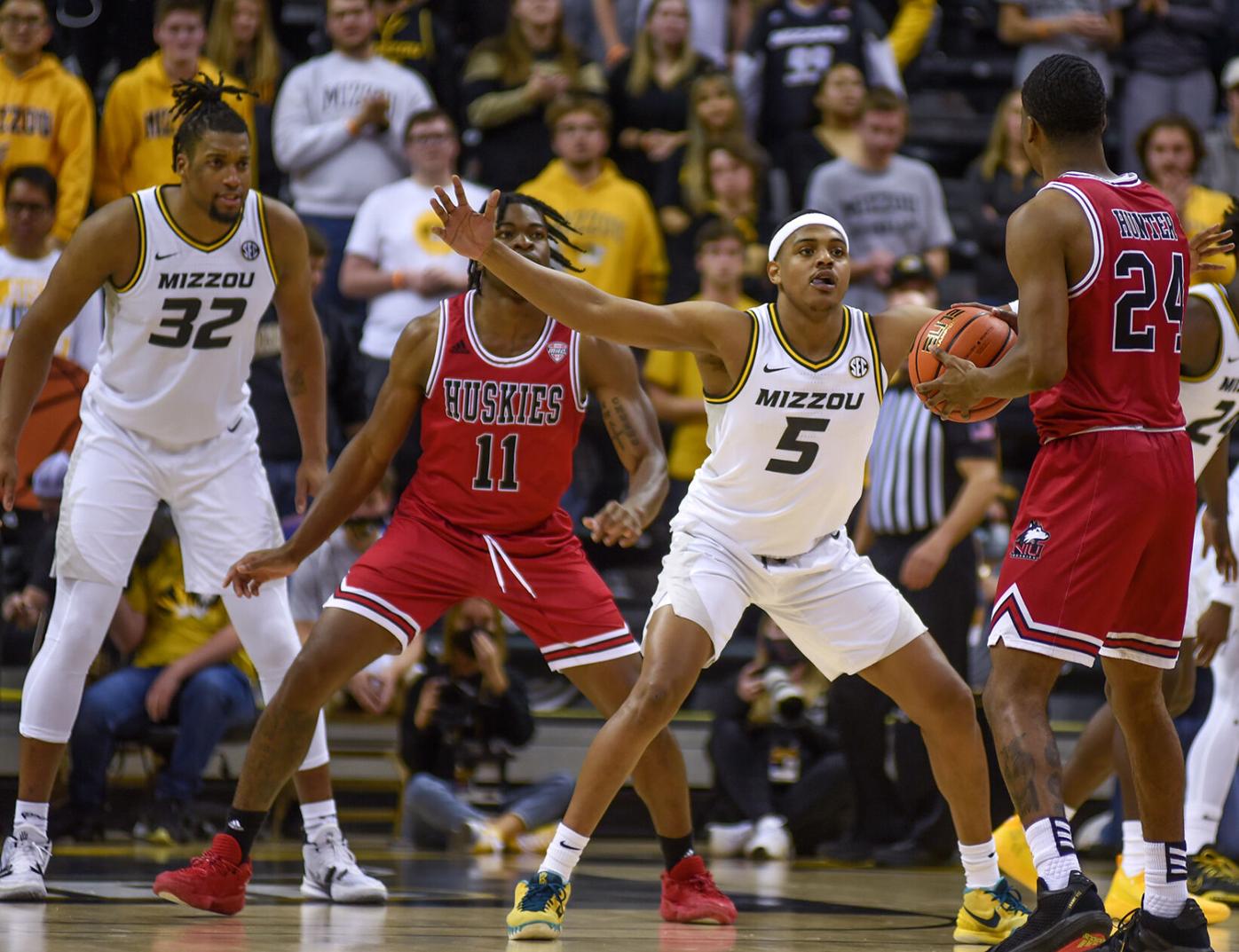 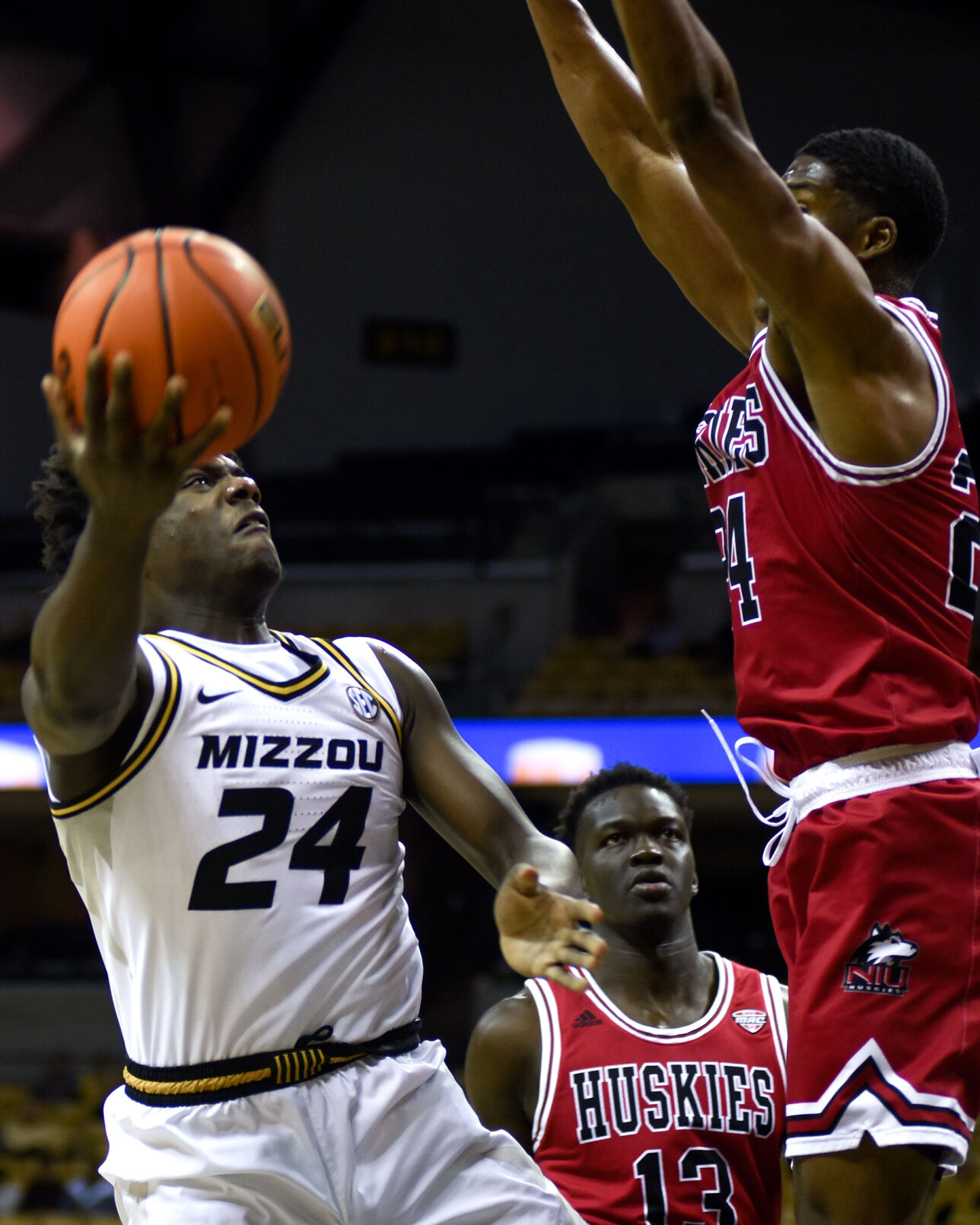 Missouri forward Kobe Brown lays the ball up while defended by Northern Illinois guard Darweshi Hunter on Thursday in Columbia. Brown scored 13 points in the game. 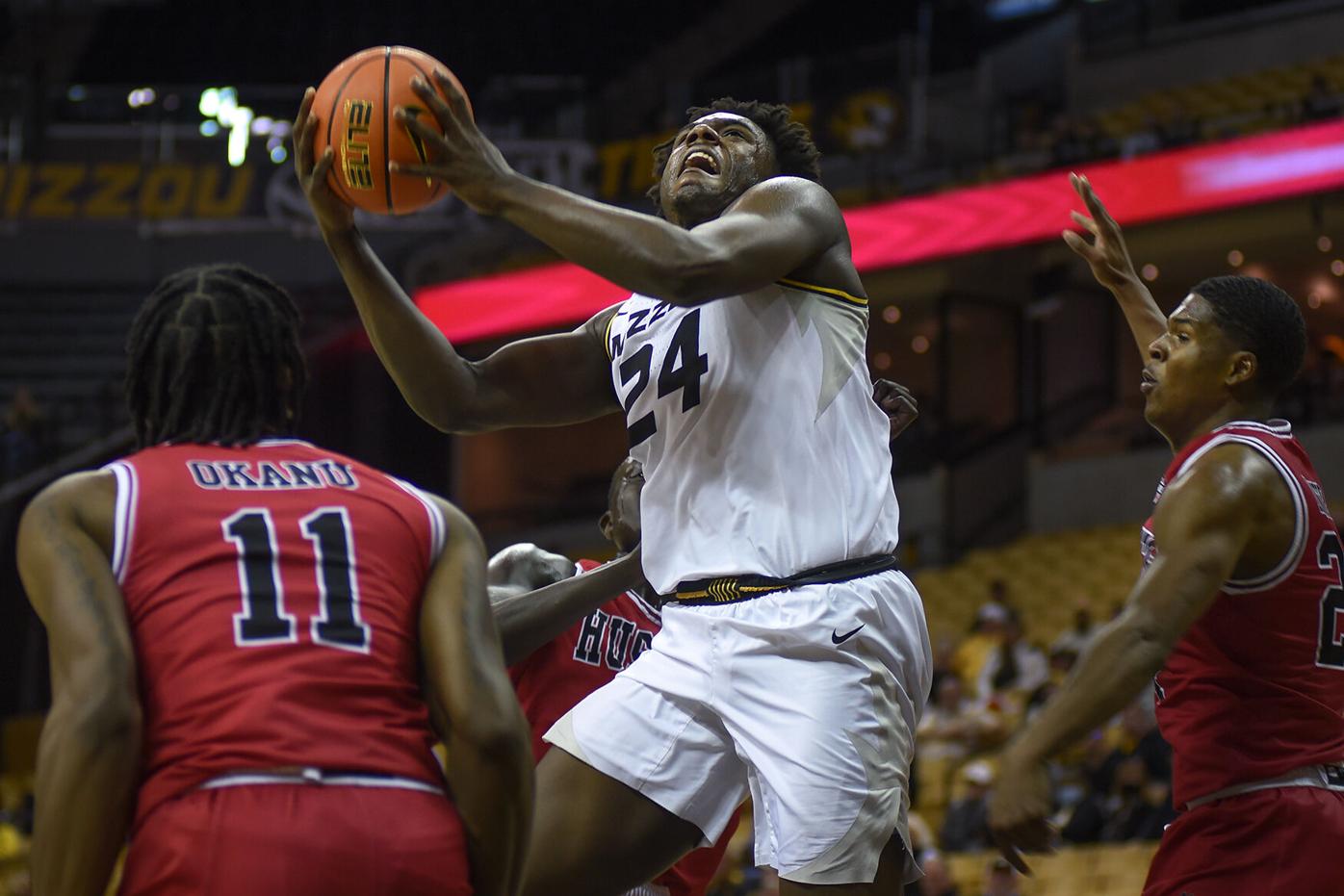 Missouri forward Kobe Brown rises through the Northern Illinois defense on his way to the basket Thursday at Mizzou Arena in Columbia. Missouri won 54-37. 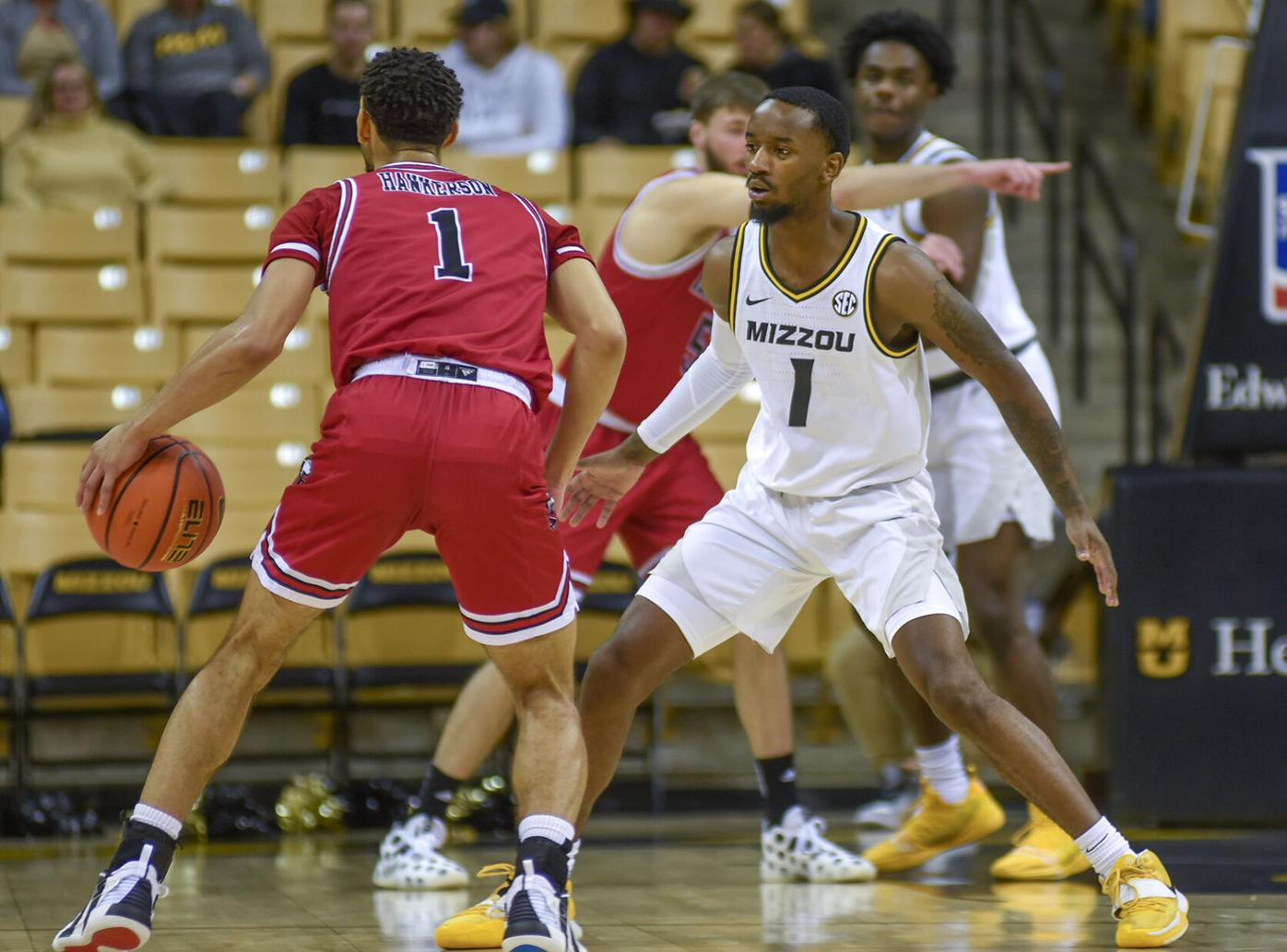 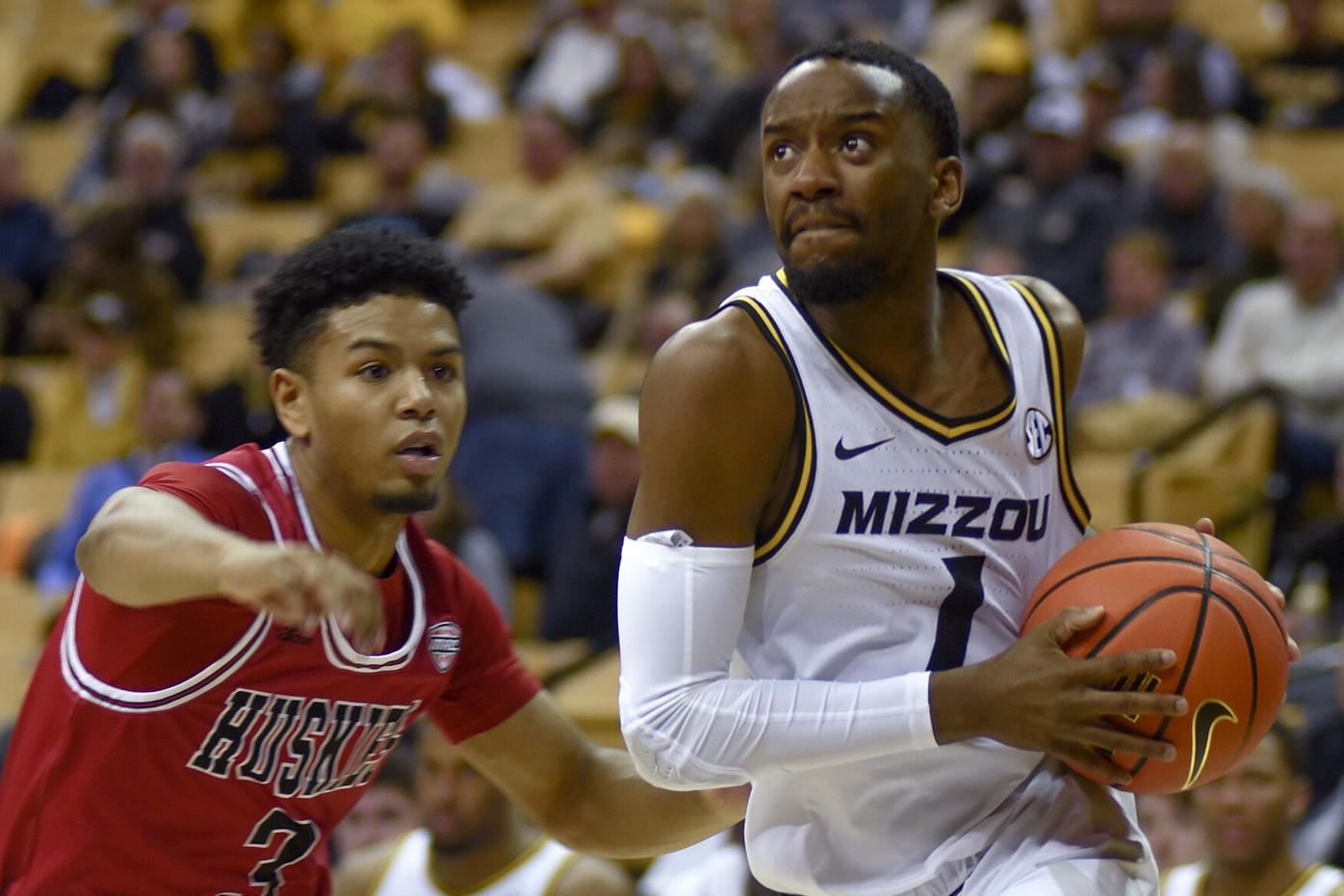 Guard Amari David looks to the basket Thursday at Mizzou Arena in Columbia. Missouri's next game is Sunday against Southern Methodist. 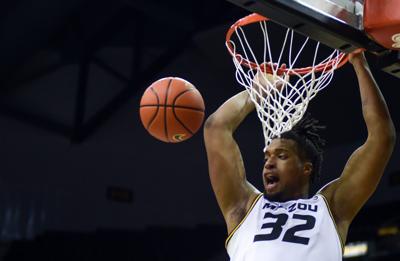 Coming off a loss to Kansas City earlier this week, Missouri earned a needed 54-37 win over Northern Illinois on Thursday evening. Evenly matched for the first half, the Tigers held the Huskies to 16 total second-half points and zero points in the final four minutes of the game. Forward Kobe Brown led Missouri's offense, scoring a game-high 13 points, while forward Jordan Wilmore anchored the paint on both ends with six rebounds, three blocks and four dunks. Missouri is now 2-1 for the season and will play Southern Methodist on Sunday in the Jacksonville Classic in Jacksonville, Fla.