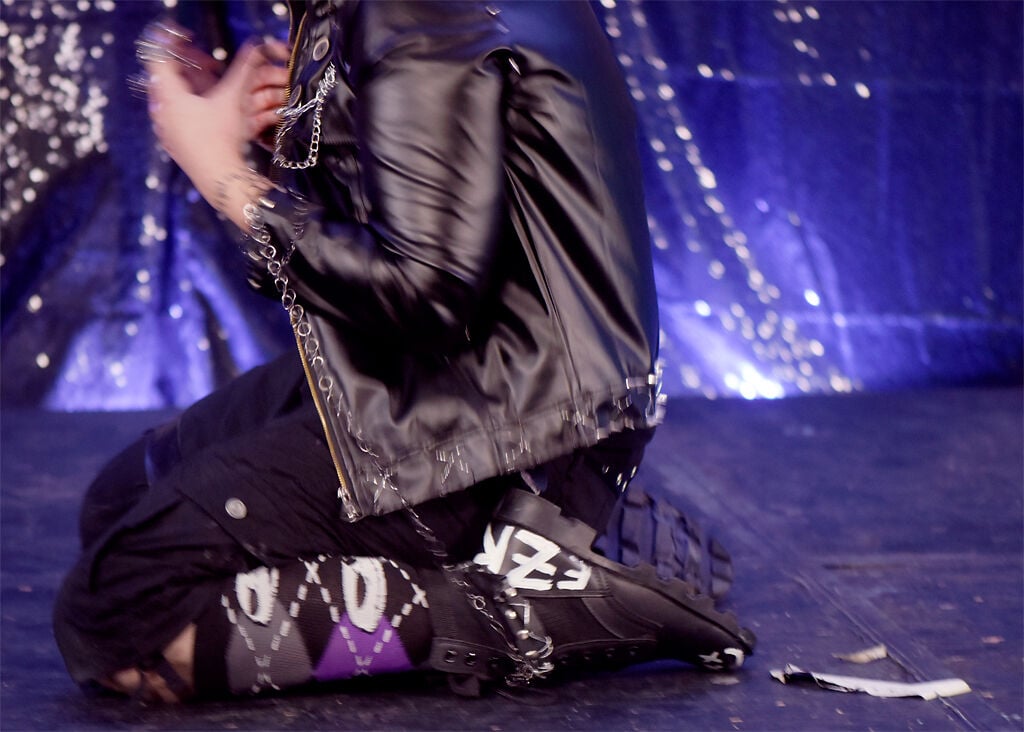 Ezra Prince, one of the newer members of the drag community, takes on a goth aesthetic for his performance Feb. 4 at Twaddle Orthodontics in Columbia. He considers himself a "drag baby" and said he appreciates getting the experience alongside returning drag performers. 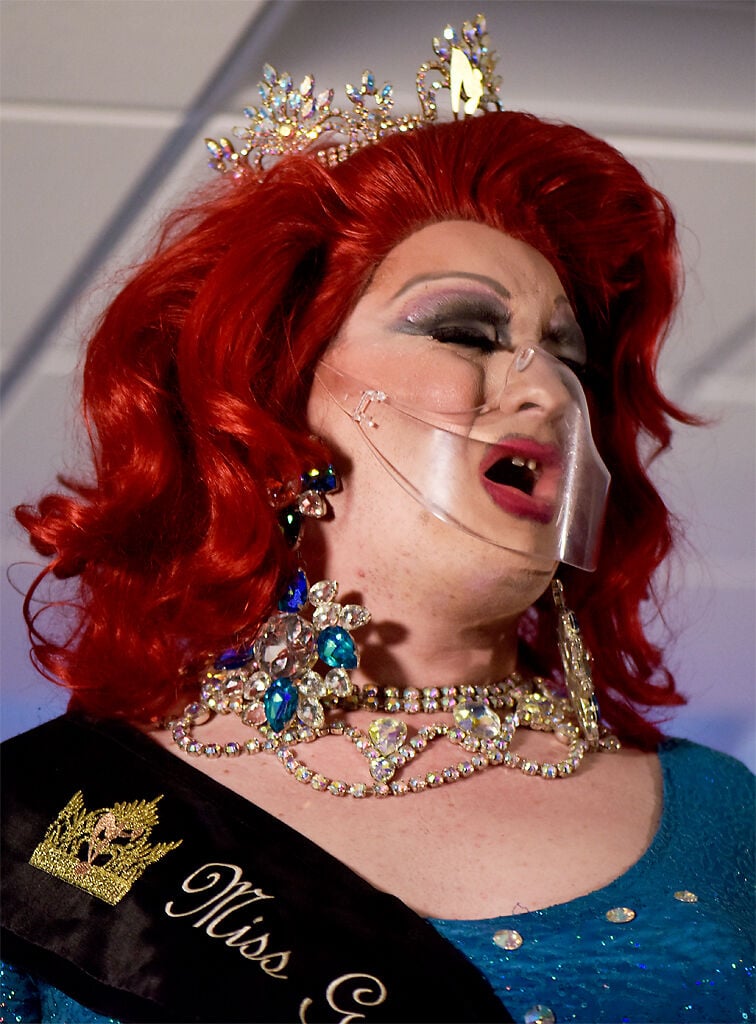 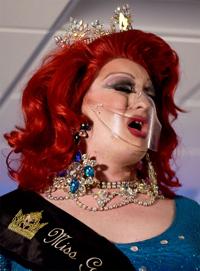 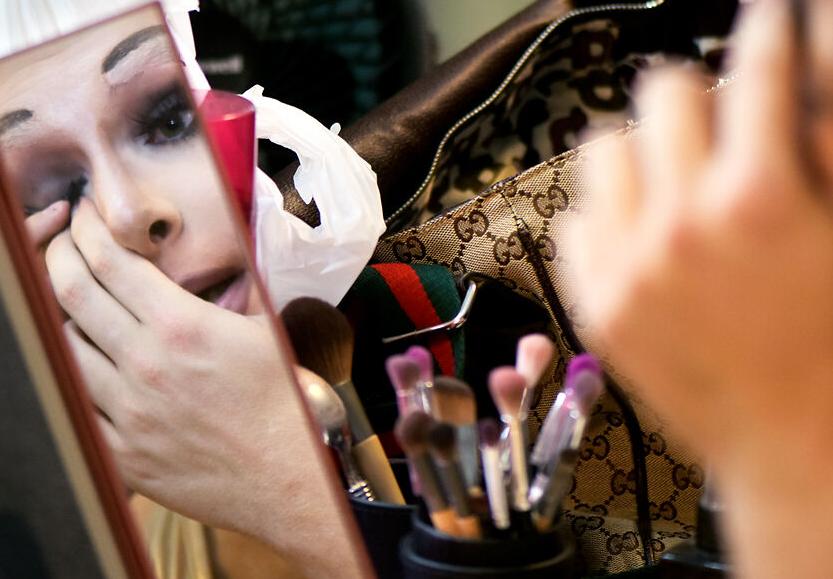 Lady Persona applies her eyelashes before the performance Feb. 4 at Twaddle Orthodontics in Columbia. Nclusion Plus, a support program for local drag entertainers, hosted the event in the basement. The program hosts its performances at various locations and on live streams. 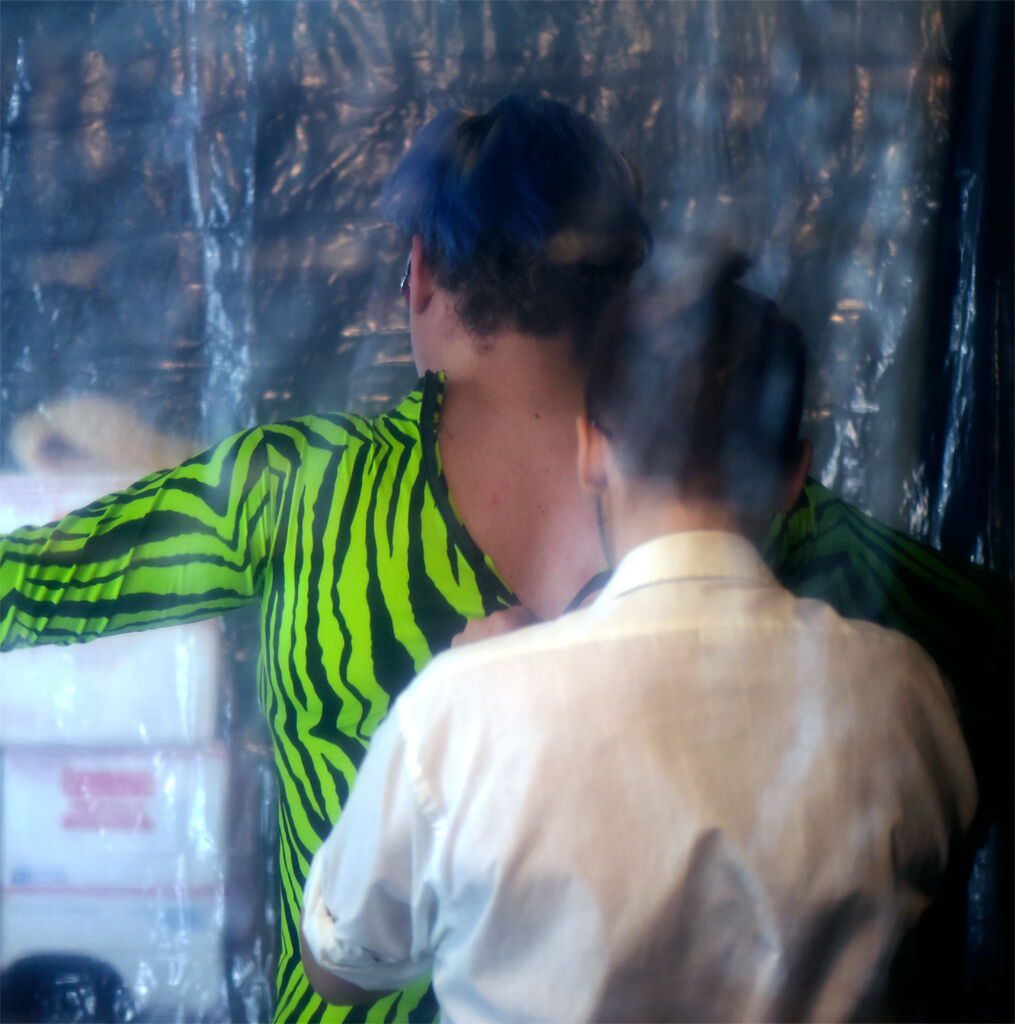 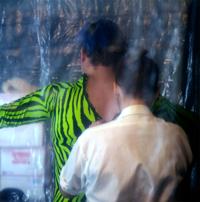 Ezra Prince helps Amanda Lay zip up her dress on Feb. 4 at Twaddle Orthodontics in Columbia. Amanda Lay mentors new drag performers with their presentation, entertainment and social media in programs run by Nclusion Plus. Ezra Prince is one of her new performers, who started drag back in August of last year. 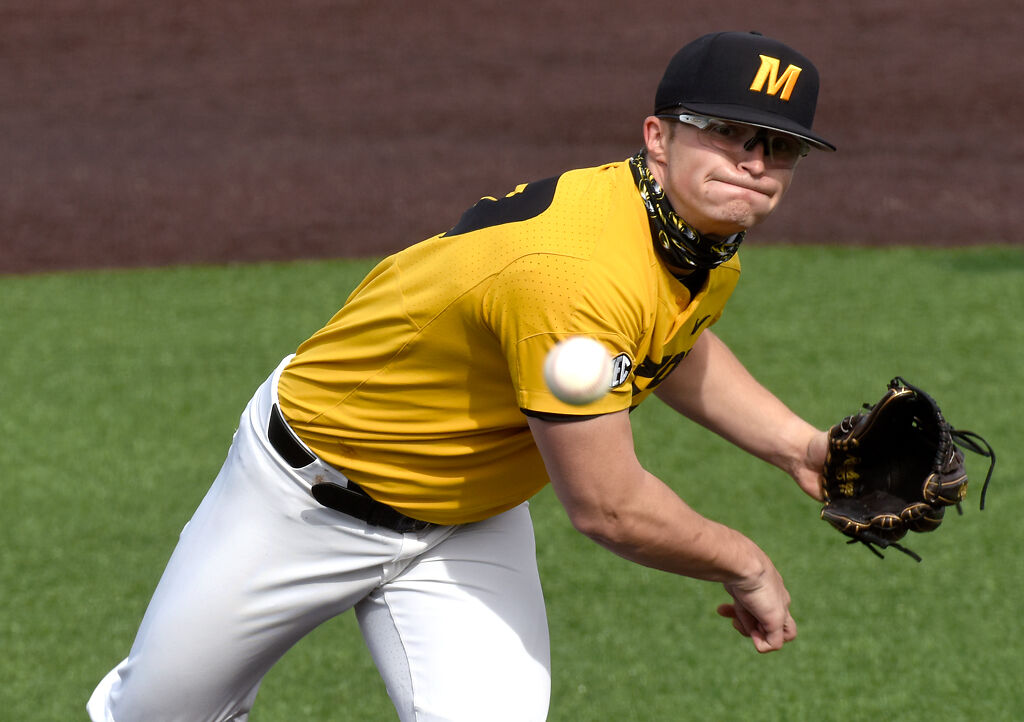 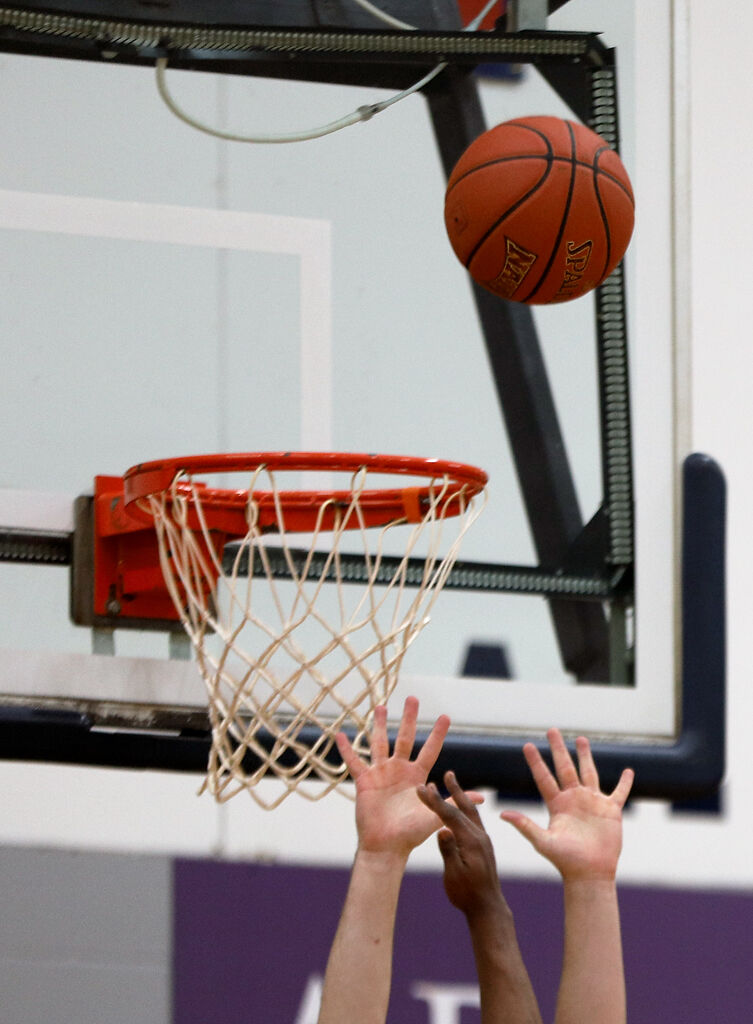 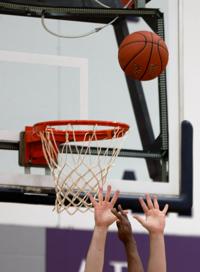 Columbia College's Jacob Ungles, left, and Williams Baptist's Shackle Butters reach for a rebound Thursday at the Southwell Complex in Columbia. Butters had 10 rebounds for Williams in their last game against Columbia. 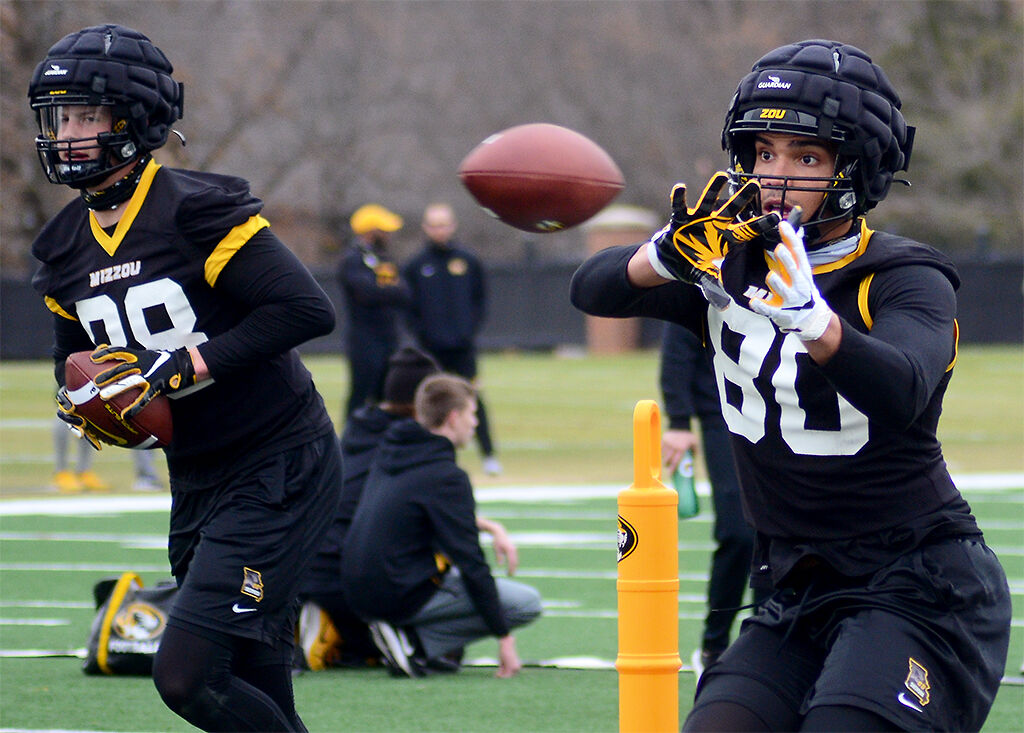 Tight end Messiah Swinson catches a pass Friday at the Mizzou Athletics Training Complex in Columbia. The first day of spring training marks the Tiger's 131st season and 10th in the SEC conference. 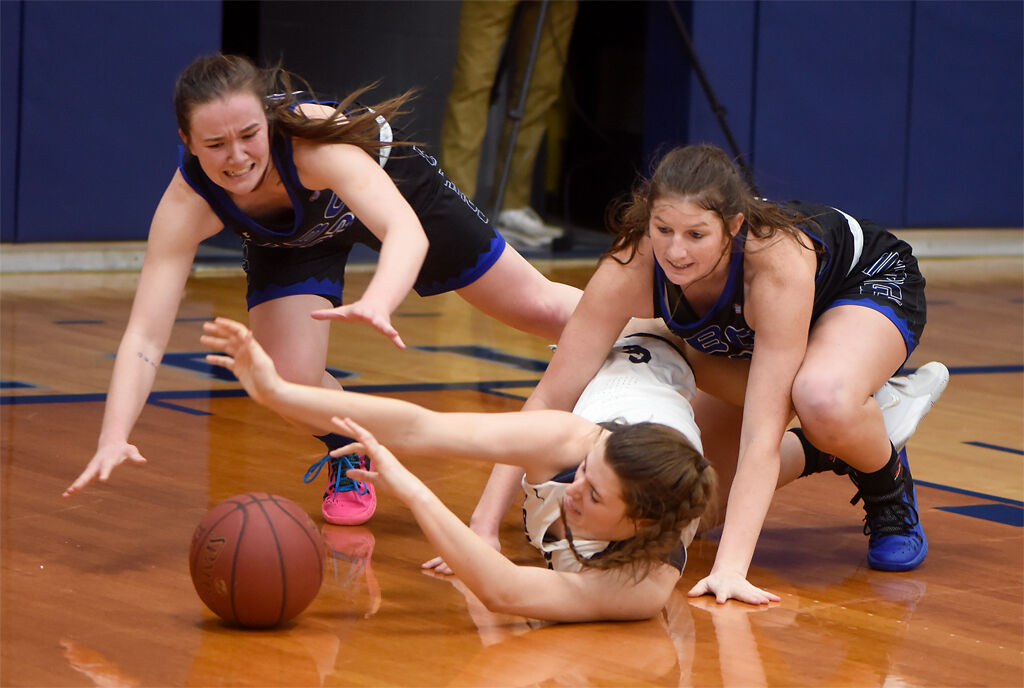 Central Baptist's Holly Allen, left, and Riley Bridges try to grab the ball from Columbia College's Allison Stiers on Friday at Southwell Complex in Columbia. Columbia had 11 steals during the game. 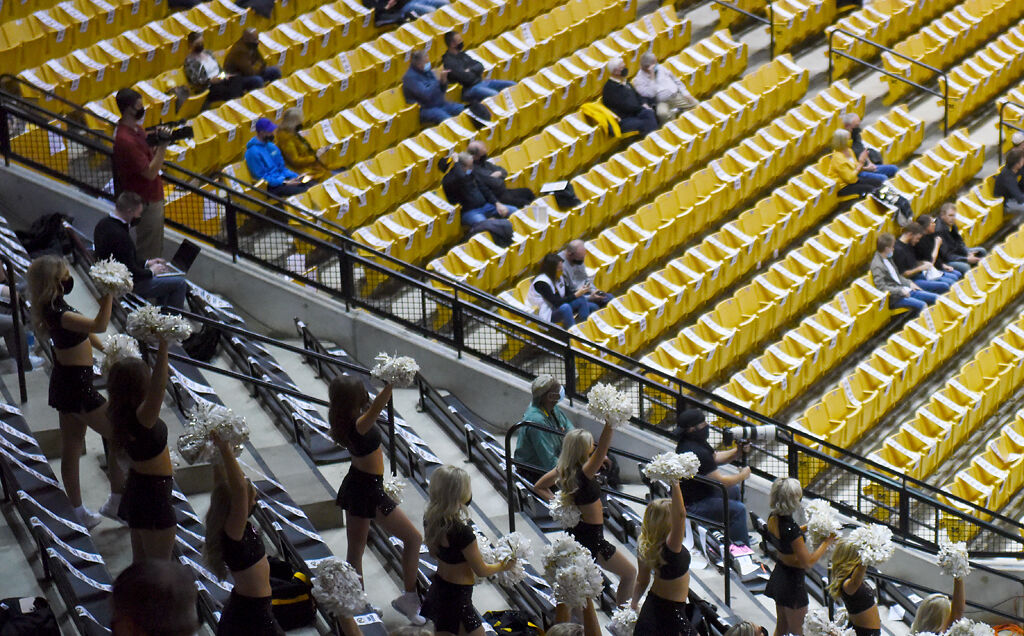 Fans and cheerleaders watch as the Missouri Tigers play against Ole Miss Rebels on Tuesday at the Mizzou Arena in Columbia. The Mizzou Arena continued to abide by CDC guidelines by keeping the arena at 20% capacity. 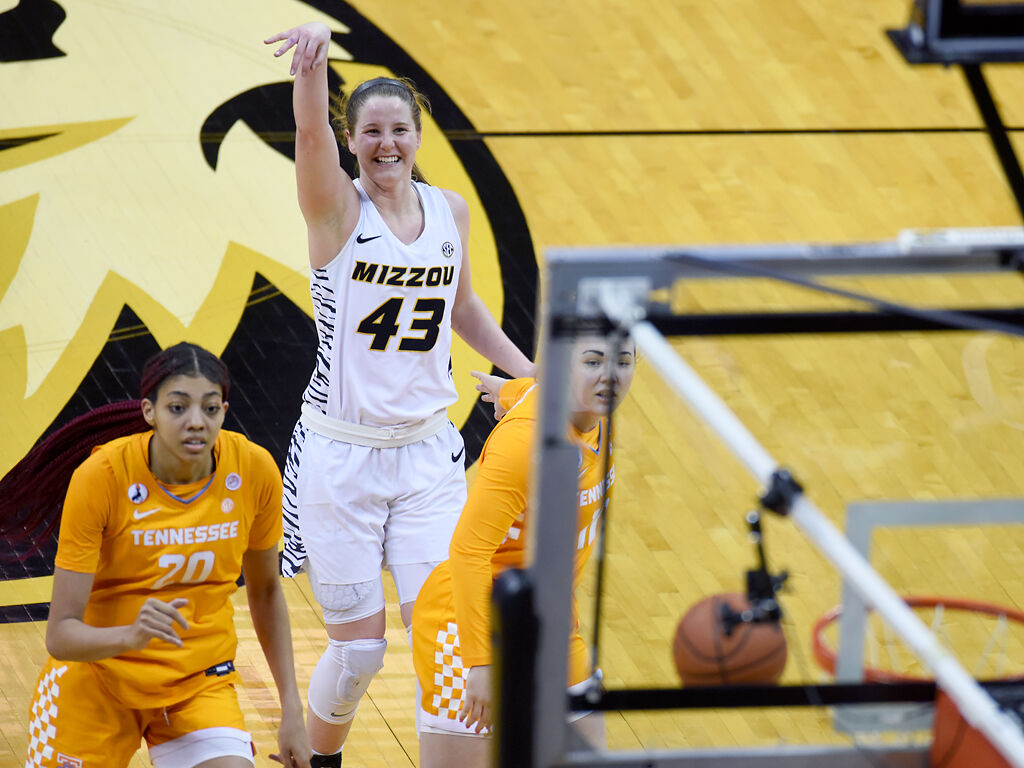 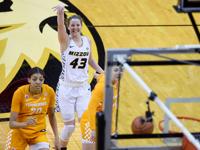 Missouri sophomore forward Hayley Frank smiles despite missing her 3-point shot during the game against Tennessee on Thursday at Mizzou Arena in Columbia. 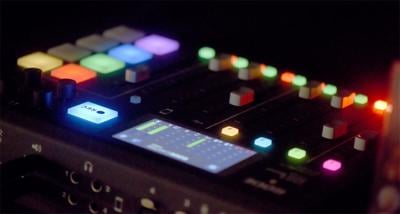 The Week in Photos takes a deep dive into one story from the previous week of Missourian reporting. This week, we're looking at Haley Singleton's coverage of Nclusion Plus, a support program for local drag entertainers. Alexandria Wells wrote the accompanying story; Jack Anstine was the photo editor.

When Columbia's only LGBTQ-dedicated bar, Yin Yang, closed in April, local drag performers founded a pop-up, subscription-based club. The queens currently perform at a cocktail bar downtown and in the basement of an orthodontist's office.

Photographer Haley Singleton and reporter Alexandria Wells were both looking to cover Columbia's drag community. They found out about Nclusion Plus — and about each other — at around the same time, and they began collaborating shortly thereafter.

Wells and Singleton made a point to leave their preconceptions at the door for this story — including what they knew from previous Missourian reporting. They attempted a new angle on the typical drag story: not focusing on the performances, but on the unique circumstances around them.

"We wanted to make sure the photos weren't going to be repetitive," Wells said. "I think that's where we had to really focus on what exactly we were trying to say in this story."

Wells, a photojournalism major, had been in Singleton's shoes before. Working with reporters had become second-nature to her when she was a staff photographer, so she knew how to approach it from the other side.

"We were able to communicate what kind of ideas we wanted," Singleton said. "[We talked about] how she thought of it visually compared to how I was thinking visually."

"Every story that I get, every story I'm pitching, I think, 'Next step: visuals,'" Wells said. "What can we do to make this story really pop to the reader? I know a lot of reporters don't always think that way because there's too much of a divide. I think that gives me a wonderful opportunity to merge those two worlds."

At each event, the reporters had a wide selection of moments and topics to focus on: the performances, the crowd, the preparations, the location, the COVID-19 precautions, the community, the history, the future... But even after the photographer chooses what to shoot and the reporter chooses who to talk to, decisions are still being made to shape the story.

Singleton and Wells collaborated with photo editor Jack Anstine on this story. His role, beyond editing Singleton's pictures, became keeping all parts of the story connected and cohesive.

"We made sure that the photos were reflecting the story [Wells] was telling," Anstine said. "That way, we're not telling two separate, disjointed stories."

For example, Anstine and Singleton decided late in the editing process to cut a photo of drags queens getting ready backstage behind a protective curtain.

The photo was good, Anstine said, and it stood on its own, but the story didn't dig into safety precautions in a way that would've justified including the photo.

"With the final edit, [Anstine] chose really good photos that were representative but not repetitive," Singleton said.

The Week in Photos also highlights some of the visual team's best work that you may have missed throughout the week. This week, we covered... a lot... of sports. Between MU, Columbia College and local high schools, our photographers attended 13 games this week.

Columbia College wins against Central Baptist in the semifinals